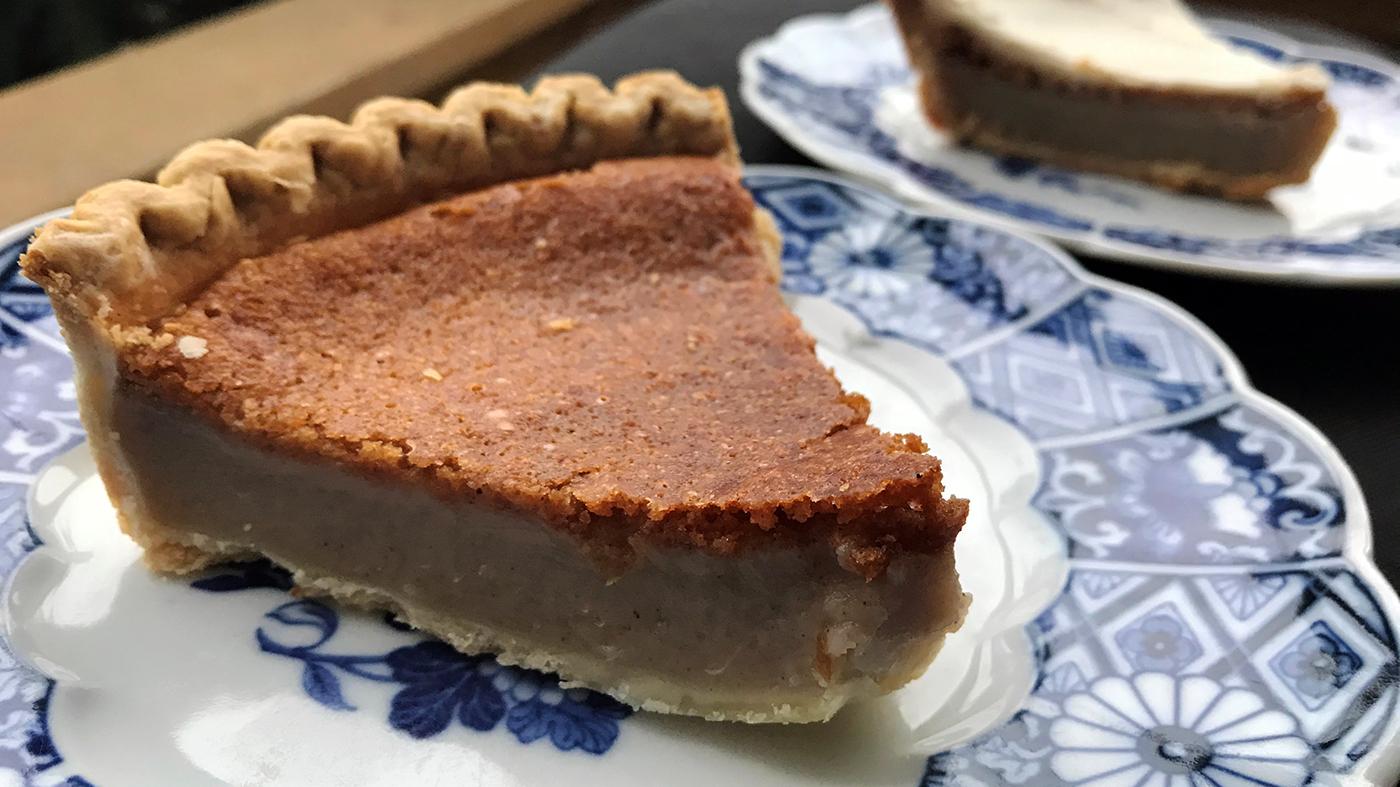 A slice of Imani's Original bean pie, with a cream cheese-frosted slice in the background

Despite its name, the navy bean is white, not blue, and, contrary to your expectations, the pie made from it is sweet, not savory. What is the navy bean, you might ask, and what is it doing in a pie?

First, its name. According to Bean Growers Australia, the name refers not to the color but to the United States Navy, which has served the nutrient-rich beans to its sailors since the mid-1800s. Imani Muhammad has heard the same story—and she spends a lot of time around navy beans.

“I do pretty much everything beans: veggie burgers with the navy beans, of course soup, chili, pasta—that was too much work, so that was one time,” she says, laughing. But most important is pie.

Muhammad is the chef and owner behind Imani’s Original Bean Pies, through which she sells pies across the country via Etsy and across Chicago at various specialty stores. Soon, she will also have a dedicated storefront presence for the first time. Renovations are currently under way at 741 W. 79th Street in Auburn Gresham on a new convenience-type store that will also include a prep kitchen and retail window for Imani’s Original. The location is already proven: Muhammad says that S.A.W. Variety Store, next door, has had the highest sales of her pies of any store where they are sold. So when the owner of S.A.W. decided to move into the larger space next door (it used to be a daycare) and asked Muhammad if she wanted to join him, she said yes.

Now back to the bean pie. It is considered to be perhaps the only native Muslim American food, and was developed by the black Muslims of the Nation of Islam in the 1930s. As the Brooklyn oral historian Zaheer Ali told Slate, “People say something is as American as apple pie; well, I feel like it’s like as Muslim American as bean pie.” 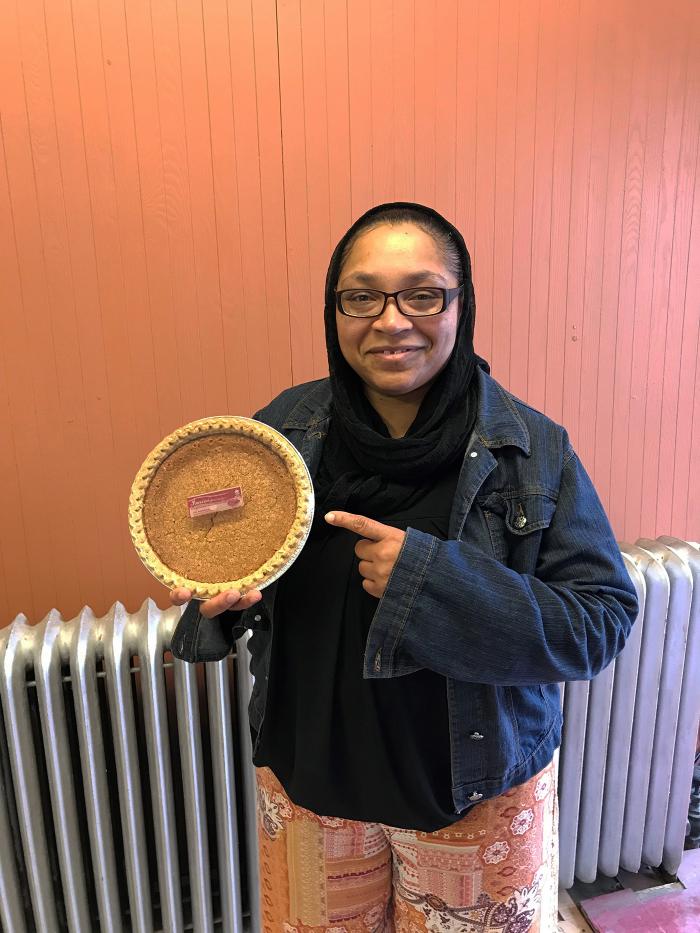 Imani Muhammad with one of her bean pies in her currently under-renovation new space, at 741 W. 79th Street The bean pie was part of the Nation of Islam’s attempt to avoid anything that came out of slavery and create things independent of that original American sin—so instead of the quintessentially Southern sweet potato pie, you had the similarly textured and spiced bean pie. Muhammad says that, in the book How to Eat to Live, Elijah Muhammad, the longtime leader of the Nation of Islam, “talked about the navy bean having all of the nutrients that you needed to sustain you, that you could actually live off the navy bean.”

From that prescription sprouted the bean pie, as well as the pop culture trope (referenced in everything from rap songs to TV shows) of the bowtie-wearing Nation of Islam member hawking the dessert on street corners. Given that the Nation has been headquartered on the South Side of Chicago since the 1930s, the bean pie was common on the South Side throughout the middle of the last century.

(It should be noted that beans are commonly found in many East Asian desserts, from Chinese and Japanese buns to Korean bingsu—but those are typically red beans, not navy beans.)

Muhammad’s own involvement with the bean pie began in the 2000s as part of a home school daycare project with her daughter, who was about seven at the time. “It was a project where we were discussing the navy bean: how it got its name, its nutritional values. From there, we always like to, if we can, incorporate recipes into whatever our projects are. So we did bean pie, bean soup, and bean salad. Two out of three were not bad—the salad was awful,” she laughs.

Muhammad had not been a baker. “My grandmother and my great-grandmother were so good at it, I would tell them, ‘Why would I?’,” she says with a chuckle. But she cooked a lot for the daycare, and when she made the bean pie, “Everyone loved it,” she says. “The parents were encouraging, ‘You all could sell this.’ So we did, as a fundraiser for the daycare, and people kept coming, and we kept discussing, and then it became more of a project.”

From that original pie, Muhammad continued refining and standardizing the recipe as she scaled up her business: soaking the beans, boiling them, pureeing them with milk, eggs, raw sugar, and spices reminiscent of sweet potato pie, baking it all. She eventually began making vegan bean pies as well—apple, peach, blueberry—and a cream cheese-frosted regular one, and selling them in bigger chain stores such as Whole Foods while working out of rented, shared facilities. (While moving into her new space, she has pulled back from selling in the bigger stores until she is settled in and can again increase her output.)

Muhammad joined the Nation of Islam as a young adult. While she didn’t bake, the grandmother of some of her close friends—“They’re all like family to me, so I hate to say my friends,” she says—did, so Muhammad grew up eating her bean pies. “She’s still around, and she says mine are better, but I don’t know,” Muhammad says with a smile. “Because for me, her pies were a different experience. She’s a master. I’m still a student.”

Imani’s Original customers would probably disagree. Muhammad says she has shipped pies as far as Hawaii and California, and that she gets lots of orders from the East Coast—and that’s not including people in Chicago. That’s pretty widespread for a humble bean, in pies prepared by the hands of a humble baker.