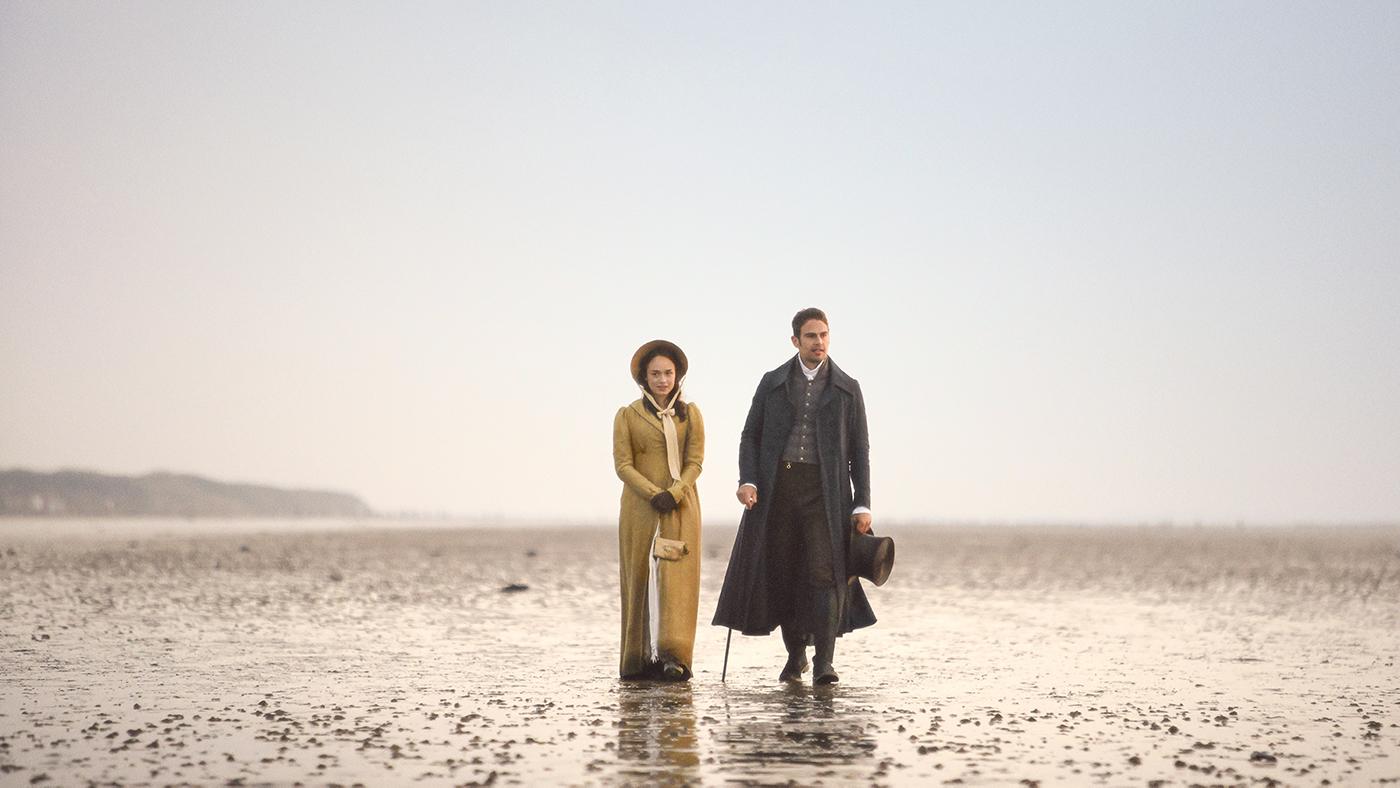 Charlotte and Sidney finally reckon with their feelings for each other. Photo: Simon Ridgway/Red Planet Pictures /ITV 2019

Sanditon is available to stream the following day. Recap the previous and following episodes.

Almost everything is moving towards a happy ending in Sanditon. The midsummer ball is approaching, and London society is preparing to attend, to Tom’s delight. The town’s grand terrace is nearly complete, and Stringer has been offered an apprenticeship with an architect in London on the strength of his work. Esther is free of her brother Edward and lives with Lady Denham—perhaps not her preferred companion, but she does stand to inherit Denham’s fortune. And while she coyly disparages Lord Babington during a pleasurable carriage ride, she clearly enjoys his company.

Lady Denham advises Esther to marry Babington. Esther responds that she’s not worth his devotion and could never love him as much as he loves her. Denham responds that it’s better to be loved than to love, and tells of her own youthful infatuation with a man who discarded her for a wealthier woman. Lady Denham understands the heartbreak Edward has caused Esther.

There’s just one discordant note in all this happiness: Georgiana, realizing that Charlotte is falling in love with Sidney, warns her that she can’t trust him.

But Charlotte can’t stop thinking about Sidney’s admission that he is his best self around her. She and Sidney take a walk along the cliffs and make awkward small talk, skirting the issue. But eventually he admits that he wanted a moment alone with her and that he keeps thinking about their conversation—and then they finally kiss.

Before the midsummer ball, Mary tells Charlotte that Tom, Sidney’s brother, proposed to her at a ball. 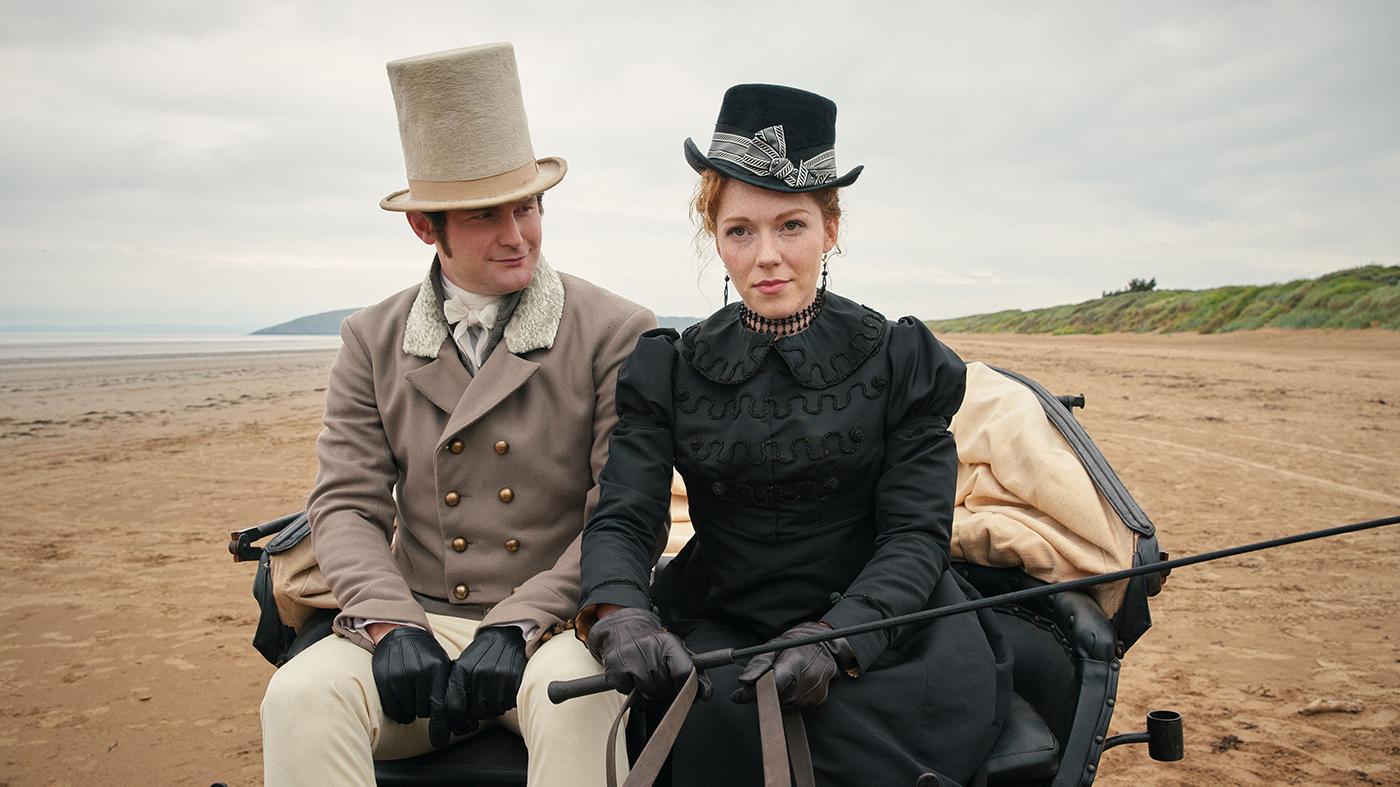 As the ball begins, Charlotte and Sidney are continually pulled in different directions: Tom introduces Sidney to important guests, Georgiana asks Sidney how he will ruin Charlotte’s happiness as he did hers, Stringer asks Charlotte to dance. Stringer tells Charlotte about his apprenticeship, news thatshe takes much better than his father did—when he told him just before the ball, his father was upset with him for leaving Sanditon, and Stringer angrily left him working alone on Sanditon’s terrace in the dwindling twilight. Charlotte tells Stringer they’ll miss him in Sanditon—she might have reason to stay there, she says, glancing across the room at Sidney.

Meanwhile, Arthur dances with Georgiana and whirls so enthusiastically that he has to take a break and catch his breath. Diana, his sister, is worried about his health (as usual), and suggests that they leave the excitement of the ball for home. As they depart, she admits that she’s worried he has fallen in love with Georgiana and she, Diana, will be left alone. Arthur laughs, and says he and the heiress are simply pals—love is not in his future.

Arm-in-arm, the siblings suddenly notice an ominous glow in the windows of the town’s new terrace. Stringer’s father has had some sort of attack while working into the night, knocking over a candle and starting the blaze.

Back at the ball, Sidney and Charlotte have finally found a chance to talk, on the same balcony where they had their first, inauspicious conversation. “I have never wanted to care for anyone but myself,” Sidney tells Charlotte. As he starts to ask her something, a commotion breaks out: Edward has appeared, declaring that Esther loves him and he was a fool to betray her with Clara. Everyone stares—Esther sobbingly tells Edward to leave—and Sidney and Babington drag Edward away.

Before Diana arrives at the ball to get help with the fire, Esther manages to speak with Babington. She worries that Babington is now disgusted by her, knowing that she loved her stepbrother, but he doesn’t care; he’s in love. I don’t love you back as intensely, Esther responds. He says he doesn’t care. He doesn’t want to lead or constrain her; he just wants to live life alongside her. Very well, she says—and they kiss.

Sidney doesn’t get the chance to reconvene with Charlotte before the alarm about the fire is raised. Everyone—Arthur, Sidney, Charlotte—shows their worth in combatting it. Stringer runs home to search for his father. He’s not there; he has perished in the blaze.

When Charlotte visits Stringer the next day, he tells her he feels guilty. He shouldn’t have let his father keep working alone, and he wishes that they hadn’t parted on a quarrel. 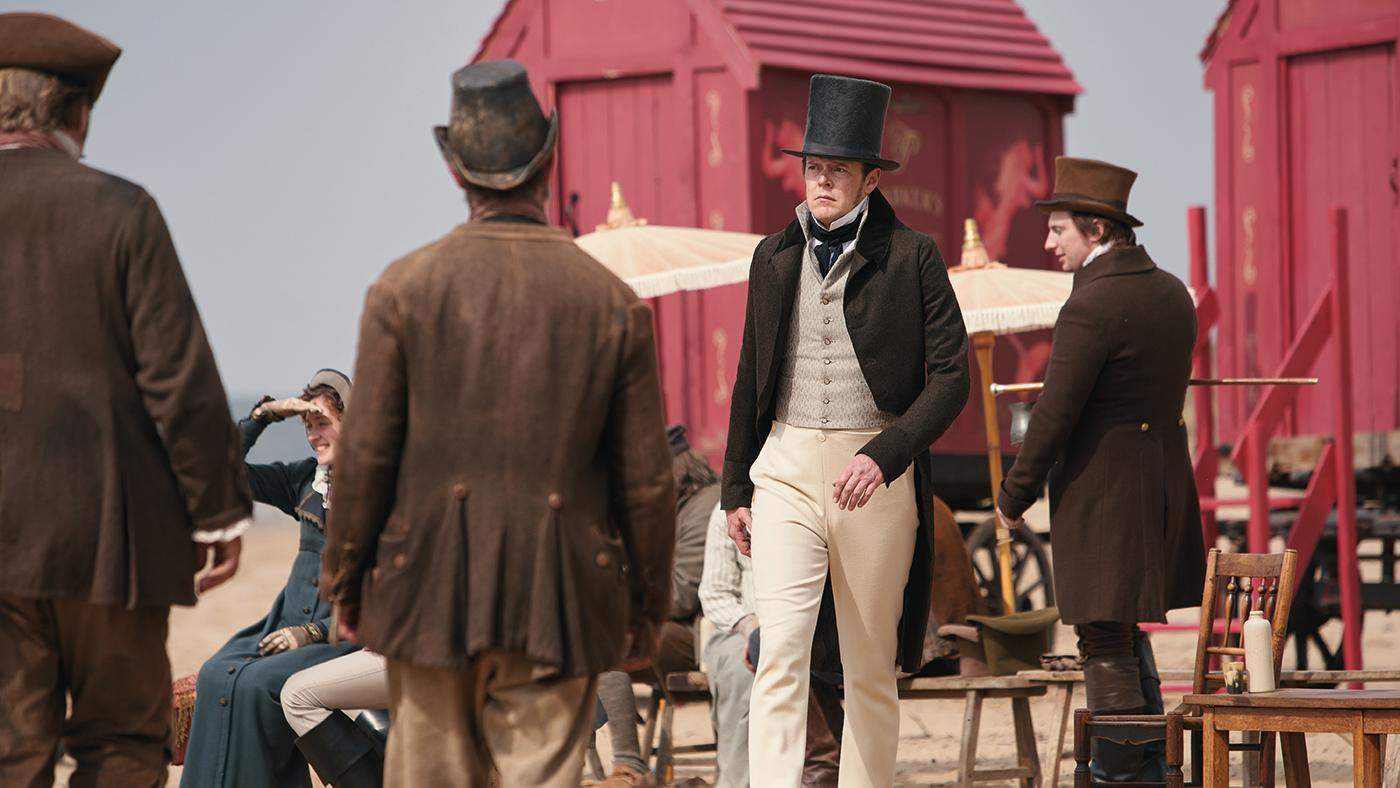 As the Parker siblings survey the damage, Tom admits that he had no insurance on the burned-down building—he was too deep in debt, and now his loans will ruin him completely. Not even Arthur’s offer of his share of their inheritance will help. Diana refuses to give up.

Lady Denham is ready to: she’s furious at Tom for squandering her investments. Charlotte and Sidney beg her to give them a week to come up with the money, and she accepts. Sidney rides off to London to see what he can scrounge up, promising Charlotte he will be back soon. Tom apologizes to Mary for being a “silly, vainglorious fool” and ruining them, but she says she not only still believes in him, she still loves him.

Perhaps her belief would be better placed in Sidney. When he returns to Sanditon a week later, it is with excellent news: he has found the money to save Sanditon. Despite this good fortune, he seems melancholy, especially when he looks at Charlotte. For he has become engaged to the wealthy widow Eliza Campion in order to cover Tom’s debts. He had hoped to propose to Charlotte, he tells her, but this was the only way to save Tom. I understand, Charlotte barely chokes out, before dashing away to sob.

Esther’s marriage to Babington does at least work out. At the wedding, Lady Denham asks Charlotte if she still means to be independent. I wager you’ll be married soon, she says with a wink. Sidney and Charlotte have a despondent conversation, soon interrupted by Eliza. As she pulls him away, Sidney looks miserable.

Charlotte and Stringer have now traded plans. She is to leave Sanditon to return to her family, while he has decided to stay in town for the sake of his father’s memory, at least until Tom’s new works are completed. Stringer brings up Sidney’s engagement to Eliza and tells Charlotte Sidney’s a fool: Eliza’s not half the woman Charlotte is.

Arthur and Diana have also decided to leave Sanditon and return to London—they hear there’s a great new doctor there.

When Charlotte says goodbye to the Parkers, she tells Mary that her stay in Sanditon has been the greatest adventure of her life—she doesn’t regret coming. As her coach rides away from the town along the cliffs, it suddenly stops. Peeking out the window, she sees Sidney dismounting his horse. “I couldn’t let you go without…” he starts, trailing off. “I hope you don’t think badly of me.”

Never, Charlotte says. I don’t love her, he says, but Charlotte cuts him off. He is marrying Eliza; he must try to make her happy. He agrees. They both say goodbye, and ride off on their separate paths.