When the Green Line Shut Down for More Than Two Years 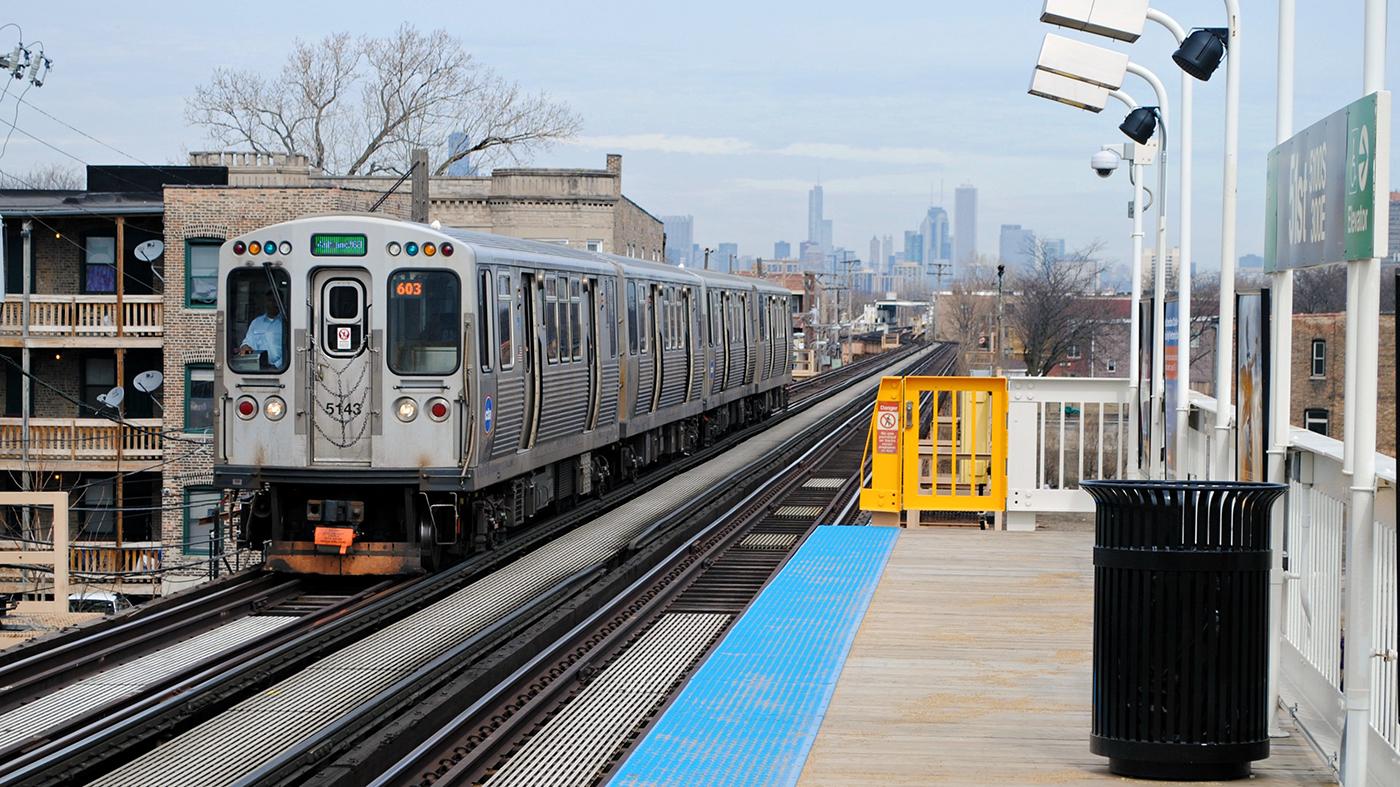 Geoffrey Baer’s new special Chicago by ‘L’ premieres Wednesday, March 4 at 7:30 pm. Explore the website where you’ll find an interactive guide to 43 of Chicago’s neighborhoods – from Andersonville to Woodlawn. You can read about the history and future of the ‘L’; watch stunning drone footage and video extras; find an animated “explainer” that gets to the bottom of the difference between wards, community areas, and neighborhoods; and browse a gallery of the art on the ‘L.’

If weekend closures of Red Line stations are an inconvenience, comfort yourself with the thought that it could be worse. More than 25 years ago, the Green Line—like the Red Line today—needed maintenance and modernizing. Back then, however, there were no periodic closures of a few stations. Instead, the CTA shut down the whole line—for more than two years.

The current work on the Red Line and the past maintenance of the Green Line may have one underlying reason in common—the age of the infrastructure—but they were undertaken in opposite climates.

When the CTA closed the Green Line for renovation in 1994, ridership was at a low point on the line: where in the late 1970s the western Lake Street branch had served over 50,000 riders a day and the southern Englewood-Jackson Park branches had 35,000 daily riders in the mid-1980s, the entire line was down to 27,000 people a day in the mid-1990s. There was talk of halving the number of stations on the line when it reopened. As a Chicago Tribune article put it on the eve of the project, “The CTA is investing a staggering $300 million in a creaky, century-old line that was threatened with closure.”

Meanwhile, when the CTA announced the first phase of projects in the Red and Purple Modernization (RPM) in 2014, ridership on the entire “L” system was nearing its all-time peak of 241.7 million, in 2015. While train ridership has declined somewhat since then, it remains higher than it was a decade ago. In fact, a major reason the CTA is undertaking RPM is so that it can serve more riders: “with current infrastructure constraints, the Red Line has reached capacity,” states the RPM website.

The RPM is “the largest capital investment in CTA history,” according to the CTA, with a $2.1 billion first phase. The Lawrence, Argyle, Berwyn, and Bryn Mawr stations will be completely reconstructed, a train bypass will be built near the Belmont station, and tracks will be modernized throughout the course of the RPM. Work on the bypass began in 2019, while “pre-stage” work began in 2020 on the stations to be reconstructed. The project is scheduled for completion by the end of 2024.

Four years may seem like a long time, but at least the Red Line will still function, with only two stations (Lawrence and Berwyn) shut down entirely. When the Green Line modernization project began in January of 1994, every station closed and trains stopped running on the line until May of 1996. For commuters, the Green Line had essentially ceased to exist.

Just as the RPM is record-breaking, so too was the Green Line modernization: when it reopened after 28 months and $350 million of work, it was touted as the most extensive rehabilitation project the CTA had yet undertaken. The aging infrastructure, which in some places was a century old, needed to be rebuilt. New tracks, ties, and an improved signal system were installed, while the structure supporting the elevated tracks was renovated.

Unsurprisingly, closing down a whole line proved controversial. The CTA originally planned to start work in December of 1993, but pushed it back to the new year when community leaders argued that riders and businesses shouldn’t be deprived of the train during the holidays. Throughout the project, various debates took place: how many stations should be reopened, whether to shorten the line, if the project would spur or hinder development.

When the Green Line closed, it had 28 stations. It reopened on Sunday, May 12, with twenty-two, and a twenty-third, at Laramie on the West Side, planned for the following year. Many of the discontinued stations were closed because of their proximity to other stations. (More stations would come later, too, like one at Garfield Park Conservatory, which relocated the historic station house from the closed Homan station.) For instance, the 58th Street station was only three blocks south of the Garfield station, so, even though it had been renovated only a decade earlier, it was shut down. Its platform remained until 2012. The 61st Street station was blocks away from King Drive, so it too got the axe. Racine had had relatively low ridership, so it didn’t reopen—but the historic station house still stands at street level.

Two other stations were nixed because of a shortening of what was once called the Jackson Park branch. In 1982, structural issues in the bridge over the Illinois Central Railroad at Dorchester caused service to be suspended on the branch south of 61st Street. When service resumed later that year, it went only as far as University, causing the branch to lose stations, at Dorchester and Jackson Park. The bridge was demolished in 1987, but plans were made for a new station at Dorchester and new tracks to it.

When the Green Line rehabilitation project began in 1994, much of the work on the track to Dorchester had been completed. But community leaders such as Bishop Arthur Brazier, pastor of the Apostolic Church of God at 63rd and Dorchester, fought to have the elevated tracks from Cottage Grove to Dorchester torn down. “I firmly believe that if the ‘L’ structure was not there, 63rd from Cottage Grove to Stony Island Avenue could be redeveloped with commercial nodes, which create jobs, and with housing for mixed-income people,” he told the Chicago Tribune in April 1994, calling the street under the “L” a “glorified alley.” He argued that the line was noisy, darkened the street, and gave people a perception of crime in the area. Some residents and business owners disagreed, believing Frazier wanted the tracks torn down so that upscale housing could be put in.

But Frazier won out. Even though maps listed Dorchester as the terminus during the rehabilitation project, the tracks from Cottage Grove east were never used after the Green Line reopened. They were demolished in 1997.

On the West Side, community leaders viewed the Green Line differently, taking its rehabilitation as an opportunity to spur redevelopment. As the Tribune put it, the rehabilitation brought forth “an emerging issue in urban planning: How can public transit best be used to rebuild communities?”—a topic that has become ever more prominent in the past couple decades, as ridership has grown and neighborhoods near the “L” like Logan Square have struggled with increasing property prices and displacement of residents.

While leaders fought over particulars of the rehabilitation plans, everyday riders coped with the loss of their usual mode of transportation. Two bus routes, a Michigan and Washington Express, were added to replace the Green Line, while some other bus routes were extended or re-routed to allow people to access the Blue Line along the Eisenhower Expressway on the West Side. The Friday before the line closed, the CTA handed out a key chain with tokens for five free rides—although distribution of the gift was reportedly rocky.

When the Green Line finally reopened in May 1996, the fare was reduced for two weeks in an effort to regain riders who had settled into a different transit routine as well as attract new customers. Whereas a cross-city trip from Harlem to 63rd Street took about 73 minutes before the line closed, it was now closer to an hour due to the improvements.

As inconvenient as it was, the rehabilitation of the Green Line was necessary, and also showed confidence in the growth and maintenance of the city, as the Tribune pointed out. “Shutting down the Green Line…would have allowed the cash-short CTA to save millions of dollars in operating expenses,” the paper said on the eve of the closure. “But closure also would have sent a distressing signal about the health of the city, meant jettisoning salvageable infrastructure, produced hardships on neighborhood businesses and, in some cases, inflicted inconvenience on people who use the line.”

So next time you find yourself griping about a closed Red Line station over the weekend, remind yourself: it could be much worse. At least it’s still running. 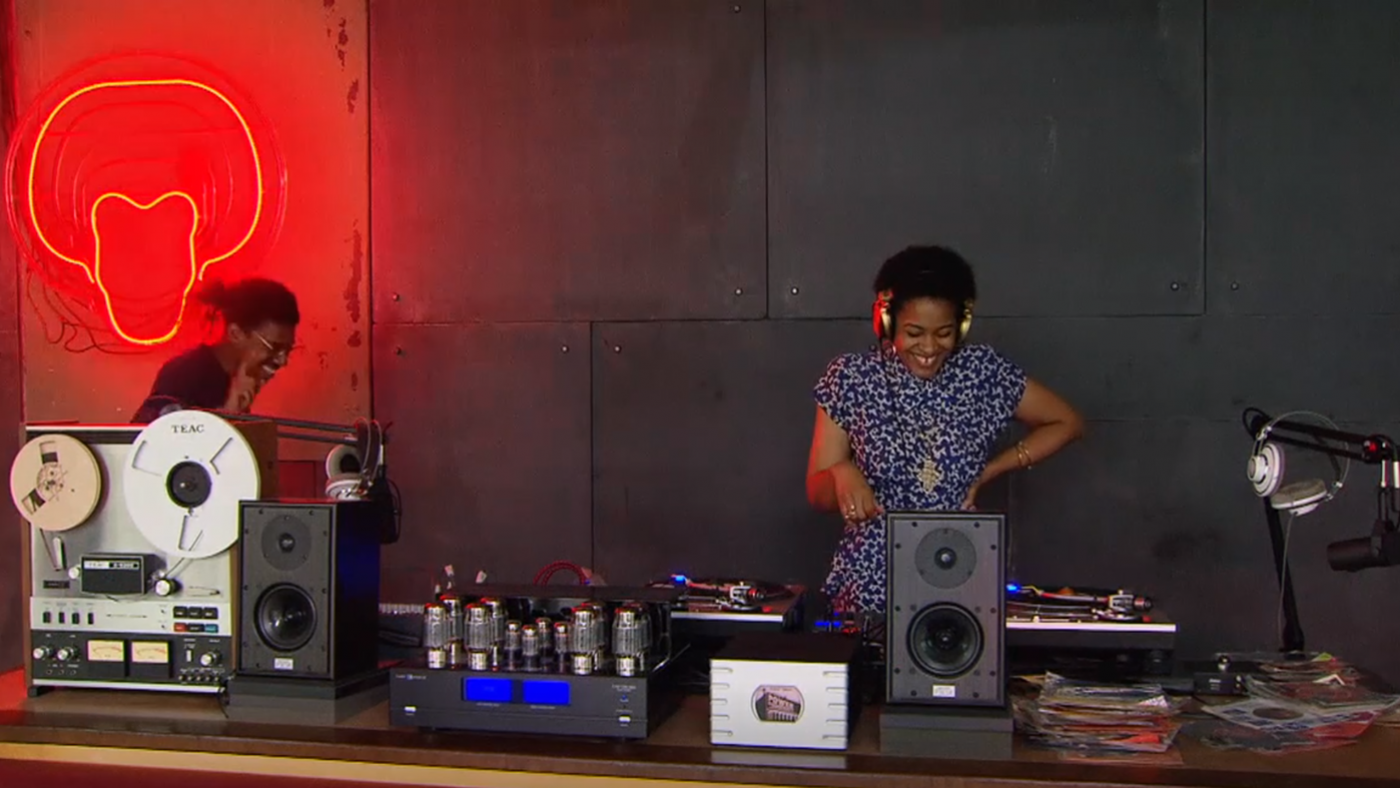 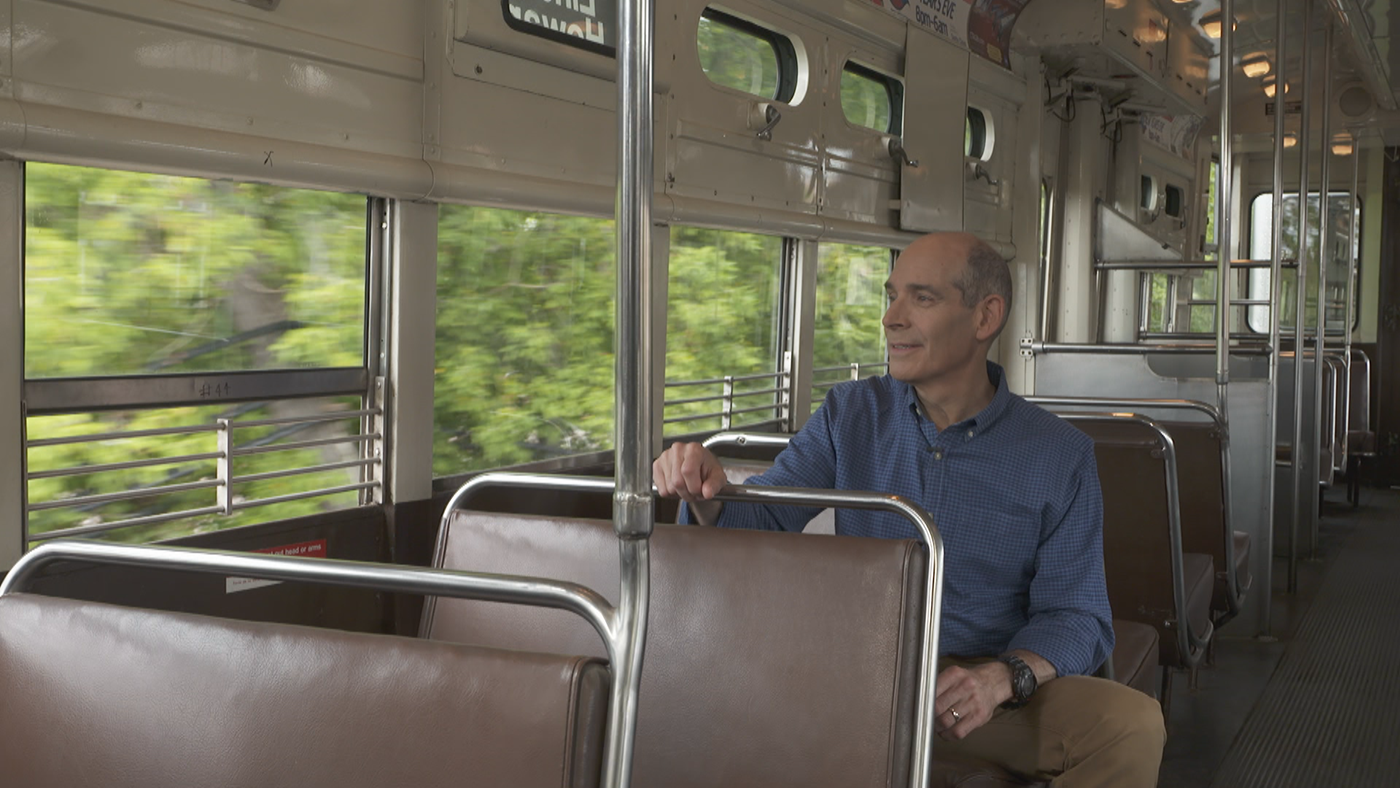