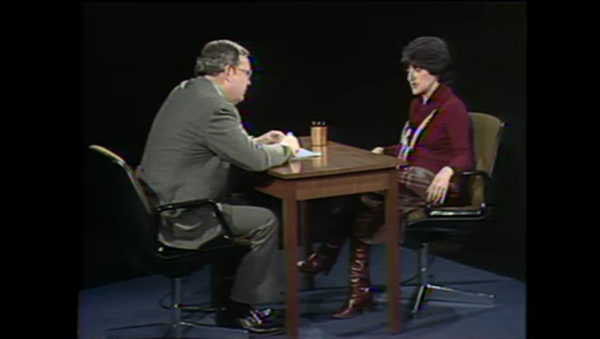 In 1977, writer Jane Kramer published a book called The Last Cowboy. Based on work she originally published in the New Yorker, for which she has written for decades, it examines the myth of the American cowboy through the life of one man, whom she gives the name Henry, who sticks to the old ethos and rules of Western cowboy life even as agribusiness comes in and destroys whatever remained of that original romanticized life.

It's a story that still resonates today, as historians and the public re-examine the myth of the American West and its effect on Native peoples and other non-white communities. Sections on the rise of big agribusiness presage that industry's huge consolidation that continues to this day, and also speak to growing concern over the environmental impact of eating meat.

In this interview from 1978 with WTTW's John Callaway, on his show Callaway Interviews, Kramer discusses both Western mythology and agribusiness, as well as bringing her daughter with her to report the book. "I...would have been, I think, very exotic to the people I visited had it not been for [my daughter]," she says. "The fact that I was somebody's mother made me also somebody's wife. That was a great relief...at least as they saw it."

From the Archive
John Callaway
Interview