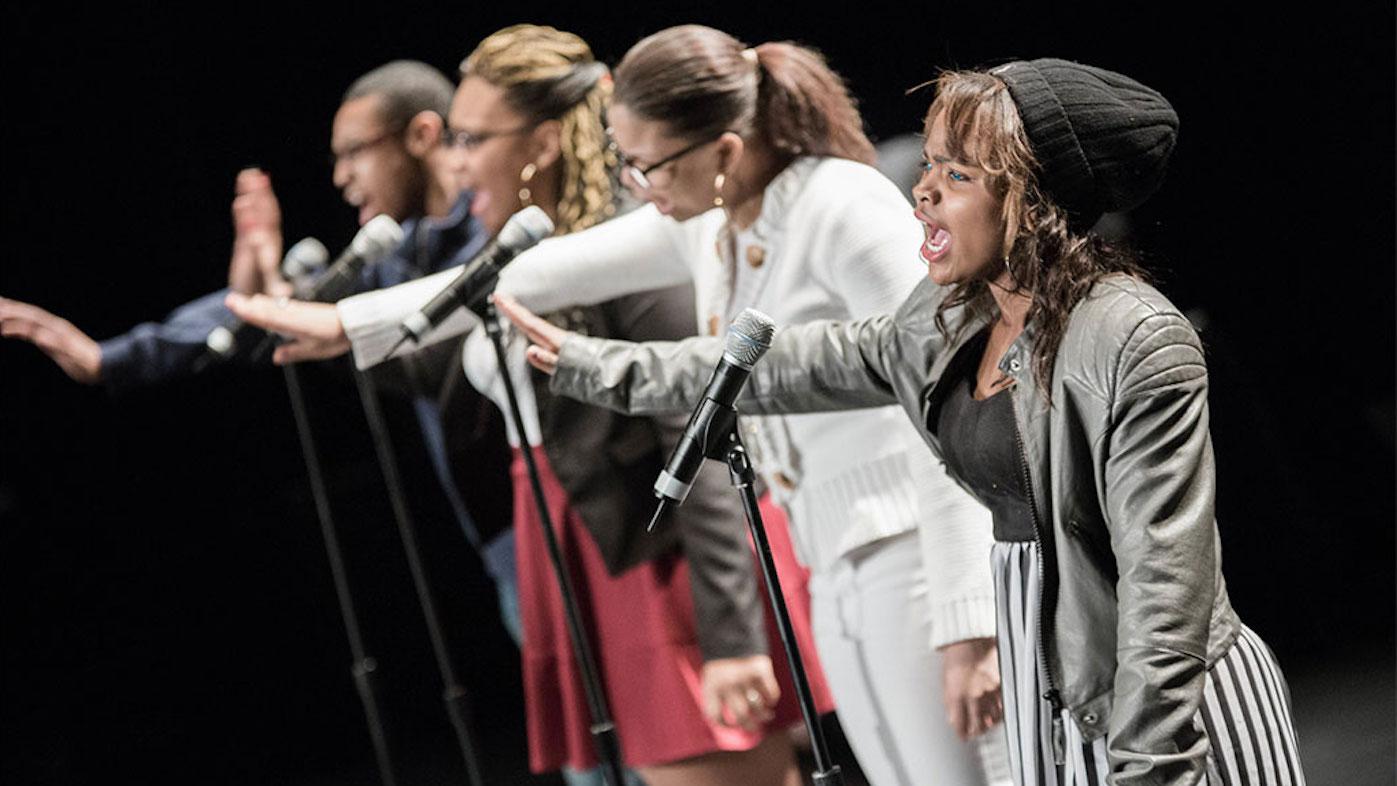 Louder Than A Bomb "was a time for a community to come together," but holding the youth poetry festival virtually creates new opportunities for connection. Photo: Young Chicago Authors

This is a big year for Penelope Alegria. A senior at Niles West High School in the northwest suburb of Skokie, she will graduate and attend Harvard in the fall, after finishing up a book of poetry that will be published soon. She was named Chicago Youth Poet Laureate by the youth poetry organization Young Chicago Authors (YCA) at the beginning of the school year, and through that designation, she performed at the Obama Foundation summit in October, getting to meet former president Barack Obama.

But some milestone events that were to come in this seminal year will now not happen the way they were supposed to, due to the coronavirus pandemic: graduation, for one, but also Louder Than A Bomb (LTAB), a YCA-run youth poetry festival founded in Chicago in 2001 that brings together students from every part of Chicagoland to share poetry and compete in individual and team performances—but as a favorite LTAB and slam poetry mantra goes, “The point is not the points; the point is the poetry.”

“One of my favorite parts of LTAB was meeting a bunch of poets and writers from all over the city who I would never have had a chance to talk to otherwise, because I’m in the northern suburbs,” says Alegria. “It was a time for a community to come together, and for kids to have a space to have a voice and for people to listen. When you’re young, you can talk, but it doesn’t always feel like people are paying attention. LTAB gives the space to explore, in a really happy event, where everyone is also really helpful in helping you grow as a writer and personally.”

LTAB typically takes place on stages across Chicago, in spaces packed with supportive crowds, but this year the final rounds had to move online: the individual poet finals take place live on Thursday, April 30 at 6:00 pm on YCA’s YouTube channel, while the team finals are on Saturday, May 2 at 6:00 pm. Rather than perform their poems live, students have submitted video recordings before each bout. A host, DJ, and judge will run the event as normal—except that they are all broadcasting through Zoom from their homes.

“Your job as a host is to create energy and set the tone for the night, so it’s odd doing that and not having anyone else with you in your dining room,” says Aurelius Raines III, who goes by Trey and performs hip-hop and poetry as The Third. An LTAB and YCA alumnus, he now teaches through YCA, and has hosted LTAB bouts for the last two years, including a recent digital one. “But there were people from all parts of the country watching and chatting in the comments, and the poets themselves were talking to each other—it was great. The social aspect and the platform had changed, but the culture didn’t. It’s always going to stay the same.”

Both sets of finals will be hosted by Kevin Coval—a poet and YCA’s artistic director as well as a co-founder of LTAB—and the poet and playwright Idris Goodwin, who also used to be a YCA teaching artist. “We’ll never be able to replace the live experience,” says Coval, “but the new virtual space we’re in lends itself to intimacy that you can’t get in a public space. The poets are now literally inviting us into their homes: you see their bedroom or living room or backyard or front porch, and that adds intimacy into a space that’s already intimate, because they’re pulling themselves open in order for us to gain some knowledge about their lives. Now it’s just you and the poet on the screen.”

The digital medium also allows LTAB to fulfill one of its main goals in a unique way: “create bridges between communities that might not talk,” as Coval puts it. “In the virtual space, there is an opportunity to see and hear each other”—as well as reach more people than ever. In addition to LTAB, YCA offers various educational programs and events for people to share their work, and much of that has moved online.

Coval and other YCA artists have been sharing daily writing prompts on Twitter and Instagram under #YCAdailyprompt, while YCA’s Tuesday night open mic WordPlay has continued on Instagram Live, and the Saturday afternoon Emcee Wreckshop has moved to Zoom. (To join the workshop, direct message YCA on their Instagram, Facebook, or Twitter.)

“I’m getting thousands of views on some of the writing exercises we’ve done, when I normally teach in a room of 25, 30 people,” says Coval. “You can’t normally telecommute from Dallas. And some of our national partners have moved their festivals to a virtual space, so that will be an opportunity for us to see other cities. I’m excited that there’s an opportunity to be not only intra-city, but interstate.”

Raines has also been enjoying the possibilities of poetry and hip-hop in a digital space, performing on Instagram Live and Twitter (@thirdthepoet on both platforms) and writing a song in live sessions with people watching and contributing. “This is the time to test what is possible,” he says.

Alegria has finally found the time to devote herself to refining and writing poems for her book, without the pressures of needing to be somewhere all the time. “It took a month of quarantine to realize that I really want to sit down and write,” she says. “Writing gives me purpose in a time where I’m stuck with myself. It gives me a feeling that I’m doing something bigger than myself.”

Coval agrees. “I’m a student of Miss Gwendolyn Brooks, who said that, ‘poetry is life distilled.’ Part of that word is also ‘to be still,’ and this is a time to assess and reassess ourselves and our world, maybe move slower in poetry. The process of creating can help us self-reflect, both myself and the city, on the way we cohabitate.

“Now is as good a time as any to think about and marvel at the resilience of working people. To have anything right now requires the labor of someone who is getting paid not enough. Hopefully we get beyond thanking people and eventually shift policy.”

“Poetry has the ability to look, and reflect, and refract, and carve out new ideas and new meaning,” he says.

The coronavirus is silent; poetry is louder than a bomb. 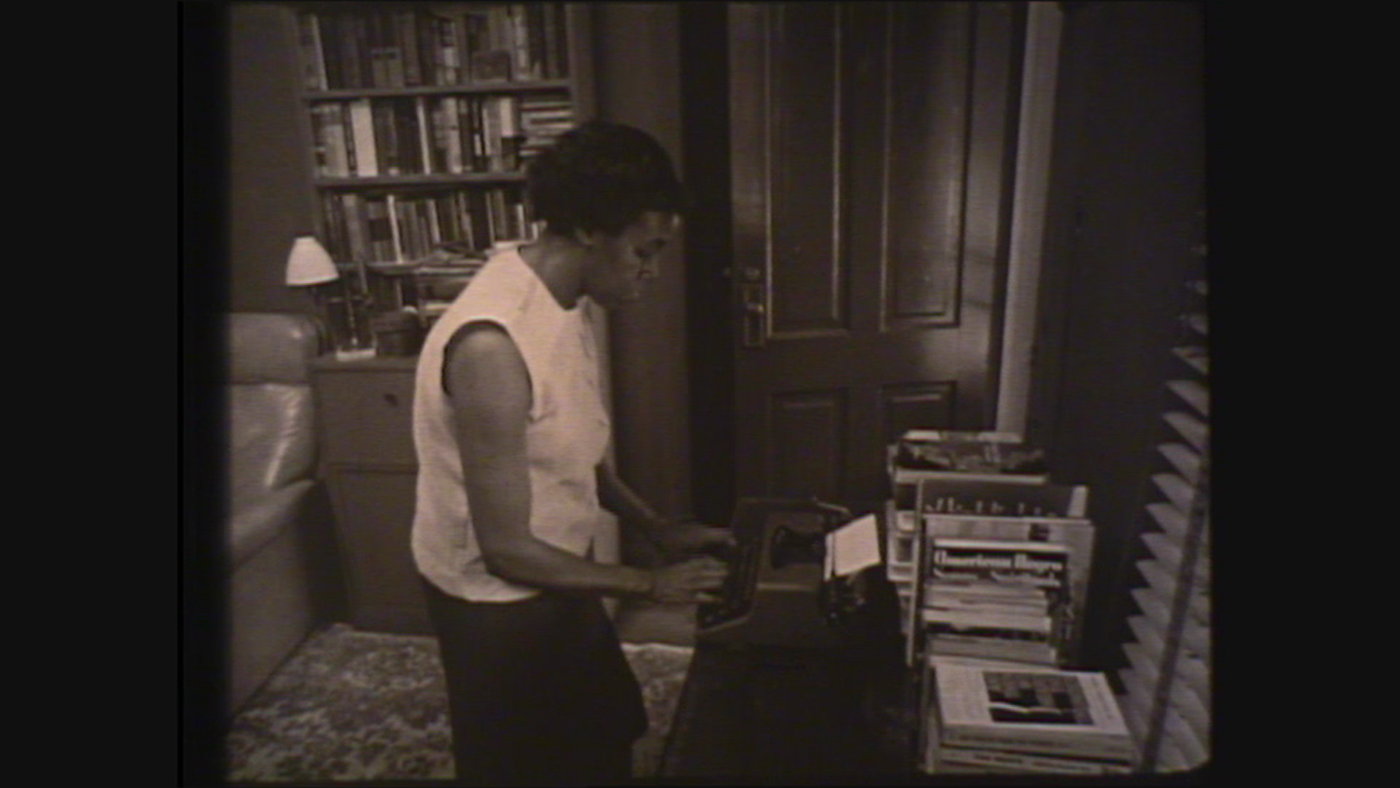