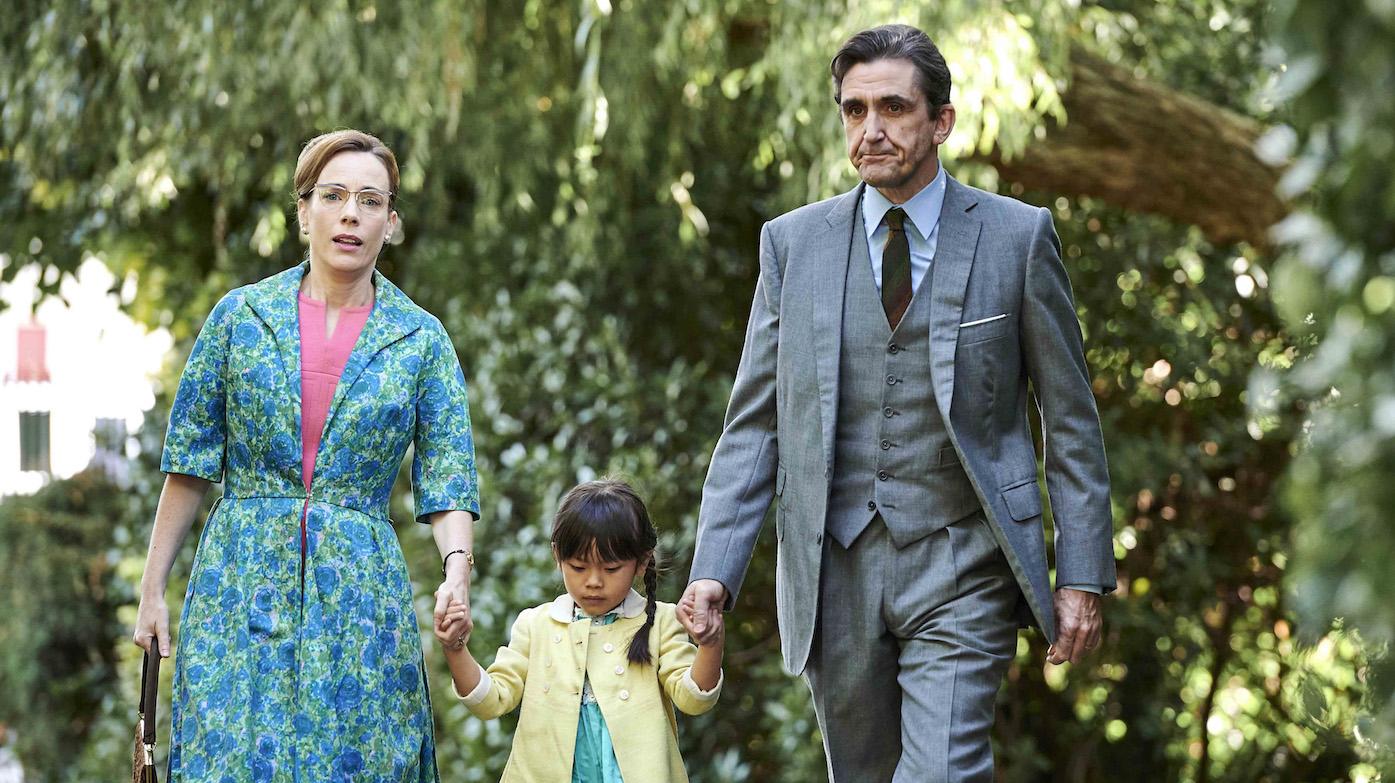 The young doctor Kevin McNulty has returned to Poplar, to help Dr. Turner at the clinic. He’s staying at Nonnatus House because his lodging is due to be demolished soon—a common problem in Poplar these days, as new modern housing blocks replace dangerous old buildings. Sister Julienne takes this opportunity to finally inform all the midwives that Nonnatus House, too, will be demolished in the next year or so.

The nurses are worried: unlike the sisters, they don’t have a motherhouse to go to if Nonnatus is closed and nothing replaces it. And they fear that, with contraception on the rise and births decreasing, the community will no longer want to support midwives.

But that’s all for the future. For now, there are pregnant women to attend to, like Valerie’s cousin Maureen, who is pregnant with her third child and wants desperately to have it on her late father’s and grandfather’s birthday. To that end, she drinks castor oil to help induce labor—but it also induces frequent bathroom trips. Nonetheless, it works: her contractions begin on the morning of the hoped-for day. She has the baby boy just before midnight, and names him Warren.

This happy occurrence is soon overshadowed. A few days after Warren’s birth, Maureen begins to worry that something is wrong. Lucille examines the boy, and calls Dr. Turner to Maureen’s home. After he arrives, he orders an ambulance.

As Warren is tested at the hospital, the midwives try to search for clues to his ailments. Valerie remembers that Maureen’s children contracted rubella during the diphtheria outbreak earlier in the year. Tests confirm that Warren has a congenital heart defect and that he is blind—symptoms consistent with Maureen having rubella in the early stages of her pregnancy, though she didn’t know it. Warren will only live for a few weeks.

Maureen and her husband want Warren to live out his days at home rather than in the hospital. Dr. Turner agrees, but has to warn them: Warren will not get better. 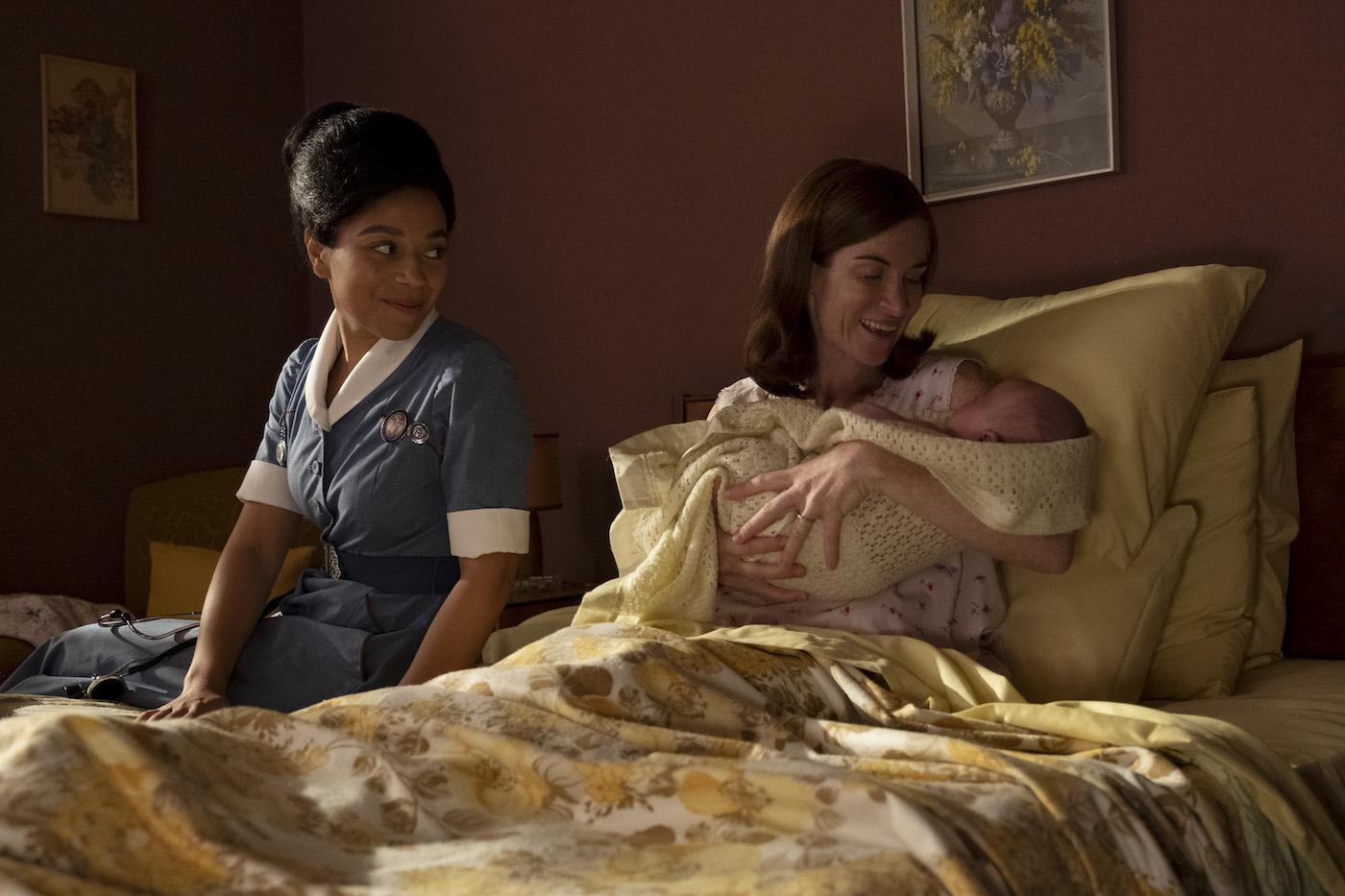 Maureen is overjoyed to have her third child on her late father's and grandfather's birthday. Photo: BBC / Neal Street Productions

Dr. Turner and Shelagh have their own difficult situation to contend with. They are in the process of finalizing their adoption of Mae when a woman with a credible claim to being Mae’s mother suddenly appears at the adoption office. Everyone thought Mae’s mother was dead, but Esther Tang was able to overcome a drug habit and survive. She now works for an English family in Hong Kong, and is in London for a few weeks with the family. She wants to see Mae.

The Turners fear that this will be confusing and upsetting for Mae, and decide to meet Esther first, at the adoption office. They give her photos of her daughter, but she insists on meeting Mae in person—this may be her last chance to see her daughter again. The Turners reluctantly agree.

They bring Mae to meet Esther in a park, but the girl shies away and clings to Shelagh when Esther tries to speak to her in Chinese. Mae’s distress leads the Turners to pull her away from the meeting; they decide they cannot let her go through that again. However painful it would be, they would give Mae back to her mother if they were convinced that Esther could take care of her, but they don’t believe she can. But Esther is now refusing to sign consent papers allowing her daughter to be adopted.

The Turners ask Sister Julienne to speak with Esther; she trusted the Nonnatans once, when she brought Mae to their orphanage in Hong Kong, so she might again. In the same park where she met Mae, Esther talks to Sister Julienne. She accuses the Turners of turning Mae against her and her culture, but admits that she would lose her job if she suddenly had a daughter to take care of as an unwed mother. Yet she fears that Mae will not know Esther loves her if she gives her away to be adopted. 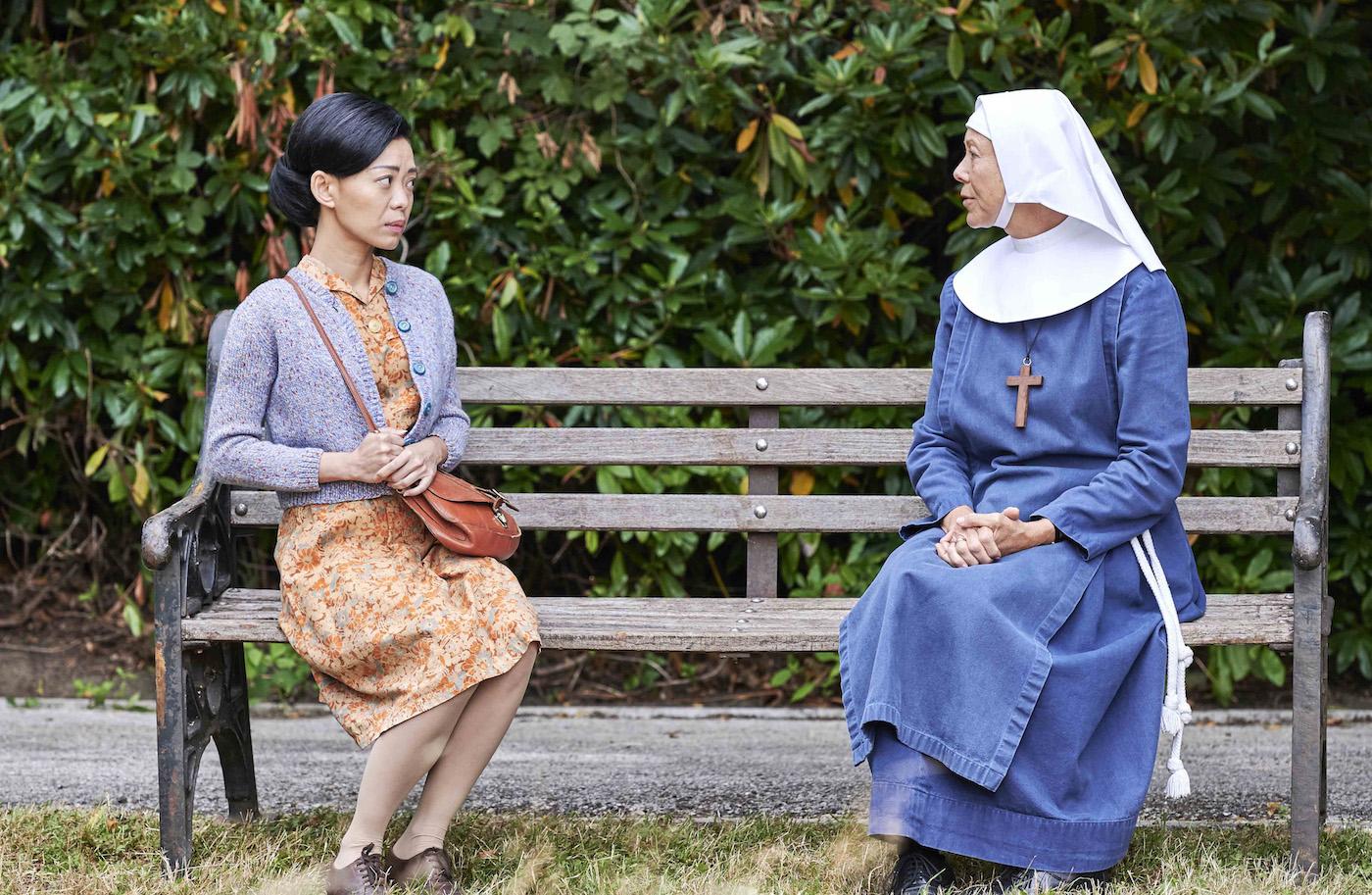 There’s no question of Maureen’s love for Warren. Lucille shows her how to give the baby small comforts, like having him suck on her finger. Maureen has a party to celebrate Warren, and Lucille takes photos of the boy surrounded by his family. When Maureen’s husband tries to pay her for the film, she refuses.

After the party, the whole family sleeps together in one bed, with Warren in a basket to the side. When they wake the next morning, he is dead. After attending to the death with Lucille, Dr. Turner sobs alone in his car.

His sadness has in part to do with Mae. Esther still won’t sign the consent papers. She says the Turners can be Mae’s foster parents, but then the girl would have no guardian in England, and something could go terribly wrong, with no one with legal power over her in the country. Finally, Esther relents and lets the Turners be Mae’s guardians in England—but not her adoptive parents.

At least the Turners have Poplar’s big horticultural show to distract them. It was due to be cancelled, but Fred organized it on his own to save it, with the help of Reggie, Valerie, Nurse Crane and her scouts, and others. Cyril contributes potted flowers to the show, offering them to Lucille as an apology for an argument they had over how they don’t see each other enough because of their busy schedules. Lucille also receives a gift from Maureen’s husband: a photo of baby Warren.

Sister Monica Joan has promised to prepare a stunning garden in honor of St. Raymond Nonnatus, the patron saint of midwifery—the horticultural show falls the day before his feast day. She has been taking infant blankets from Nonnatus House’s supplies, to Nurse Crane’s chagrin, but no one believes she is up to the task—and they seem to be proven right. Her garden is just a small statue of St. Raymond surrounded by blankets. Until a phalanx of new mothers appears to lay their babies around the saint: the most precious flowers of all, Sister Monica Joan says. Lucille adds her own bloom to the garden: Cyril’s flowers, with the photo of Warren pinned to them.