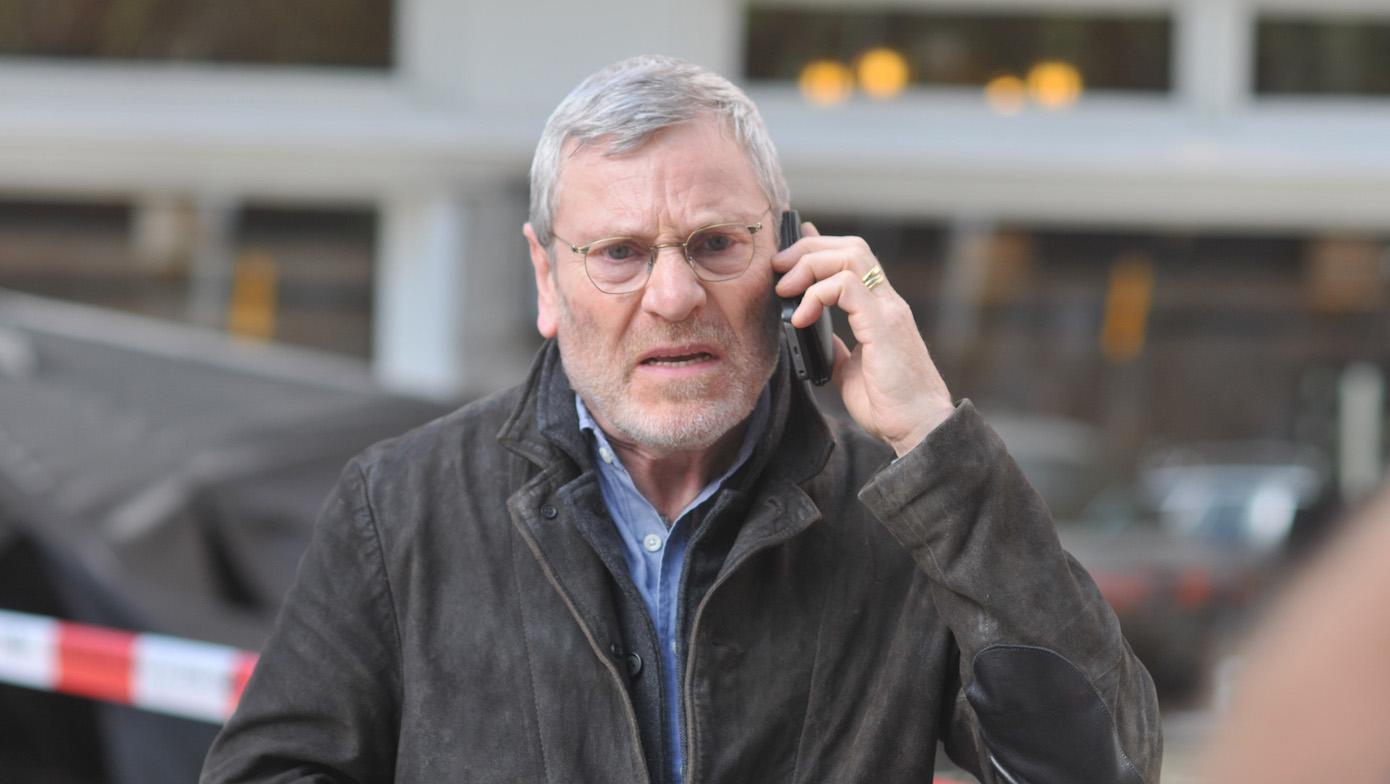 Baptiste concocts a plan to try to turn Constantin to inform on the Romanian gang. Photo: Two Brothers Pictures and all3media international

Genevieve is furious at Baptiste for losing track of the money and Edward. Baptiste argues that Genevieve made Edward act rashly by cornering him in a hotel. Baptiste goes to his car, which was found abandoned with the keys. A note on the dashboard reads, “Sorry.”

Having learned that Kim has been killed, Baptiste decides to move his family to a new safe house. His daughter is still angry at him for upending their lives, while his wife Celia is concerned because Baptiste seems scared. He reveals that Niels is his son, and she fears that he’s telling her because he thinks he might not come back alive.

Niels himself goes with Genevieve to Amsterdam’s red light district to search for Natalie’s roommate Lina, who abetted Edward in taking the money. After Niels asks Genevieve out for a drink and she responds that she’s in a complicated relationship, they find Lina. She reluctantly tells them she doesn’t know where Edward went, and that the Romanians have been following her.

Edward seems to have escaped being followed by anyone. He pays a boat to drop him off on a beach in England, buys loads of groceries, and appears at his ex-wife Clare’s door. Pack a bag and come with me, he says; you’re in danger. Clare is confused but senses Edward’s fear. She and her partner leave with him.

They take shelter at an out-of-the-way trailer park, where Edward rents a dwelling. They seem safe, until there’s a knock at the door—but it’s Baptiste. He had an English friend watching Clare’s house, suspecting that Edward would try to protect her.

Baptiste has also guessed Edward’s plan: he wants to attempt to use the money to buy the freedom of Natalie’s sister Cristina from the Romanian gang. Cristina has nearly escaped the basement where she and other trafficked girls are being held, by stabbing a guard with a shard of glass from a broken window, then running. But as she and another girl hid—the large complex they are in seems to be locked down—the other girl panicked and called out, blaming Cristina for the escape.

Baptiste convinces Edward to let him try to negotiate with Constantin. Martha then calls, and he tells her that he has found Edward, and asks for Genevieve’s number. Martha explains that she’s going to tell Niels the truth of his parentage. Baptiste was right; Niels deserves to know.

Unfortunately, when Martha tells Niels over coffee, he is so upset that his hands tremble. “You lied for 30 years,” he says, before suddenly leaving her.

Baptiste meets Genevieve back in Amsterdam, but, to her chagrin, he has neither the money nor Edward. He explains Edward’s plan to save Cristina, then suggests another idea.

Genevieve believes Constantin is getting desperate. Constantin discovered that Genevieve was following him and sat down with her in her car. Threatening her with how much he knows about her, he says he sometimes visits Lucas, the now-paralyzed man who was her lover. It’s Genevieve’s fault Lucas is paralyzed, Constantin says: she sent him undercover with the Romanian gang, who discovered he was a Europol agent when they followed him to Genevieve’s apartment.

This is all frightening enough, but when Constantin offers to reward Genevieve if she tells him where Edward is once she finds him, she realizes Constantin is also afraid. She guesses that Constantin’s bosses don’t know that he has lost the money, and that he will be in danger if they find out before he returns it.

So Genevieve and Baptiste exploit this vulnerability. Baptiste goes to meet Constantin at a fancy restaurant. He hands over a bag—and inside is the deed to a yacht. Baptiste has bought the boat in Constantin’s name with the cash—when Constantin’s bosses find out, they will assume he has taken their money for himself. Baptiste tells Constantin that he can inform on the gang and gain some protection from the police, or try to run away from them himself. Baptiste gives Constantin a card with a phone number and leaves him to consider it.

Back at the trailer park, Clare tries to get Edward to open up: he’s repressing so many things, including his dad’s death and the death by overdose of their daughter, Lucy. Edward blames himself for Lucy’s death: he kicked her out and wouldn’t let her in after she stole money from him to buy drugs, and later that night she ended up dead.

The murdered Kim’s partner receives a letter from her via her lawyers. He dismisses it as “more lies,” but later stumbles upon her hiding space behind the bathroom vanity and realizes the letter held a hint to it. Inside the space, he finds Kim’s hormone injections, a journal, and a key. The key is for a storage room. Inside is a single box. Inside that are photographs of Kim’s past and documents.

Clare tells Edward that Lucy’s death is not his fault; Lucy had an addiction, and nothing either Edward or Clare could have done would have saved her. She asks for a drink, and Edward goes to the store to buy some alcohol.

Constantin calls Baptiste to set up a meeting. As Baptiste is en route, Genevieve calls: Constantin has fallen from a balcony and is dead. The Romanians have caught up to him.

Edward returns to the trailer park to find Clare and her partner murdered in bed. A thuggish man steps out and tries to choke Edward, but Edward manages to stab him in the side with a kitchen knife. As the man lies dying, Baptiste calls. Trying to figure out how the Romanians traced Edward, he realizes the only way was through the one phone call Baptiste took while at the trailer park, from Martha. Martha has betrayed them.