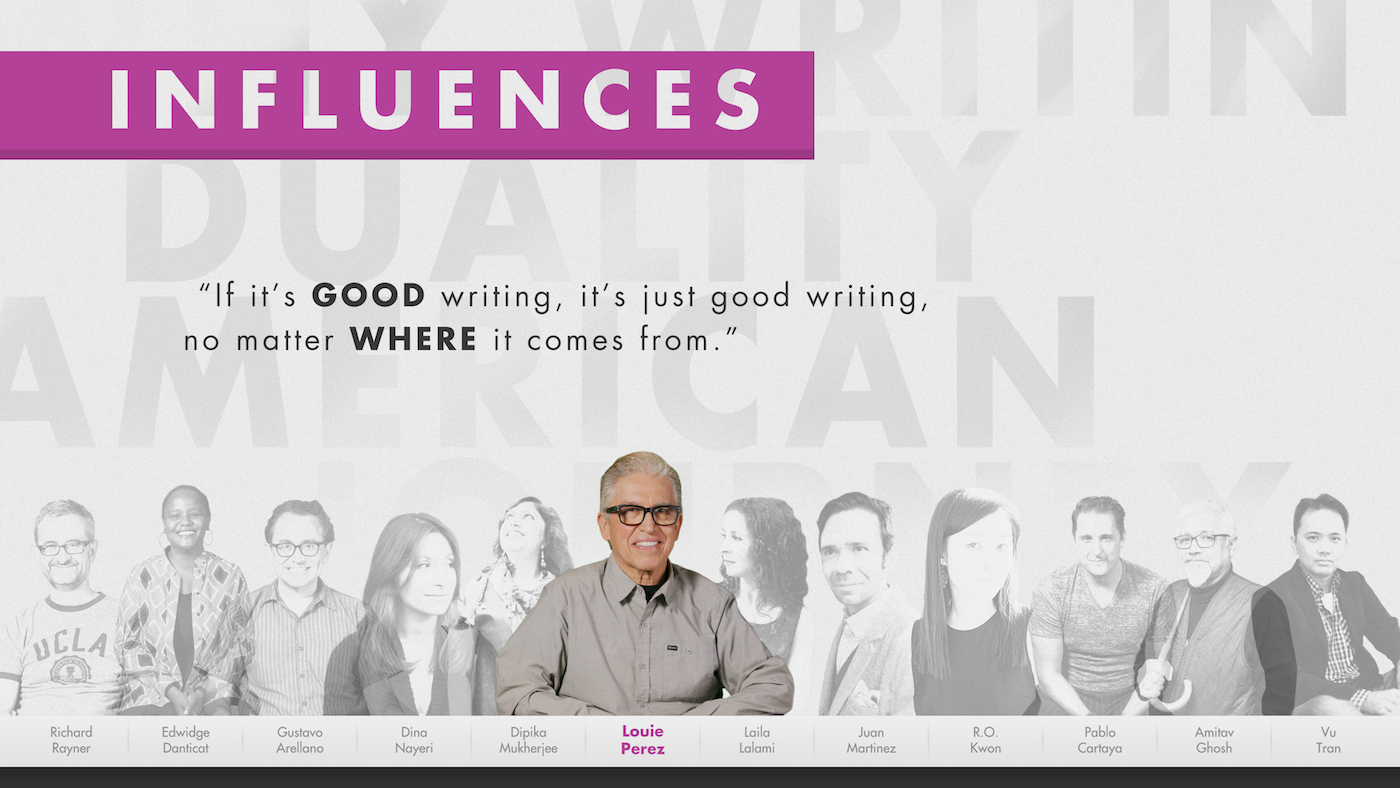 In many ways, that’s exactly what the American Writers Museum’s “My America: Immigrant and Refugee Writers Today” does. The exhibit opened in November of last year, but has gone digital since the Museum closed its doors on March 13 due to the COVID-19 pandemic. It features more than 30 writers—including Martinez, Edwidge Danticat, and Viet Thanh Nguyen—who immigrated to the United States from countries across the globe. In a series of video interviews, they explore questions of what it means to be an American, the places that feel like home, and the effect on their writing of being multilingual.

“We wanted to look at breadth of experience and breadth of stories,” says Carey Cranston, the president of the Museum. “When you say ‘immigrant and refugee writer,’ people assume they write about those stories and experiences, but that isn’t necessarily the case. The exhibit explores the idea that, when people live in an experience that differs from the mainstream, there may be similarities, but also great differences. There is no one immigrant story—that’s a myth. In the history of American writing, there are all these examples—and that is the American story.”

True to that diversity of experience, the writers in the exhibit write in varied forms—novels, songs, screenplays, journalism, history—and come from a wide range of countries: Nigeria, Jordan, China, Cuba, Ireland, Peru, Japan, Mexico. A number of them have ties to Chicago, including Luis Alberto Urrea, Dipika Mukherjee, Erika L. Sánchez, and Martinez, who is at work on a second book of short stories in which every story is set in Chicago.

“All of us who are immigrant writers come with a multiplicity of other things: other narratives and stories and points of interest and intersection with other people’s experiences,” says Martinez. “That said, there is also a very real sense of a bit of a badge of honor to being an immigrant writer.” 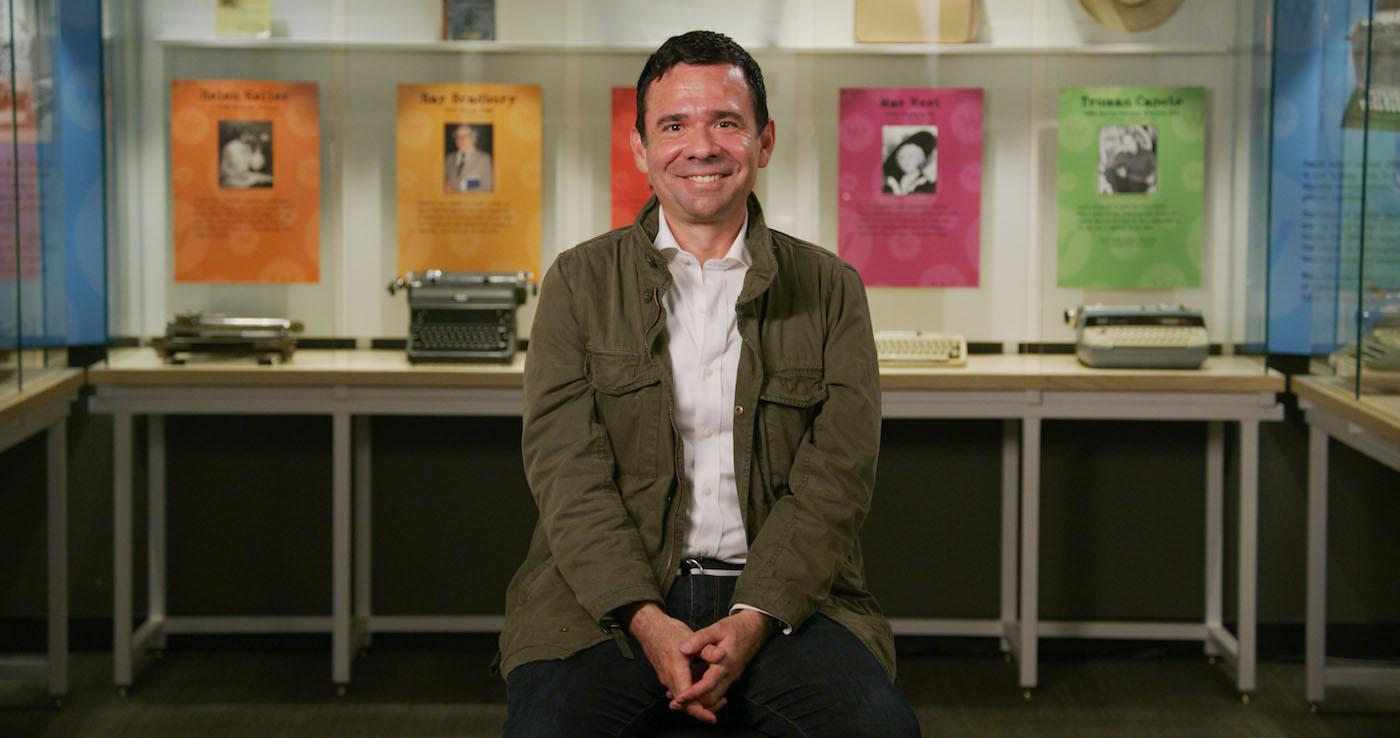 “All of us who are immigrant writers come with a multiplicity of other things: other narratives and stories and points of interest and intersection with other people’s experiences,” says Juan Martinez. Image: American Writers Museum

“One thing that’s fun for me in this exhibit is to be impressed by how everyone answered these questions,” he continues, “but also to be blown away by moments where everyone was in agreement in how wide-ranging some of these things are.” You can hear the Iranian-American Dina Nayeri share similar views to Martinez on the multiplicity of identity, or the Vietnamese-American Vu Tran and the Jamaican-American Jerome Walford expound on the importance of community.

Cranston hopes that the digital exhibit can be enjoyable for the casual observer as well as an educational tool for teachers. (The Museum will be launching another online exhibit, based on an earlier exhibit on Frederick Douglass, in the next few weeks, with more tools for educators.) “This may give teachers an opportunity to say to themselves and their class that it’s not all Hemingway and Mark Twain. This is how broad the American voice is. And the exhibit lets students hear from a writer, see how their opinion on a topic might come up in their writing, and connect with it.”

Both he and Martinez also note the importance for younger people of seeing authors who look like them. “I grew up in Colombia reading a lot of novels in English,” says Martinez. “One of the things that never really occurred to me then is how very few of those works that I consumed were made by people who looked like me.”

Cranston says that, when the museum was still open to visitors, a lone Korean student on a field trip was overjoyed to discover the Korean writer R.O. Kwon. “She ran from screen to screen to watch everything about Kwon,” he recalls.

“This exhibit embeds two seemingly paradoxical ideas,” says Martinez. “It highlights how extraordinary the experiences of being an immigrant writer can be, but also how recognizable and common that experience is.”

It’s the perfect showcase for a museum focused on American writers.