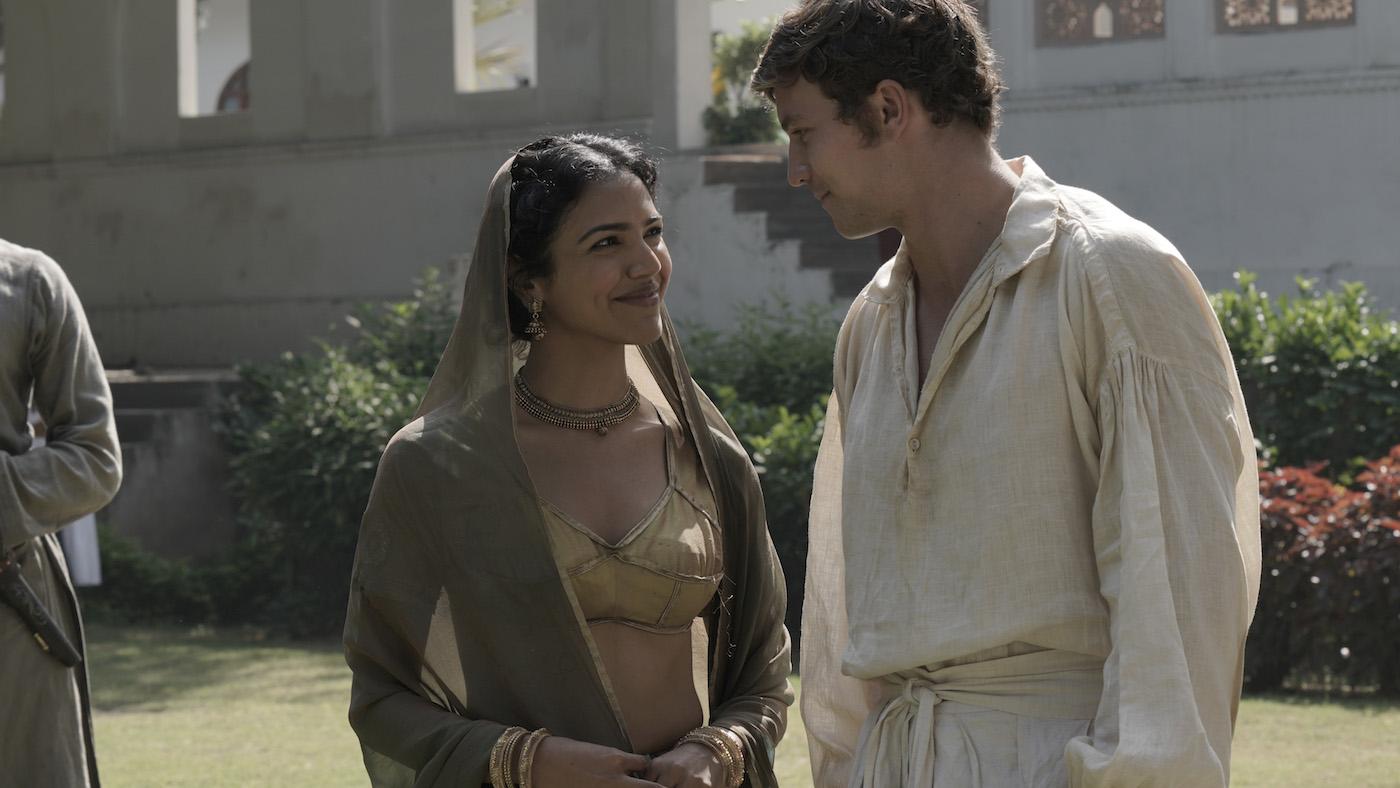 John and Samuel are examining automatons in search of a gift for the empress. Their eyes settle on a gold extravaganza with a moving peacock, tigers, and more, and John convinces the craftsman to expedite finishing it, so that it is ready for the empress’s birthday. John leaves Gopal to escort the treasure back to Delhi when it’s ready.

Margaret and her ward Roshanara are visiting the empress: the ruler has chosen a prince she wants Roshanara to marry. First, the empress asks Margaret why she isn’t married—she shouldn’t wait too long. Margaret has already told Roshanara, who suggested John as a suitor, that he’s a mystery to her. But she impresses the empress enough that she is tasked with teaching English to the young prince Jalal. Given this royal order, she must delay her return to England—it would be treason to deny the empress.

When John and Samuel arrive back in Delhi, Chandrikar approaches John: it is time for August to eat his first solid food, and undergo the customs surrounding it. John agrees.

Samuel, meanwhile, secretly visits Castillion and tells him of John’s incoming automaton. He wants John back in England, so he wants him to fail to get a trading license from the emperor.

Baadal plans to give flowers to Chanchal, but Daniel swoops in to flirt with her first. Ram Lal chastises Chanchal for flirting so openly. Daniel furtively suggests that he and Chanchal meet in the bazaar, away from watchful eyes.

Henrietta in turn tells Daniel not to woo any of the servants, and John adds his agreement. After Daniel leaves, Henrietta asks John to employ Daniel in his business in order to give him work and a goal. John is reluctant.

Baadal finally gets his chance to bring Chanchal to the bazaar. While he consults with a merchant, she slips away to Daniel, but shies away from his kiss. Baadal eventually notices Chanchal is gone and sees her with Daniel. He returns to Beecham House alone for August’s ceremony.

Chanchal is absent for much of the ceremony, rushing in late. John distractedly feeds August while his household look on joyfully and Henrietta watches with distaste. When it’s over, John pulls the maidservant Maya aside. Gopal, her brother, is dead. There was no sign of him or the automaton at the docks, and the customs official had no note of either. Eventually, Gopal’s body was fished out of the water, with a stab wound.

John believes Castillion is behind Gopal’s death. He’s the only one who would gain from the disappearance of the automaton, and the stab wound is consistent with French mercenary work. John and Samuel go to the Red Fort to confront Castillion. When John asks what happened to the automaton—the harbormaster reports to Castillion, after all—the French general advises John not to accuse him—and to leave Delhi.

Angry and despairing, John visits Margaret. She excitedly tells him her return to England has been delayed, but he is too upset to share her happiness. He tells her of Gopal’s death, and that he suspects Castillion’s involvement. He must recover the automaton—he’s due to give the empress a gift in a few days. 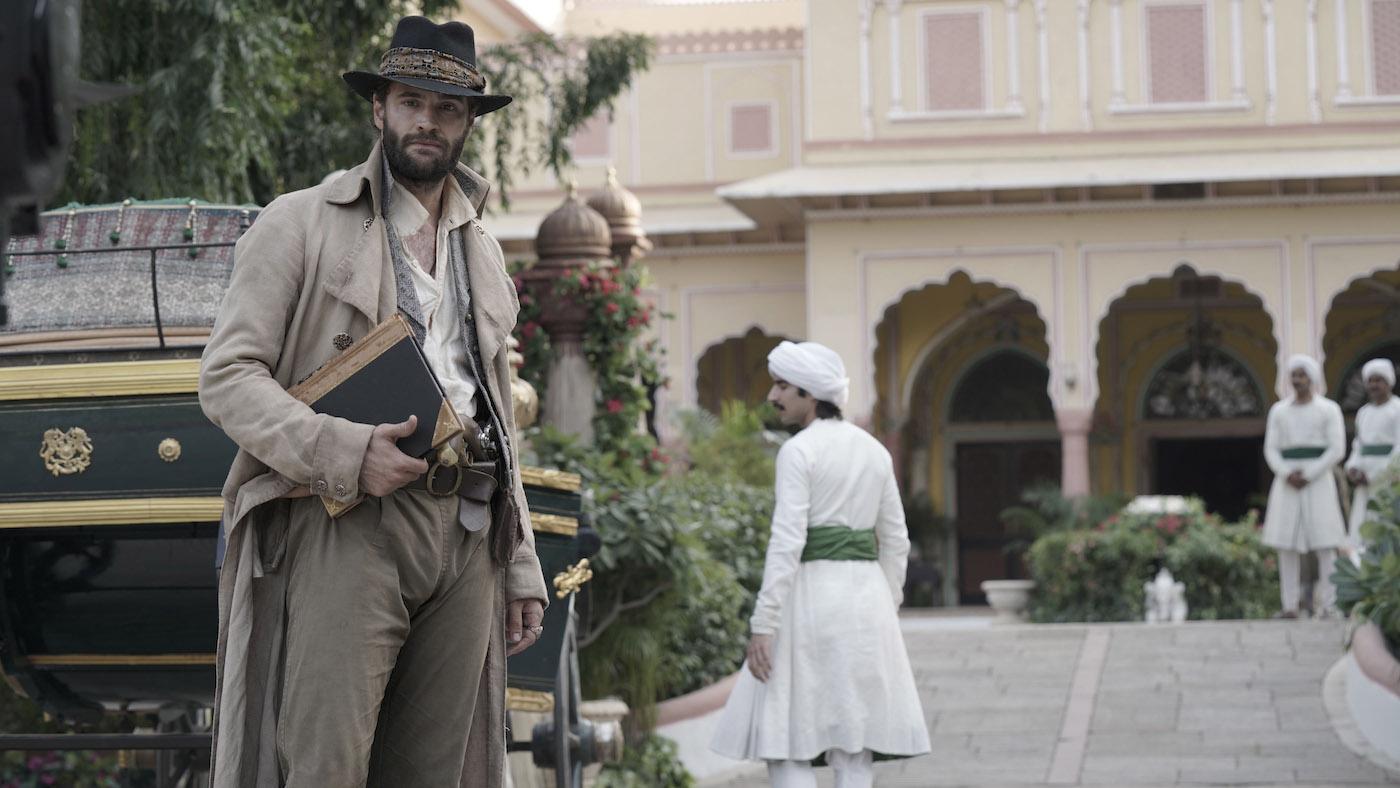 John identifies the perfect gift for the empress, but it is put in jeopardy before he can give it to her. Photo: Masterpiece

Margaret tells him she will be at the palace the next day to tutor the prince Jalal. She will speak to Castillion. When she does, affecting innocence while discussing John, Castillion and the court official Vijay Singh smirk at the mention of John’s lost shipment. Margaret later tells John that Vijay is involved, and that the automaton may be hidden at his home. Plus, he will be away introducing the empress’s chosen suitor to Roshanara at the same time his servants are at prayers—the perfect time to search his home.

Henrietta is still struggling in India, disliking Mool Chand’s food and having run out of opium. She asks Violet to obtain more opium for her. Violet agrees, on the condition that Henrietta try harder to make John marry Violet.

Violet heads off to the bazaar alone and manages to replenish Henrietta’s medicine. As she leaves, she is attacked by a vagrant. She bites his stifling hand, kicks him off her, and flees. When she arrives back at Beecham House, shaken, John takes the utmost care of her, sweeping her off her feet to bring her to her bedroom. The attack may have been bad, but she enjoys the attention from John.

Daniel visits her and Henrietta, asking what she was doing at the bazaar. The women obfuscate, and he drops the matter. He also progresses in his relationship with Chanchal: after Gopal’s death, she doesn’t want to have any regrets, she tells him, then kisses him passionately behind a screen. Once again, Baadal spies them from afar.

On the day that Vijay Singh’s house will be mostly unguarded, John, Daniel, and Ram Lal pay it a visit and search for the automaton. Samuel is riding the countryside looking for a replacement gift, and knows nothing of the others’ plan. A young servant shows them where the automaton is hidden, while Murad Beg turns away Vijay and the prince: whoever marries Murad’s daughter must be as intelligent as she is, and treat her as an equal.

As John and company cart the automaton away from Vijay’s house, he passes them on his own carriage. Suspicious, he yells at them to stop and gets out to accost them. Ram Lal punches him, sending him sprawling, and they leave with the recovered automaton.

When Samuel returns and learns of the return of the automaton, Daniel becomes suspicious of him: his reaction was strangely muted. Later, they present the gift to the emperor, with Castillion and Vijay looking on angrily. The empress, standing with Margaret, is delighted. Margaret tells her she believes John is a good man. She then introduces the two of them, and after a brief conversation, John whisks Margaret away to thank her for her help. She admits she helped partly out of selfish reasons: she didn’t want to lose him as a neighbor.

Hidden away on the grounds of Beecham House, Chanchal tells Daniel she’s ready to give herself to him, and they sleep together. During the night, they see Henrietta wandering the grounds in her nightgown, muttering to herself.

Back in the house, Chandrikar hesitates, then enters John’s bedchamber. Violet, carrying a candle to her own room, witnesses it.