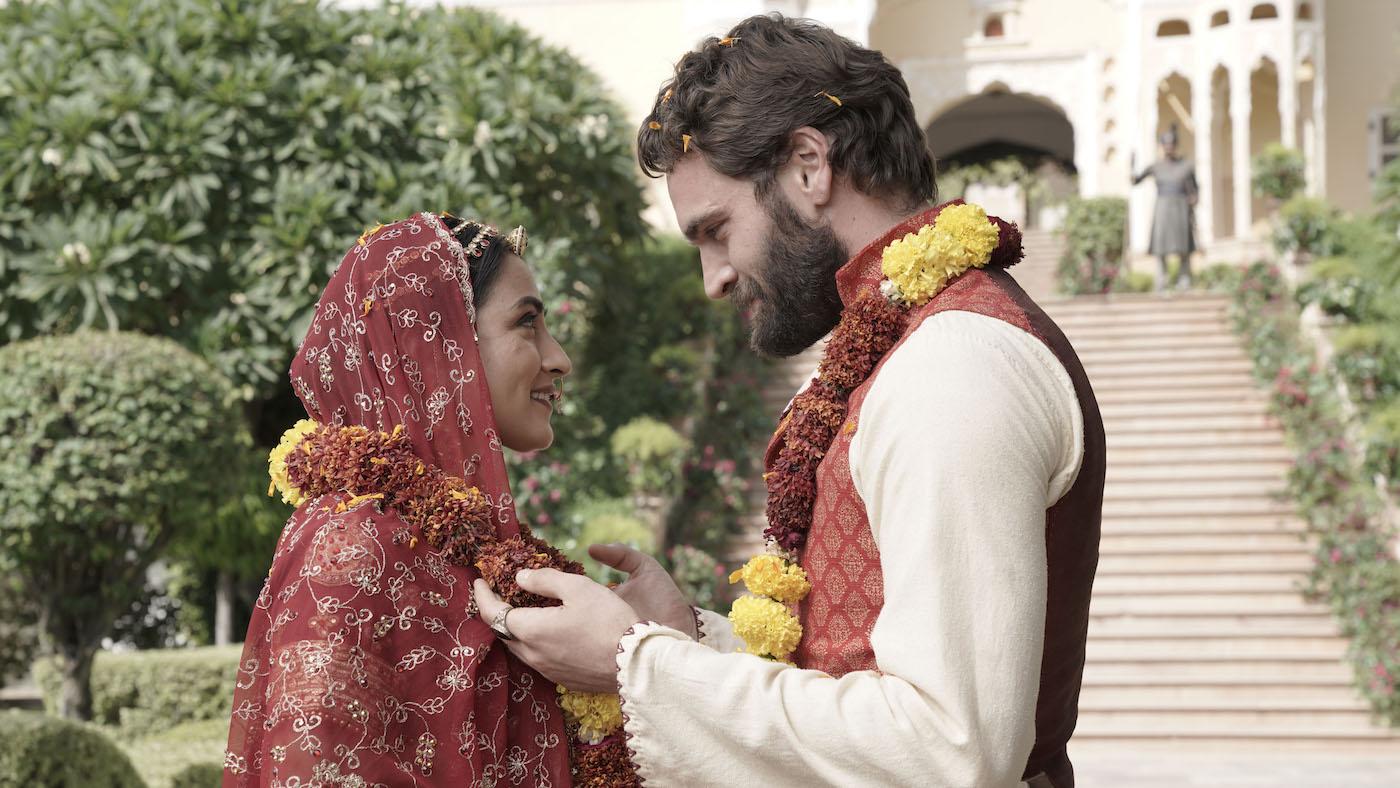 John is finally forced to reveal his past and how he came to know August's mother. Photo: Masterpiece

Chandrikar enters John’s bedroom. He says she shouldn’t have come, she replies that he can’t deny the connection that bonds them from the past.

The next morning, an upset Violet disturbs Henrietta in bed to tell of seeing Chandrikar visiting John’s chambers in the night. Henrietta is surprised, but says the information can help insure that Violet is the only viable option for John as a wife.

At the Red Fort in Delhi, another mother plots. The empress meets with her son, Prince Akbar, and talks of her fear that the British East India Company will invade Delhi. Frustrated by the emperor’s inaction, she asks her son to begin to amass an army.

John and his family attend a ceremony at the Red Fort during which John is awarded a trading license by the emperor. As the proclamation is read out, Violet tells Margaret of Chandrikar and John. Margaret, distressed, leaves abruptly, confusing John. Back at the estate, as the Beechams toast John’s success with champagne, John says he must check on Margaret and see what is wrong.

He is interrupted by a visitor: Prince Akbar, in disguise. The prince asks John to sell a priceless gem, the star of Agra, that has been in his family for 250 years. The sale has one condition: the gem must leave India. No one on the subcontinent can know that the royal family has been reduced to selling heirlooms to fund an army. Needless to say, the emperor does not know about this plan.

John shows the gem to Samuel. As he explains his reservations about going behind the emperor’s back, Daniel appears. Samuel wants to keep Daniel in the dark, but John includes him. Daniel fears the gem is an “incendiary weapon,” while Samuel argues that John must accept the commission. John sends Samuel to begin speaking to trusted merchants about the sale. After he leaves, Daniel tells John he doesn’t trust Samuel, but John reiterates his faith in Samuel.

Daniel is suffering from a lack of trust himself. Maya warns Chanchal that continuing a relationship with Daniel will lead nowhere good, and that she is demeaning the staff. But Chanchal has faith in Daniel—until he receives a letter from the East India Company ordering him to return; his leave is over. He tells Chanchal, and she expects him to leave the Company to stay with her, but quickly realizes he had no intention of marrying her. “You have ruined me,” she accuses him. Henrietta watches from afar.

Chanchal has lost her lover and been ostracized by the staff. Seeing her crying, the lovelorn Baadal offers to help, but she says there is nothing he can do.

Daniel tells his mother he must return to the Company, then asks her about her addiction to opium—he saw her wandering the gardens high on the drug. She denies taking it, but finally admits it when he begins to search her room. She takes it to dull the pain of her husband’s disappearance and her sons’ departure. Daniel insists that she stop; she responds that he broke Chanchal’s heart, so he doesn’t have the moral high ground. When he stops taking advantage of women, she’ll stop using opium.

Samuel visits General Castillion, offering information to bring down John—but only if Castillion will put John in Samuel’s custody afterwards. Castillion will never see either of them again after that. He then lies to the Frenchman that John stole a gem from the emperor, and is planning to sell it to fund an invasion of Delhi by the East India Company.

John goes to check on Margaret, and she flatly asks him about Chandrikar, telling him that she refuses to be one of John’s conquests. He finally says that he will reveal everything, and asks her to come with him. 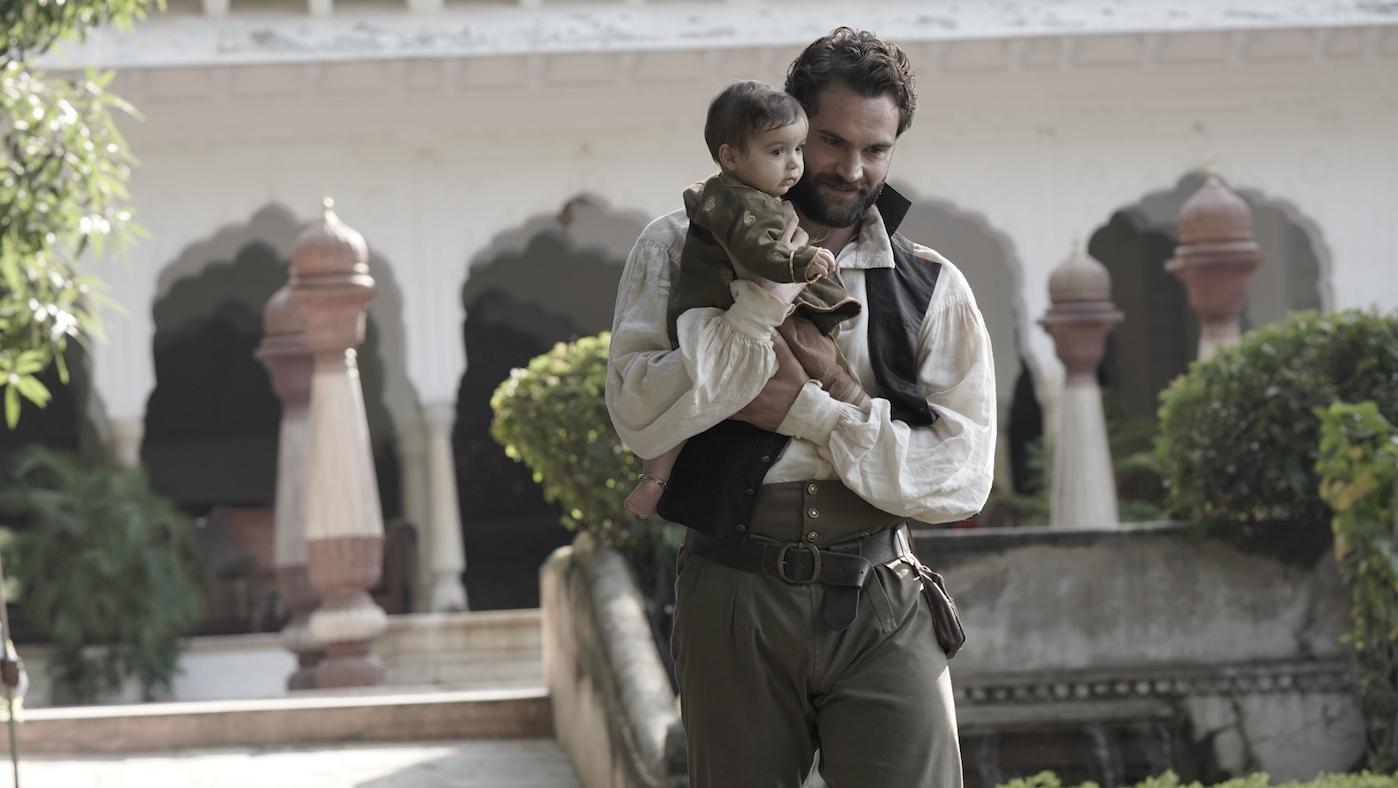 At Beecham House, John gathers Margaret, Henrietta, Violet, Chandrikar, and Daniel, and tells his story. Baadal listens from behind a screen.

After leaving the East India Company in disgust, John traveled the country, learning from artisans about their craft. Then he came upon a roadside robbery and saved a maharaja and his two daughters—Chandrikar and her sister Khamlavati—from the bandits before being shot himself. They brought him back to the maharaja’s palace and nursed him back to health.

The bandits were sent by the maharaja’s younger brother, who envied his brother’s fortune and kingdom. The brother managed to kill the maharaja’s son, so he has no male heir to inherit everything—it will all go to the brother.

John fell in love with Khamlavati and married her. Eventually, she gave birth to August, who thus became heir to the maharaja’s demesne. To protect August, the maharaja sent him, John, Khamlavati, and Chandrikar to live at a secluded country estate. Yet they were betrayed by a servant, and Khamlavati was shot and killed by an intruder before Ram Lal killed him.

August survived the attack, but John made it appear that he was killed, too, sending the traitor off to report the attack’s success. He then moved to Delhi with August and some servants to start a new life, promising the maharaja that he would not reveal August’s identity.

Margaret cries while listening to John’s tale, then apologizes to him for doubting him. Henrietta is amazed that her grandson will be a maharaja. John’s past has been explained.