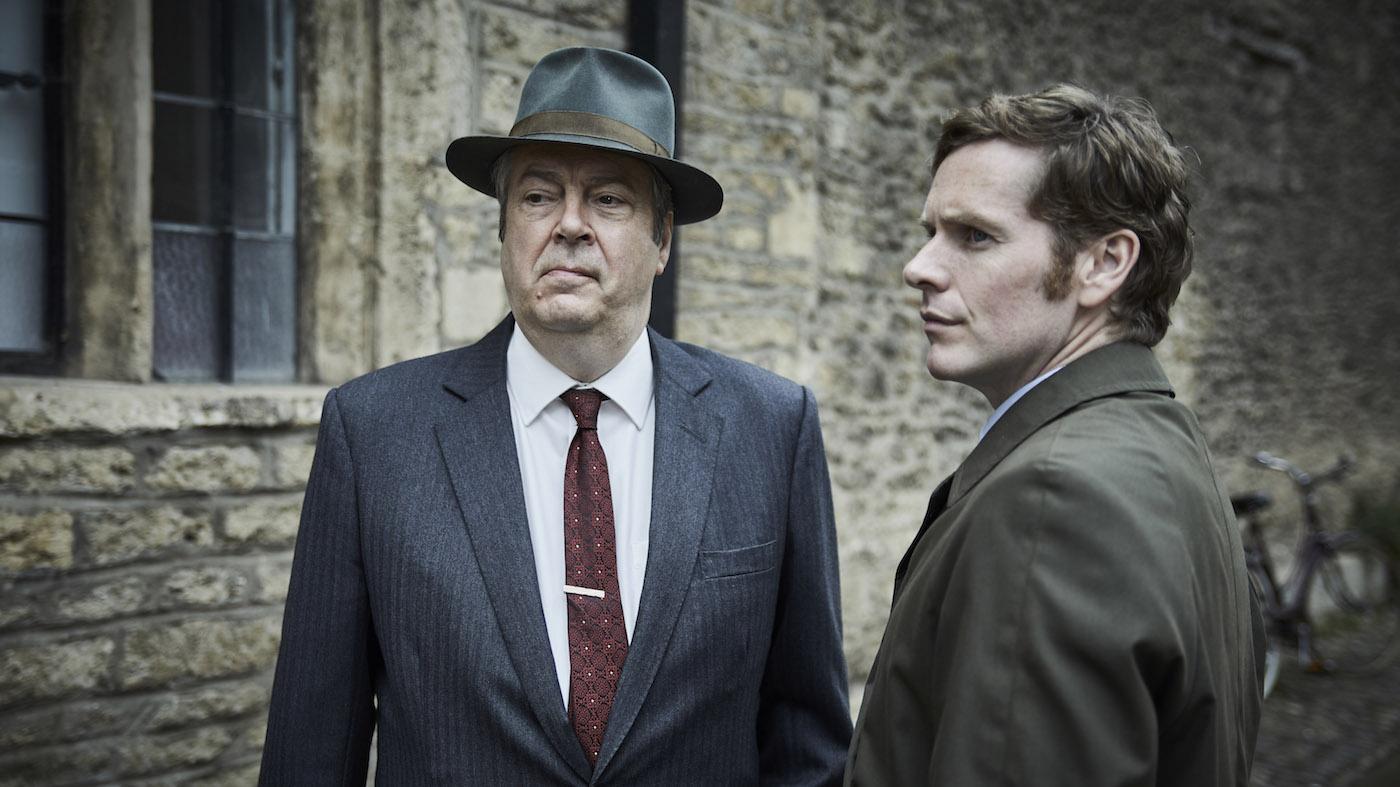 Thursday is concerned about the murders that have taken place along the river, while Morse thinks they found the right man. Photo: Mammoth Screen

Endeavour airs Sundays at 8:00 pm and is available to stream. Recap the previous and following episodes.

There have now been two people murdered on the towpath along the river: the barmaid Molly Andrews, and a cook who was using the path to expose himself to women at night. The cook’s killing has Thursday concerned that the police got the wrong man for Molly’s death, but Morse dismisses the prospect: Molly’s neck was broken, while the cook had his throat slashed. Nonetheless, Thursday has been following Molly’s boyfriend Carl Sturgis, his original suspect—and Carl has told Morse, threatening to report Thursday.

Despite his unease about the towpath murders, Thursday isn’t concerned by the reporter Dorothea Frazil’s comment that there have been six seemingly accidental deaths in the past six months, each a single man in his 30s or 40s.

Thursday and Morse have more pressing things to worry about, anyway. A young Pakistani man has been stabbed by a gang of white men. Witnesses have identified a Gary Rogers as the assailant, but when Thursday visits Gary’s house he’s not home, and his mother turns the warrantless Thursday away.

Meanwhile, another Pakistani man has gone missing. Named Iqbal Aziz, he disappeared while making deliveries for a restaurant called the Jolly Rajah. The restaurant is owned by Uqbah Sardar; his brother Rafiq is the cook. Uqbah’s son Salim also works there, and has been encouraging his father to work less, as Uqbah has been having mental lapses. Salim’s brother Farook, a doctor, agrees that Uqbah should scale back.

Morse retraces Aziz’s final deliveries and discovers that one of the addresses doesn’t exist. At the final delivery location, Morse finds Aziz’s car, with the nonexistent address’s delivery still in back. Going inside the apartment building to the delivery address—10 Tiffin Court—he finds the door open—and Aziz’s body inside.

The apartment belongs to Oberon Prince, a television chef. He’s nowhere to be found, but his ex-wife eventually shows up and tells Morse that, while Prince was an occasionally violent drinker and gambler, he wouldn’t kill someone.

Then another person goes missing: Uqbah Sardar. Salim and his wife heard Uqbah sleepwalking; when they woke up, he was gone.

From looking over receipts, the police discover that Prince ate at the Jolly Rajah the night Aziz was killed—so why did he order takeout later? Salim says Prince had a minor argument with a rowdy table full of wrestlers, but nothing came of it. Nonetheless, Morse and Thursday visit the wrestlers, who explain that Prince was drunk and they simply told him to knock off his obnoxious behavior.

The warrant for Gary Rogers’ home finally comes through. While the police search his room, Gary himself appears. He denies being at the stabbing of the Pakistani man—and then the witness against him suddenly withdraws their statement.

As Thursday continues to worry about the towpath murders, he begins patrolling the towpath at night. One evening, he walks a young woman to her car. Another time, he hears crying from a bush and finds Uqbah there, confused and lost. When Thursday brings Uqbah home, Uqbah admits to feeling lost in a fog, his mental faculties slowing. He also reveals that he thinks Aziz was taking money from the Jolly Rajah. Everyone chalked the discrepancies up to Uqbah’s mental lapses, but he’s certain he didn’t make mistakes.

Prince has still not shown up, but his building’s porter shares with the police a list of cars that frequently park illegally in front. Morse visits the building when one of the cars is typically there—and finds it belongs to Farook. He has been sleeping with the recently divorced Ilsa Trent, who is living in her father’s flat, next door to Prince. 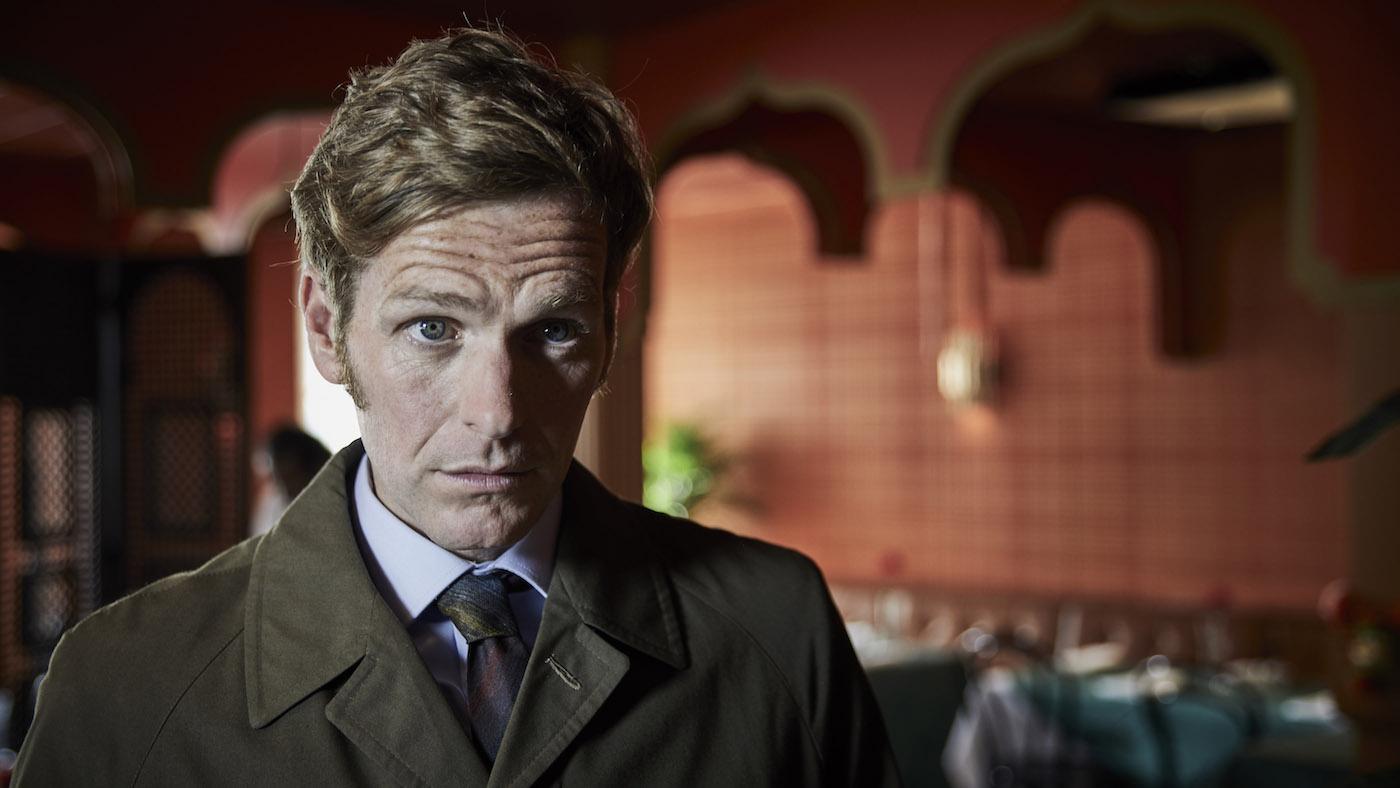 Morse’s new friend Ludo continues to see Morse. His wife, Violetta—Morse’s lover in Venice—is out of the country, so he wants company. But when Morse visits Ludo at his palatial home, Violetta is there. In a moment alone, she asks to see Morse, but he refuses to have an affair.

Later, she calls Morse and asks for a meeting. They pull up their cars near the towpath, and she tells him she’s afraid of letting something good slip through her fingers, before trying to kiss him. Again, he turns her away. As they both drive away, Thursday emerges from the towpath and notices Morse leaving.

Then a suitcase is found in a dump, with a dismembered body inside—and Prince’s passport. Prince is dead.

Morse and Thursday question Gorman about his poker game and learn that Prince sometimes took part. Gorman couldn’t attend the last game but supposedly Prince won a lot of money from one of the South Asian participants.

Meanwhile, Salim chastises Farook for sleeping with the daughter of a racist politician. Salim wants to move back to Bengal, where he will be accepted—but when his wife hears his plan, she refuses.

Salim no longer wants to be in a hostile country, where a Pakistani man can be stabbed by someone like Gary Rogers and a white gang. When the man dies in the hospital, some Pakistani men take revenge and stab Gary in the street, killing him. Gary’s mom shows up at one of Gorman’s rallies and slaps him, blaming him for filling Gary’s head with hate.

Forensics comes through with a match to a bloody thumbprint found in Prince’s apartment: it belongs to one of the wrestlers. Under questioning, he admits that he approached Prince for an assignation at the Jolly Rajah, and Prince gave him his address and told him there was a key under the mat. When the wrestler showed up late at night, he found Aziz dead and heard sawing coming from another room. He grabbed a knife for protection and fled.

The police then learn that two of the calls to the Jolly Rajah for deliveries came from the same phone—a box yards away from the restaurant. The killer must have killed Prince and then used the nonexistent address to buy time before he killed Aziz. And it must have been Rafiq, the cook—he’s the only one who wouldn’t have known that Prince had already dined at the restaurant.

Rafiq admits that he took part in the poker games and owed Prince a huge sum of money. He didn’t get an equal share of the profit from the restaurant, as he and Uqbah had agreed, so he began skimming money. Aziz saw him and offered to let him tell Uqbah, or else Aziz would tell him. So Rafiq called in the deliveries, killed Prince, then killed Aziz and framed Prince.

The whole incident has convinced Uqbah to retire. Salim and his wife will now run the restaurant; Farook is marrying Ilsa.

Violetta comes to Morse’s home at night, and he finally gives in to temptation.

And the young woman Thursday escorted to her car from the towpath is murdered.