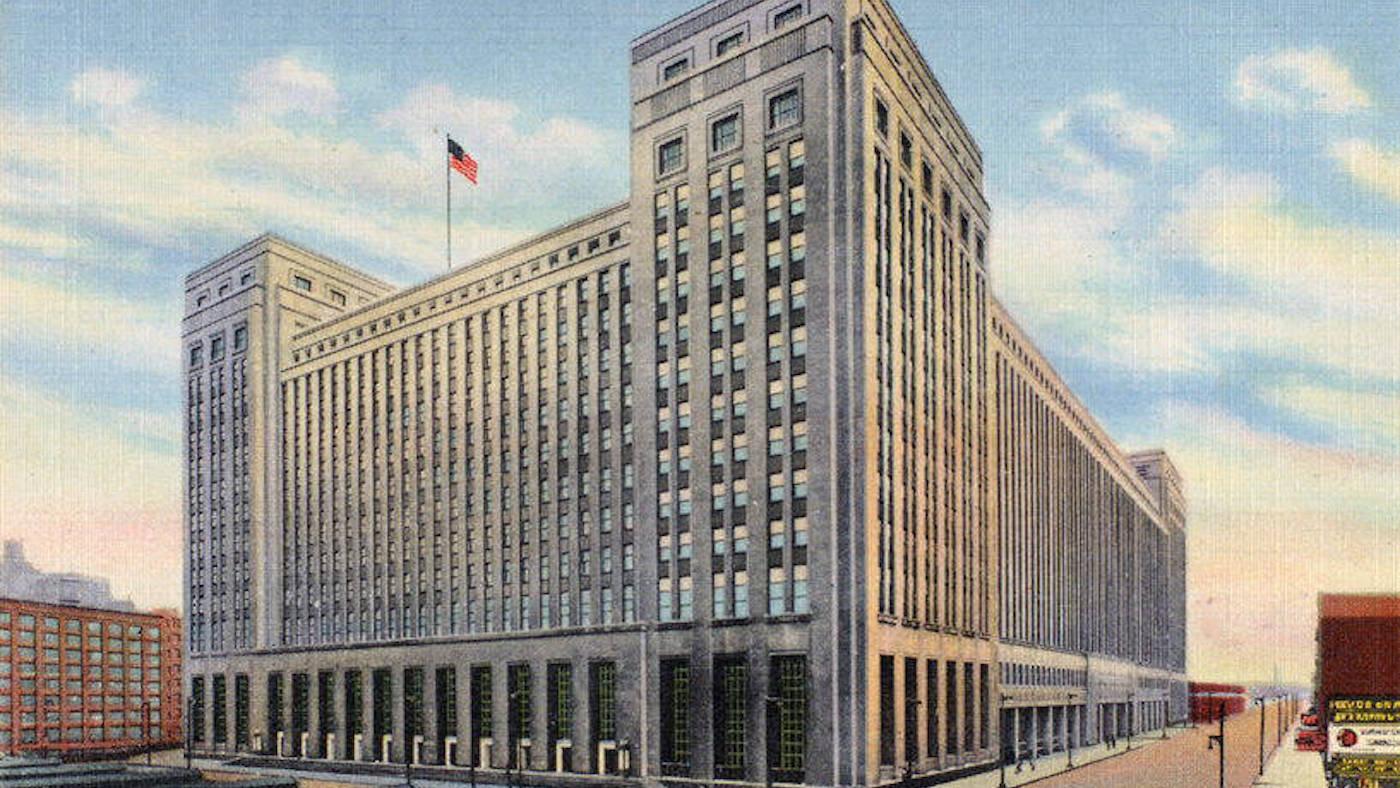 As the election approached, some politicians grew worried that mail delays would leave absentee ballots uncounted. A federally mandated restriction of overtime was part of the cause of a backlog at the post office in Chicago that delayed millions of pieces of mail. The debacle was overseen by a postal official who had only been on the job for a month.

In October of 1966, however, it was Republicans who had concerns about voting by mail in the Chicago suburbs, and forced the Democratic Cook County Clerk to adopt a special plan that involved clerks riding in taxis to deliver ballots. Unlike Louis DeJoy, President Trump’s recently appointed postmaster general—the first non-career professional to hold the job in decades—Henry W. McGee had 37 years with the postal service under his belt when he took over Chicago’s post office—in fact, his appointment marked a departure from placing politicians or lobbyists in the role. (He was also the first African American in the position.) And there wasn’t a global pandemic causing a record amount of people to apply to vote by mail.

But the mail pile-up in Chicago, blamed on an unusually high volume of Christmas advertising as well as absenteeism and restricted overtime, was still a national affair. The Chicago post office was the largest in the country, with 28,000 employees. It typically handled 15 million pieces of mail a day, according to a Chicago Tribune report at the time. Not only did it cover deliveries in Chicagoland; it also processed post passing from coast to coast.

Postal workers were forced to destroy circulars and advertising (after seeking permission on the phone and offering refunds) to reduce the backlog, and mail typically processed in Chicago was sent to 25 other cities, as far away as Jacksonville, Florida. The offloaded mail may have delayed the post in the places to which it was sent; Milwaukee’s postmaster complained that deliveries in parts of Wisconsin were pushed back a day.

The breakdown in Chicago led to a long-needed reorganization of the United States Post Office Department, as the national postal service was then called. Founded in 1775—the year before the Declaration of Independence—with Benjamin Franklin as the first postmaster general, the Post Office soon became an integral part of a political spoils system beginning with Andrew Jackson in 1829. Postal workers made up three quarters of the federal workforce, so the Post Office offered ample opportunity for patronage. Jackson incorporated the Post Office into the Cabinet, and replaced employees with his supporters.

For the next century and a half, the Post Office was used similarly, by every party. Postmasters general tended to be political appointees—at the time of the 1966 backlog in Chicago, he was a Democratic strategist who later became the commissioner of the NBA. As Winifred Gallagher, the author of How the Post Office Created America, told the New Yorker, “the spoils system allowed whichever party won the White House to hand out tens of thousands of jobs to its supporters.”

Following the meltdown in Chicago, a congressional investigation was launched, eventually leading to the establishment of the United States Postal Service by Richard Nixon in 1971. Instead of a politically appointed, Cabinet-level postmaster general, the U.S.P.S. is run by a board of governors who are nominated by the President and confirmed by the Senate. The board of governors then selects the postmaster general.

It’s a little ironic that Chicago, that infamous bastion of patronage, played a major role in the end of the spoils system that was the Post Office Department. But it’s also not surprising, given the importance of the city to the nation’s postal service, and the postal service’s own role in Chicago’s growth.

As for so many other industries, Chicago’s central location made it a hub of the postal service. The Chicago post office was already a distribution center in 1837, and by the end of the Civil War, just as free home mail delivery was inaugurated in cities, Chicago was the main distribution hub for mail traveling east or west. This was in part because of the expanding network of railroads that passed through the city; several innovations in railway mail were instituted by Chicago postal officials.

Chicago’s position as a major postal distributor also allowed for the growth of such powerful mail-order businesses as Montgomery Ward and Sears, Roebuck & Co., whose success in turn boosted Chicago. Airmail also eventually came to Chicago, giving pilots like Charles Lindbergh and the daredevil barnstormer Katherine Stinson both a job and flying practice.

Chicago continually outgrew its post offices, as well as losing several to fire. In the 1910s, discussions began about a new, larger post office for the city. Charles H. Wacker, a businessman and the chairman of the Chicago Plan Commission, argued to the U.S. House of Representatives that “You cannot build too big to meet future needs…As Chicago is the distribution center of the country, the facilities for that work in our city must be on a larger scale than in any other American city.”

But World War I delayed construction, and the building that was eventually built on the south branch of the Chicago River, in 1921, only handled parcels. The need for expansion was soon recognized, and in 1932 a bigger building was constructed around the original, creating the largest postal facility in the world.

The massive Art Deco structure, designed by Graham, Anderson, Probst & White, is now known as the Old Main Post Office. In 1955, the Eisenhower Expressway, which runs through the Post Office, was completed. The building was recently renovated to house companies such as Uber and Ferrara Candy after more than two decades of vacancy.

Perhaps the U.S.P.S. will follow a similar trajectory as the Old Main Post Office and get its own big-budget makeover this year. But the partisanship that once defined the postal service may be making a comeback—which doesn’t bode well for that prospect.