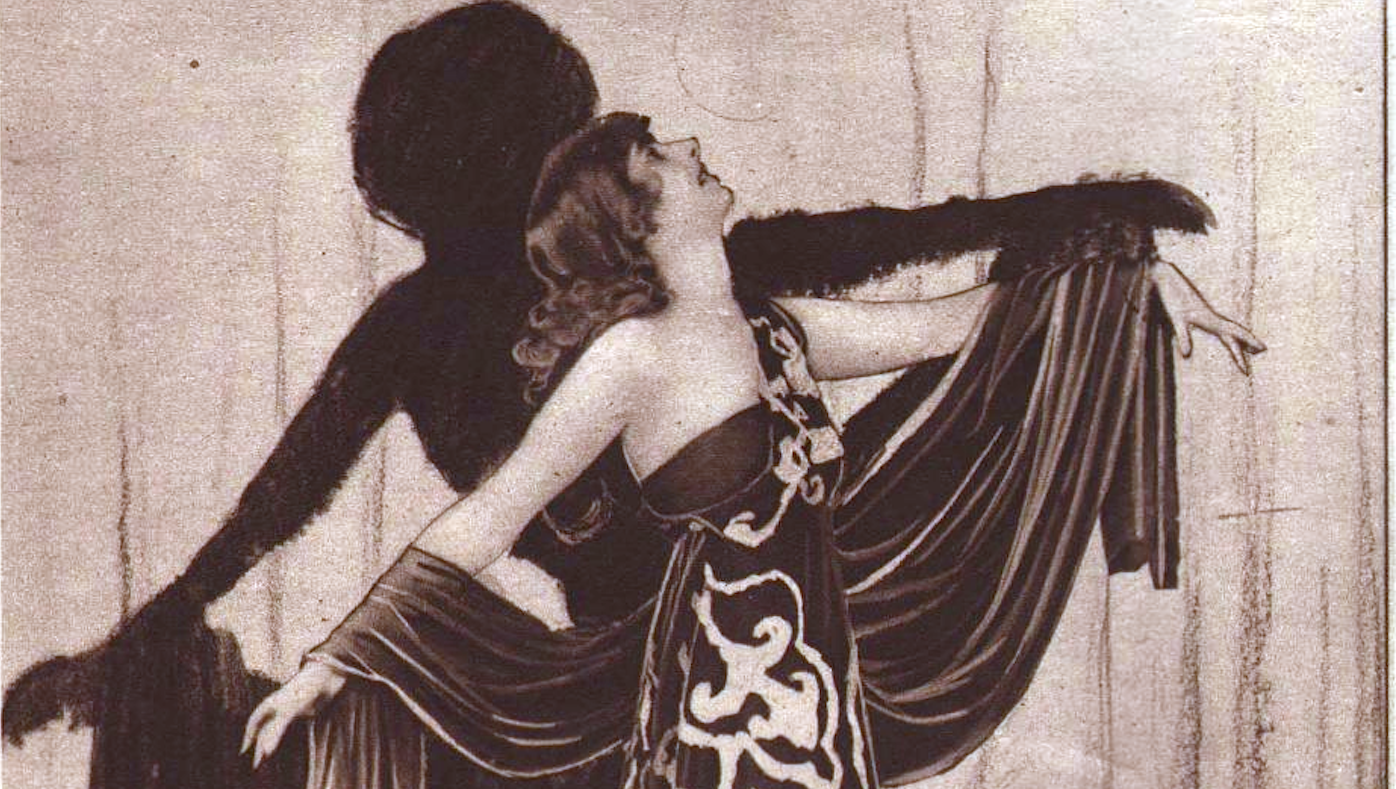 Indeed, according to the “world-renowned choreographer who reigned as the grand dame of dance in Chicago,” as the Chicago Tribune called Page in its obituary, she made her first splash as a dancer at the age of eight, when she and a friend landed on the front page of an Indianapolis newspaper after dancing barefoot at a garden party hosted by Theodore Roosevelt’s vice president.

From then on, she continued dancing for most of her long life. “I’m going to retire right into the grave,” she said in a 1979 WTTW documentary—and she took daily dance classes until she was 87 years old. After she died at the age of 92 in 1991—six days after fellow choreographer Martha Graham’s death—her name lived on in Chicago’s Ruth Page School of Dance, which she founded in 1970. Fifty years later, it continues as the Ruth Page Center for the Arts.

But Page’s legacy of teaching dance belongs to the latter part of her life. Over her long career, she performed with prominent companies and choreographers across the globe, brought an American ethos into ballet, founded various dance companies in Chicago, presented stars in their American debuts, and choreographed more than 100 ballets, including a beloved Nutcracker that served as a Chicago holiday tradition for more than three decades. She was “involved with an almost bewildering array of activities,” the New York Times noted in its obituary.

Most of them were based out of Chicago, despite Page’s ambivalent feelings about the city. She was mugged twice outside her Chicago home in her later years—but continued to dance and teach classes after fracturing her hip in the second assault, disproving the doctors who warned that she might not walk again. She thought Chicago audiences lacked an opinion of their own and didn’t support dance, as she told Callaway: “I think it’s one of the most beautiful cities in the world, and I love my friends here, but I don’t think it’s a place for an artist to live, frankly.”

She worked with most of the opera companies that existed in Chicago over the years, including the Lyric Opera and Ravinia Opera Festival, and became known for ballets based on operas. “I was dissatisfied with the way operas looked, but loved the way they sounded,” she once said.

She hosted dancers and companies whenever they came through Chicago, and arranged the legendary Rudolf Nureyev’s American debut (in New York City). Nor was Nureyev the only star she with whom she worked. She toured South America with her idol Anna Pavlova as a teenager. She was the dancing lead in an Irving Berlin revue in the ‘20s. George Balanchine choreographed two divertissements for her while she was dancing with Serge Diaghilev’s Ballets Russes in Europe—believed to be Balanchine’s first works for an American. (Diaghilev invited her to join his company while she was on her honeymoon; her husband returned home to America while she stayed to tour Europe.)

She performed in the world premiere of Igor Stravinsky’s Apollo ballet, in choreography by Adolph Bohm. Bohm had given Page her first real starring role in 1919, in the composer John Alden Carpenter’s Birthday of the Infanta, which was one of the first twentieth century ballets composed by an American. Carpenter and Page later worked together in presenting works for Carpenter’s Chicago Allied Arts organization. They shared an interest in bringing American subjects into European art forms: Carpenter’s best-known work is titled Skyscrapers, while Page caught attention with works based on cartoons, Billy Sunday, and a courtroom drama (with a score by Aaron Copland), as well as the first jazz and the first Black ballets.

“I think the reason, maybe, that the United States has produced so many really original choreographers is because they’ve all had to think for themselves,” she said in the 1979 documentary.

Several of her American ballets were produced under the auspices of the Works Progress Administration during the Great Depression. Guns and Castanets transferred the opera Carmen to the Spanish Civil War and included poems by Federico García Lorca. Her most famous American ballet, Frankie and Johnny, choreographed with Bentley Stone, was “inspired by a bawdy old ballad about love and betrayal,” according to the New York Times, and supposedly caused a scandal when it was performed in Paris.

“I don’t do things to shock people, I do something because I felt like it,” she told Callaway. And while her work did tend to be groundbreaking in subject matter, it wasn’t hard to follow, based as it was in narrative. “I incline to be not very abstract, I’m more of a storyteller, I think,” she said in the 1979 documentary. Just look at the family-friendly success of her Nutcracker.

Not that she didn’t occasionally touch on the avant-garde. In the 1930s, she began wearing sacks, strings, masks, and other inventive costumes, as well as reciting poems while dancing solos. The Japanese American artist Isamu Noguchi created a sculpture of her in one of her sack costumes—called “Miss Expanding Universe,” it is now housed in the Art Institute of Chicago.

Page’s theatrical choreography may not have lasted much past her death, like that of her contemporaries such as Martha Graham, but her legacy—especially in Chicago—lived on in the institutions she built, the artists she nurtured and trained, and the stories she brought into dance.