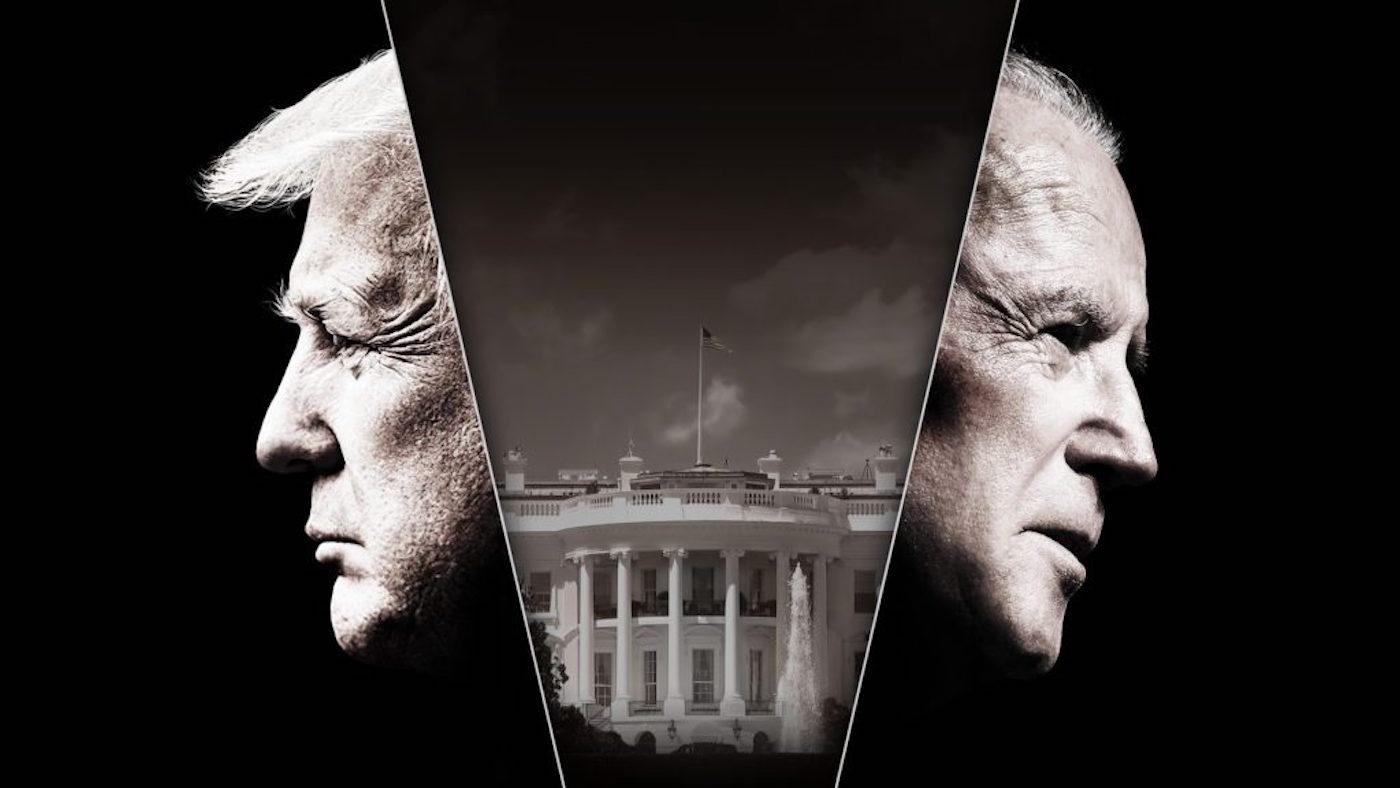 "It’s my intention to make films about the Trump Administration and what they’re doing and what they’re proposing for the next three years and nine months," Michael Kirk told WTTW while finishing up his first Frontline documentary about the Trump Administration, back in May 2017. Now he's nearing the end of the timeline in his promise, with eight films about the Administration behind him. His latest political documentary is The Choice 2020: Trump vs. Biden, his fifth installment of Frontline's election year tradition that offers portraits of the two major-party presidential candidates in an effort to understand how they might govern in the next four years.

It's sure not to be his last. Expect a similar promise from Kirk next year to cover the administration that comes to power in this year's election. For now, he spoke to us about the thought process behind The Choice and the stakes in the election.

At the beginning of this year, you told WTTW that, “It’s a precipice moment. This is really the most important political year coming that I have ever experienced, in all these years of reporting.” Do you still believe that, especially now that the country is experiencing numerous crises—the COVID-19 pandemic, an economic depression, and a reckoning with racial injustice?

It's a very, very, very complicated time. The pandemic and the racial reckoning that are overtaking our nation simultaneously have become parts of the political calculus. Who could have predicted them? And the way that they've altered the potential reelection of Donald Trump is fascinating to try to speculate about and think about and report on.

If Trump wins reelection, all of the things that have been set in motion will come true. Many Americans might like that. Many other Americans will be horrified. But whatever happens, a lot more is now known about Trump’s ability as a president, and as a leader, and a lot more has become clear about where a second term would land.

How are the crises facing this country affecting how you frame The Choice 2020: Trump vs. Biden?

We decided that we would still use the method of The Choice, which is the idea that personality is destiny. If you want to look closely at the character of the two men who are asking to be President of the United States at this perilous time, there has never been a better time for political biography.

So we've found essentially eight crisis moments in each of their lives, with the notion that, in looking at those, and how they approach them, and what pulls through from those moments to now, we can offer a prediction about how they'll be as president in what is maybe the most crisis-filled period of our history since the Depression and World War II.

We're looking at the two men and how they have approached big crises in their lives, trying to find at the heart of each man, and each man's events, predictors for how they will act as President of the United States at this perilous time.


This is the fifth The Choice documentary you’ve made. Are there ways in which this one seems especially different?

None of them are the same. You know so much more about incumbents after a term in office than you did before. This one is an interesting challenge because of Trump. Not only did we make The Choice four years ago about him, but I think we have made eight other films that more or less always land around Trump. We know him and his policy and presidential sense. So the challenge was, do we make a film about the Trump presidency? Or do we stick to our guns, that this film is really about the life method of the two men who would be president?

Now that we know so much about Trump, we wanted to find out where he gets his life method from. Is it real? Is it artifice? Is it a strategy? How much of it is alterable by circumstances? Does the man make the times or do the times make the man? There is a philosophy at work there that I think needs to be revealed.

The thing about Joe Biden that emerges from all of his political biography and his personal biography is the extent to which there really isn't an identifiable ideology in there. Finding Joe Biden’s politics is a case of finding Joe Biden the man in critical political moments and personal moments where you see who he is. We wanted to know, why is he running, in what has to be the ugliest time to run for president? Where does that come from?

Biden is offering this message of “The world is on its heels. We do not need another level of fighting: Bernie [Sanders], [Elizabeth] Warren, the fighters, the changers. We’ve got a huge crisis on our hands. Maybe what we need is a grief counselor.”

The election is probably going to be very close. So if it really comes down to that, maybe people want to know who it is that they might change sides for.

What do you see as the stakes in this election?

I think there is a real assault in America on knowledge-based institutions by people who firmly believe they’re right: the press, universities, science, in some cases, law and justice, civil rights institutions. The crisis points it out. It’s an assault on truth.

And this is not a commercial for Joe Biden, because all politicians assail and assault and try to undermine and control things. But something is afoot in America. A lot of people on both sides who I talk to understand that they are in a struggle for: whose truth is it? Is it Mitch McConnell's truth? Is it Nancy Pelosi's truth? Is it your truth? Is it a suburban working mother who is now a teacher full time with her children’s truth?

And the press has a big responsibility for the problem, and a responsibility to fix the problem. And all of that is in play in this election, because when you talk about getting rid of the administrative state, or draining the swamp, or reinstituting rule of law, what everybody's arguing about is the truth, and which truth is it. That's why I think it's a precipice moment. The differences between the two parties are very stark on this point.