Drawing Lessons from the History of War 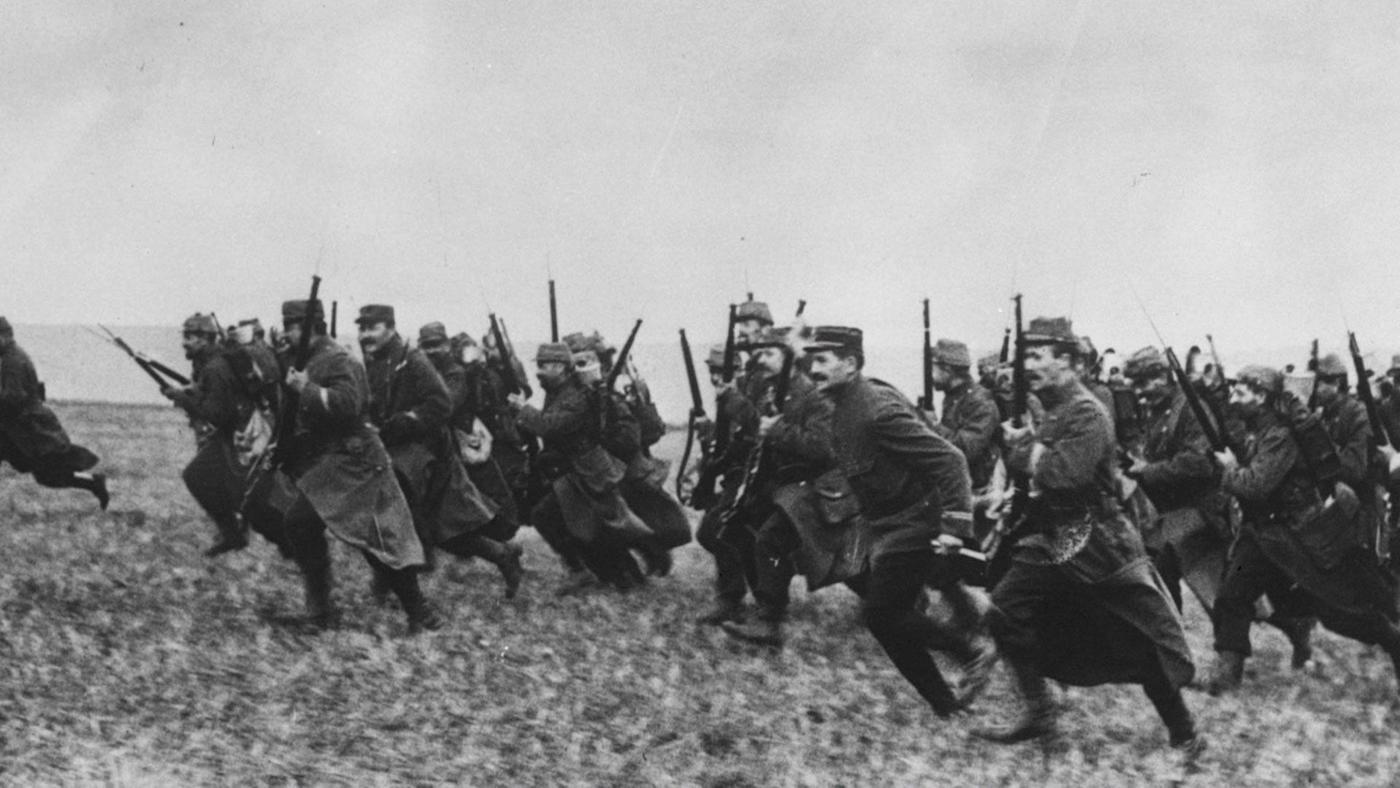 The First Battle of the Marne in 1914. Image: Courtesy Pritzker Military Museum & Library

This Week in Military History is available to stream.

2020 marks the 75th anniversary of some of the most significant events in military history (and of the twentieth century in general): the numerous steps making up the end of World War Two. It’s a fitting time to launch a new series of short video segments called This Week in Military History on WTTW.

“We are actively discussing, memorializing, and commemorating the end of World War Two—there's only going to be one 75th anniversary of that,” says Dr. Rob Havers, the President and CEO of Chicago’s Pritzker Military Museum & Library, which is producing the series. “There are myriad other anniversaries that also happen every week.”

A different event will be spotlighted each week in a two- to three-minute segment, which will also be available to stream online. Everything from the first shots of the Revolutionary War to the anniversary of the armistice in World War One, the Middle East’s Six Day War to the Battle of Thermopylae will be featured. “Our library is extensive, and there is a work or a book or something on every single piece of military activity from when records began,” says Havers.

This Week in Military History not only recaps an event; it also looks at its significance, even beyond war. “It’s tempting to think that military history is just about, ‘Here’s a tank, it does X, Y, and Z,’ ” says Havers. “But essentially, for good or ill, war is a huge catalyst of change. Whether it’s the prosecution of war or the planning for the sad inevitability of war, military endeavor and war itself changes societies.

“World War Two wrought huge change on the United States, in terms of gender roles, in terms of racial equality—the desegregation of the United States military was undertaken well before efforts to desegregate the country more broadly,” he continues. “Equally, it affects the way in which the economy is structured, medicines are produced, the evolution of research. Military history is  a very convenient catch-all for distilling down the how and the why of societies’ evolution.”

Havers, who narrates each segment, had contributed similar segments on historical anniversaries to the local news when he served as the Executive Director of the National Churchill Museum in Fulton, Missouri. Given the limitations of in-person gathering due to the COVID-19 pandemic, he thought this was the perfect time to bring the educational aspect of museums like the Pritzker to people in their homes via a project like This Week in Military History. (The Museum & Library are currently open with limited hours.)

“An anniversary is very important,” he says. “We should not forget what’s gone on in the past, and should have an understanding about where we’ve come from.” In terms of military anniversaries such as those involving World War II, “First of all, it is important to remember the sacrifice,” he says. “But it is also a way to think about the world in which we live today. The end of World War Two brought in international institutions such as NATO, the United Nations, the World Bank, the International Monetary Fund—some of which are on less firm foundations today.

“So it's interesting to see the criticisms of some institutions today, and then look back and see what the arguments were: why were they persuasive 75 years ago? Does that give us an insight into whether they should continue or not? It just provides context to the modern world.”

While the military is much less a part of people’s lives in contemporary America than it was during World War II, for instance, Havers argues that that fact makes it even more important for people today to understand the military’s history and its veterans. “I would always argue that the veteran experience is one which needs to be further understood, more broadly than simply within families who supply those veterans,” he says.

“The Pritzker Military Museum & Library reminds the wider world of those who serve and those who are in the families of those who serve, as well as providing an opportunity to the civilian world to have an understanding of what the military is about, since we as taxpayers are expected to provide X amount for a defense budget.