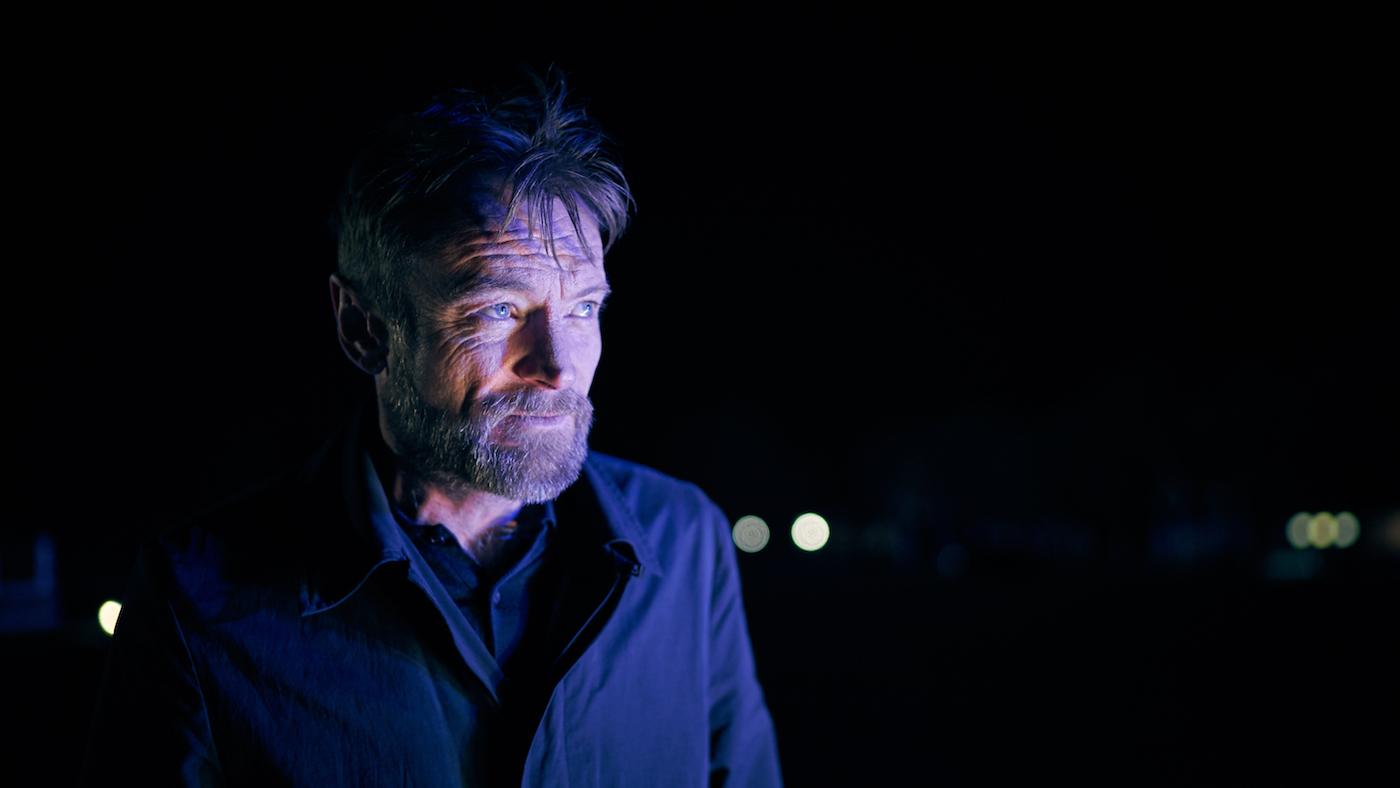 In the wake of mass blackouts due to a geomagnetic solar storm, Prime Minister Robert Sutherland has invoked an emergency law restricting travel to and from the most affected areas and setting up tribunals in case of civil disorder. It’s hoped that power will be restored to major cities within 48 hours, but it could take weeks to replace the transformers in four coastal areas that have lost theirs. Worse, there are only three available replacement transformers. One area will have to suffer even longer.

One of those areas is Northumberland, where a French plane crashed in the first disaster of the crisis. Civil servant Fraser Walker is bringing medical supplies on a helicopter to the region’s overwhelmed hospital after calls for help from the chief constable, Stuart Collier.

The plane crash isn’t all Stuart has to worry about. An immigration removal center in the region that contains high security criminals is “a bomb waiting to go off,” its director tells Stuart: staff haven’t showed up to work, and the prisoners are becoming enraged.

Despite the issues it faces, Robert, with the advice of Fraser and Home Secretary Archie Glover-Morgan, has decided that Northumberland will be the area to wait for another replacement transformer to become available. Given the plane crash on the highway, it would be difficult to transport a transformer there right now.

After the decision is made, Archie privately commends Fraser on his handling of the crisis, and hints that he might have a job if (when, in Archie’s mind) Archie becomes Prime Minister. Fraser admits that his dad admires the hardline Archie.

Fraser has been trying to reach his father, who recently moved into a care facility. He finally connects just before leaving for Northumberland. His father has died. He tried to walk around during the blackout and fell down the stairs.

Robert is also trying to cope with a death, but in a political rather than emotional sense. His daughter Ellie’s friend is in a coma in the hospital after taking various drugs with Ellie. She’s brain-dead, and her parents eventually decide to take her off life support.

When Robert mentions the situation to his chief of staff Anna Marshall, she warns him that it would look terrible if the drugs came from Ellie. Robert changes the subject. His wife Rachel and press secretary, Peter Mott, are trying to convince Ellie to tell the police that Georgia supplied all the drugs, even if that’s not true—her life is over, while Ellie still has a life ahead of her (and her father has a reputation to maintain). Rachel doesn’t want Ellie to go to jail. Robert is conflicted about telling Ellie to lie.

Unfortunately for Robert, his rival Archie is aware of the situation. The intelligence chief, Eleanor James, has apprised Archie of the details, not because she supports Archie but because she’s always concerned about national security. This could set Robert up for blackmail. 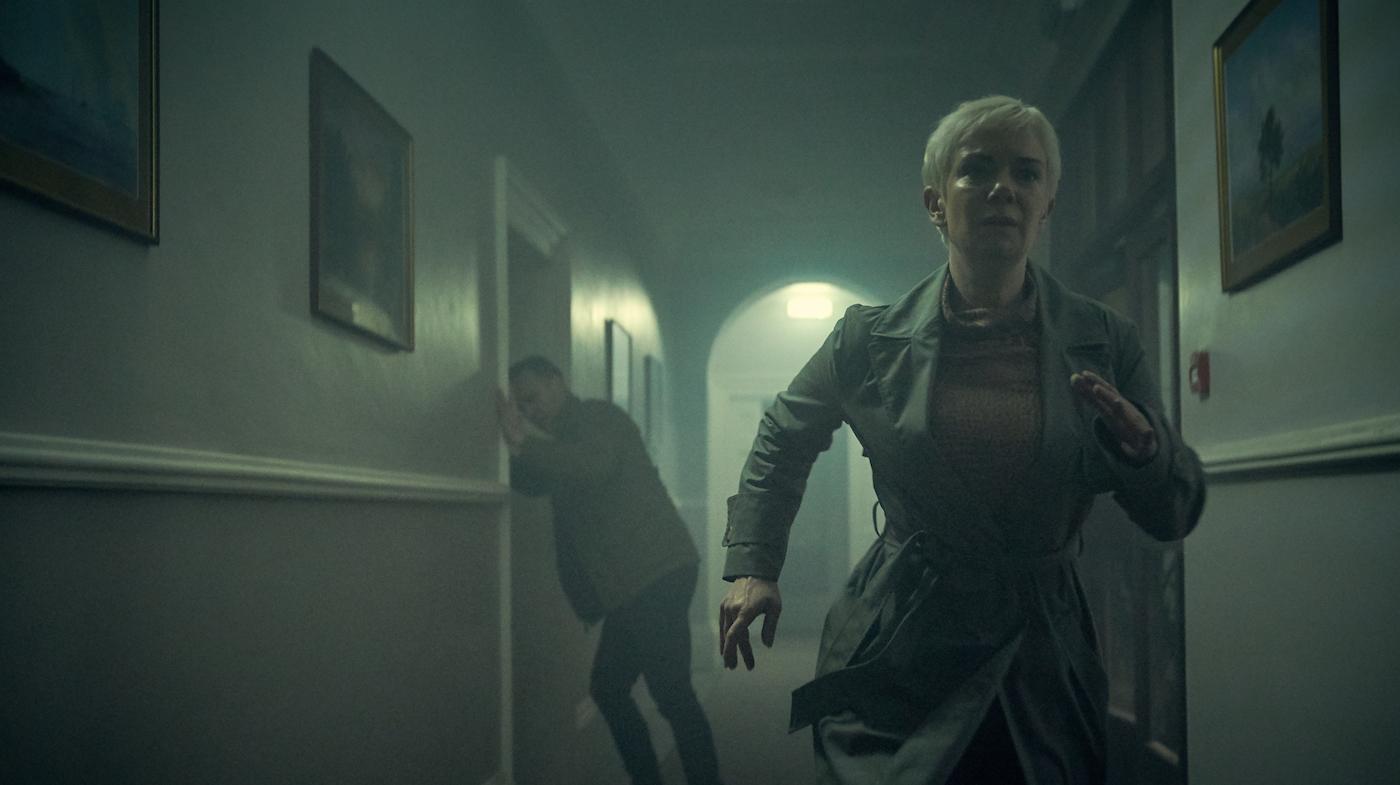 Anna ends up in a dangerous situation when she goes to meet a contact from her time as a war reporter. Photo: Sky UK Limited

Anna may have also put herself in a situation susceptible to exploitation. She has decided to visit Edin Tosumbegovic, a translator she knows from her time as a reporter during the Bosnian war who has recently appeared on her doorstep. In his candlelit hotel room, he explains that he never found the sister he went looking for during the war. It seems she was brought to a hotel notorious for the raping of young women, then executed and thrown into a river.

Edin was captured and sent to a camp, which is why he never reconnected with Anna—his lover at the time. When he was released, he returned to his parents and married a Muslim woman, as they wished. They had lost a daughter; he didn’t want them to have to lose a son.

But in doing so, he broke Anna’s heart. He tells her that his wife died a year ago, and it wasn’t a happy marriage. And then they spot the Aurora Borealis, a side-effect of the solar storm, out the window, and Anna lets her guard down. They sleep together.

Afterwards, Anna says she has never been unfaithful, even though her husband probably has. As she and Edin leave the hotel, they hear cries for help from the basement. A mechanic has been set on fire; the generator exploded while he was trying to fix it. The mechanic is dead, but the fire is spreading. Anna, Edin, and a hotel employee rush through warning people to evacuate.

Edin shoots open the door of a woman locked inside and rescues her. As Anna falls, coughing from the smoke, he also helps her escape into the open air. While they recover outside, a photographer snaps a picture while Anna smiles at Edin. As she gets up, Edin asks if he’ll see her again. He’ll only go home to Bosnia if she wants him to. Anna doesn’t answer, and leaves him.

Fraser has his own terrifying experience in Northumberland. After visiting the chaotic hospital with Stuart, they go to the immigration center. There, they find a smashed barrier and people wandering the grounds. The director is in his office, bleeding from a stab wound—the guards ran away when the prisoners stormed the office. Fraser and Stuart hustle the director into their car and flee the center as prisoners try to pry the doors of the car open.

As Fraser boards the helicopter to return to London, he promises Stuart that he will do all he can to help Northumberland.

They’re going to need any assistance they can get. There are reports that escapees from the center have attacked students at the nearby university. 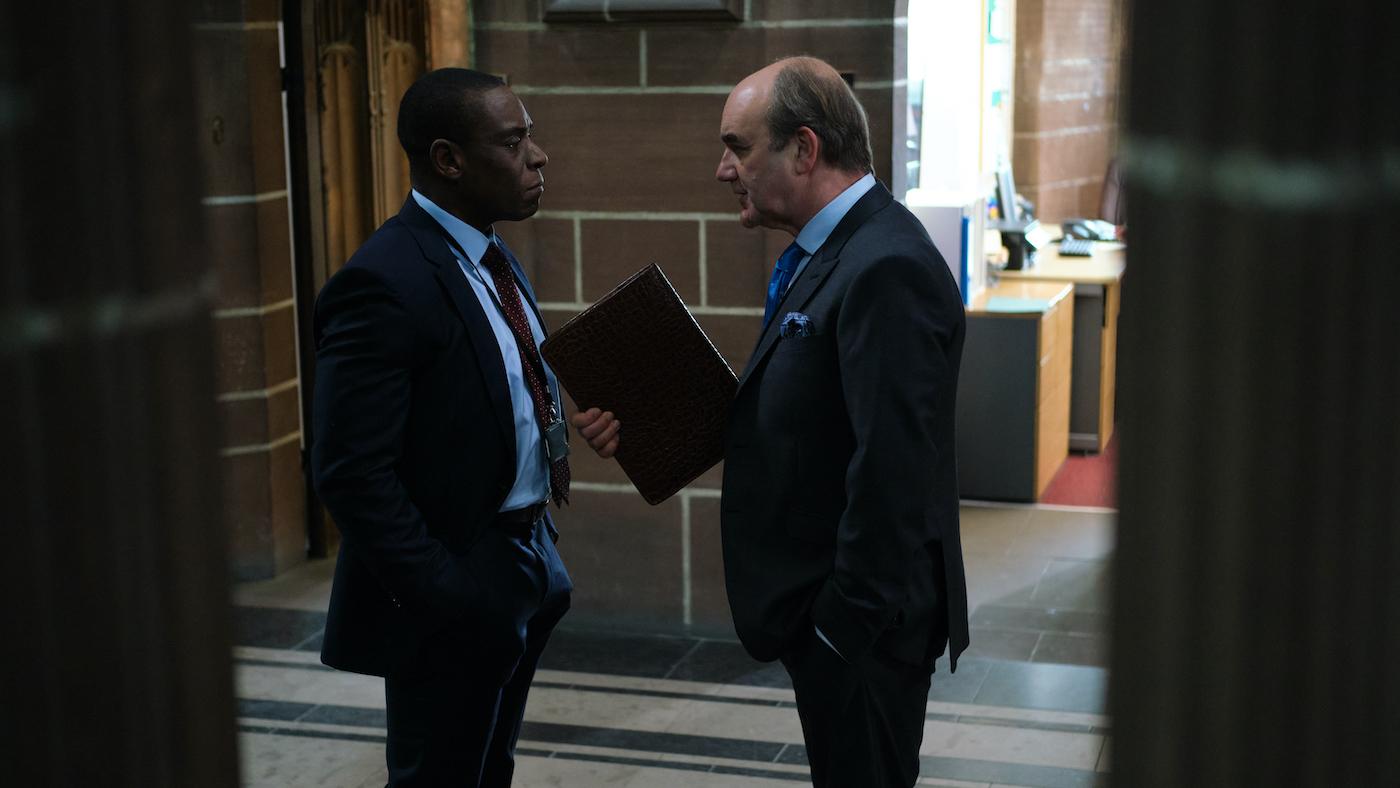 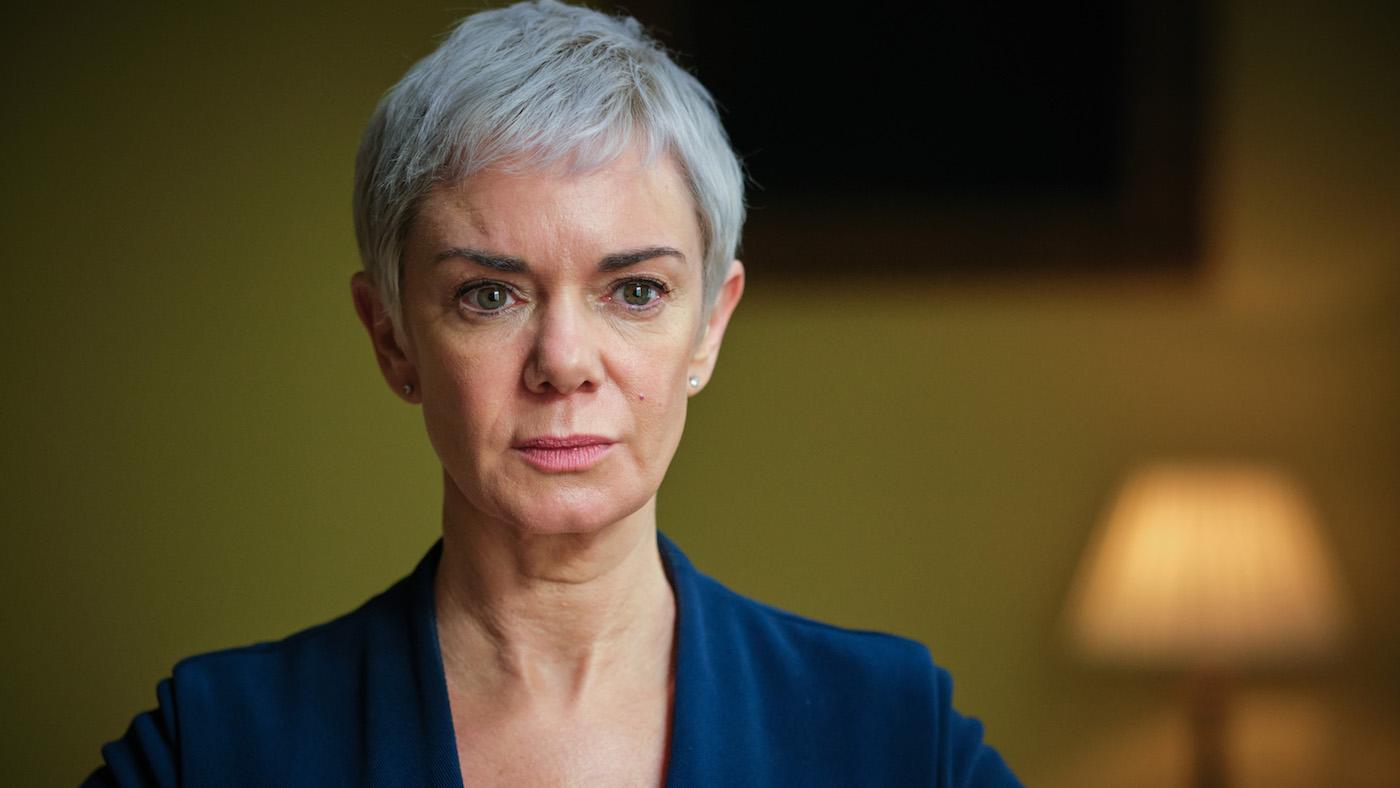