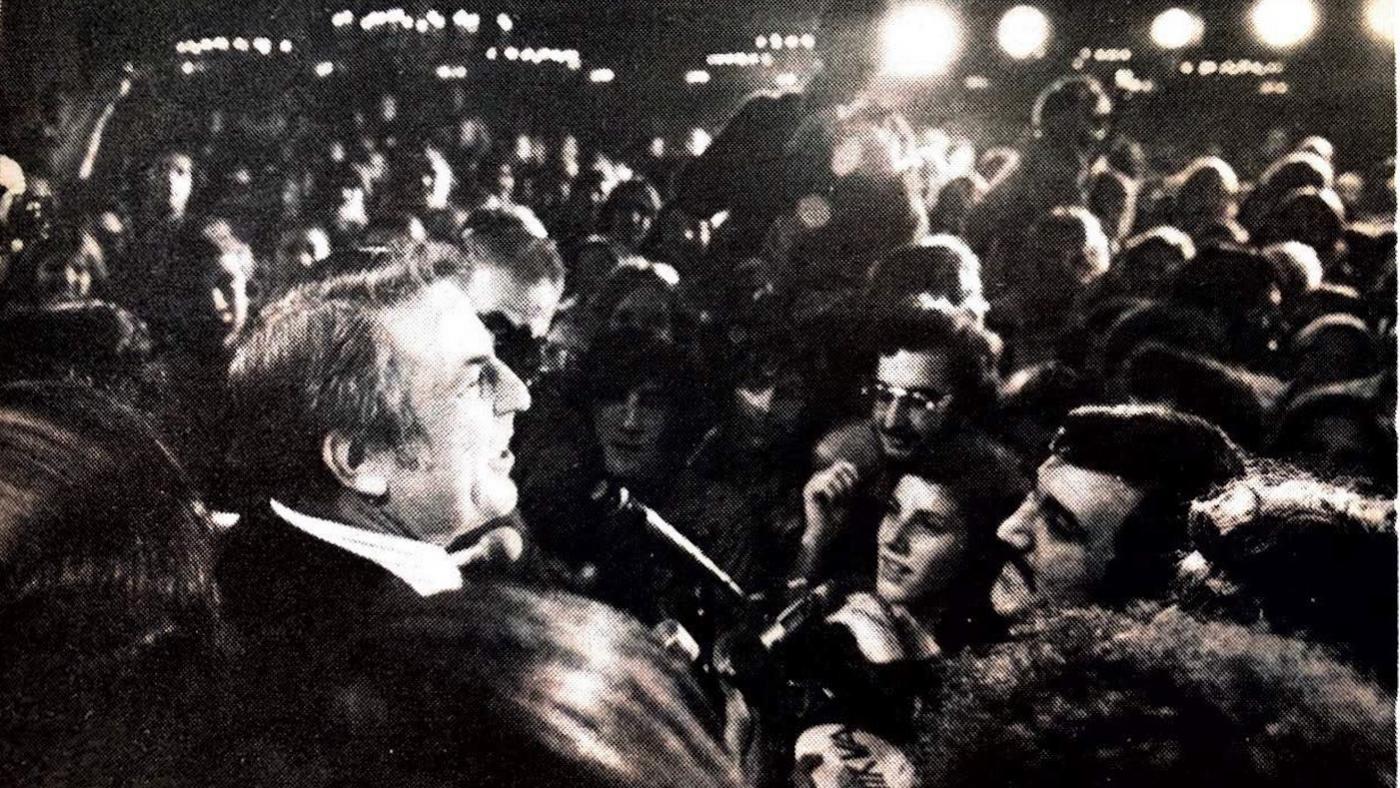 Abner Mikva saw "government as a power that could potentially be a powerful force for good in America." Photo: Courtesy Mikva family

Mikva! Democracy Is A Verb premieres Thursday, October 29 at 8:00 pm.

The story of a fresh-faced idealist entering a Chicago ward office and being told, “We don’t want nobody that nobody sent,” has become a legendary myth about machine politics in the city, but it’s a true story. It was 1948, and the twenty-two-year-old Abner Mikva wanted to support Adlai Stevenson and Paul Douglas in the upcoming elections.

Over the course of his long career, Mikva would serve in both the Illinois and United States Houses of Representatives; sit on the D.C. Circuit Court, considered the second court in the nation; act as Bill Clinton’s White House Counsel; mentor Barack Obama and Elena Kagan, among others; and help set up a successful organization that engages young people in politics. Despite his accomplishments and widespread respect, Mikva is not as familiar as the politicians he wanted to support back in 1948 or the ones he mentored, even if he is in a similar mold.

“Ab Mikva’s name is not as well known as some of the other liberal stalwarts in Illinois history,” says Bob Hercules, the writer, director, and producer of the new documentary Mikva! Democracy Is A Verb. “But he was kind of a low-key person, he wasn’t a big self-promoter. He was more interested in the process of government. I think he really enjoyed the job of being a legislator, and he wasn’t particularly fond of having to go out and sell himself every two years,” as a congressional candidate.

Mikva had a hard fight in his battles to be a U.S. Representative, opposed as he was to Richard J. Daley’s powerful machine. (Mikva “was one of the few consistently successful opponents of Mayor Richard J. Daley’s political machine at the height of its power,” noted his New York Times obituary.) In his first run for national office, he was defeated by the 84-year-old machine-backed incumbent, before ousting him the following cycle, in 1968. A redistricting in 1972 left him without a winnable district on the South Side, so he tried his chances on the North Shore in a moderate Republican district, losing that year before eking out a victory in 1974—as well as 1976, when he won by 201 votes, and 1978. 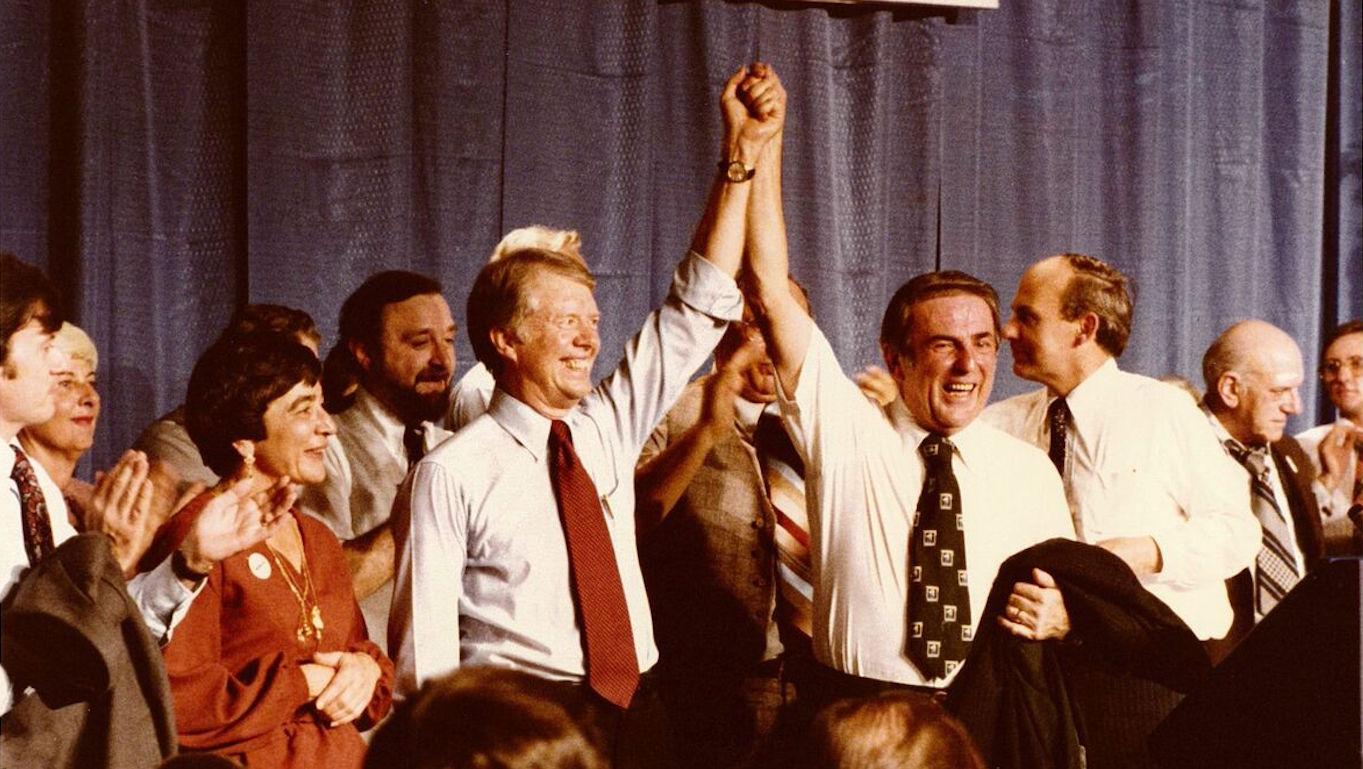 Mikva had a difficult fight in his battles to be a U.S. Representative, running against Daley's machine or in a moderate Republican district. Photo: Courtesy Mikva family

In Congress, Mikva was known as a principled legislator who was still able to compromise with those of a different ideological stripe, someone skilled in the gritty, difficult work of legislating. He fought to enact gun control during every term he served in Congress, inviting the ire of the NRA, which spent a record amount of money—unsuccessfully—to defeat his nomination to the D.C. Circuit Court in 1979. He opposed the war in Vietnam, helped lower the voting age to 18 with the 26th Amendment, and supported civil rights.

“He stood for ethical government and the highest moral integrity, so that people would believe in government,” says Hercules. “I think what happens when government gets corrupted like it is now, people become cynical, they become alienated, and they don't participate in democracy like they should.”

Mikva, who died in 2016 at the age of 90, participated so extensively in democracy in part because of his own experience of the effect government could have on a life. His Ukrainian immigrant parents struggled to survive in Milwaukee during the Depression years, and yet Mikva was eventually able to attend college on the G.I. Bill, after serving in the Air Force.

“Otherwise, he may never have gone to college, because he came from a very poor family,” Hercules says. “But because of a very progressive government program, he was able to get his college degree and eventually his law degree and become a lawyer and congressman. His life was literally changed by this one government program, and I think that really influenced his thinking about government as a power that could potentially be a powerful force for good in America.”

Mikva’s life was changed due to a government program; encounters with him in turn changed others’ lives, especially young people just getting involved with politics. “Jan Schakowsky is a direct link to Ab Mikva,” Hercules says. “Her life was literally changed by volunteering for him and seeing how exciting a political campaign could be. Eventually she ran for Congress, and now she’s really one of the most powerful congresspeople in the House.”

Mikva! Democracy Is A Verb exists due to Mikva's effect on two of his staffers. Greg Kinczewski and Sandy Horwitt had worked for Mikva in the 1970s, and wanted to make a film about him and his legacy. They approached Hercules, and became executive producers of the documentary. 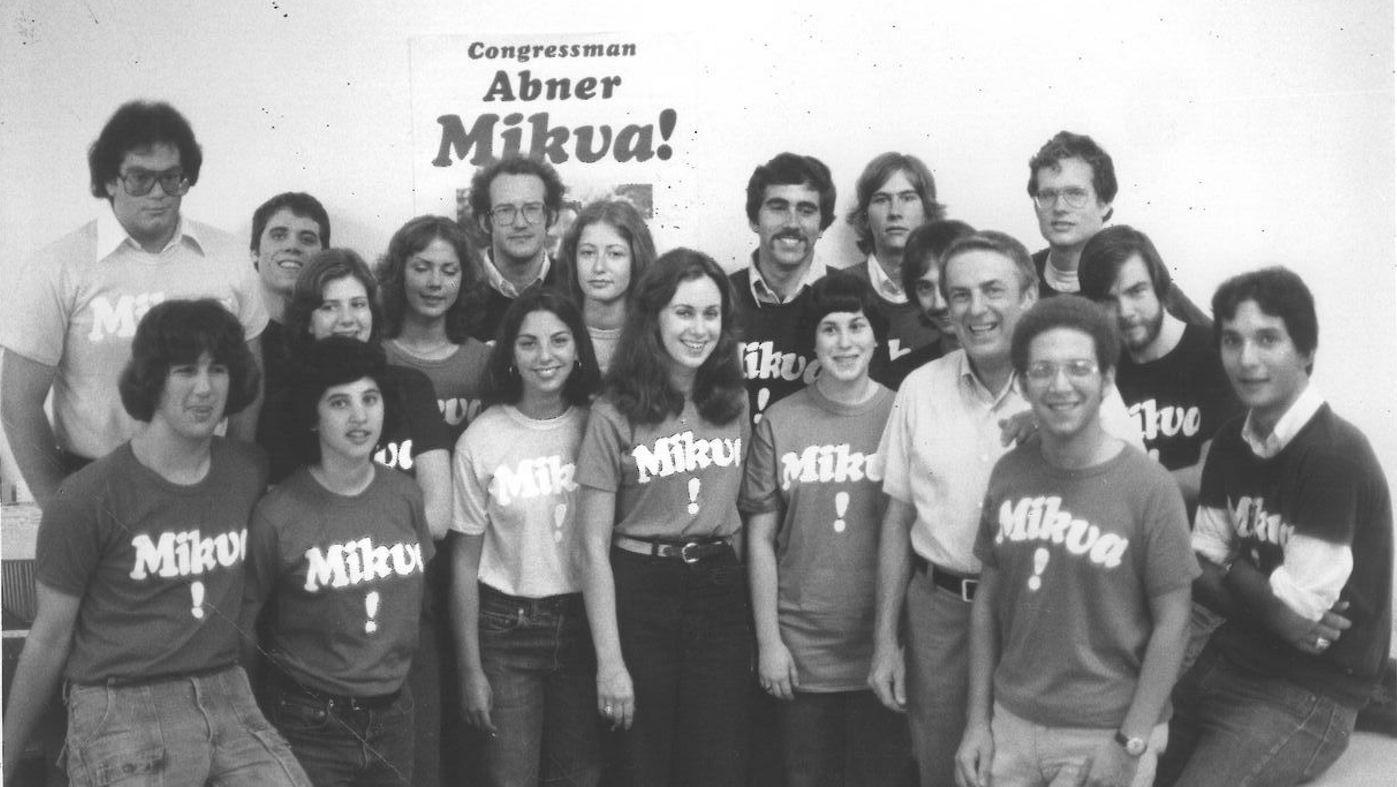 Mikva “inspired the next generation, including me,” Barack Obama said when awarding Mikva the Presidential Medal of Freedom. Photo: Courtesy Mikva family

When Obama awarded Mikva the Presidential Medal of Freedom in 2014, he said that Mikva “inspired the next generation, including me.” Mikva had befriended Obama while they both taught at the University of Chicago—he had earlier tried to get Obama to clerk with him while he sat on the D.C. Circuit Court—and advised Obama on his run for state senate, as well as the legislative process once he was elected.

Encouraging young people to engage with politics and public service is an important part of Mikva’s legacy, in the form of the Mikva Challenge, an organization created by Mikva and his wife Zoe to promote civic and political engagement among high schoolers. “I think the most important part of his legacy is actually the Mikva Challenge, because it’s super active today,” says Hercules. “It’s working with high school kids around the country, bringing them into politics and getting them activated to become involved and engaged in the civic duties of life. He acknowledged that Mikva Challenge was the greatest legacy he could have ever given to society.”

Hercules observed and interacted with some Mikva Challenge students for Mikva! Democracy Is A Verb as well as another project, and he says that meeting them was “exhilarating.”

“They are the next generation. It gives me hope that these kinds of people, these kinds of kids, can rise up and take control of politics. They’re very impressive. It’s quite a testament to what Ab and Zoe have done. It’s what’s needed in America to get people engaged in politics and not so cynical all the time.”

It’s an important lesson—especially since Mikva! Democracy Is A Verb airs less than a week before the election on November 3. “Democracy is a verb”—so make sure to vote!