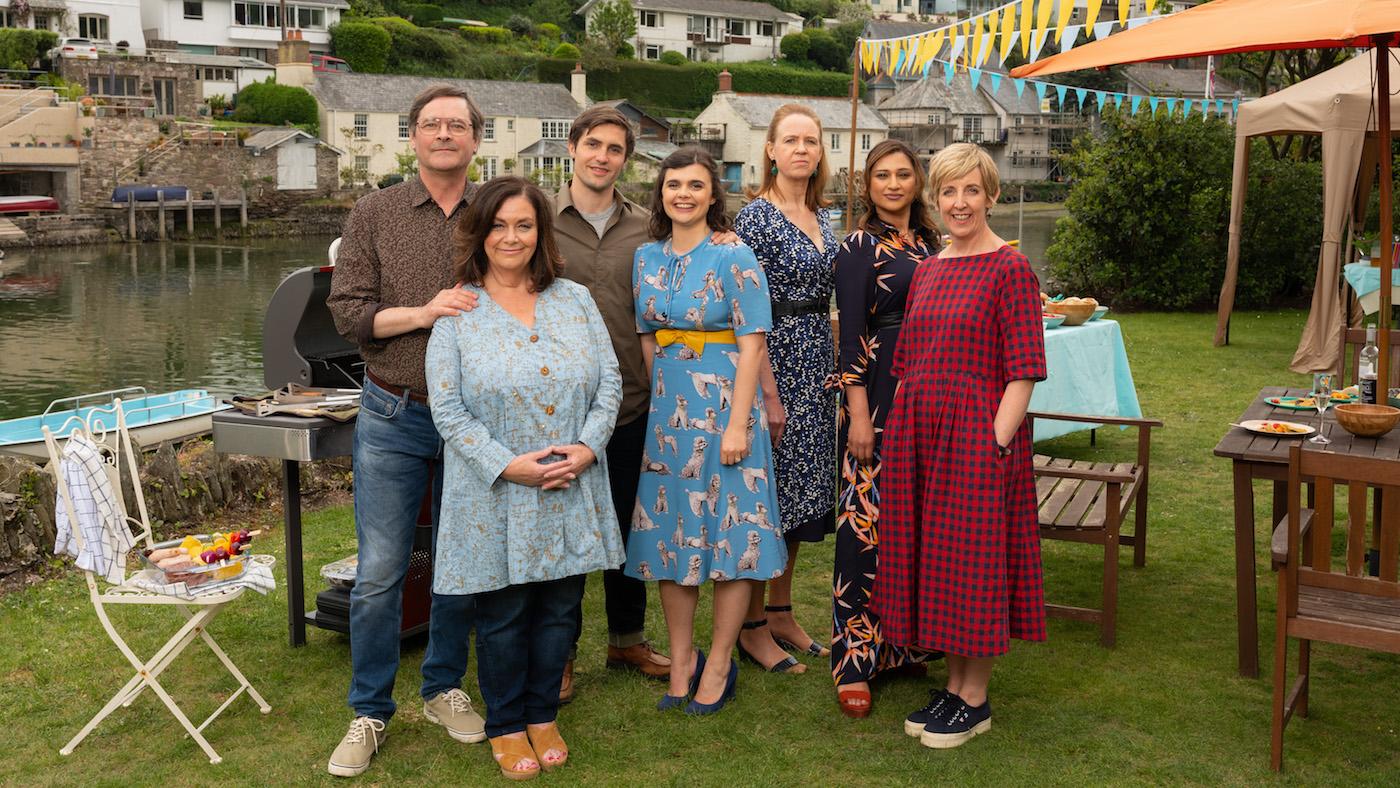 The Trouble with Maggie Cole airs Sundays at 7:00 pm and is available to stream. Recap the following episode.

Maggie Cole is going to be on the radio! Not that it’s a big deal; they’ll probably only use a snippet. But the picturesque village of Thurlbury’s “local historian”—“local what?” everyone asks, surprised, when Maggie so names herself—is thrilled, no matter how much humility she affects.

Maggie, who works at the area’s historic fort ("Norman keep" as she insists it be called), knows everyone in town—and loves to know about them. When she calls her husband Peter, the headmaster at the local school, with news of the radio interview, she eagerly interrogates him about a boy who has brought a dead magpie to school—whose son is he?

When a class of children arrives at the keep for a tour, she gossips about the young teacher’s assistant, Roxie, with the class’s teacher, Maggie’s best friend Jill. Roxie is dating Alex Myer, who’s a member of the Coast Guard, Maggie tells Jill, while Jill laments the slim prospects for a boyfriend in Thurlbury. Come to the party celebrating Thurlbury’s anniversary, Maggie exhorts Jill, there will be plenty of eligible men there. Plus, she needs Jill to suggest that the party needs a float; Maggie can’t since she’s organizing everything.

As Maggie arrives at the local pub for the interview, the producer laments the dullness of Thurlbury to a colleague over the phone. But he loosens Maggie up with a double gin and tonic and asks her about any “colorful characters” or “quirky anecdotes” in the town after getting through the pablum about the village’s history. As she begins to open up, he buys her another drink.

She gets so drunk she has to call Peter to pick her up. On the way home, she spots a familiar dog outside the village shop and demands Peter pull over. Their son Jamie and his wife Becka are coming over for dinner, she says; she needs to buy wine.

Inside, she browbeats the Polish owner Emil, Roxie’s dad, to put up a sign advertising the anniversary party, then sidles up to Marcus Ormansby, an author who comes to write in Thurlbury, prying into his life—it’s his dog Maggie saw outside. Satisfied, Maggie gets back in Peter’s car empty-handed. Where’s the wine, he asks. We have plenty at home, she says.

Before dinner, Maggie orders Peter to ask about babies. A chance opens up when Jamie shares that they may have found a shop to sell Becka’s “bespoke jewelry” out of—or “trinkets,” as Maggie calls it. That will open up a room in their house, Maggie points out, kicking Peter. He asks about grandchildren. Becka assures Maggie that she will be the third person to know when they’re pregnant.

Before bed, Maggie watches her neighbor Alan drive off. Poor Carol, she says to Peter. Carol, Thurlbury’s doctor, believes her husband is always gone on business trips, but there’s probably another reason he leaves on the weekends.

Across town, the lights of emergency vehicles flash outside the pub as the pub owner watches them through the windows. At their home, Kelly Roberts worries that her husband Neil’s purchase of a flashy car will arouse suspicion. And, as Maggie goes to bed, she decides to promote the upcoming radio interview on social media—her son’s and school’s accounts, since she doesn’t have her own.

The next day, she meets Jill and shows her a dating app—Maggie has signed her up, and taken her own look at the men for good measure. Peter calls her: we’re having a barbeque party? Maggie has decided to host a gathering to listen to the radio interview, and invited scads of people—forgetting to inform Peter, of course.

At the party, Maggie makes awkward small talk with Karen, Peter’s assistant, but finds her unreceptive. She moves on to Carol and Jill and is surprised to hear that the reporter never spoke to either of them, even though Maggie recommended them as interesting residents to include in his piece

As the radio segment begins, everyone across Thurlbury tunes in. After a pleasant introduction, the reporter moves on to “tales from the Thurlbury rumor mill” that Maggie shared. Carol’s husband is leaving town to cheat on her—Maggie’s friend saw him in the arms of a man in another town. Roxie has dated nearly every boy in town. Marcus is too lazy to invent his own characters for his books, so he models them on residents of Thurlbury. The pub owner, who arrived out of nowhere four years ago, might have been involved with gangs and is now in witness protection. Neil and Kelly have low-paying jobs but somehow bought a new car; maybe they won the lottery? And Jill? She’s in line to replace Peter when he retires next year, but she’s “not the sharpest tool in the box.”

Finally, Jamie turns the radio off. Carol storms off. Peter awkwardly ends the party. Jill remains and tells Maggie she never wants to speak to her again.

Alan returns home to find Carol fuming in front of her laptop. He asks her what’s wrong, and she plays the interview, leaving him to listen without a word. Roxie desperately tries to reach Alex while Emil disgustedly tears down the flier advertising Maggie’s party. Kelly, terrified, asks Neil if he heard the interview.

Back at the Cole house, Maggie downplays the situation as a “tempest in a teacup.” But when she goes to take a bath, Peter hears her crying through the door. “How do you fix a thing like this?” she asks, despondent. “Perhaps by stubbornly refusing to acknowledge it can’t be fixed,” he says, hugging her. We’ll talk to all of them, one by one, and make it right, he promises.