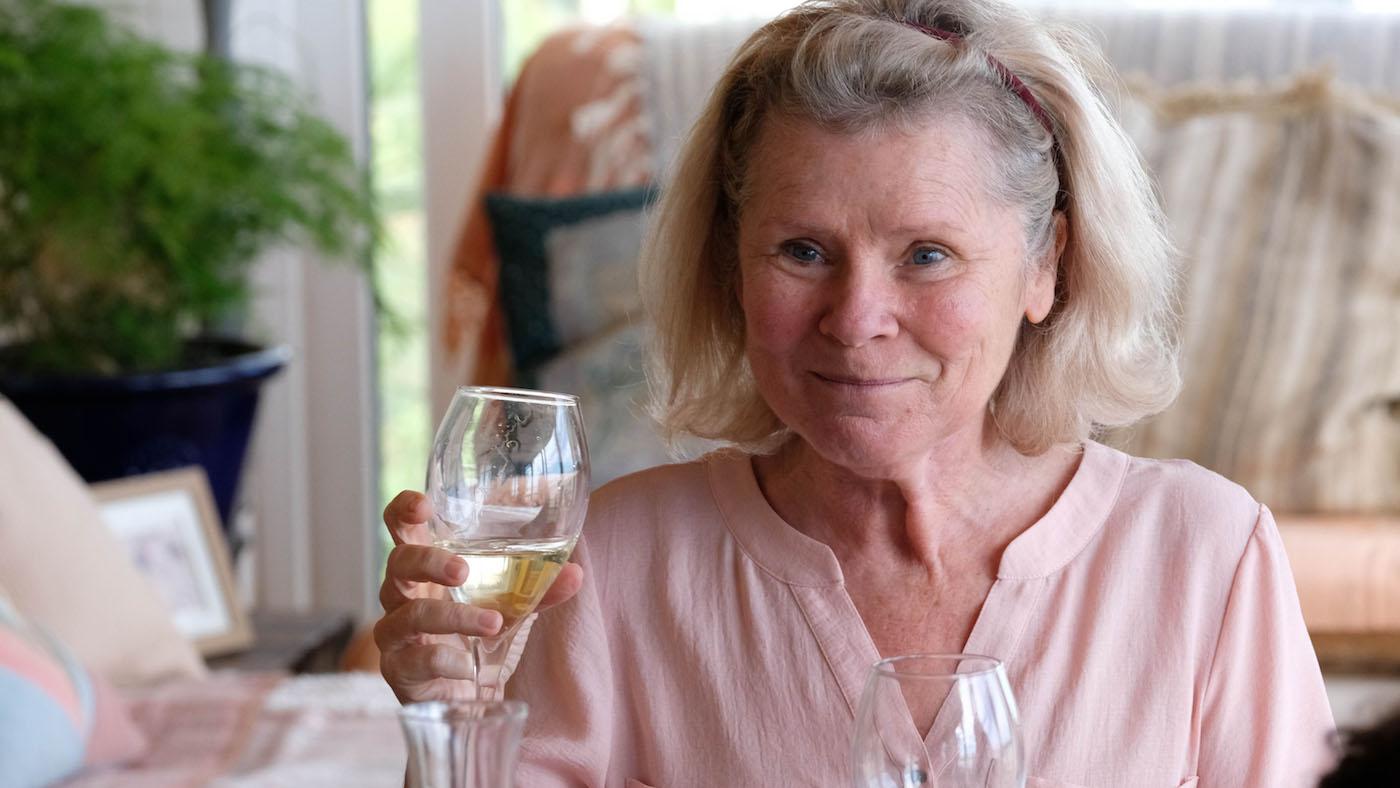 Mary has always been there for Vivien, and wants to continue to support her. Photo: Masterpiece

Flesh and Blood airs Sundays at 8:00 pm and is available to stream. Recap the previous episode.

Helen has asked Vivien over for a coffee. Helen never asks for help, so something must be wrong, Vivien tells Mark. But when she arrives at Helen’s house, she’s surprised to find Jake and Natalie there. They reveal what they’ve learned about the death of Mark’s first wife: he may have killed her and made it look like a suicide.

But Vivien already knows. Mark doesn’t tell most people about his wife’s death, but she suffered from depression and was hospitalized several times; he even saved her life once. When she successfully committed suicide, the police questioned him as part of a routine investigation and found him blameless.

Vivien’s children are still worried about her going to India with Mark, however, and want to contact the woman who testified against Mark in an inquest into the death. Vivien categorically refuses. She doesn’t want to talk about this any more, she says as she leaves. She would simply like a lovely birthday, holiday, and marriage—she hopes with her children’s blessing.

As she arrives home, Mary comes up to the car and finds Vivien out of sorts, feeling faint. Mary makes her tea and tells Vivien not to worry about what the kids think, as long as Vivien trusts and loves Mark. Vivien thanks Mary for always being there for her, and Mary says the same, despite Vivien’s doubts: who brought Mary to the hospital and waited with her when she lost her baby?

Despite Vivien’s assurances that she trusts Mark, her children have inspired some doubt. While Mark is sleeping, she searches his packed luggage for India and finds a first aid kit with several vials. He catches her looking through it.

The next day, Mark explains that as a doctor he’s always prepared for the worst when he travels. He also says they have to trust each other if this marriage is going to work; he’s done with gossip—it’s why he moved to Dover in the first place. He wasn’t even with his wife when she died; he was with his daughter. Vivien says she trusted her late husband, and yet he lied for so many years about his affair. But she loves and trusts Mark, no matter how her kids feel.

They’re not the best arbiters of trust, anyway. Leila is once again warming to Jake, spending time with him and the kids as a family. Because things are going so well, Stella tells Jake they should stop sleeping together. He tells her he’ll miss her, and they sleep together one more time. As Stella gets ready to leave, Leila walks in. She flees, telling Jake not to follow her. He breaks down, sobbing, in the stairwell.

Tony meets with Natalie and tells her that he’s angry she walked out on him. He was excited about the prospect of having a child with her, and has always wanted to be with her but could never bring himself to tell his daughters he was leaving their mother. But he still loves Natalie, and wants to marry her. He’s divorcing his wife.

As he and Natalie tour the house he will buy them, she sees his pretty new assistant—her replacement—through the window and asks about her. He reassures Natalie that he loves her, but Natalie walks out; she can’t do this.

George still hasn’t returned home. Lily tells Helen that “normal” in her marriage was never that great. She has to stop going on at George, and stop drinking so much.

Helen has other problems: Meera is suing the hospital for unfair dismissal and threatening a harassment case against Helen. Meera has “alcohol-related” images of Helen from Lily’s social media, and Helen came to Meera’s house. The hospital suggests that Helen resign in order to avoid a smear campaign against her, but it’s her decision.

Helen goes to George and tells him she has taken him for granted, hasn’t listened to him, and doesn’t blame him for leaving. I love you, she says, and he kisses her. But he can’t come back yet. 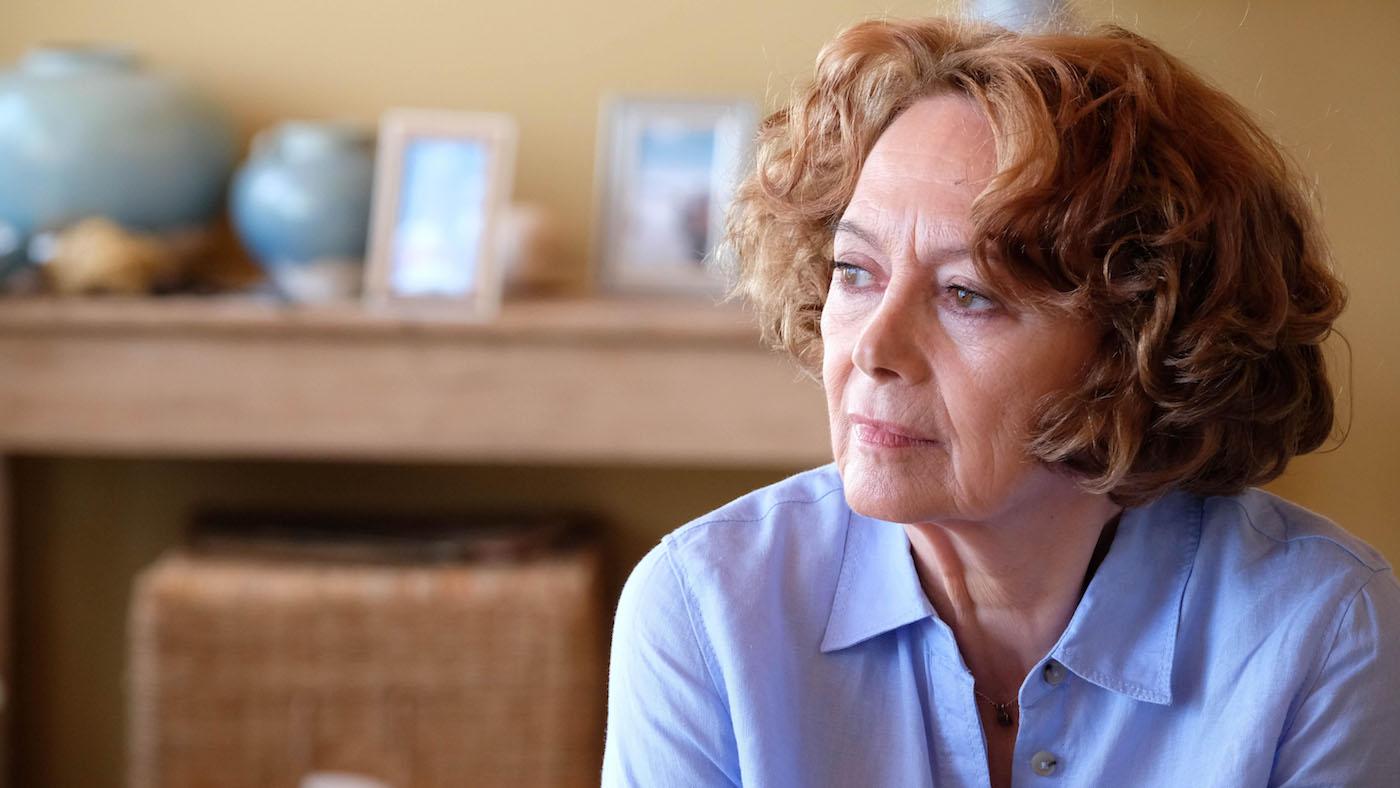 Vivien's family has been torn apart by suspicion. Photo: Masterpiece

All three children’s crises come to a head on the day of Vivien’s 70th birthday. Needless to say, they’re not in the best place for her party—nor is Mark, who knows they don’t trust him. Everyone fortifies themselves with champagne.

The only happy guest at the party is Mary. She has dressed up, wearing one of Vivien’s old dresses, and has brought hors d’oeuvres and a gift for Vivien: a quilt made out of the children’s old clothes. Vivien hugs her tight in thanks for the gift.

As the children arrive, they ignore Mark, who retreats to the balcony for a cigarette—an old habit Vivien didn’t know about. Natalie tells Helen her period is late—perhaps she is pregnant after all.

Later in the evening, everyone toasts Vivien on the balcony. Jake toasts his late father—we miss you, he says. Vivien says she’s proud of her children and thanks Mark, who then toasts her and her “wonderful” family. Jake and he begin to drunkenly argue, and Vivien faints when Jake brings up Mark’s wife’s death.

Everyone rushes to help her, but the children push Mark off as he tries to get through. I’m a doctor, he shouts. Jake pulls him away and Mark punches him. Jake rushes at Mark along with Helen and Natalie. The rail on the balcony breaks and Mark falls, hitting his head.

Mary hesitantly takes charge. It was no one’s fault, she says. Mark was drinking a lot, he fell in an accident. She directs the children to call an ambulance and help their mother, who has yet to rouse.

Mark is in a coma in the hospital. While there is bruising on his torso, it’s hard to say if he was pushed, given the amount of alcohol he consumed. It’s not likely he’ll wake up.

Mary tells the police that Vivien fainted from the shock of witnessing Mark fall drunkenly off the balcony. Mary, who was a “first aider,” couldn’t find a pulse when she checked on Mark. She tried mouth-to-mouth, she says—when in fact she plugged Mark’s nose and mouth as he lay there.

The police close the investigation, ruling it an accident. While they have gotten in touch with Mark’s daughter, they don’t need to speak with her.

The For Sale sign is taken away from Vivien’s home while Jake plays with Lily and his kids on the beach. Mary prepares dinner for the whole family and checks on Vivien, who’s barely present, dulled by trauma and suspicion. Mary will be there for Vivien; it will just be the two of them.

In the hospital, Mark’s eyes open. 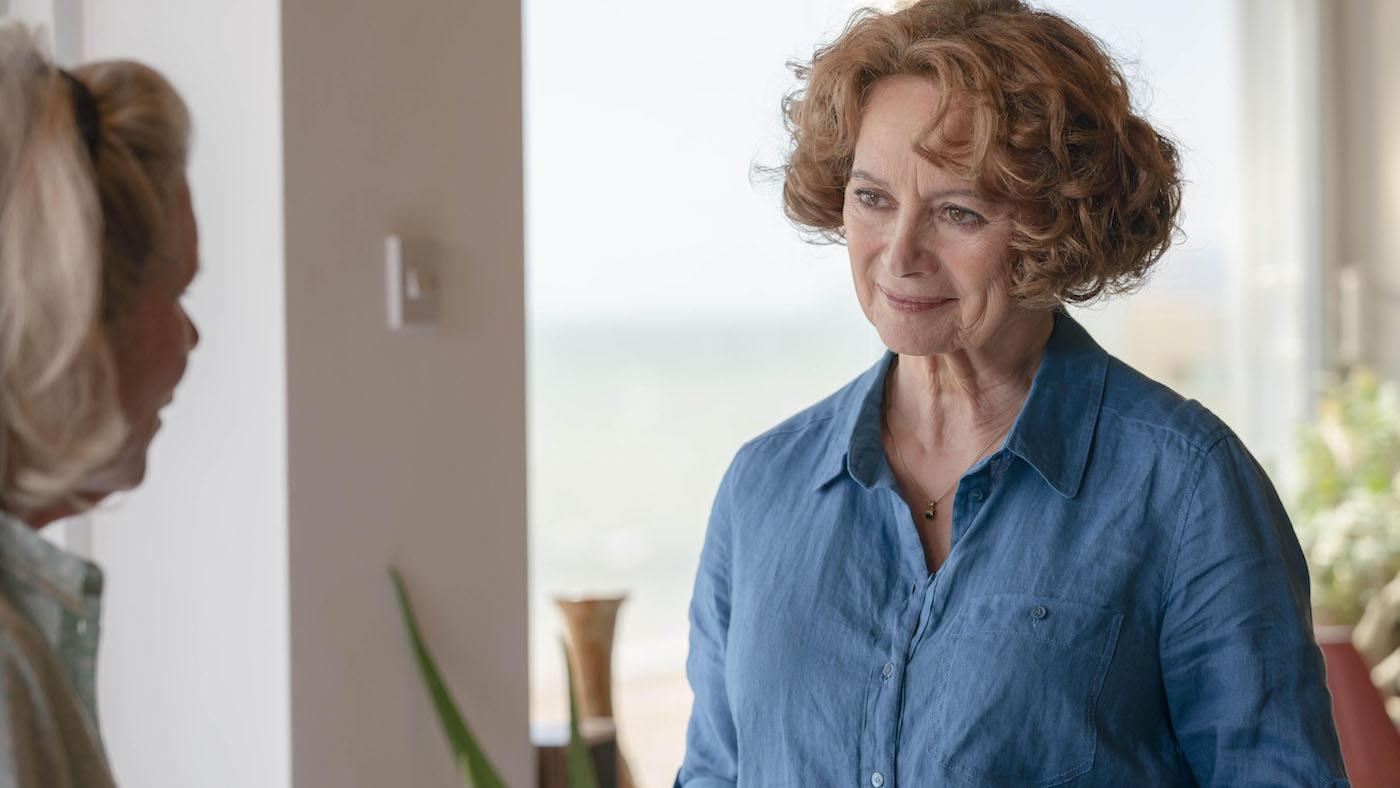 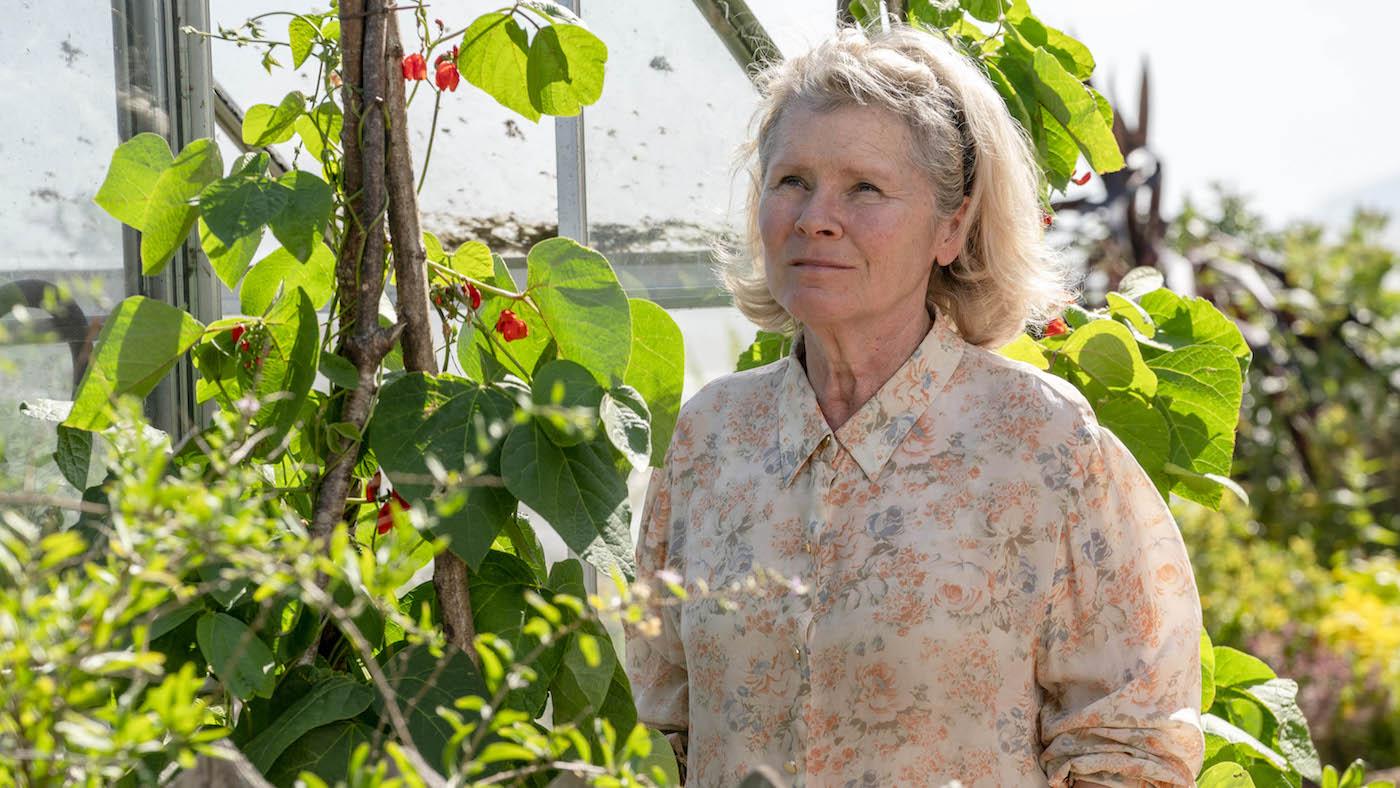 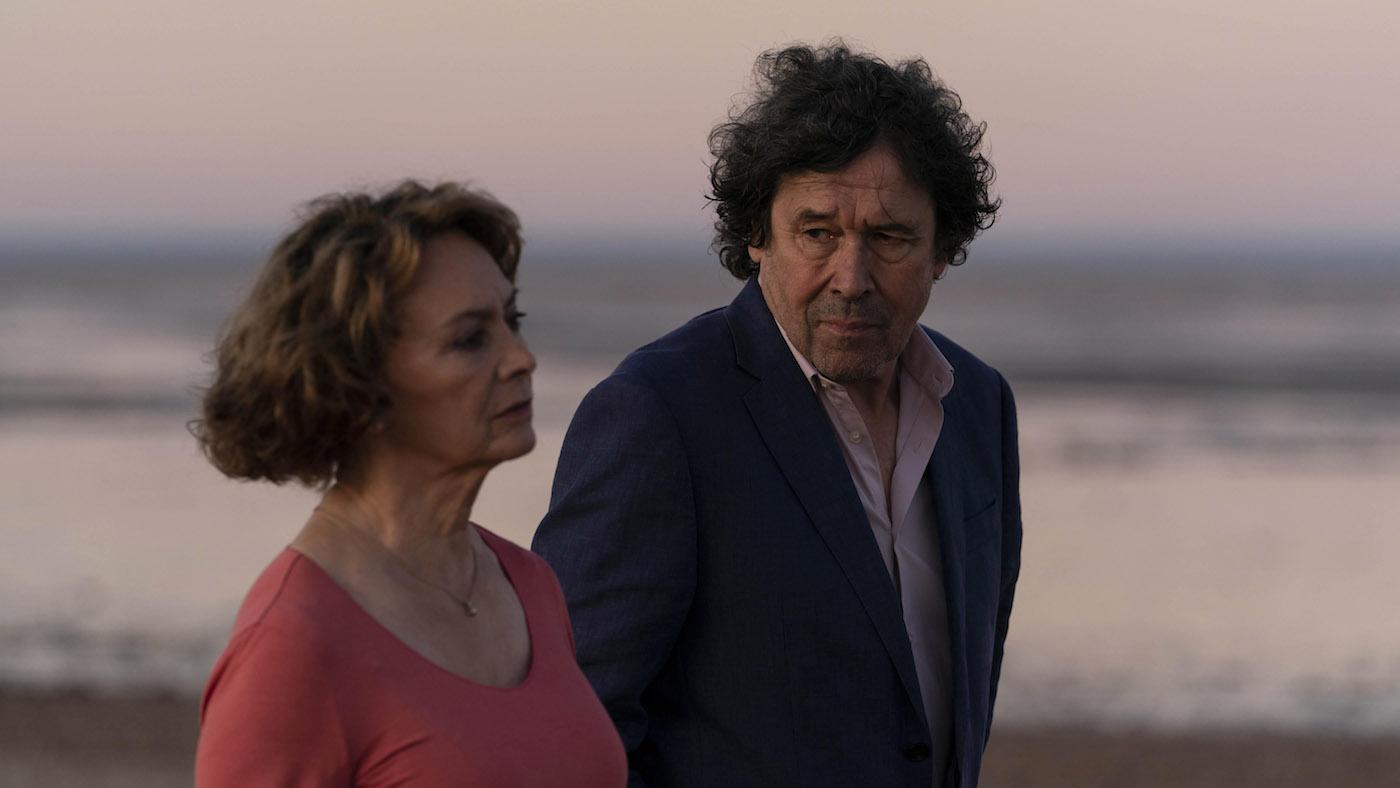