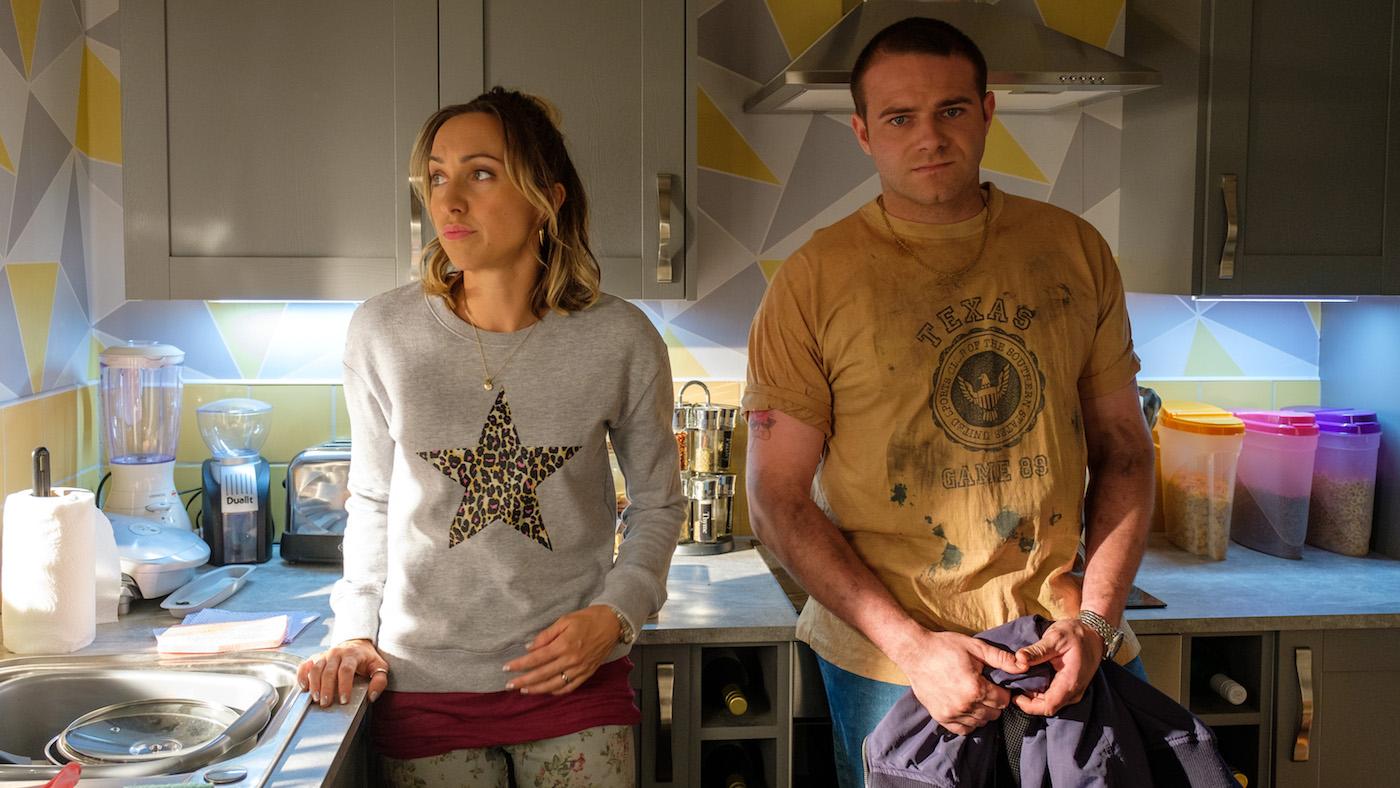 Parents have begun a petition online calling for Peter’s early retirement due to #Radiogate. Karen is incensed, but Jill takes advantage of Peter’s vulnerability to get permission for Marcus to come speak to her class, mentioning that he and she have been texting quite a bit since she ran into him last week.

As Maggie picks Peter up from the school, he has to convince her not to speak with Roxie—she’ll be one of the most difficult relationships to mend. It would be a practical one to fix, however: Maggie needs groceries, but neither she nor Peter want to go inside Emil’s store. As they argue over who should face Emil, the shopkeeper spies them through the window. Maggie drives off. She’ll go to the farther store.

After their errands, Maggie tells Peter that someone from the Daily Mirror called (she thinks it was the Daily Mirror), seemingly digging for gossip about the family—but she has learned her lesson and didn’t share anything. Anyway, the family has nothing to hide.

Peter is uneasy. As he lies sleepless in bed that night, he begins to text Jamie “We need to…” but never sends it.

The next morning, Maggie thanks Peter for supporting her through all of this drama. How are you faring through it all? she asks. You seem weighed down. Peter says he’s fine; he’s just busy at work.

He is a bit worried that Maggie is going in for her regular haircut with Kelly. Not that the Coles know it, but Kelly and Neil are having a difficult time on the eve of their tenth anniversary. Neil has bought an Egyptian cruise for the anniversary—and also quit his job. He always hated it, and now that the town thinks they’ve won the lottery, why not? He wants to have a glamorous anniversary, better than the “godawful, scruffy” honeymoon they had.

Kelly sleeps on the couch that night, for the first time in their marriage. It’s the lie, Neil, she tells him. I did this for you, he replies. But she doesn’t mean the lie about the lottery.

Neil and Kelly aren’t the only ones hiding things. Arriving at the pub to find his brother Liam there, he’s upset: Liam is supposed to be with their mother, who doesn’t like to be alone anymore. Liam shrugs Alex off, then tells his girlfriend, Syd—the bartender—about the gun he found in the flat upstairs, which belongs to the pub owner, Brian. Syd doesn’t believe Liam—until she confirms it for herself, later on.

Liam’s not the most reliable person. Another day, Alex wakes him up late in the morning, criticizing him for leaving his drugs—pot, speed—out for their mom to see. Do you miss dad so much you want to share a cell with him? Alex says. Liam retaliates, asking Alex how much he owes this time, that he suddenly decided to leave his job in the city to come back to Thurlbury.

The Myers have gambling and drugs; Marcus’s books are full of violence and murder, as Karen complains to Peter when Jill brings Marcus in to speak to her class. Karen criticizes Jill to Peter, saying it almost felt she blackmailed him with #Radiogate to get permission to have Marcus at school. If you ever need to talk, Karen offers—and Peter sincerely thanks her, bringing a smile to Karen’s face.

Marcus’s books have nothing on some of the stories Jill’s students write. But when Josh, Neil and Kelly’s son, reads his, it’s a sweet fairytale—a veiled parable of how his dad came across a windfall of 70 grand in cash. Neil and Josh found the money hidden in Thurlbury’s keep. Kelly wanted to go to the police, thinking it was drug money, but Neil decided to keep it.

It has only caused tension since. When Maggie apologizes to Kelly as Kelly prepares her for a haircut, Kelly begins to cry. She doesn’t care that Maggie gossiped about her and Neil; she’s upset because she thought she and Neil were happy. She had booked the cottage they stayed in for their honeymoon for their anniversary, but apparently that wasn’t good enough for Neil. Their marriage, their life together, is all a lie: she may have been happy, but Neil wasn’t.

Maggie consoles Kelly. Neil has always been in love with Kelly. He’s not disappointed in their life together; he’s disappointed in himself for not giving Kelly a better life, even if she doesn’t need one. It’s a masculine thing: Peter still tries to protect Maggie by bottling everything up.

Just then, Maggie’s phone rings. It’s Jamie: Becka is pregnant. Maggie is overjoyed; she needs to leave and tell Peter! Kelly tells her to come back tomorrow; she can give Maggie her haircut then. She thanks Maggie for her support.

Rushing into Peter’s office, Maggie accidentally hits Karen with the door as she brings a tray of tea—two cups, two cookies—to Peter. After Maggie reveals her news to Peter, he excitedly tells Karen. Unlike the Coles, she’s disappointed.

Maggie then barges in on Jill just as Marcus was about to ask her on a date. Maggie wanted to talk to Roxie, but the girl is already gone. Marcus gets up to leave—and finally asks Jill to drinks. Maggie’s happy for Jill, but her friend is still cold to her. Maggie notices a flier for a meeting to plan the Thurlbury anniversary that she was supposed to spearhead, now with Jill’s name on it. Saddened, she tells Jill she’s going to be a grandparent, then leaves.

The anniversary still preoccupies Maggie at a celebratory dinner with Jamie and Becka. Eventually, the Daily Mirror call comes up. Jamie and Peter are uncomfortable. As Maggie and Peter leave, Jamie pulls his dad aside. Peter assures him that this is a good secret: it’s protecting the right people, and it was a long time ago.

After drinks with Jill, Marcus nervously tries to ask her out again. Finally, she kisses him. “Call me tomorrow,” she tells him, smiling.

Kelly asks Neil if he has been happy in their marriage. Of course, he says; I just wanted to make you happy. Their windfall is a solution to a problem they never had. Neil decides to burn the rest of it—but first they both grab some handfuls.

Two men are waiting for Alex. They saw him in the background of Roxie’s photo in the paper—his Coast Guard jacket tipped them off to where he was. He promises he’ll get them the money tonight. He’d better: the debtors now know his real name, and that he has family in Thurlbury.

Alex rushes to the keep, searching for his pile of money. As he realizes it’s gone, Kelly and Neil burn the rest of it.