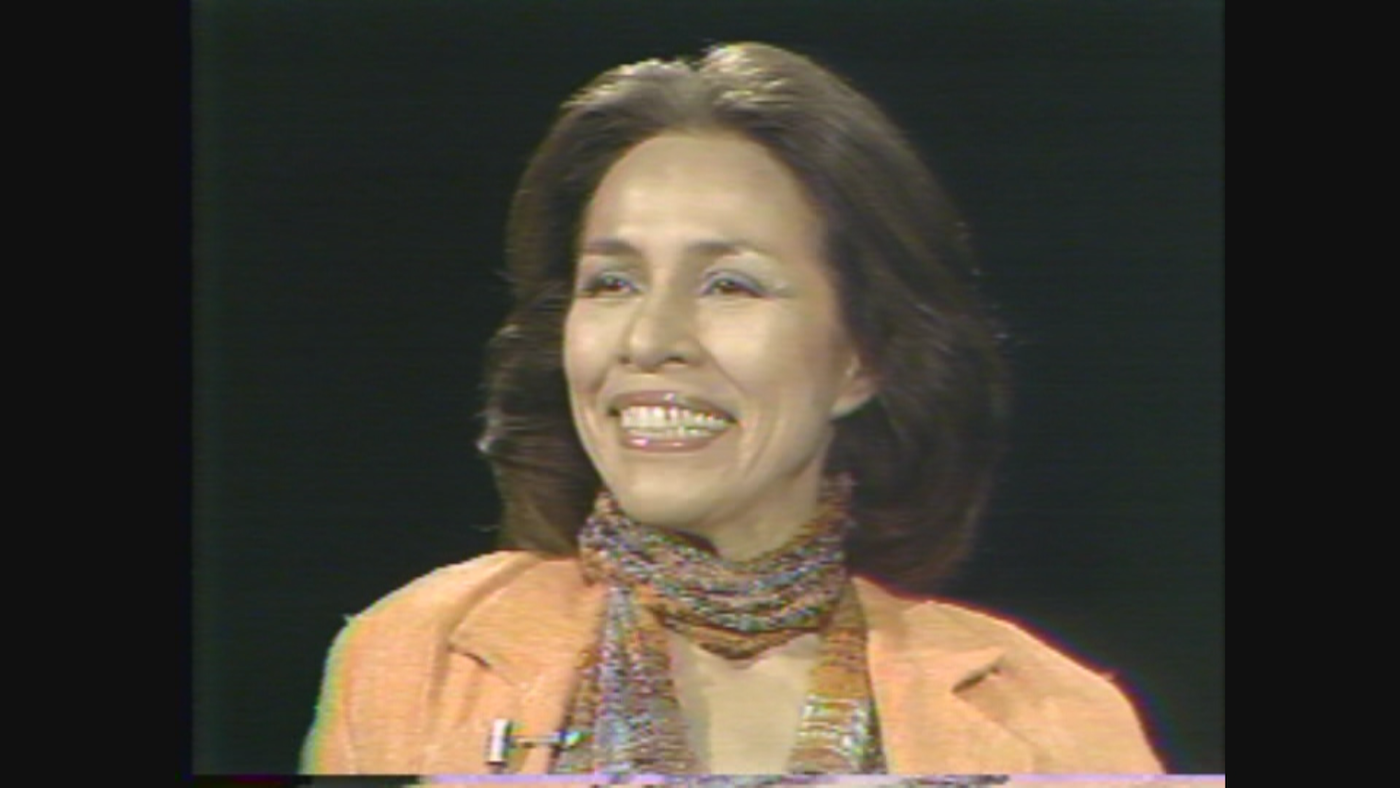 Did you see the Google Doodle featuring ballerina Maria Tallchief on Saturday? The Doodle honored Tallchief in honor of Native American Heritage Month, as she was born to an Osage father and Scottish-Irish mother on the Osage Indian Reservation in Oklahoma. Featuring animations of Tallchief in some of her most famous roles, the video included contributions from three Native American artists: Lydia Cheshewalla, Yatika Starr Fields, and the Chicago-based Chris Pappan.

Cheshewalla, Fields, and Tallchief's daughter, the poet Elise Paschen, all discuss Tallchief and the Doodle in a behind-the-scenes video that also features an interview with Tallchief herself culled from WTTW's archive. Tallchief appeared on WTTW's Callaway Interviews in 1978, after she had retired from dancing and was teaching at the ballet school of the Lyric Opera, which she founded. Later, she would serve as artistic director of Chicago City Ballet, which she also founded with her sister Marjorie, a famed dancer in her own right. (Both Tallchiefs and three other respected Native American ballerinas from Oklahoma are honored in a sculpture installation in Tulsa known as "Five Moons.") Watch more excerpts from the interview below, plus see clips of Tallchief dancing and learn more about her life in a Chicago Stories segment from 2007. You can watch the full interview here.


Tallchief began learning piano and dancing at a young age due to her mother's insistence that she have an education, as she explains in the interview. Oil had been discovered on Osage land, bringing the tribe and Tallchief's father wealth, and her mother feared that Tallchief and her sister would rest on the family's fortune without education or activities. She began her career with the Ballet Russe de Monte Carlo, a touring company that, among many accomplishments, brought The Nutcracker to America. While many American dancers at the time adopted Russian names, Tallchief was proud of her Native American heritage and resisted, according to the New York Times.

The most renowned portion of Tallchief's career came with New York City Ballet, which she joined when George Balanchine formed it, after a stint dancing at the Paris Opera Ballet. She was married to Balanchine for several years, and became one of City Ballet's star dancers, synonymous with American ballet. Balanchine created several iconic roles for Tallchief, including as the Sugar Plum Fairy in The Nutcracker (which helped popularize the ballet to the beloved chestnut it is today), the Swan Queen in Swan Lake, and the title character in The Firebird, all of which are featured in the Google Doodle. She also made guest appearances with numerous companies, including Ruth Page's Chicago Opera Ballet.

After retirement, she joined her husband in Chicago, contributing to ballet teaching and companies in this city alongside Page. She died in 2013.