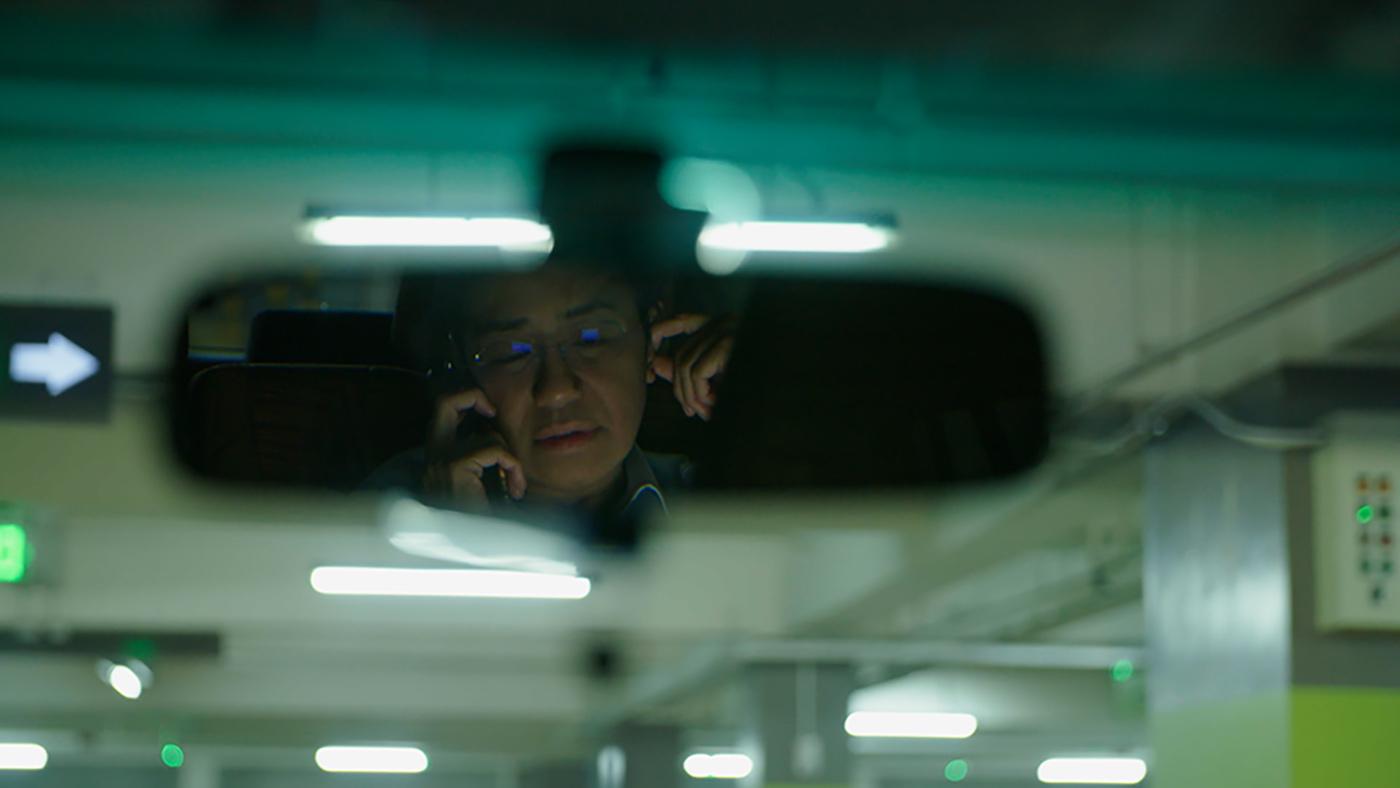 Maria Ressa has been arrested by Rodrigo Duterte's government in the Philippines twice. Image: Frontline

Frontline: A Thousand Cuts premieres Friday, January 8 at 9:00 pm on WTTW and online or via the PBS Video App

“What we’re seeing is death by a thousand cuts of our democracy.” It sounds like something an American pundit might say about the United States right now, but it is spoken by the journalist Maria Ressa about the Philippines in the documentary A Thousand Cuts, presented on PBS by Frontline.

Ressa is a co-founder of the Manila-based news site Rappler and a frequent critic of the populist President of the Philippines Rodrigo Duterte. For her and Rappler’s dogged pursuit of the truth in a country awash with disinformation and press intimidation, she was named Time magazine’s Person of the Year in 2018—and has been arrested twice by Duterte’s government, as well as hit with other cases in court.

For A Thousand Cuts filmmaker Ramona S. Diaz, who grew up in the Philippines under the dictatorship of Ferdinand Marcos, such attacks on the press are “heartbreaking.”

“I was born and raised in the Philippines under martial law,” she says. About the beginning of Duterte’s reign in 2016, she says, “I felt like we were just going back to a dark time and regressing, and I just wondered, ‘What is going on in that country?’”

Diaz was in the Philippines in 1987, the year after the People Power revolution ousted Marcos and led to the creation of a democratic Constitution. “The freedom and the way that people could now express themselves after years of Marcos was incredible,” she says. The heady atmosphere spurred an interest in documentary filmmaking, leading to her first film, Spirits Rising, which examined women’s role in the revolution. She has continued to make documentaries about the Philippines ever since, including one about Marcos’s larger-than-life wife Imelda.

“In my entire career, I have always made films about the Philippines,” she says. “I always go back to the motherland.”

Searching for another subject after making a film called Motherland, about the world’s busiest maternity ward, Diaz returned to the Philippines at the end of 2017 intending to focus on Duterte’s violent war on drugs. Thousands of people have been killed in the drug war, which was enacted in part by former police chief Ronald dela Rosa, known as Bato—one of several subjects Diaz follows in A Thousand Cuts as they run for the Senate in the 2019 midterm elections.

“I wanted to talk to Duterte’s allies, people who are part of his inner circle,” Diaz says of Bato and another Senate candidate, the blogger and entertainer Mocha Uson. Both fascinated her as characters, but she also felt that they provided an important backdrop, “just to give context to what Maria was really up against.”

While Bato is a symbol of the drug war, Uson in a sense represents what Ressa and Diaz both believe is another important aspect of Duterte’s popularity: social media and disinformation. Rappler has tracked how pro-Duterte posts and disinformation have influenced millions of people on social media, in part via stalwart supporters with large followers like Uson.

“I think his popularity is a mixture of disinformation and also a bit of the strongman appeal,” Diaz says. Duterte has admitted to killing people, boasts about his virility, uses blunt language, and has made rape jokes. “The strongman will avenge all the ills that are before you,” explains Diaz about Duterte’s message. “There was no one else in the landscape, so people forgave him his language.

“He was using very populist rhetoric, identifying a common enemy: the elite and the media, journalists. Not only would he solve your problems, it’s more like revenge, for the failures of the People Power revolution. The promises of the revolution never came to fruition, the rich are getting richer and the poor are getting poorer.”

Watching the Philippines slide away from democracy—Duterte allies control the legislature, courts are stacked with his appointees, and freedom of the press is vanishing—has made Diaz realize “how fragile democracy is. Especially in the global south, but evidently in this country [the United States] too,” she says. “But this country can take more blows than somewhere like the Philippines.

“It takes so long to build institutions and trust, trust in government, trust in media, after so long of everyone being repressed. Democracy is messy. You really have to be vigilant, because you can take your eyes off the ball, and then so quickly democratic institutions crumble.”