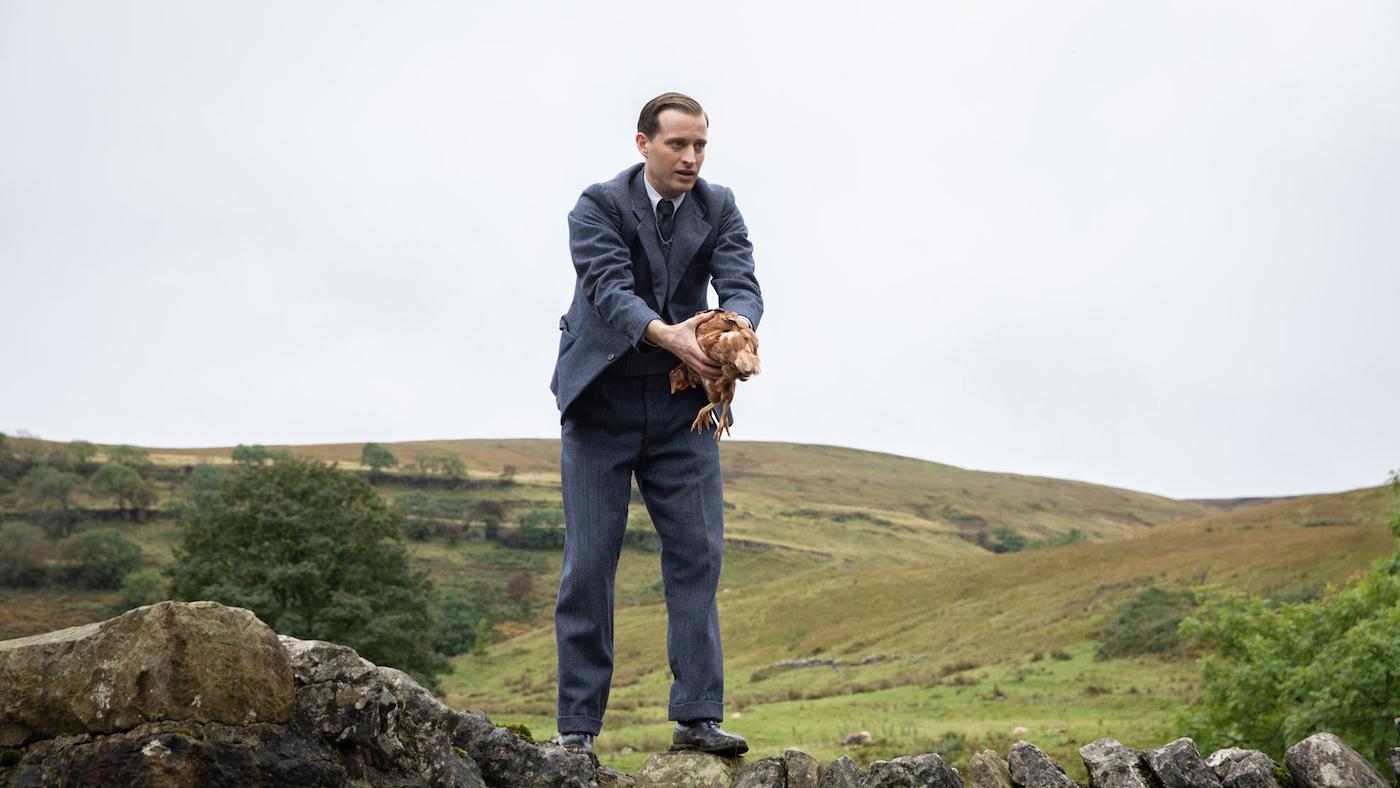 James Herriot finds himself in some unexpected situations when he tries to get a job as a veterinary assistant in Yorkshire. Photo: Playground Television UK Ltd & all3media international

All Creatures Great and Small airs Sundays at 8:00 pm and is available to stream. Recap the following episode.

James Herriot’s mother is worried. All that money towards veterinary school and James has yet to find work. He still lives with his parents in Glasgow. Perhaps it’s time for him to give up on his dream and take a job at the docks like his father.

But: an interview in Yorkshire could be promising.

If James can make it there on time, that is. Confused by the bus stops, he gets off too soon and is forced to trudge through the dales in the rain to get to the village of Darrowby. Finally arriving—late—at the home of Siegfried Farnon, the local vet, he is met by Mrs. Hall, Siegfried’s housekeeper. She’s been waiting for him, but Siegfried himself has no idea who James is.

That’s because Mrs. Hall invited James to apply for the position without Siegfried’s knowledge. He doesn’t want to try out any more assistants. Since James has traveled all this way, Siegfried at least deigns to give him a chance. He’s not interested in an interview; he’d rather see James in action.

So he and James set off in the rickety back-up car—Siegfried’s own car is sparkling and luxurious—to visit a client. James endures Siegfried’s reckless driving while Siegfried laments the changing countryside and asks about James. He assures James that, “The animals are the easy part. It’s the people cause all the bother.” 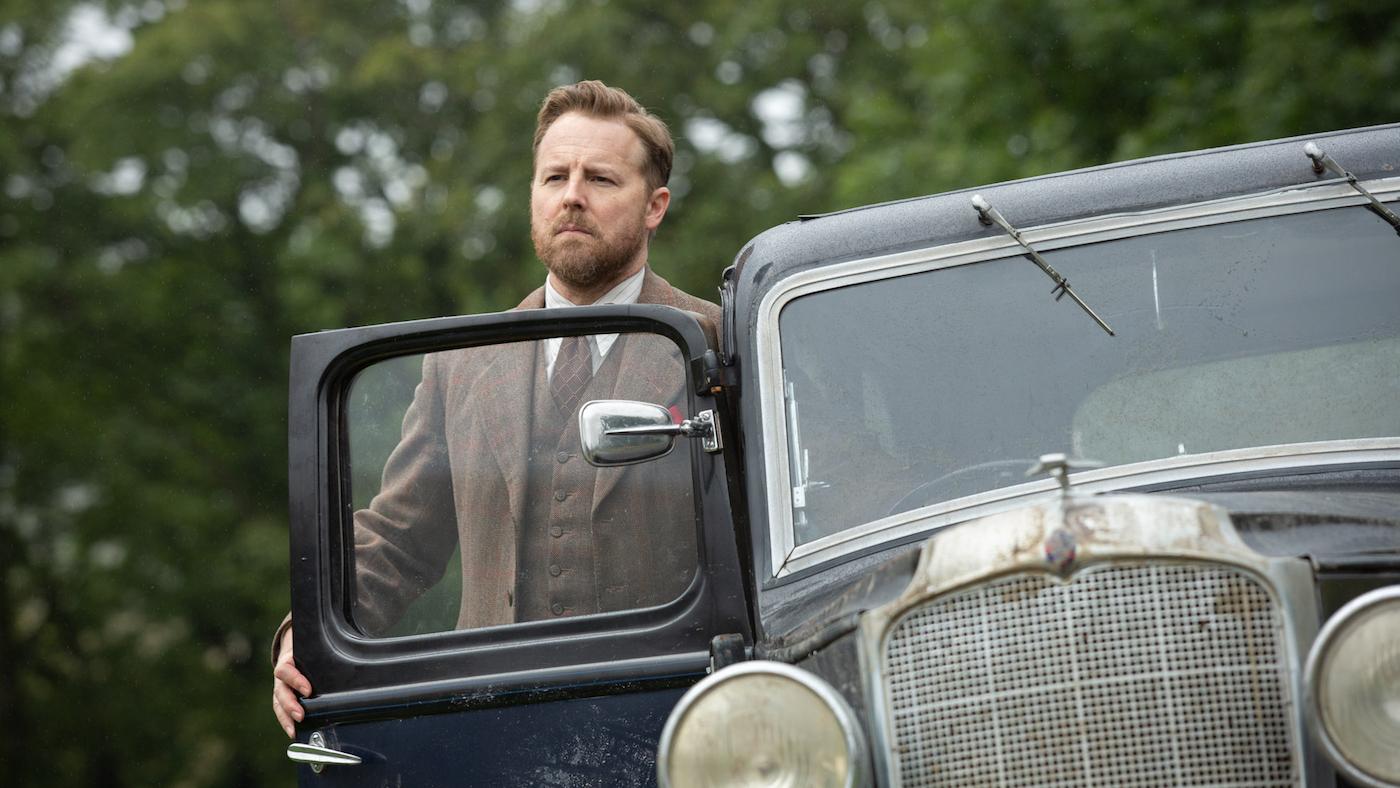 A farmer has a horse with a hoof problem. Siegfried sends James, still in his fine interview clothes, into the muddy yard to check on the horse. It greets him by kicking him back into the muck—twice. But he manages to fix the hoof. Siegfried then applies iodine and turpentine to the wound, creating a colorful reaction. As the vets leave, James asks about the iodine. It doesn’t do anything medical in that situation, Siegfried explains. He just wants to impress the customer with an effect, making them feel that they got their money’s worth.

After the day’s work, Siegfried takes James to the pub, where farmers barrage Siegfried with questions about their animals. He puts them off before finally giving in to help one, leaving James at the pub to answer another’s questions—Siegfried will hire James, on a trial basis. The farmers encourage James to try their potent homebrew, and he eventually gives in.

Mrs. Hall wakes to a noise in the night and finds James drunkenly feeding the cats in Siegfried’s care. She hustles him off to bed, still in his muddy clothes.

The next morning, James is late for breakfast. Mrs. Hall helpfully wakes him with a bang on the ceiling, surreptitiously giving him an Alka-Seltzer for his headache. Out of sorts, James struggles to answer Siegfried’s questions about the previous evening before finally remembering how he gave one of the farmers at the pub good advice.

Siegfried and James go on another call. At the Alderson farm, Siegfried sends James to search for the farmer, but instead he finds an aggressive bull. He scrambles onto a wall for safety. Luckily, Helen Alderson arrives, handing James a chicken to hold while she ties the bull up. She leads James and Siegfried to a calf with a broken leg.

After James puts a cast on the calf’s leg, he chats with Helen. She tells him that Siegfried is a kind man, despite appearances, and advises James to stand up to him: “He’ll love you for it.” Then Siegfried and James are off, back to the surgery. 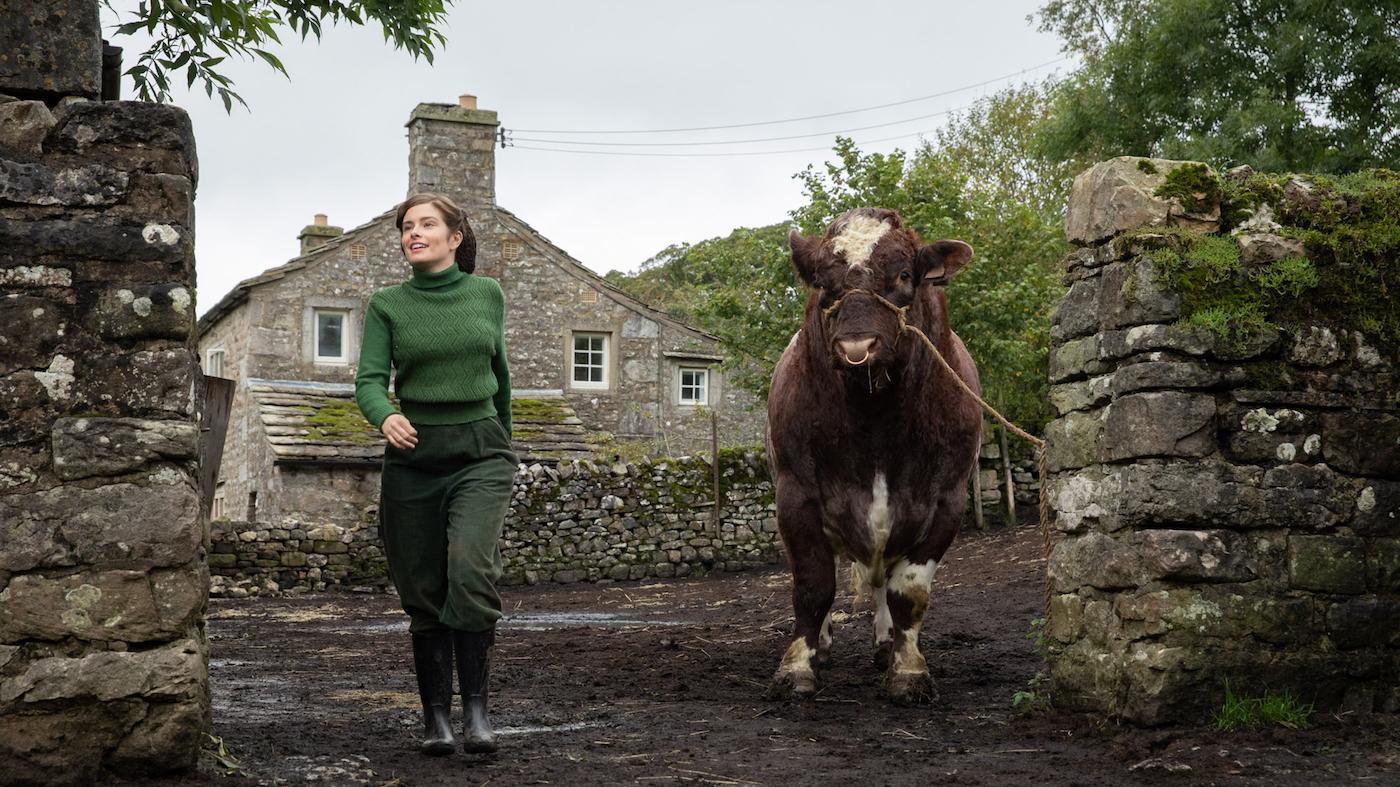 James is tasked with bringing one cat to a client and another to Siegfried for castration. Unfortunately, he mixed up the cats while drunk the previous night. After Siegfried has anesthetized the cat, James realizes it’s the one meant to go home. The client chastises him and Siegfried asks how the mix-up happened. James admits to putting them in the wrong cages. The client blurts out that her husband said James was absolutely soused last night. Siegfried fires James.

As James packs up to go home, Mrs. Hall defends him to Siegfried. She insists that Siegfried needs help and that he hasn’t given any of the possible assistants a fair chance. She even suggests that he sabotaged James by leaving him in the pub alone, knowing what would happen. But Siegfried still says James must be dismissed.

In the middle of the night, a farmer knocks on the door, waking Mrs. Hall and James. One of his cows is having trouble giving birth. Mrs. Hall goes to wake Siegfried, but James insists on going himself.

The cow is a favorite of the farmer’s, and has been in labor for some five hours. James struggles to turn the calf, whose head is stuck. After hours of failure, he tries inserting a rope around the calf’s jaw. He and the farmer successfully pull the calf out as morning dawns.

Meanwhile, Siegfried has woken to find Mrs. Hall asleep in a chair, waiting for James to return. He’s angry that she let James go without him, and rushes to the farm. Arriving to find the mother and the calf safe, he tells James he was lucky. Exhausted, James retorts that he worked hard, and tells Siegfried that he’s insufferable.

Siegfried is impressed. He asks James how much sleep he got, then tells him to get used to exhaustion. James has got the job. 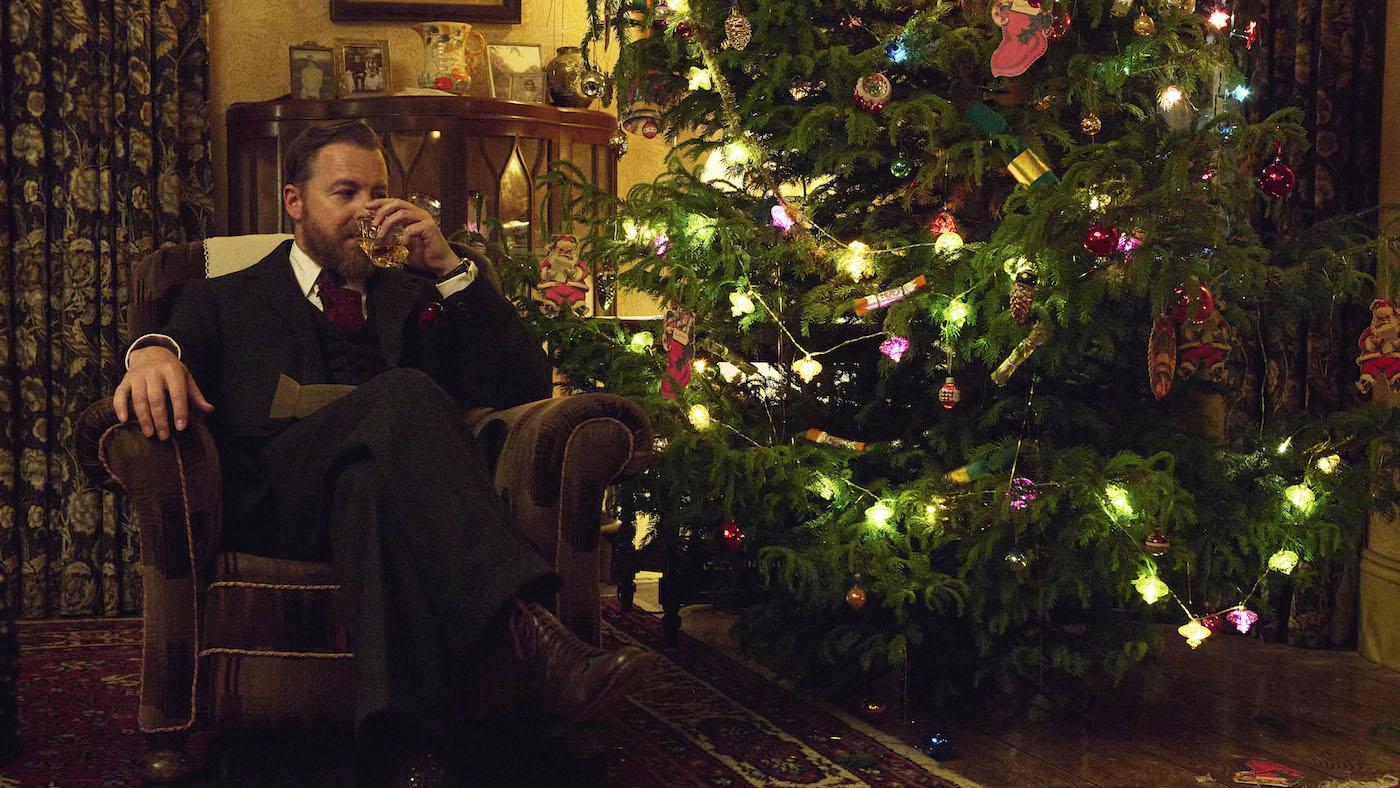 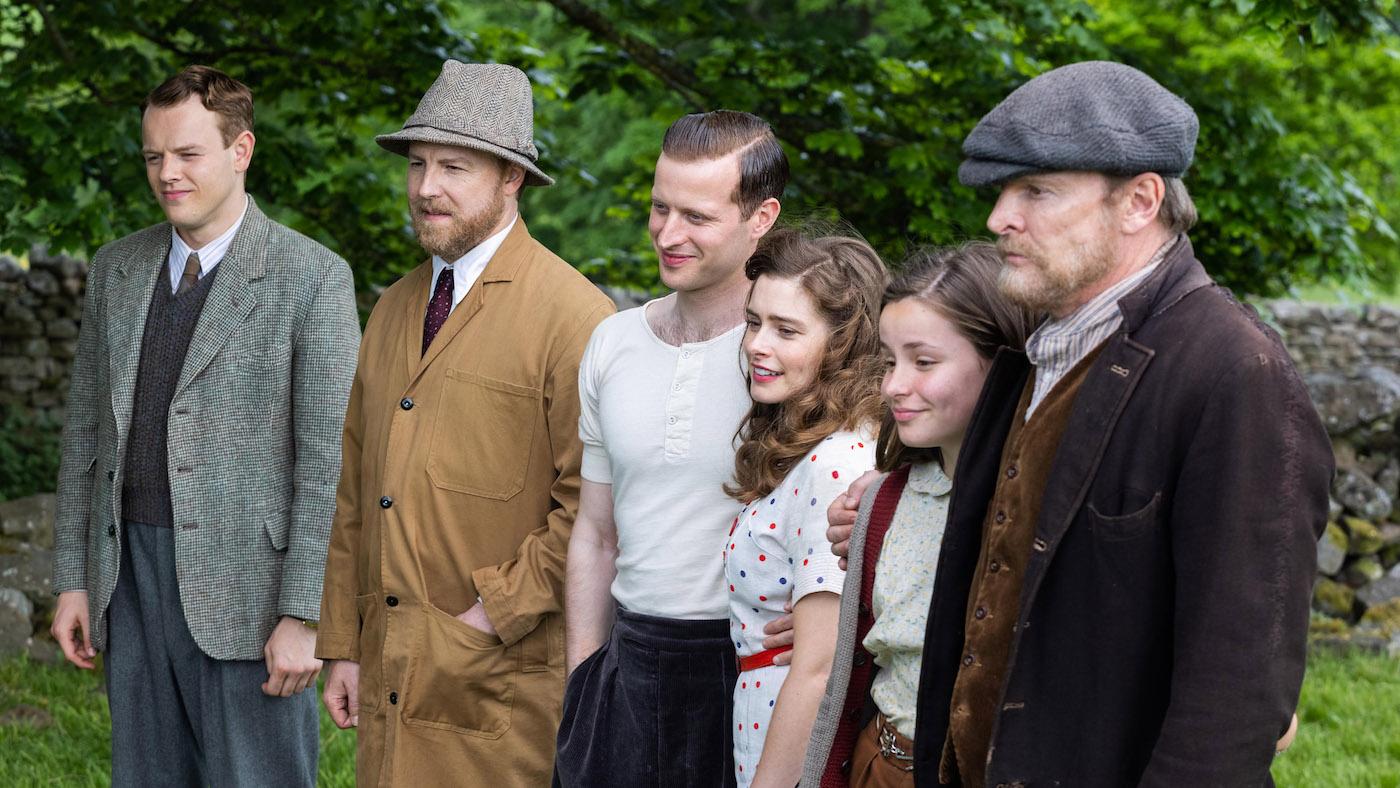 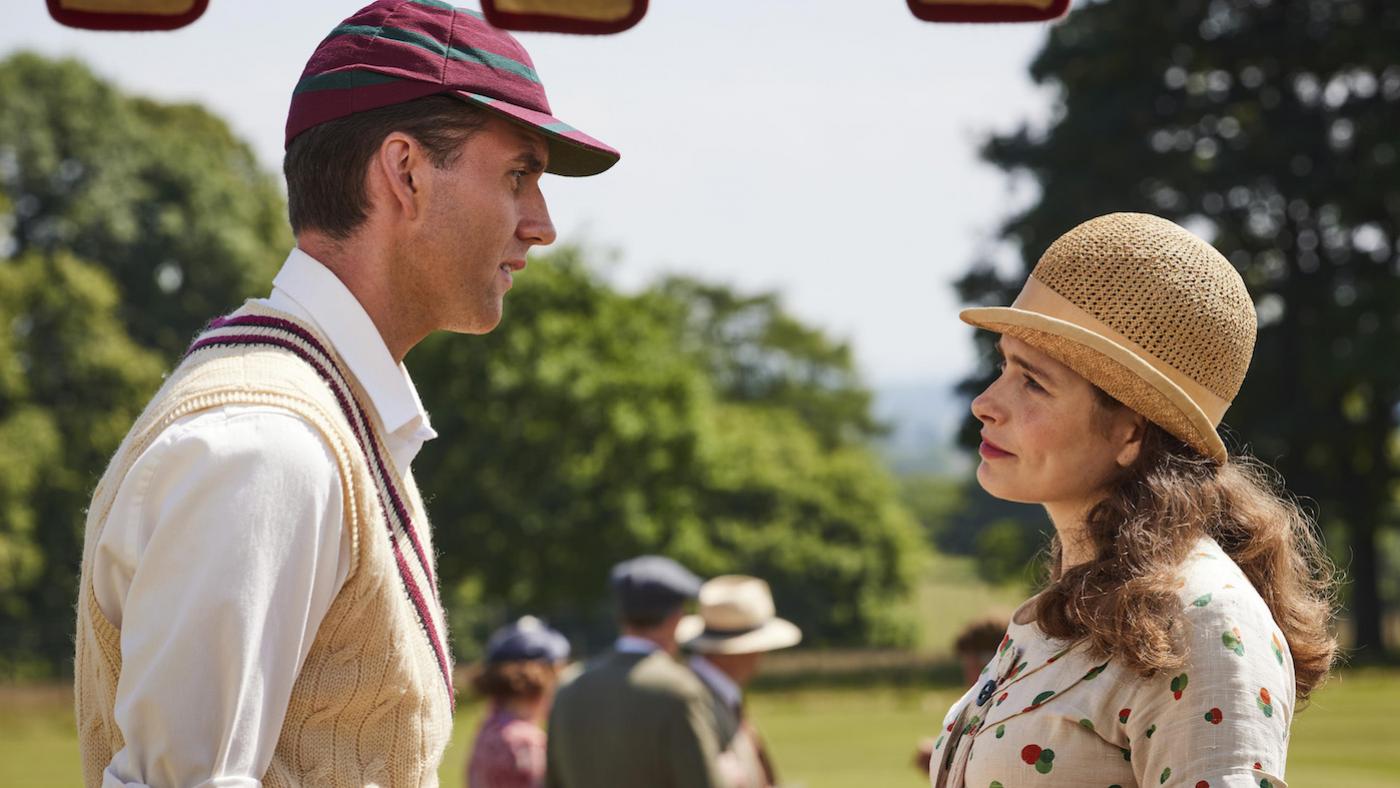 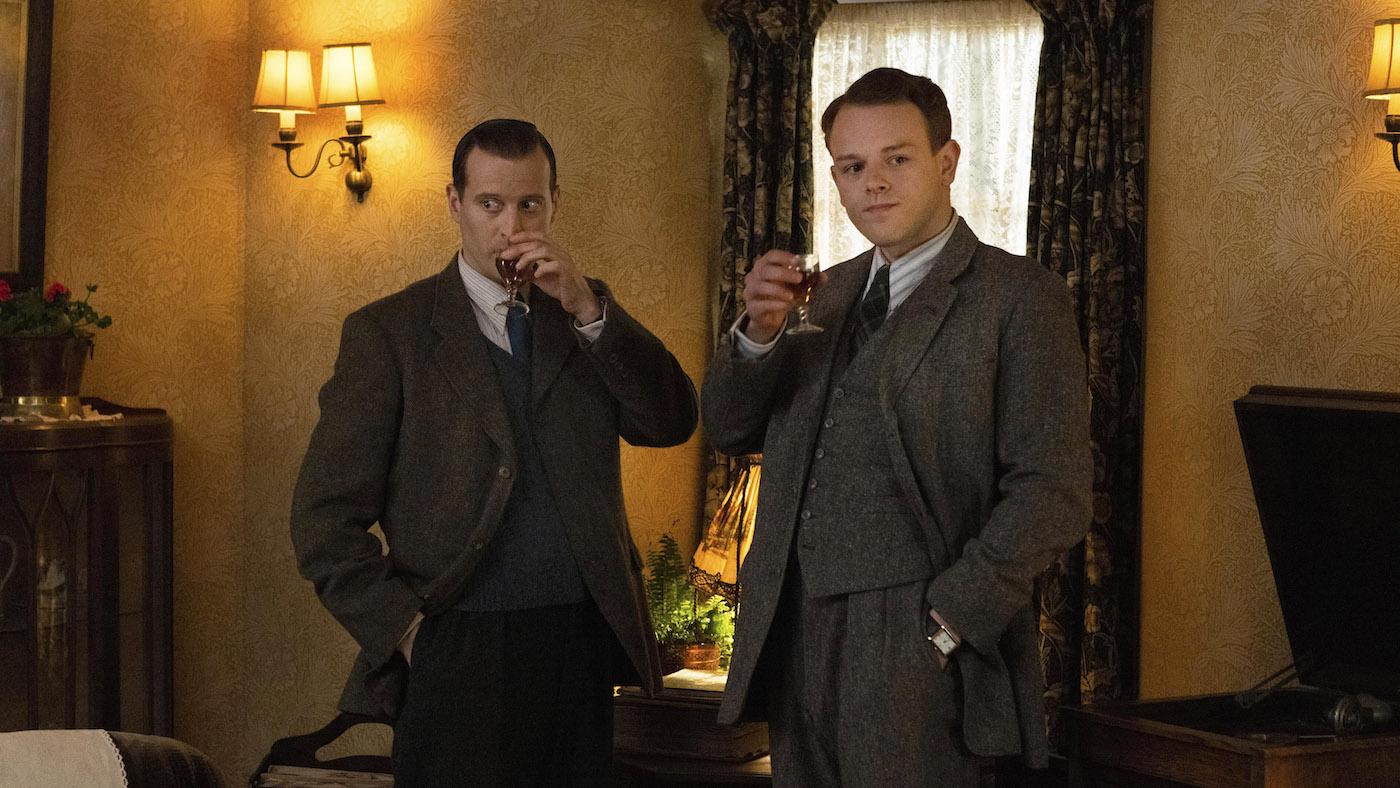