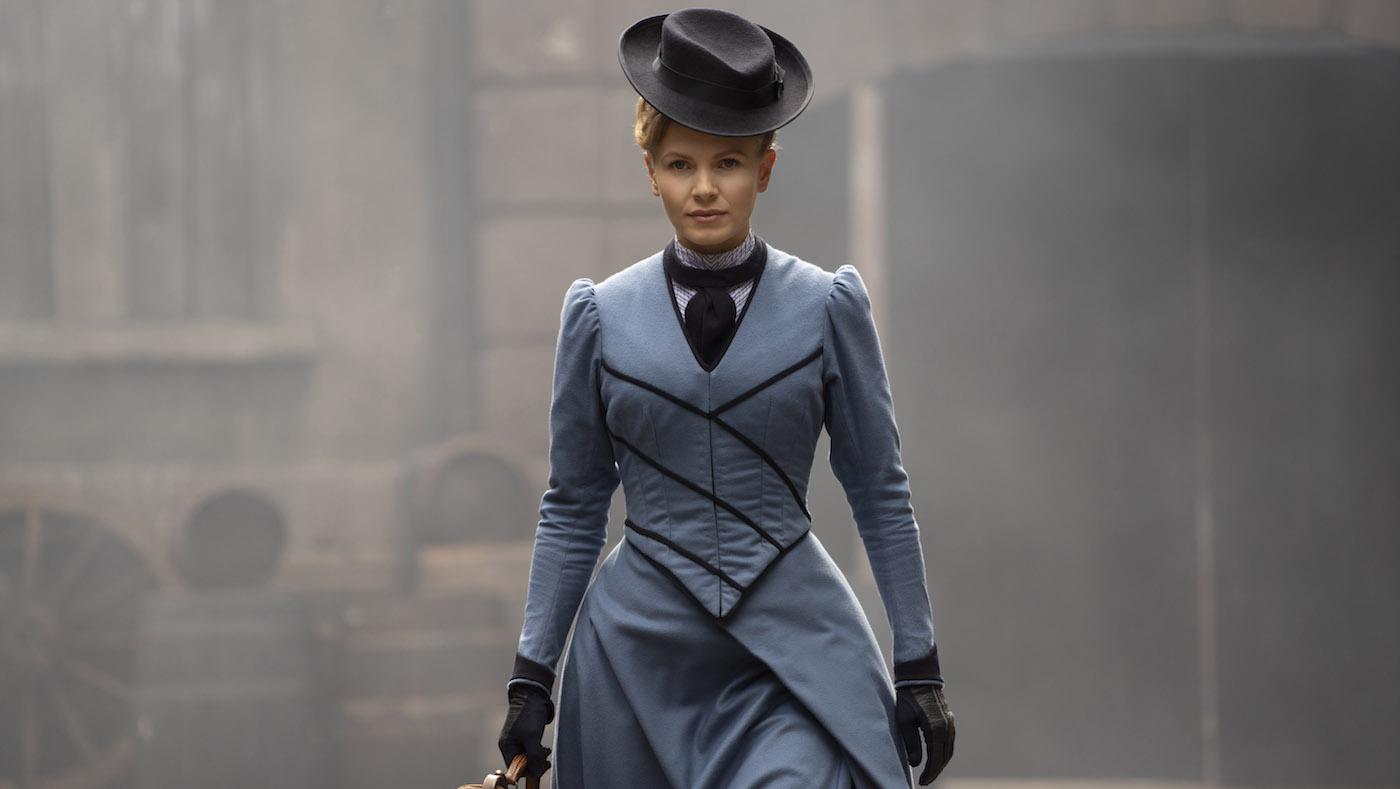 Eliza Scarlet has the skills to be a great detective, but a male-dominated world won't make it easy. Photo: Masterpiece

Miss Scarlet and the Duke airs Sundays at 7:00 pm and is available to stream. Recap the following episode.

A street urchin points Eliza Scarlet to a stable, where a woman lies in the hay. Eliza examines the body, picks up the woman’s glass eye, and slides it up her sleeve. The woman wakes and grabs at Eliza. After a quick tussle, the woman is knocked out when she runs into a pole. I want them dead, not drunk, Eliza tells the urchin as she leaves.

Guests are waiting at home. Eliza’s father isn’t around, so she receives them instead. Mrs. Parker decries the dangerous streets of London while her son Rupert sits cowed. They wanted to speak to Henry, Eliza’s father, so they will return another time.

Eliza is left with the two house servants, Kitty and Ivy—and an increasing pile of debts. Henry, a retired policeman, is drinking away the profits of his private detective business. He seems to have gone missing, so Eliza visits the police to speak with William Wellington—Henry was his mentor.

William tries to avoid speaking to her, and condemns her “hobby” of paying urchins for tips about crimes when she forces a conversation. Detective work is not for a lady, he says. But Eliza’s good at it—she solves one of William’s cases from a quick glance at a case file.

Back home, Eliza learns that Henry has returned. He was found collapsed in the street by a doctor. He’s dead—not of drink, but of a heart attack. Eliza lost her mother when she was young; now she has also lost her beloved father.

An old man, Alfred Winters, arrives to meet with Henry, unaware of his passing. Eliza takes the details of the case he wanted Henry to work on, promising to pass them on—she needs the money, after all. Winters is sick and dying, and wants to be reunited with his niece Clara before he dies. He disowned her after she eloped with a man he disapproved of, and he hasn’t seen her since. Last he heard, she was working in Soho.

Henry trained Eliza in forensics as a girl, so she is prepared to carry on his work—even though he eventually stopped his training, knowing that their male-dominated society would never let her be a police officer as she dreamed. Ivy and Kitty fear Eliza will be hurt. Nevertheless, she turns to her street urchins for information. One leads her to a street preacher, who tells her to turn to Moses after she gives him a coin. Annoyed, she leaves him to ask around for Clara.

At a rowdy burlesque, she runs into the woman who attacked her in the stable—but the woman doesn’t remember why Eliza looks familiar. She tells her to talk to Moses, who runs the place.

Eliza offers him money in exchange for information about Clara, but instead he snatches her purse and tells her to leave. She has her own tricks, however: flirting with him, she handcuffs him to a fixture. She then threatens to burn down the building with a bottle of turpentine and a lamp.

Moses gives Eliza her purse back, and tells her where Clara is. Eliza leaves him locked up.

Clara is working elsewhere in the establishment, and Eliza gets Clara to speak to her by mentioning Clara’s uncle. But as the two women bond over a drink, policemen burst in and beginning grabbing women, to check them for venereal disease under a hideous law. Clara escapes, but Eliza is brought in. She manages to avoid the invasive examination by telling the officers that she’s William’s whore. 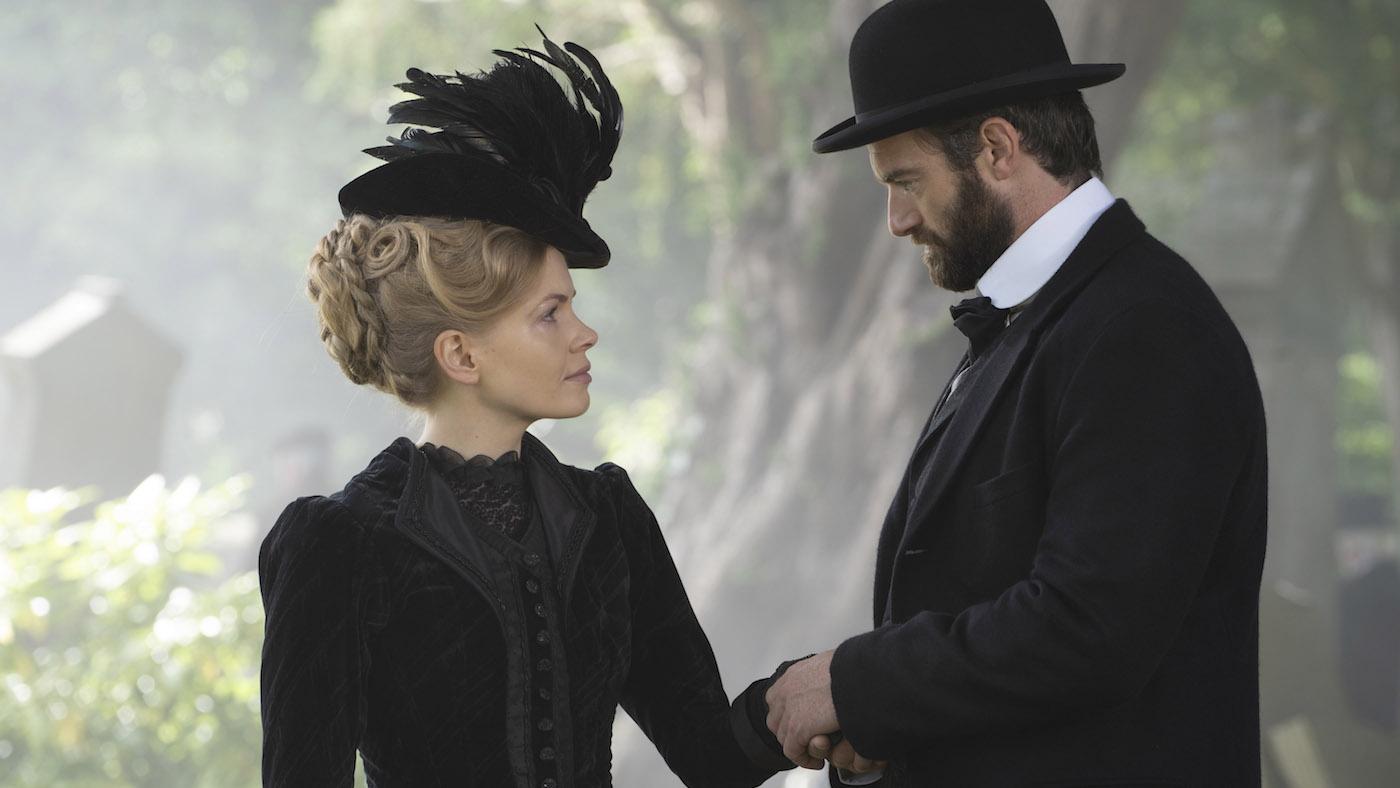 Eliza's father was the detective William Wellington's mentor, but he and Eliza have a more antagonistic relationship. Photo: Masterpiece

William and Eliza do apparently have some brief romantic history—something about a kiss after a dog died—but their relationship is antagonistic. William keeps Eliza in a cell for the night.

Upon her release, she meets Winters. He saw Henry’s obituary, and is taking his business elsewhere—until Eliza mentions that she found Clara and that the other detectives are crooks. She negotiates a higher fee.

Except Eliza’s client isn’t Clara’s uncle; he’s her husband, Joseph Simms. He married Clara for her rich dowry but didn’t receive it after she was disowned, and Clara eventually fled him. Now her uncle has died, leaving Clara his estate, and Simms wants it. He has a doctor’s note certifying Clara as morally insane for running away from him, so she is sent off to an asylum while he, as her husband, can enjoy her inheritance. He still pays a horrified Eliza her fee.

She goes to William for help, who’s upset that she’s carrying on detective work—Simms is a seasoned criminal, and she could be hurt. Eliza feigns faintness, then steals Simms’s case file while William goes to fetch smelling salts.

Eliza visits Simms at his hotel room—she convinced the maid to let her in. She has discovered that his first wife didn’t die in a boat crash while he was in jail—she’s still alive. Simms’s marriage to Clara isn’t legally binding—he has no rights to her inheritance.

Simms threatens to kill Eliza so that he can get away with his scheme. But Eliza also convinced the maid to let her drug his coffee. Simms is knocked unconscious, and Eliza calls William to arrest him.

Rupert Parker is waiting for Eliza at home. His mother wants him to propose to Eliza, but he surprises Eliza—he won’t. He’s not ready to be married. Eliza says he can tell his mother she turned him down, to save him a tongue-lashing. He offers to help her—he is, after all, a wealthy man.

With Rupert’s money, Eliza pays off her debts and spiffs up her father’s office. She’s going into business. 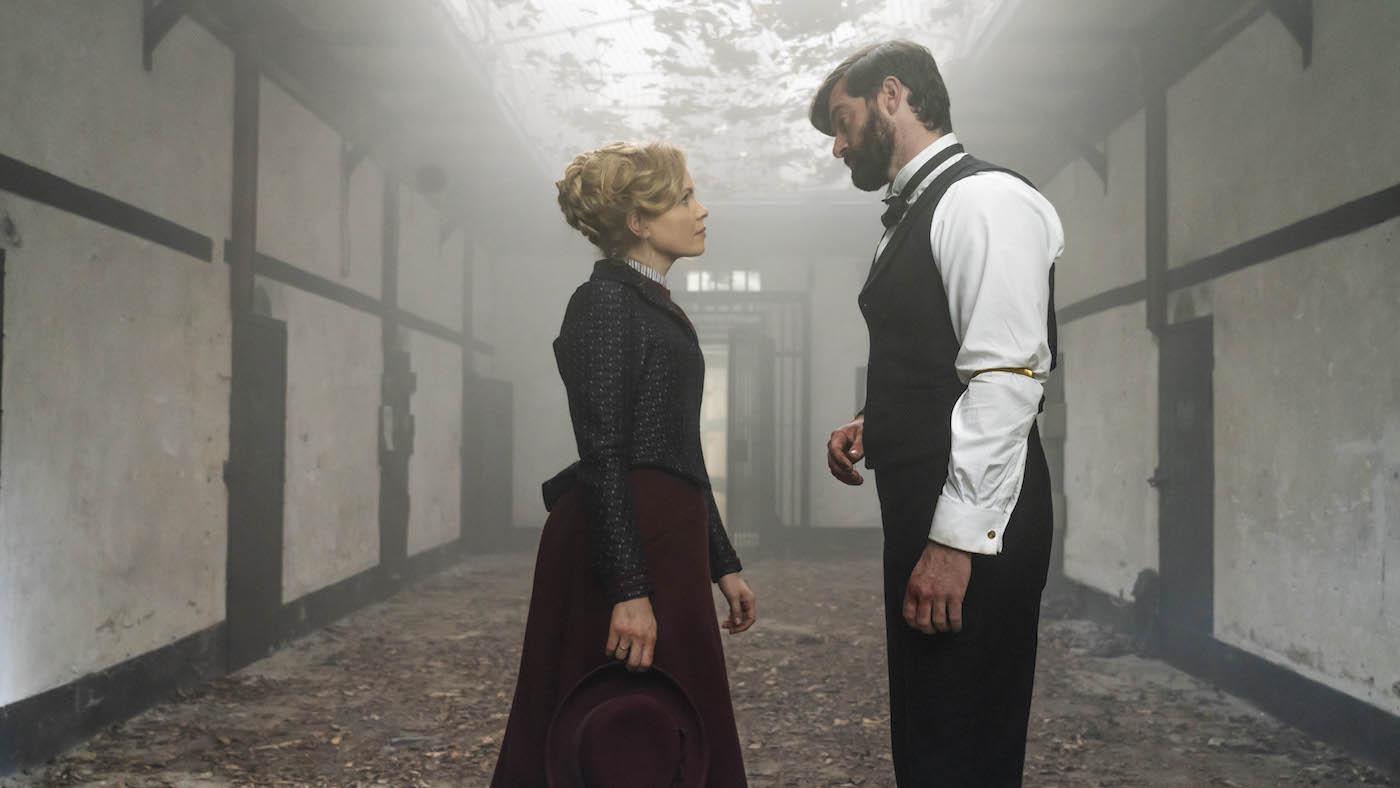 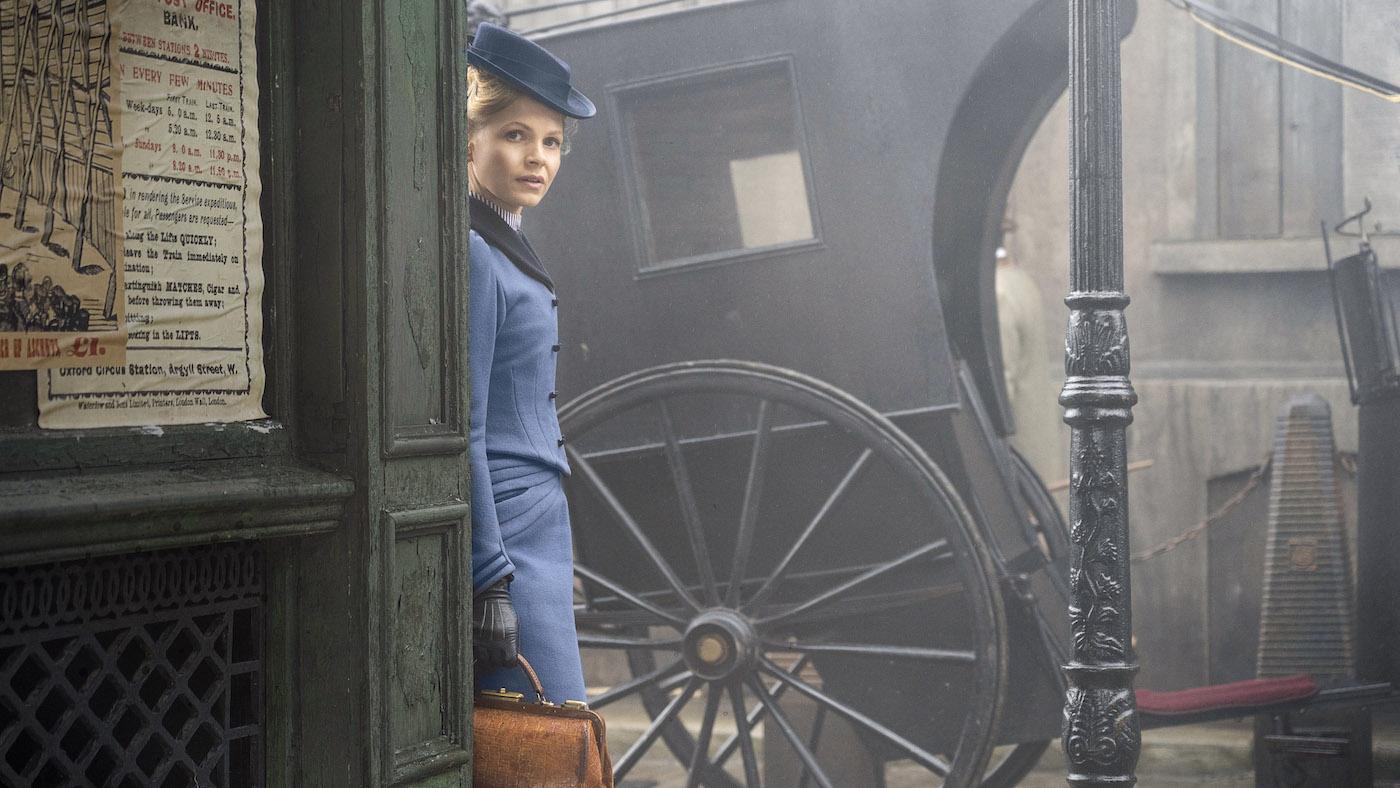