Feeding Chicagoans in Need While Supporting Restaurant Workers and Farms 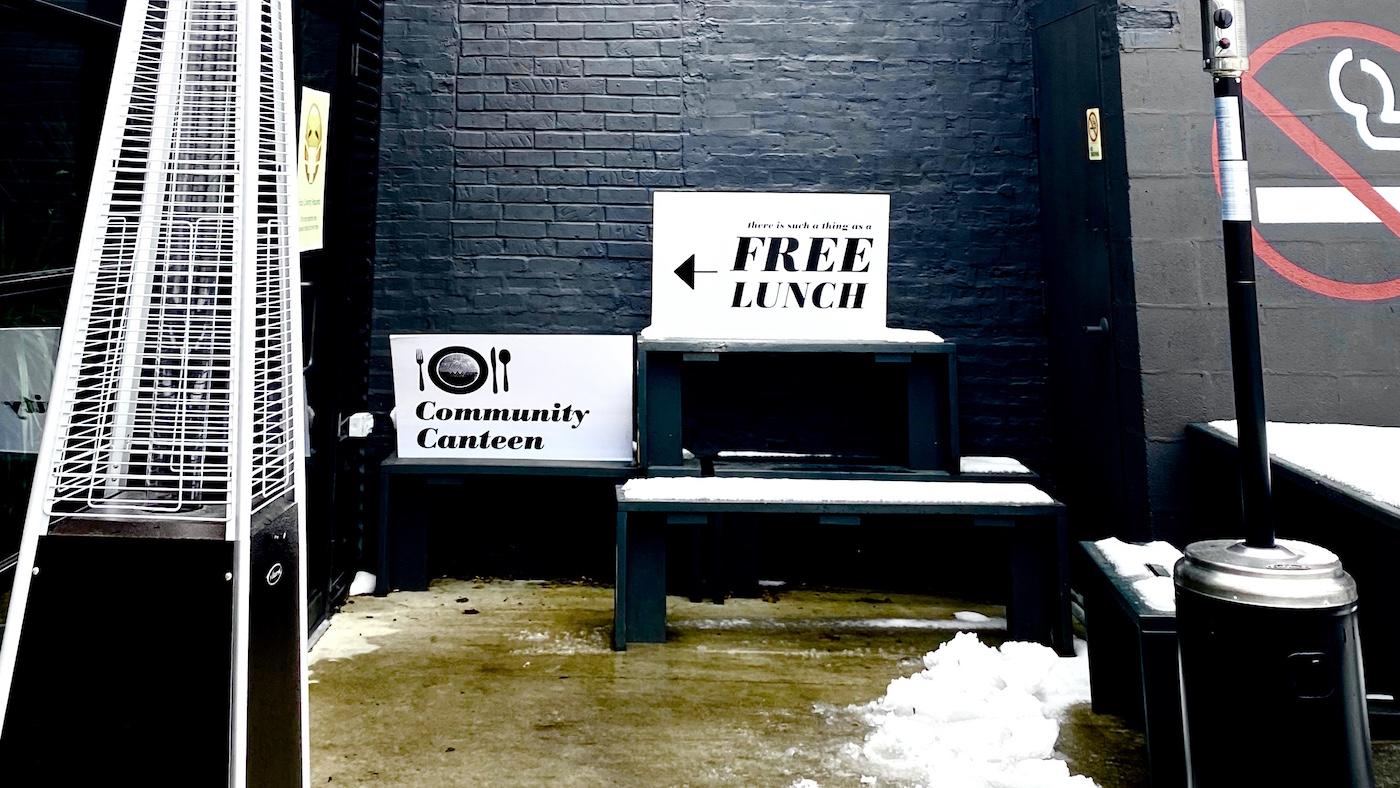 It’s a simple enough idea: “Why don’t you give us some funding to keep our restaurant workers employed and we’ll just feed people for free?” as Ed Marszewski summarizes the pitch that originally came from the celebrated chef José Andrés, directed at the federal government. While that idea never came to be via the government, various restaurants and nonprofits have taken it up, including Diana Dávila’s Mi Tocaya Antojería and Marszewski’s Community Kitchen and Canteen.

“As of this month, we’ll be creating four thousand meals a week out of five or six different kitchens, working with dozens of chefs each week to provide food, using local produce when possible and working with local suppliers who obviously were also losing business because all the restaurants were closing,” Marszewski says.

Through Community Canteen, anyone can walk up and order a free meal at the restaurants Kimski in Bridgeport and Wherewithall in Avondale (hours here), and can make a donation if able in a “pay-it-forward” model. “Some businesses will order a bunch of meals a week for their employees, and they pay for the meals and that money goes towards supporting meals for other people,” Marszewski says. 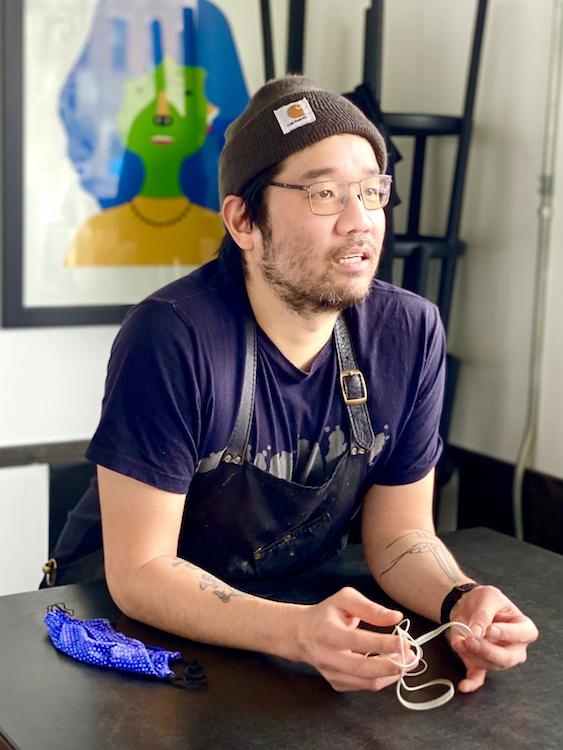 Community Kitchen and Canteen meals are made by chefs like Won Kim of Kimski. Photo: Rich Klevgard, courtesy Community Kitchen and Canteen Any leftover meals are placed in Love Fridges scattered throughout Chicago, from which people can take what they need, or brought to homeless encampments. Other meals are delivered to organizations throughout the city, such as the Pilsen Food Pantry and the Senior Suites of Bridgeport.

The Community Kitchen and Canteen emerged out of a unique constellation of businesses in Bridgeport with which Marszewski is associated. The arts and media nonprofit Public Media Institute has provided some of the funding to support the kitchen at Kimski, which is attached to Maria’s Packaged Goods & Community Bar. (Marz Community Brewing Co. is also part of Community Kitchen.) “What’s really ironic is that PMI now is supporting these for-profit businesses, because we had some funds that we couldn’t use because our programs were canceled,” Marszewski says. Further fundraisers and donations from corporate partners and individuals have kept the program up—you can donate online.

In addition to Kimski and Wherewithall, the kitchens at DMen Tap, Iyanze Bronze, and Snakes & Lattes are also preparing meals for Community Kitchen deliveries. “What’s been really incredible about this is this kind of organic mutual aid network of people in the industry working together, trying to do what they can,” says Marszewski. “It’s a silver lining for this horror that we’re living in.”

That community-minded, mutual aid approach also animates Mi Tocaya Antojería’s free meal program, as is evident in the initiative’s name: Todos Ponen, or “everyone contributes.” It’s also the driving motto of the restaurant, as chef/owner Diana Dávila explains. “Everybody puts into the pot, because we all take from the pot. Since the first couple weeks of Mi Tocaya, that has been our mantra. We are all one unit; it’s going to make us stronger.”

Mi Tocaya’s meal program, which is slated to begin the second week of February, will focus on undocumented restaurant workers, who make up a large part of the restaurant industry workforce, although anyone in need is welcome. Dávila and some of her staff had prepared free meals for families in need last spring under a national initiative called the Power of 10, partnering with the Logan Square Neighborhood Association.

That ended when Mi Tocaya reopened, but as the restaurant closed at the end of the year, Dávila began thinking about starting another food distribution program on her own. “I really didn’t want to close,” she says. “We’re down to a very minimal staff, and letting go of people to close for two months would be really, really heart-wrenching”—especially in the case of undocumented workers. “They don’t have access to unemployment. They would have to get jobs. And we’ve always been very close to everybody on our team.” 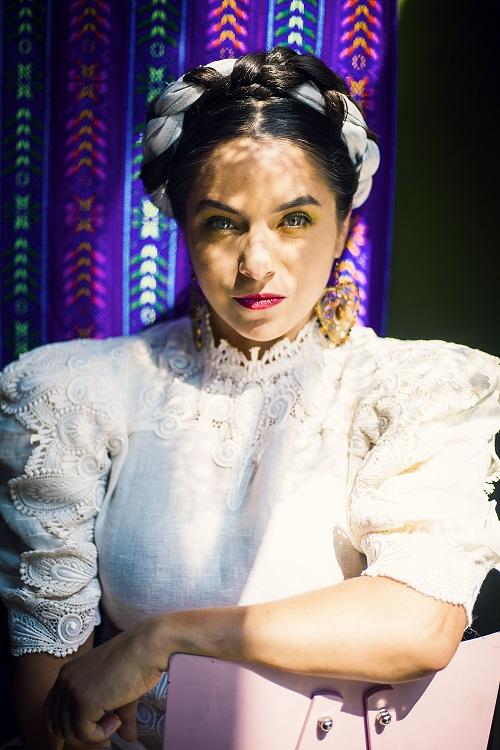 “I want to be able to use any platform that I have," says chef Diana Dávila of her support for undocumented workers. Photo: Marisa Klug-Morataya In part to keep her staff employed, she decided to launch Todos Ponen. “We loved being part of the meal program in May,” she says. “It made you feel really good and really connected, and it was just an amazing experience. So I thought, ‘Why don’t I put that together?’ ” To do so, she once again joined forces with the Logan Square Neighborhood Association, in addition to the nonprofit Dishroulette Kitchen.

Dávila decided to focus Todos Ponen on undocumented workers to bring light to their unique struggles, especially during the pandemic. “I want to be able to use any platform that I have to help this, and to contribute anything that I can to foster change,” she says. Emphasizing that immigration reform is the best way to help undocumented workers, she hopes that on a smaller scale “what I’m doing empowers them not to feel so scared and also to know that there is help out there.”

To help raise money for Todos Ponen, which will offer one thousand free meals a week for pick up from Mi Tocaya (Tuesdays through Fridays from 11:00 am to 3:00 pm), Dávila is hosting an interview series on Mi Tocaya’s Instagram with various chefs of small businesses, including Kimski’s Won Kim and Virtue’s Erick Williams, who has also been feeding his community during the pandemic. “I wanted to highlight chefs that I think are inspirational, that are all different backgrounds,” she says. “I think these stories are so important to share. There are so many different paths you can take to be a successful chef.”

That sentiment is especially true during the pandemic and resultant economic crisis. Everything counts, so people are doing what they can to help. “We know how to make food—we can help there,” says Marszewski. “That’s it. That’s all we can do right now, right? Let’s just do that, and we’ll bring it to people who want it. This is just one small gesture.”