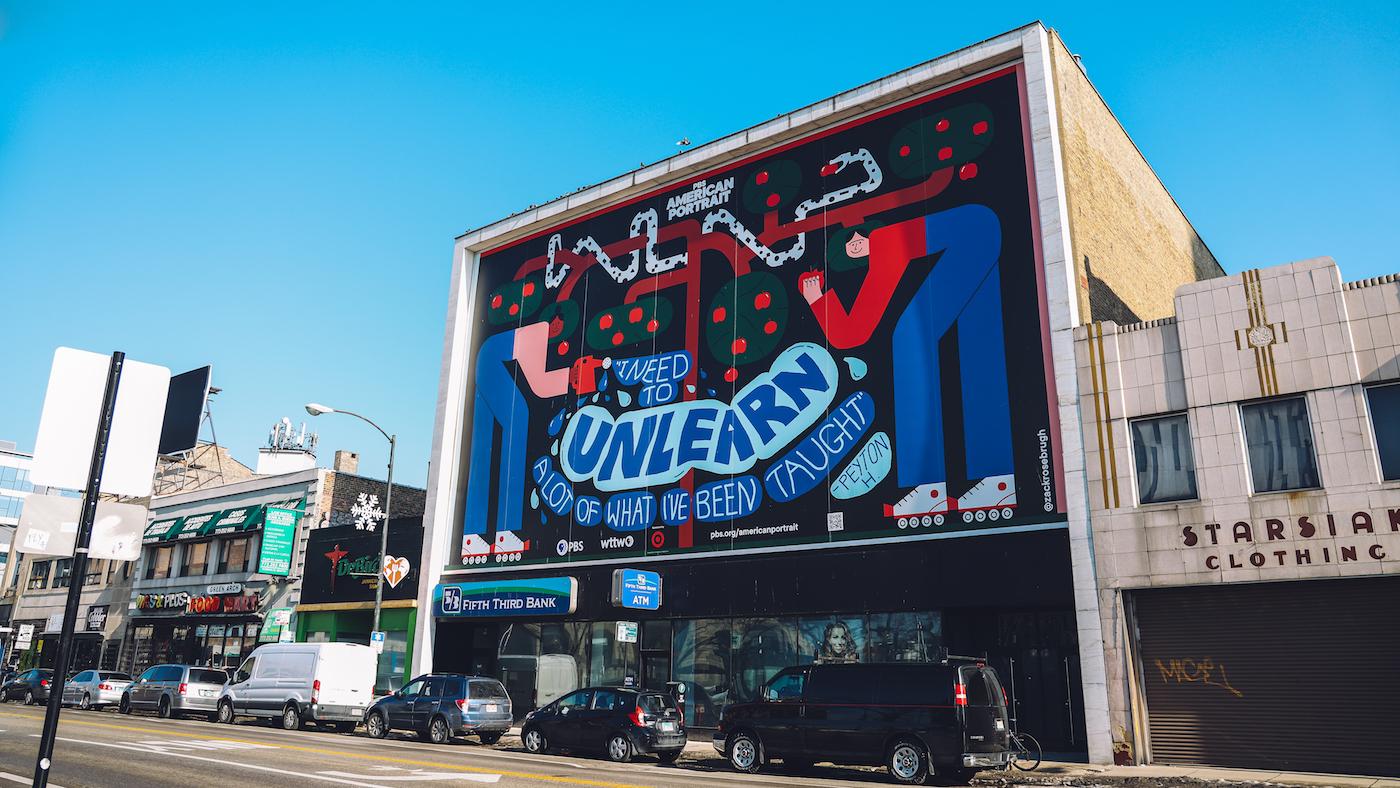 American Portrait is available to stream.

An apple tree has sprouted in Wicker Park in a surprising place: on a facade above a Fifth Third Bank. The tree is part of a new mural designed by artist Zack Rosebrugh in celebration of PBS's American Portrait series. "I need to unlearn a lot of what I've been taught," the mural at 1209 N. Milwaukee Avenue, across from the Division Blue Line station, reads.

It's a quote from Peyton H., one of the thousands of Americans who submitted stories of themselves to American Portrait over the past year. Some of those stories, which you can explore at pbs.org/americanportrait, are woven together in four special episodes available to stream. Each focuses on a different theme of America: people's dreams, their work and careers, their traditions, and attempts to build a better future.

"I went with the apple tree because of the nod to the tree of knowledge, but also classic scholastic learning," Rosebrugh says of the mural. "Peyton’s quote didn’t read to me as a literal instruction to forget everything learned, but instead to examine and take control of what we we’ve been taught. The idea was to have two people eating from and maintaining the tree—taking what they want, passing on what they don't. The point is that they are in control of the tree, and aren't bound to any rules handed down." 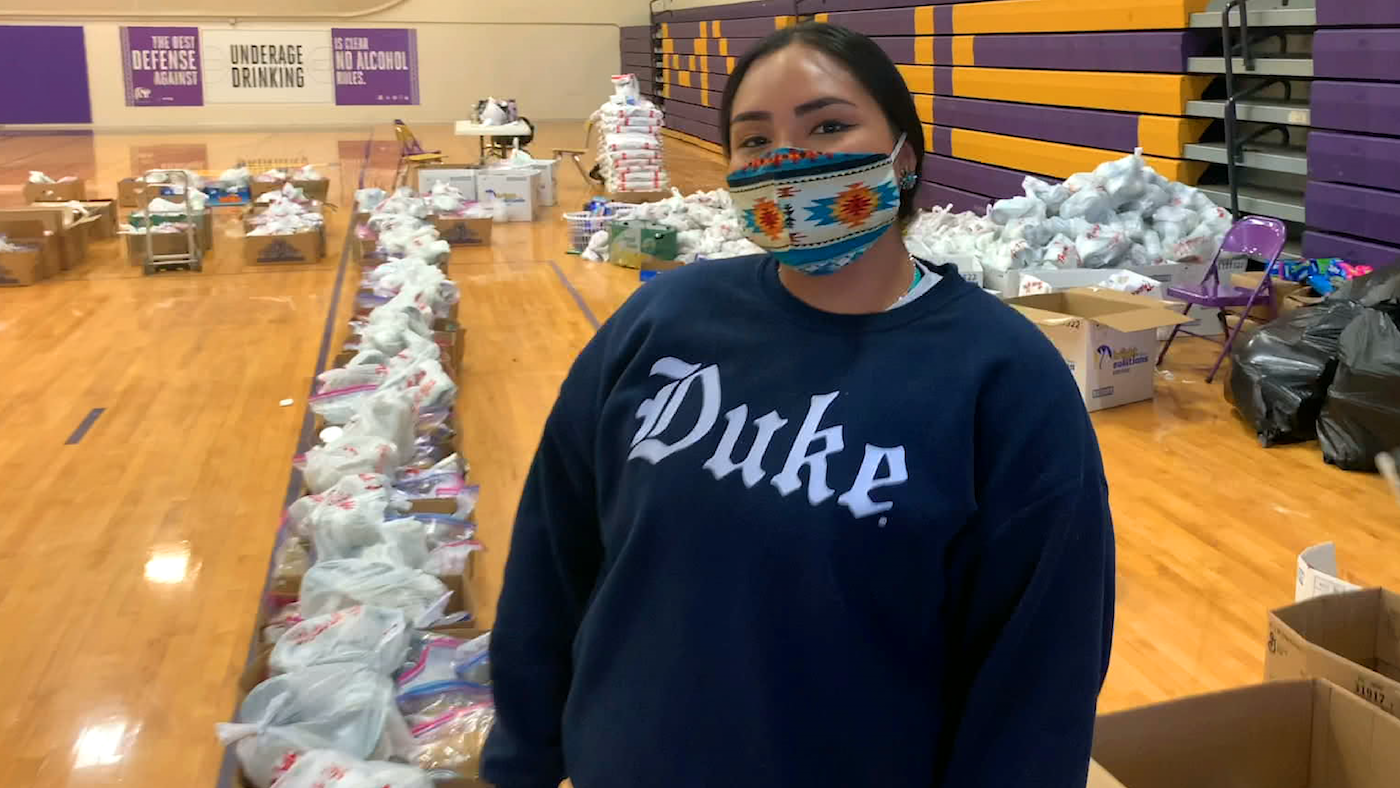