"We've Always Found a Way to Survive": The Armenian Diaspora in Chicago 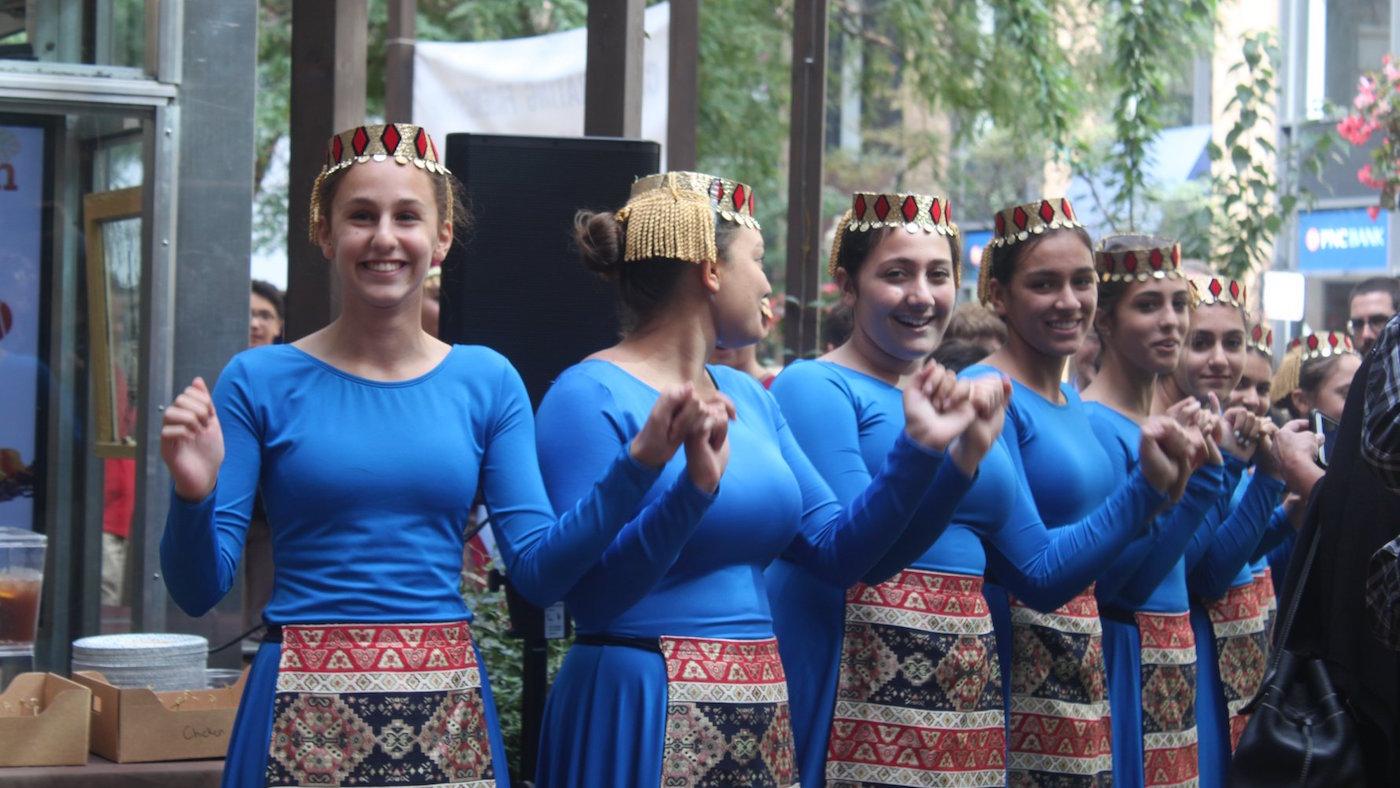 Photo: Courtesy Honorary Consulate of the Republic of Armenia in Chicago

What Will Become of Us and 100 Years from Home, about Armenian Americans and the lasting repercussions of the Armenian genocide, air on WTTW on Thursday, June 10 at 7:30 pm and 9:00 pm, respectively. Watch a virtual community screening and discussion hosted by WTTW.

Although their number is relatively few, Armenians have long been a part of Chicago’s history. The first Armenians came to the city in the mid- to late-1800s, as Chicago was experiencing explosive growth. They were mostly single men looking to gain an education or succeed in business away from the oppression of the Ottoman Empire before returning home. At the 1893 World’s Columbian Exposition in Jackson Park, some Armenian entrepreneurs exhibited oriental rugs, a trade they had come to dominate.

Oscar Tatosian’s grandfather Oscar Isberian entered that trade after coming to Chicago in about 1912 to join an uncle already living here. Eventually three of his four brothers would follow and partner with him to grow a business that still exists today, more than 100 years later, under his name. “Armenia is the oldest Christian nation, but has been surrounded by Muslims,” Tatosian explains. “Armenians sort of brought the East and West together as a merchant class and were engaged in trading, including rugs. When they came to the West, they continued.”

In addition to carrying on his grandfather’s business, Tatosian is also heavily involved in Chicagoland and its Armenian American community as a leader, philanthropist, and honorary consul of the Republic of Armenia in Chicago. (He is also a supporter of WTTW and our sister station WFMT.) “My grandparents would host people when they came from Armenia, and they were active in the community—uncles and aunts, too,” he says. “So I’m kind of following tradition.”

Some of those Armenians Tatosian’s family hosted may have been refugees from the Armenian genocide, during which the Ottoman Empire sought to essentially annihilate the Armenian population beginning in 1915, during World War I. As many as 1.5 million ethnic Armenians died from starvation, killings by Ottoman Turk soldiers and police, and forced exoduses into other parts of the Middle East. Earlier this year, Joe Biden became the first American president to formally recognize those events as a “genocide,” despite the protestations of Turkey, which has long denied that a genocide took place and has even prosecuted writers for referring to the events of 1915 as such.

Approximately half a million Armenians survived the genocide and scattered around the globe, creating one of the world’s most widespread diasporas, with about two thirds of Armenians now living outside of Armenia. While almost every Armenian community outside Constantinople was destroyed during the genocide, refugees established new ones everywhere from Los Angeles to Russia, Brazil, Australia, and the Middle East. 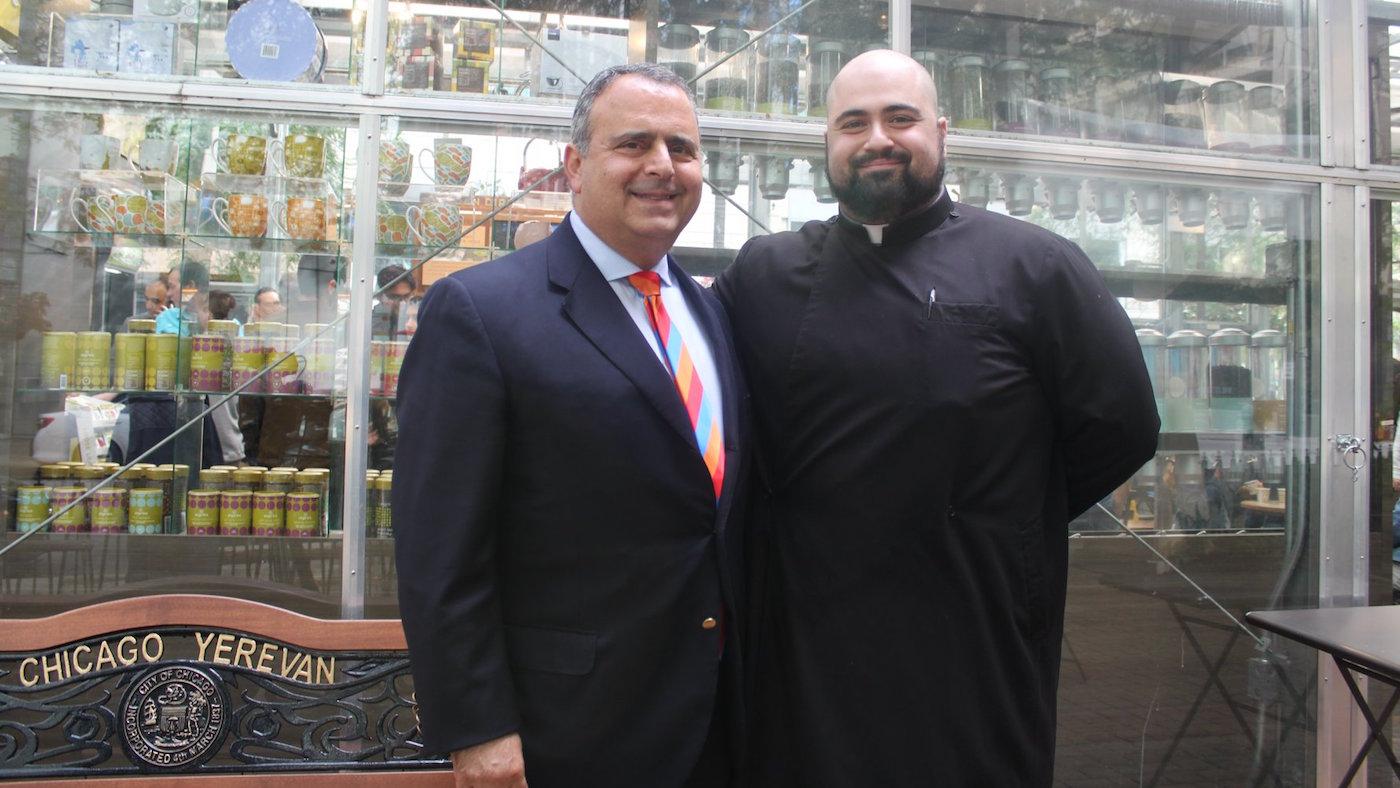 “We can go anywhere and find Armenians,” says Hagop Soulakian, a leader within the local Armenian community centered around the Armenian All Saints Church in suburban Glenview, one of seven Armenian churches in Greater Chicagoland, which is home to an estimated 10,000 Armenians. Despite their distance, both geographically and often generationally, many Armenians still retain strong ties to their country and culture. “You have to have a sense of identity of who you are as an Armenian, and you have to carry on the traditions,” says Soulakian. “I don’t think our parents and grandparents came to this country to forget everything that they grew up with.”

Soulakian’s own parents came to Chicagoland in the latter part of the twentieth century, his mother from Amman, Jordan and his father from Beirut, Lebanon. Both of their families had been displaced to the Middle East after the genocide. Soulakian was born in Elgin and grew up in Bartlett. “I went to kindergarten not knowing a word of English; Armenian was my first language. My parents always told me, ‘You’re going to eventually learn English, that’s not going to be an issue. But who’s going to teach you Armenian?’ ”

Part of the reason that the diaspora holds their traditions so dear is because of the troubled history of their homeland. “At times when Armenia is in pain, our diaspora has served as life support,” says Father Andreas Garabedian, the pastor of St. Gregory the Illuminator Armenian Church on the Northwest Side of Chicago. He points as an example to the brutal war last fall between Armenia and Azerbaijan over the Nagorno-Karabakh region. “The Armenian community here put aside its differences and we came together and started sending medical aid, money, food, clothes to Armenia.”

“For a lot of Armenians who’ve never even seen Armenia, they still attend Armenian church, they still identify as Armenian,” he continues. “If you cut the tree from its roots, eventually it will die. Our roots are Armenia. Diaspora is just a part of the veins that is a little bit further away from that heart but is still receiving the blood.”

Garabedian was born in Armenia but grew up in Canada. He came to St. Gregory, which was established in 1915 and is the oldest Armenian church in Chicagoland, in 2017. “The church aids in maintaining Armenians’ roots,” he says, by offering cultural programs and an annual summer festival, as well as a place to hear Armenian music and the Armenian language.

“When we sit down for a meal, it’s an Armenian meal,” he says. (The restaurant Sayat Nova is a notable Armenian restaurant, while acclaimed chef Carrie Nahabedian is Armenian.) “In the words of the Armenian poet William Saroyan, if two Armenians meet anywhere in the world, they’ll create another Armenia. Within Chicago, each Armenian family has created a little bit of an Armenia.”

“We’re a very innovative, entrepreneurial people,” says Soulakian. “We know how to survive. There are not many peoples that have been around for three thousand years. We’ve always found a way to survive.”