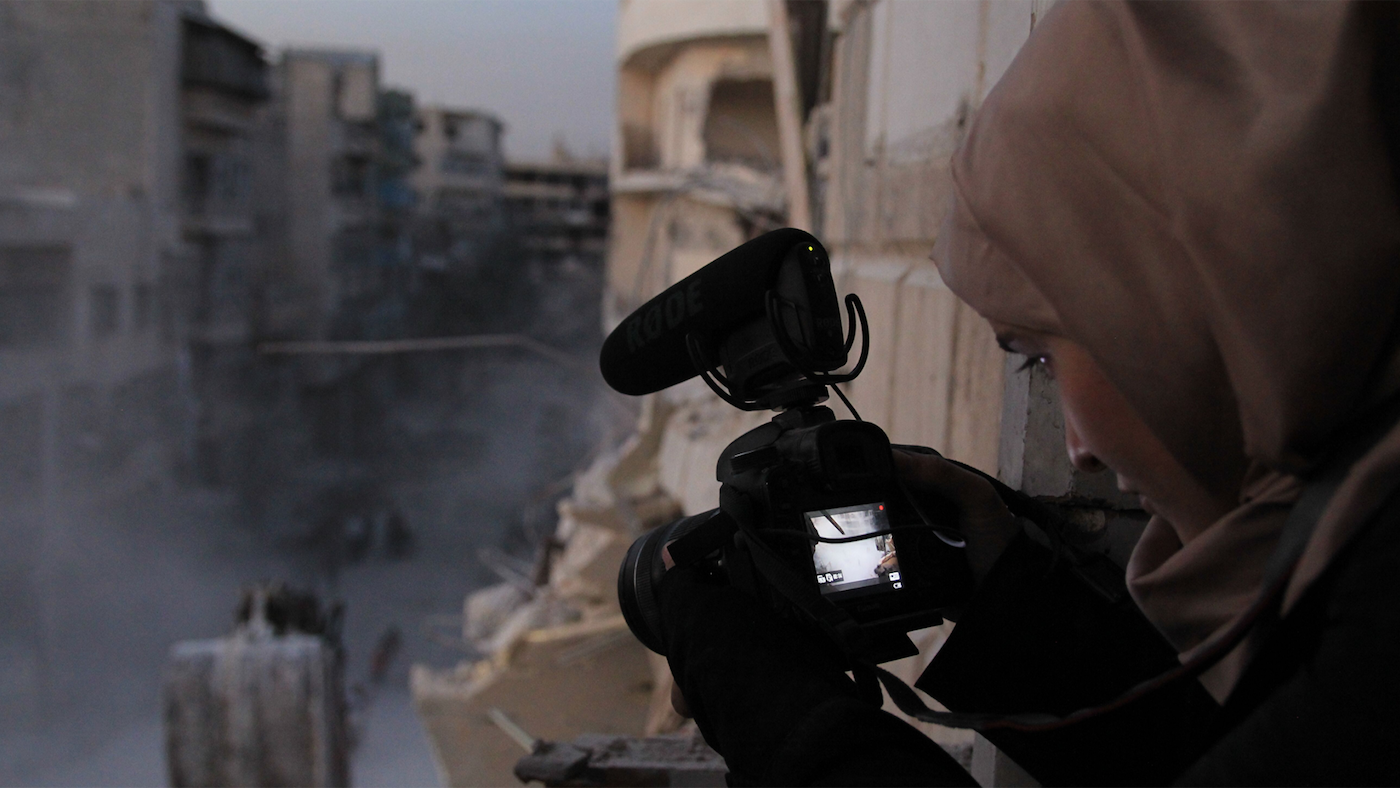 Waad al-Kateab filming the ruins of a building destroyed by bombing in besieged east Aleppo in October 2016 in 'For Sama.' Photo: Waad al-Kateab/FRONTLINE

Esquire recently pointed out that, while Netflix, Hulu, HBO Max, and other streaming services have been making waves with documentaries over the past few years, PBS has been offering top-level documentaries for decades—and we definitely haven't slowed down. From the tenacious investigations of Frontline to the contemporary portraits of POV and Independent Lens, the profiles of American Masters to the historical summaries of American Experience, not to mention Nature, NOVA, and the work of Ken Burns and Stanley Nelson, we offer documentaries for every style, topic, and sensibility. As Esquire said, we have "a documentary for just about every subject under the sun."

Here are some of Esquire's choices for some of our current best documentaries, with some of our own choices thrown in. All are available to stream, either for free or with WTTW Passport.


As far-right extremism has risen in the past three years, Frontline and Pro Publica have investigated militia groups and how they and individuals were emboldened by former President Trump. It's an especially relevant documentary in the wake of the January 6 insurrection at the U.S. Capitol.

Stream now (with WTTW Passport) and find much more related content at wttw.com/vietnamwar 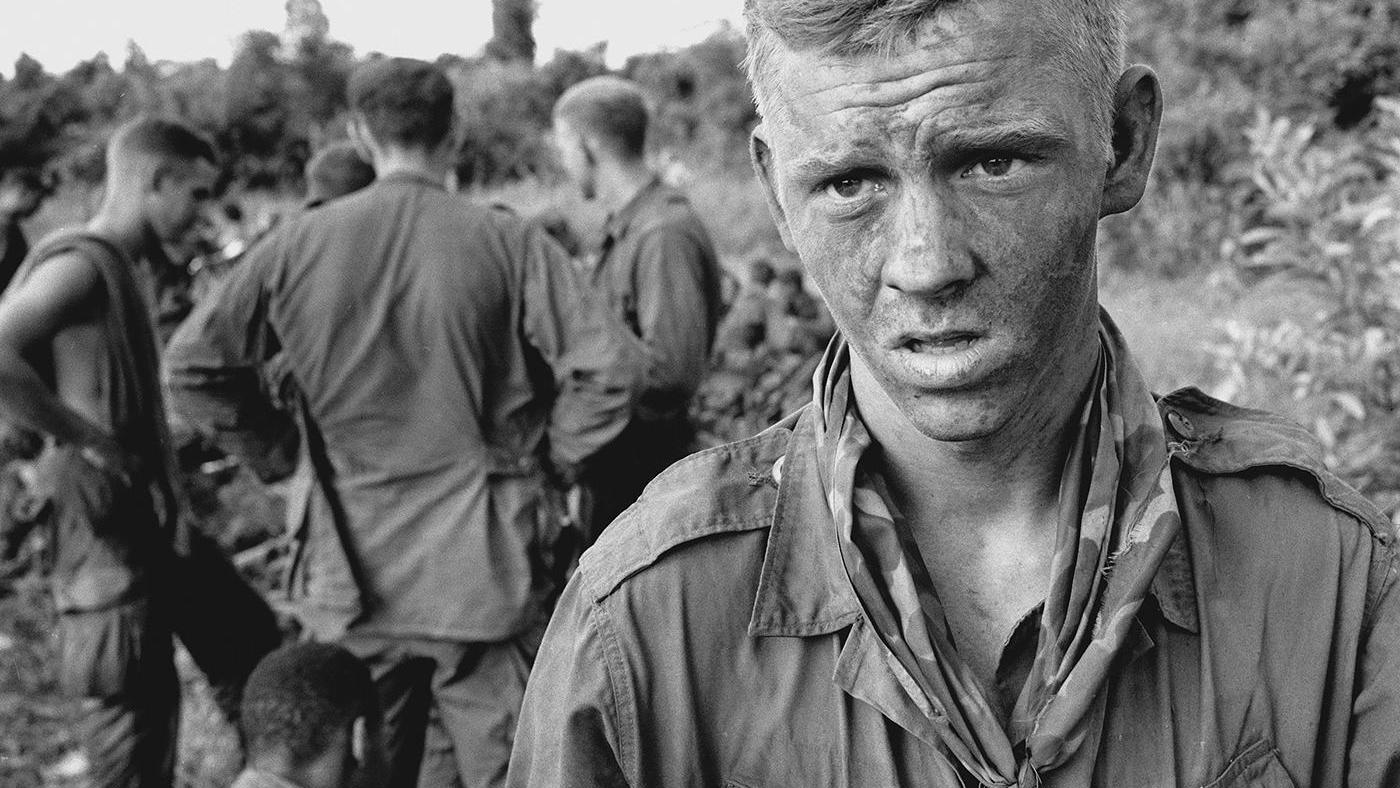 The nuance, depth, and sheer exhaustiveness of these multi-part, eighteen-hour documentary series from Ken Burns and Lynn Novick is typical of their work, but the result stands out even among their accomplished oeuvre. They approach a complicated era that lacks clear answers from a variety of perspectives, offering a kaleidoscopic look at a troubled chapter of American history.

Find much more related to The Vietnam War, including the stories of Chicagoland veterans, footage from our archives, and feature stories at wttw.com/vietnamwar. 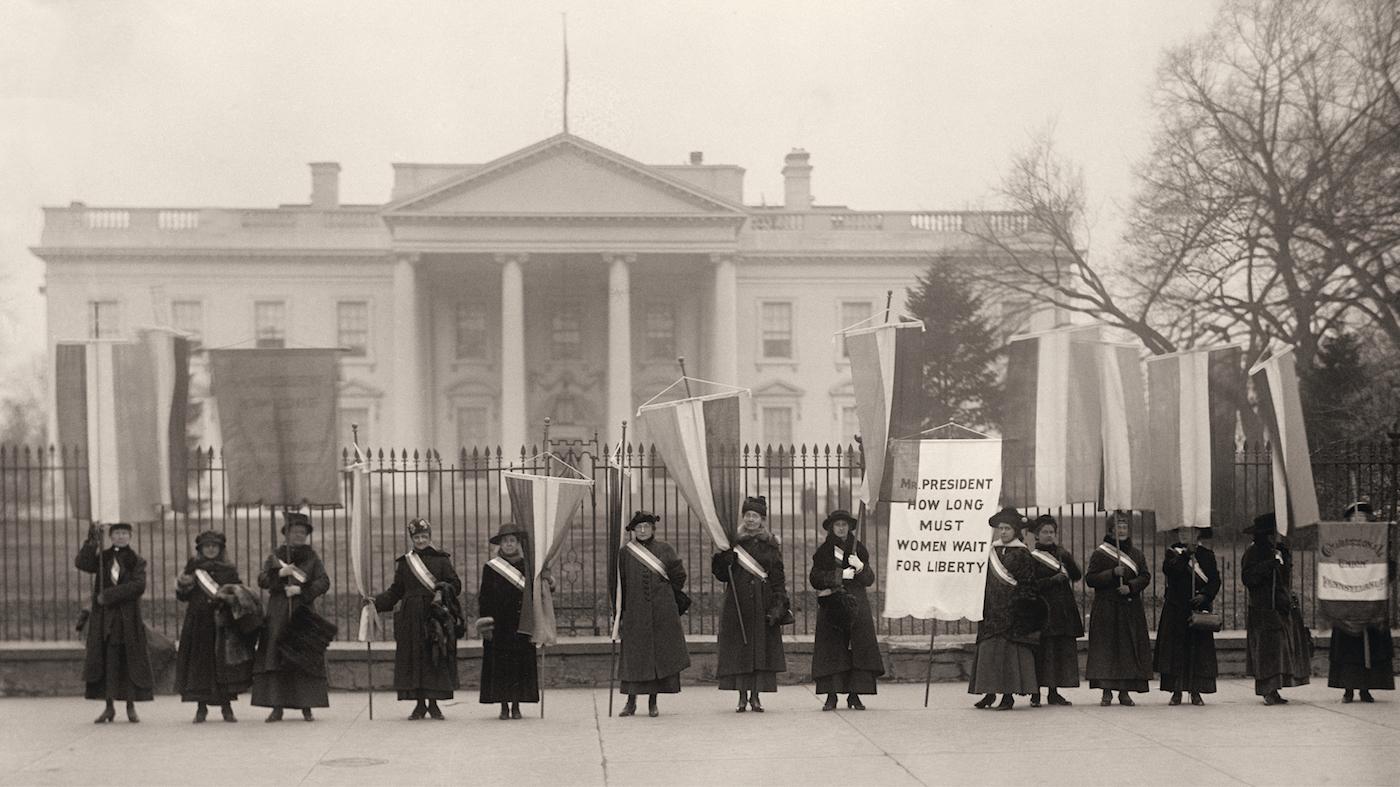 Photo: Courtesy of Library of Congress

A century after women won the legal right to vote via the Nineteenth Amendment, revisit the suffrage movement that worked tirelessly to that end. The movement wasn't without its squabbles or failings, including a particular willingness to cede to racism in the South, as was evident for example in the life of Ida B. Wells, a recent subject of our Chicago Stories series.

POV: Through the Night

Stream now or with Spanish subtitles (with WTTW Passport) 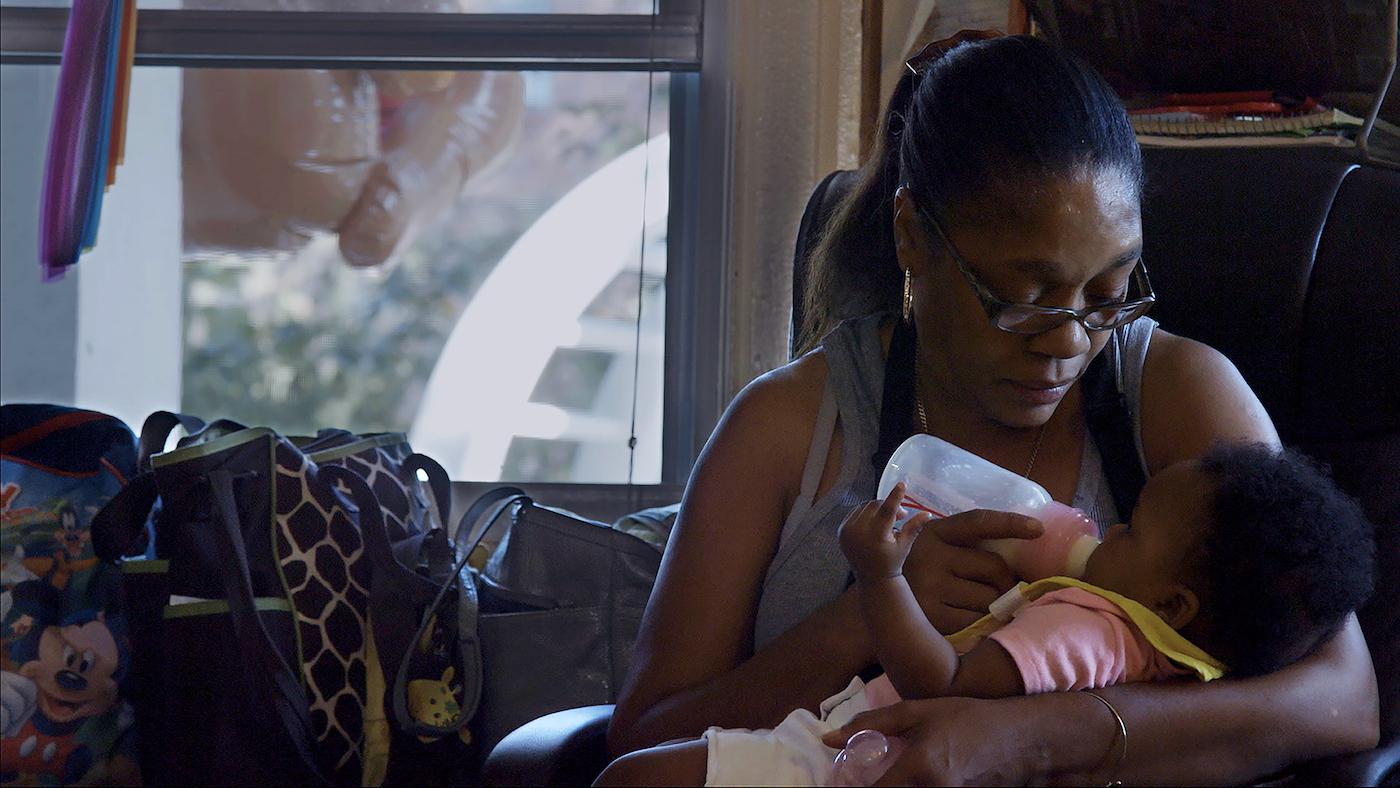 By telling the story of two working mothers and the 24-hour daycare center where their lives meet, this documentary reveals the extraordinarily difficult circumstances under which working people and parents are forced to live in contemporary American society, just hanging on by a thread.


This Academy Award-nominated film follows a Syrian mother who filmed herself and her city over several years as she lives her life and marks milestones throughout the brutal and destructive conflict in Syria. It's a personal look at life lived in wartime, a view not often seen or heard.

Another Frontline film, Abacus – Small Enough to Jail, by stalwart Chicagoan Steve James, was nominated for an Academy Award in 2018. It tells the story of the only bank prosecuted for the 2008 financial crisis, a small community bank in New York's Chinatown that serves mainly immigrants. James discussed the case and what it says about our financial system with us in 2017.

Independent Lens: The Black Panthers – Vanguard of the Revolution 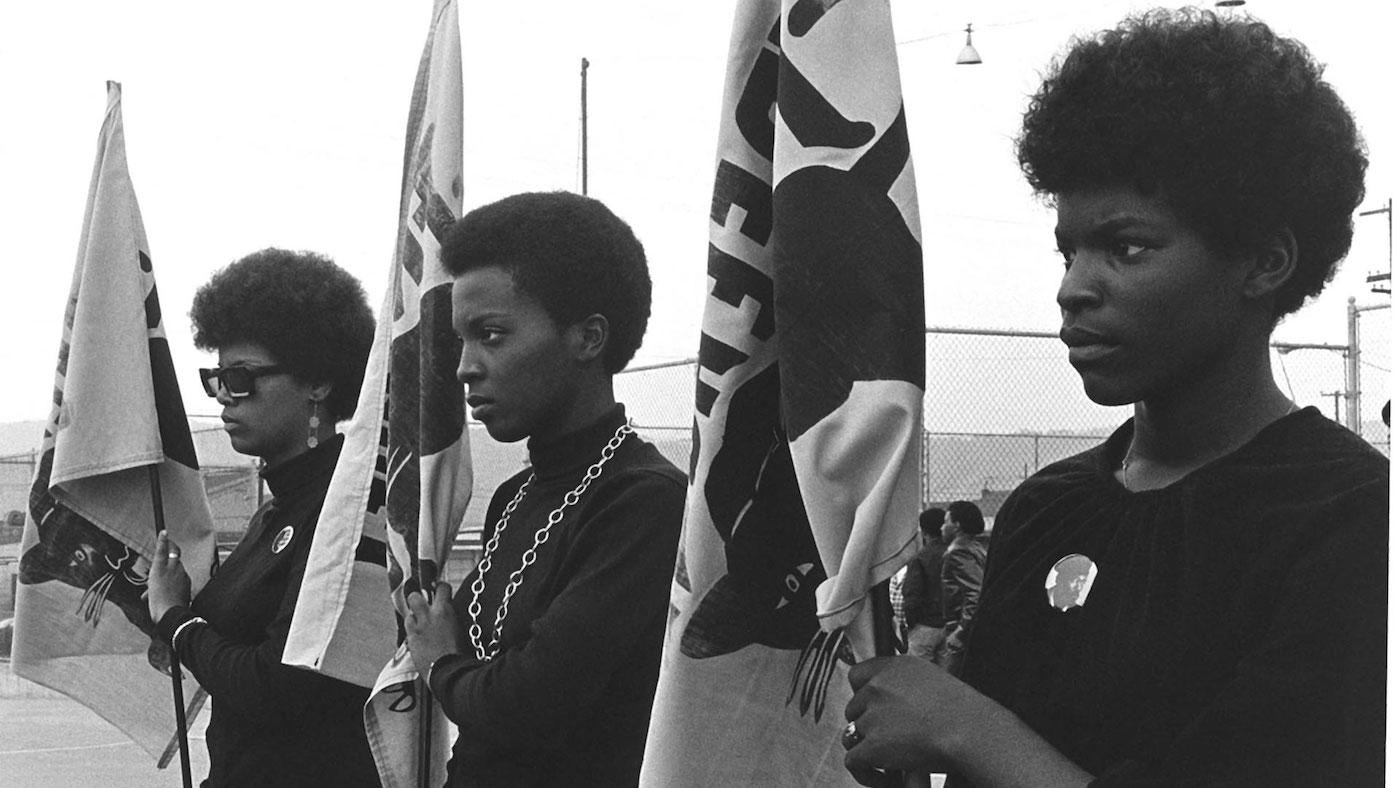 The Black Panther Party is a subject that provokes heated opinions, due in large part to misunderstandings and weaponization of their reputation. The esteemed Stanley Nelson works past those preconceptions and offers a narrative of the rise and fall of the party.

Learn about a notorious chapter in the Black Panthers' history, the killing of Fred Hampton by police in Chicago. Plus, find recommendations for more documentaries from PBS on race in America, from WTTW's Vice President of Community Engagement Tim Russell.


Meet Amy Tan, whose blockbuster first novel The Joy Luck Club was an important and influential commercial success for an Asian American author and Asian American story. American Masters reveals her difficult relationship with her mother and how it intimately shaped her work.

The Joy Luck Club was one of The Great American Read's list of America's favorite 100 novels. Discover more at wttw.com/read.

Frontline: Growing Up Poor in America 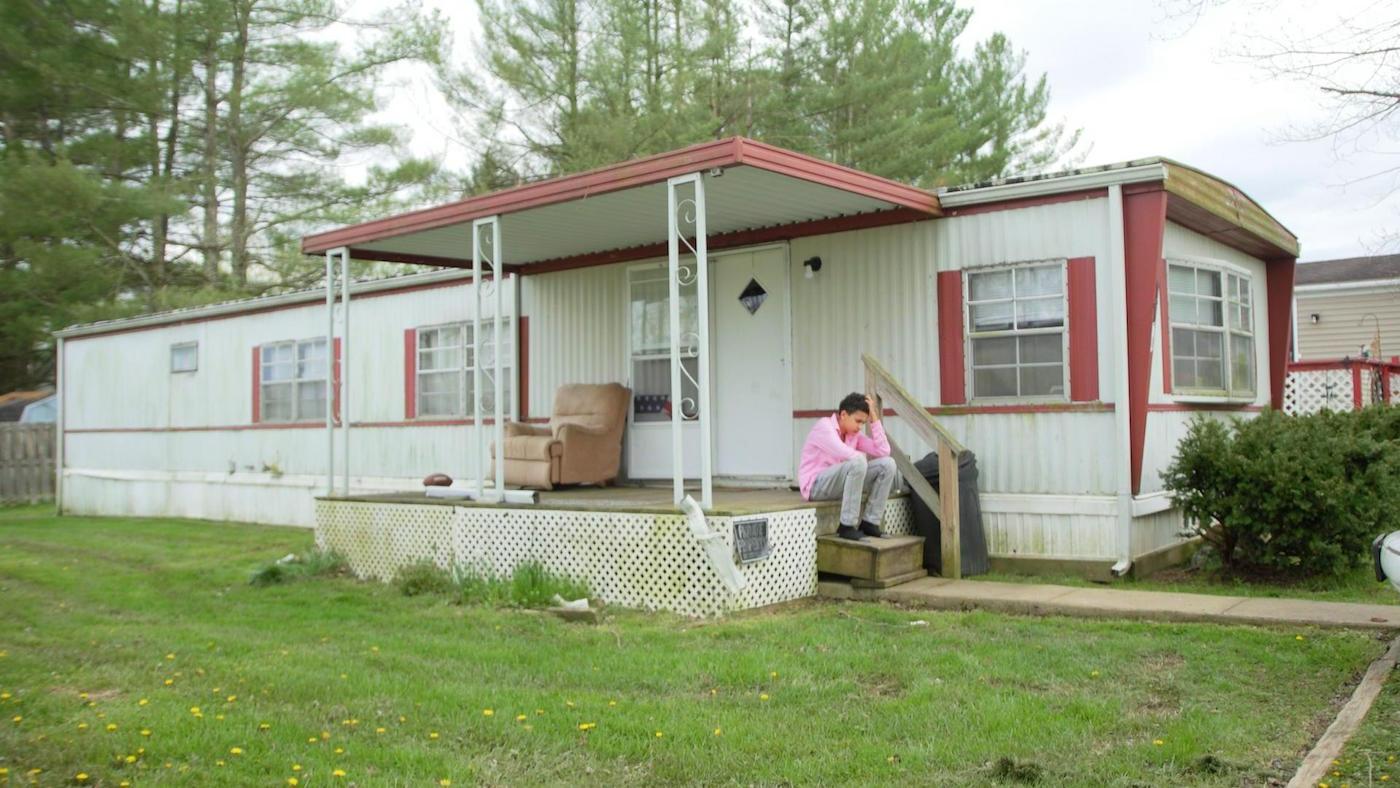 Filmmaker Jezza Neumann has long explored the issue of child poverty in America, including in Frontline's 2012 Poor Kids, which was updated in 2017. Growing Up Poor in America continues that tragic exploration, this time during the COVID-19 pandemic. With the passage of a new child tax credit that could drastically reduce child poverty this year, it's a good time to understand the circumstances of child poverty.

Neumann talked to us about child poverty in 2017.

Frontline: Amazon Empire – The Rise and Reign of Jeff Bezos 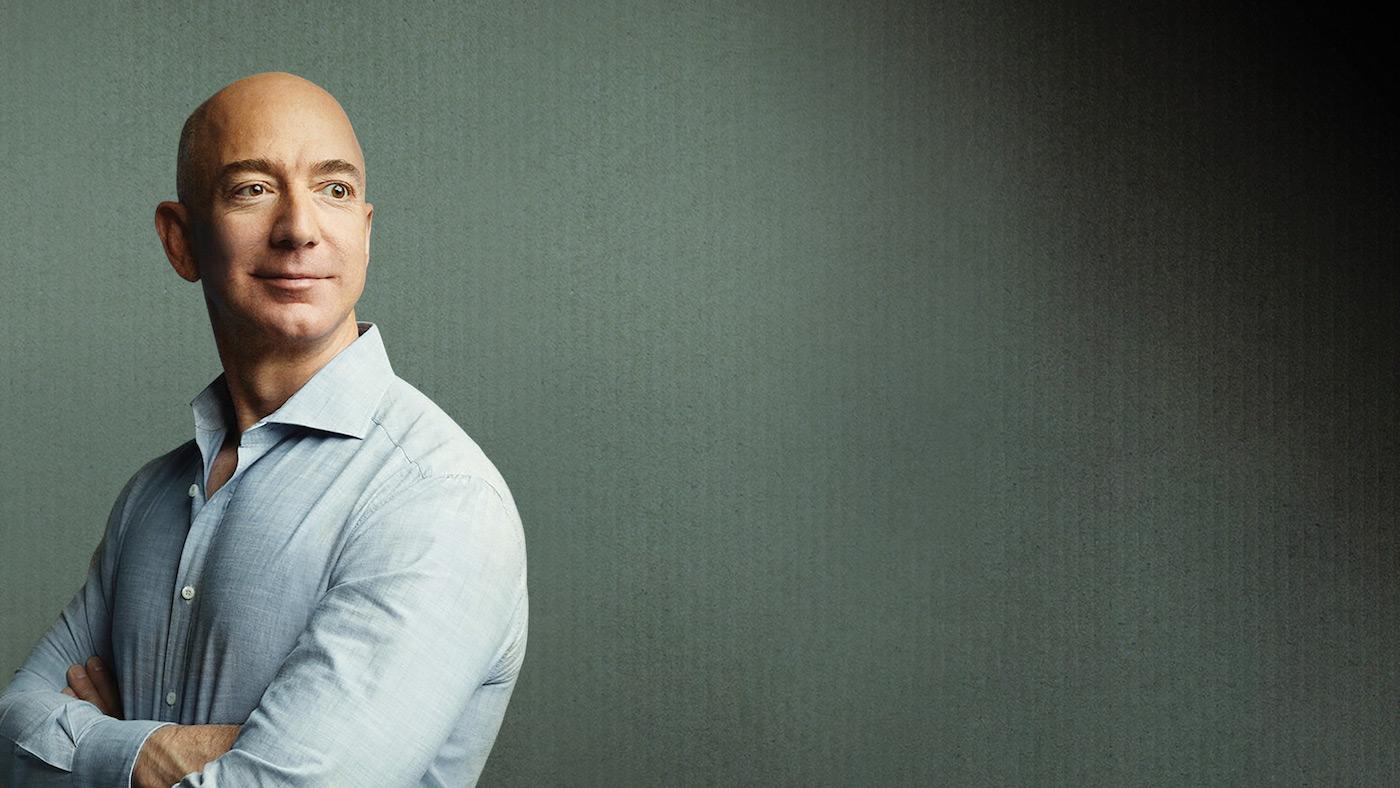 Jeff Bezos is the richest man in the world, and his company Amazon is involved in seemingly every sector of the economy and even our private lives. How did it achieve such massive success? Frontline looks at its rise, and its dark side.

The film is in a similar vein to Frontline's investigation into Facebook, its ascent, and its struggles to figure out its role as an arbiter of speech. 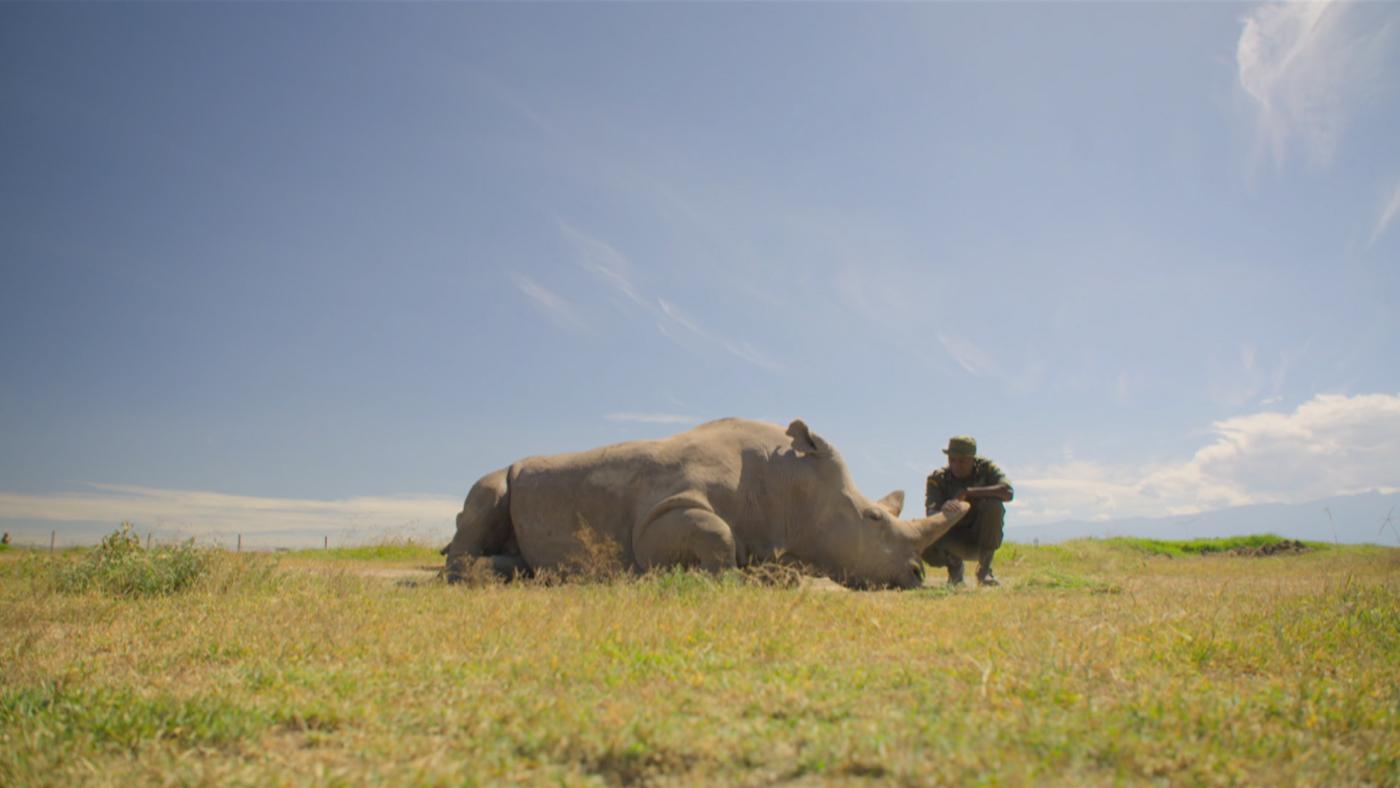 A million species are at risk of extinction thanks in large part to human activity. Sir David Attenborough examines this crisis of biodiversity, showing how it will have nefarious effects on all of us. 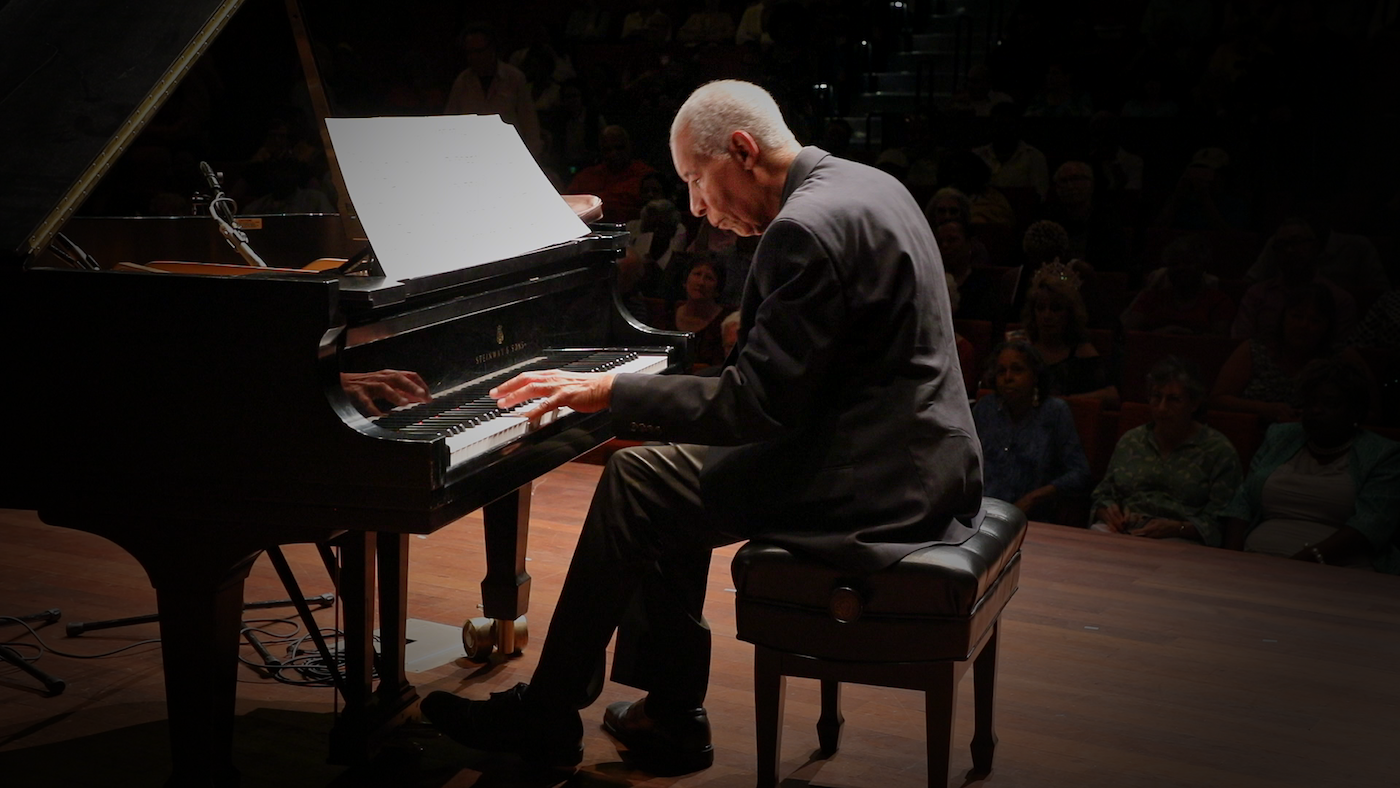 'For the Left Hand' Tells the Story of an Indomitable, Late-Blooming Pianist 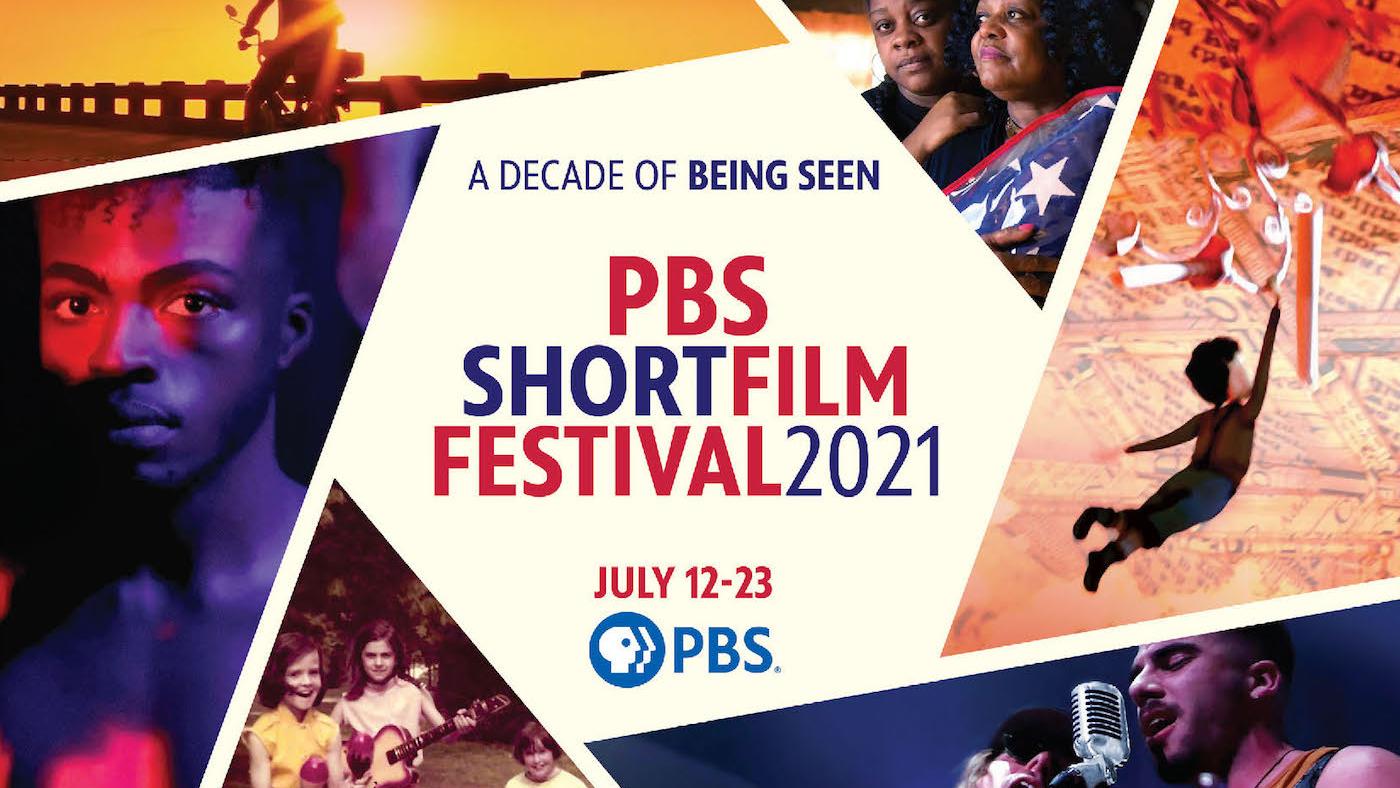