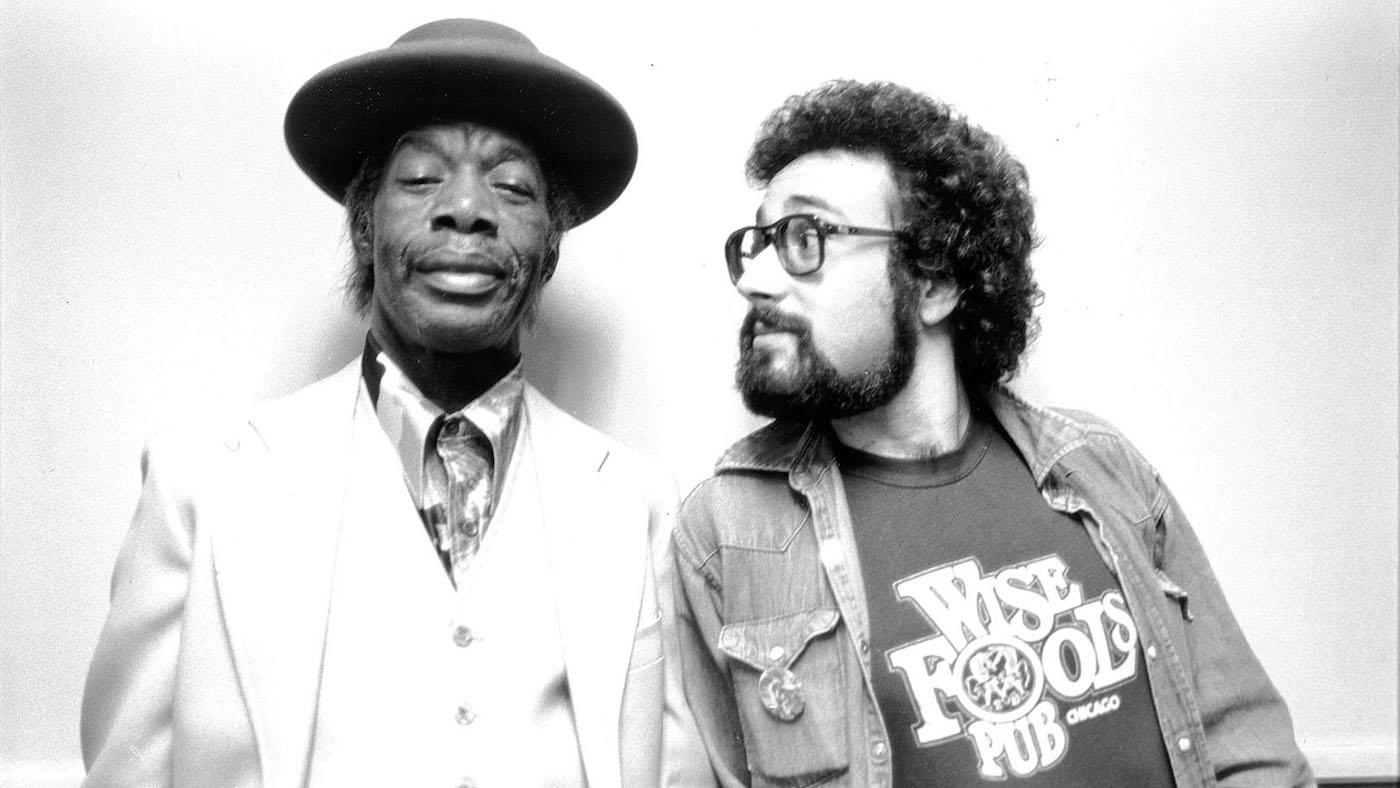 American Masters: Buddy Guy – The Blues Chase the Blues Away profiles another Chicago blues mainstay Tuesday, July 27 at 9:00 pm on WTTW and at wttw.com/live, and will be available to stream.

In 1971, a 23-year-old white hippie brought a six-fingered bluesman with a cheap Japanese guitar and his two sidemen into a studio in Chicago to cut an album that was as stripped-down and intimate as possible. “We try to capture the music as though it was the very best gig that anybody ever played,” says Bruce Iglauer, that erstwhile self-described hippie.

Iglauer has now spent fifty years trying to bottle that raw energy as the head of the blues label Alligator Records, which was born in that 1971 recording session and the release later that year of Hound Dog Taylor & The HouseRockers. In honor of the label’s 50th anniversary, Mayor Lori Lighfoot will declare June 18 “Alligator Records Day” in Chicago and Alligator will release Alligator Records—50 Years of Genuine Houserockin’ Music, a 58-song compilation pulled from its more than 350 releases. The first track, unsurprisingly, is by Hound Dog Taylor.

It makes sense that Iglauer has consistently tried to produce and release albums that recreate the rowdy live experience of a gig, for that’s how he came to know—and be thunderstruck by—the blues. He first heard the blues as played by Mississippi Fred McDowell in 1966 at a University of Chicago folk festival. “I thought it was the most honest music I had ever heard,” he told Chicago Tonight in 2019.

The encounter changed the trajectory of his life. “I was supposed to teach the history of the theater and I got waylaid by the blues,” he told Chicago Tonight. He eventually moved to Chicago to work for the blues and jazz label Delmark Records and began frequenting blues clubs on the South and West Sides with Delmark’s Bob Koester, whom he calls his “mentor and hero.” (Koester died this May at the age of 88.) 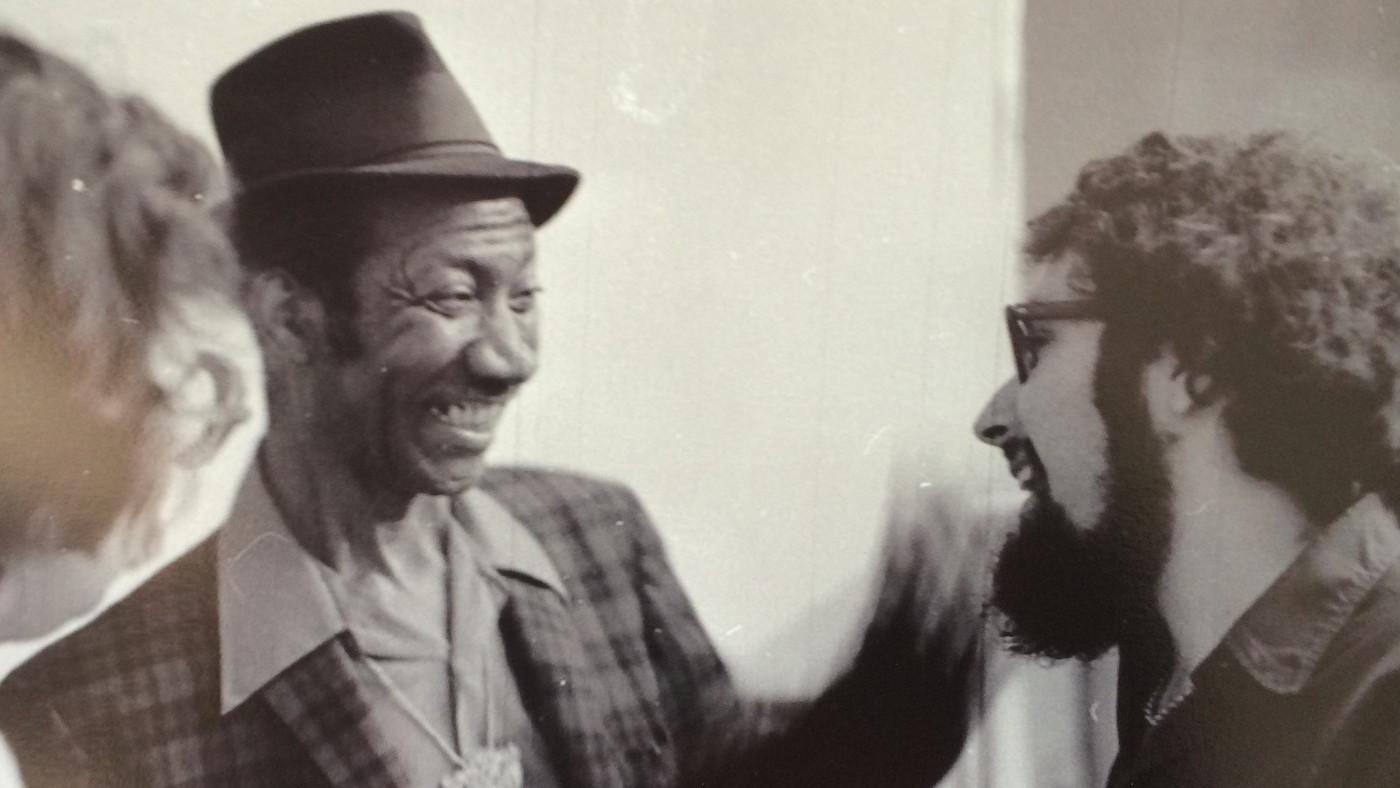 By then, Chicago had been a hub of electrified blues for decades. Musicians such as Muddy Waters and Howlin’ Wolf had come to the city from the South during the Great Migration of African Americans northward, bringing the blues with them. In Chicago they began playing electric guitars and experimenting with distortion—influencing the nascent genre of rock ‘n’ roll and soon-to-be-famous bands like the Rolling Stones in England—and found a home at Chess Records and blues clubs throughout the city.

At one of those clubs, Florence’s Lounge, Iglauer encountered Hound Dog Taylor’s raucous music and determined he had to record him. Koester wasn’t interested, so Iglauer decided to start his own label with $2,500 inherited from his grandfather. “When I approached Hound Dog about recording, he’d already seen me 50 times at his gigs,” Iglauer recalls. “He knew who I was, he knew I loved the music.

“He had recorded two 45s many years previously—that was the extent of his recording career. He didn’t express any concerns that I had never run a record company before, and that I had no distribution and I was the whole company. He didn’t have other opportunities, so he just said, ‘I’m with you, baby, I’m with you.’ And then we shook hands.”

The resulting album did well enough for Iglauer to continue running the label, alone, out of his apartment. He released about one record a year until 1975, when the “Queen of the Blues,” Koko Taylor, recorded her first album with Alligator, which garnered the label its first Grammy nomination—and allowed Iglauer to hire his first employee. Taylor would become a regular on the label. In 1978, Alligator signed guitar hero Albert Collins, its first non-Chicago artist; four years later, it won its first Grammy, for the zydeco artist Clifton Chenier’s I’m Here!

Whereas the label had only released twenty-two LPs in the 1970s, it put out 60 in the 1980s, with its roster growing to include New Orleans legend Professor Longhair and influential guitarist Lonnie Mack (in an album produced by Stevie Ray Vaughan) among others. The ’80s also saw the release of Alligator’s best-selling record of all time: Showdown!, which brought together Collins, the young upstart Robert Cray, and Texan Johnny Copeland for a trio of guitar theatrics.

“It was kind of a miracle happening before my very eyes,” Iglauer recalls about the Showdown! recording sessions. “I remember [the producer] turning to me and saying, ‘Is this as good as I think it is?’” 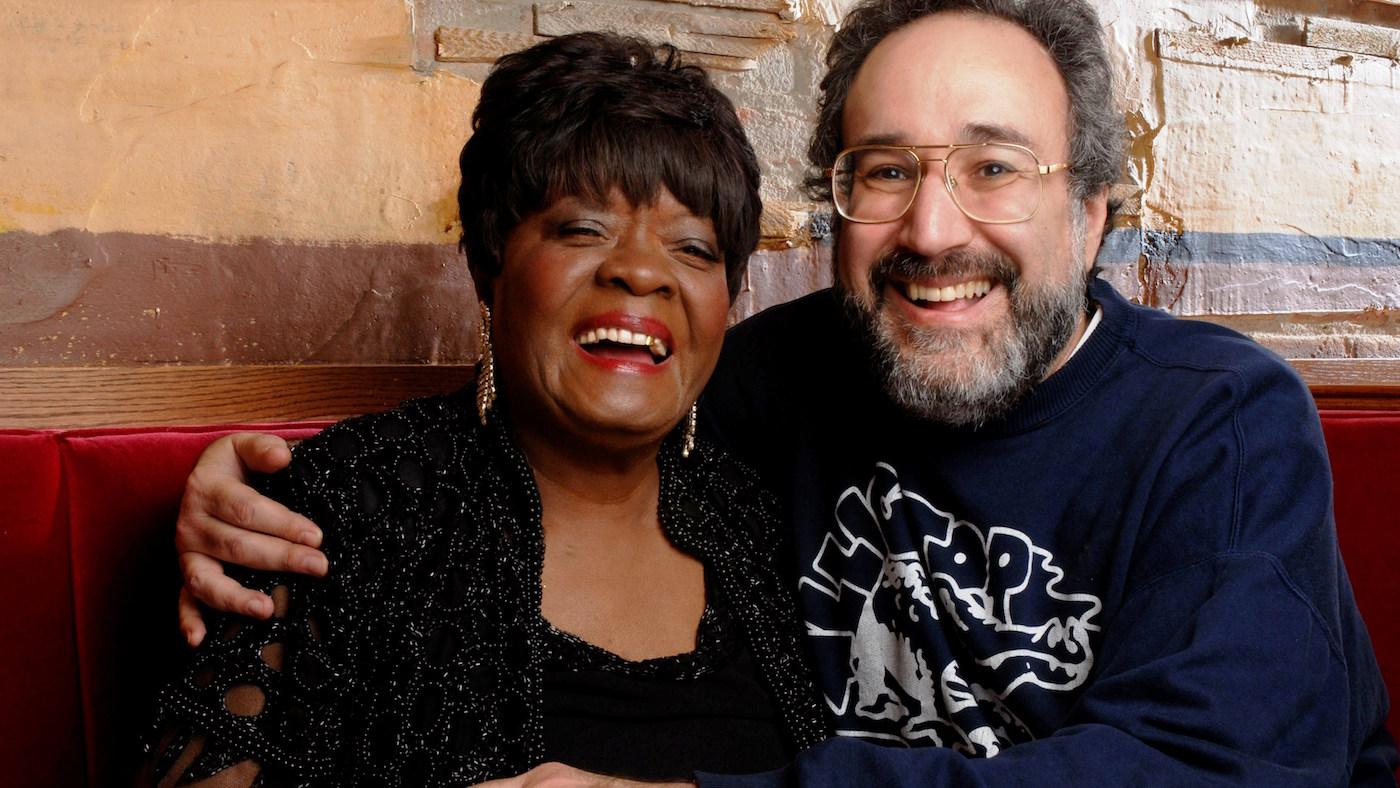 Iglauer has co-produced about 120 of Alligator’s releases and has overseen almost everything else on the label, but he has also served in a variety of less traditional roles. “When the artists are open to it, I try to be more than just the record company,” he says. “In a lot of cases, we become friends, and in some cases, we become good friends. Lil’ Ed [who records with The Blues Imperials] grew up without a father and has said that I’m the closest thing he ever had to a dad. I consider that an incredible compliment.”

A musician stayed at Iglauer’s house for some weeks while trying to get clean, while his dining room hasserved as a writing studio for Toronzo Cannon. “He would do writing sessions and I would challenge him: ‘Give me a different chord, or give me a different rhythm, or a better rhyme,’” Iglauer explains.

Cannon is an example of Alligator’s younger crop of artists, many of whom are updating the blues for contemporary times. The teenaged Christone “Kingfish” Ingram has been hailed as the “next explosion of the blues” by none other than Buddy Guy. Cannon has written songs about health insurance and undocumented immigrants, Selwyn Birchwood has a song about police brutality, and Shemekia Copeland has sung about everything from gun control to gay rights. “Part of my mission now is to launch the careers of the people who will be carrying the blues forward for the next 50 years,” Iglauer says.

Nonetheless, all of Alligator’s artists and records must share one thing: an ability to grab a listener with their immediacy and energy, just like Hound Dog Taylor did more than 50 years ago, when Iglauer first heard him perform in a small club and determined that he had to record him, lack of funds and experience be damned.