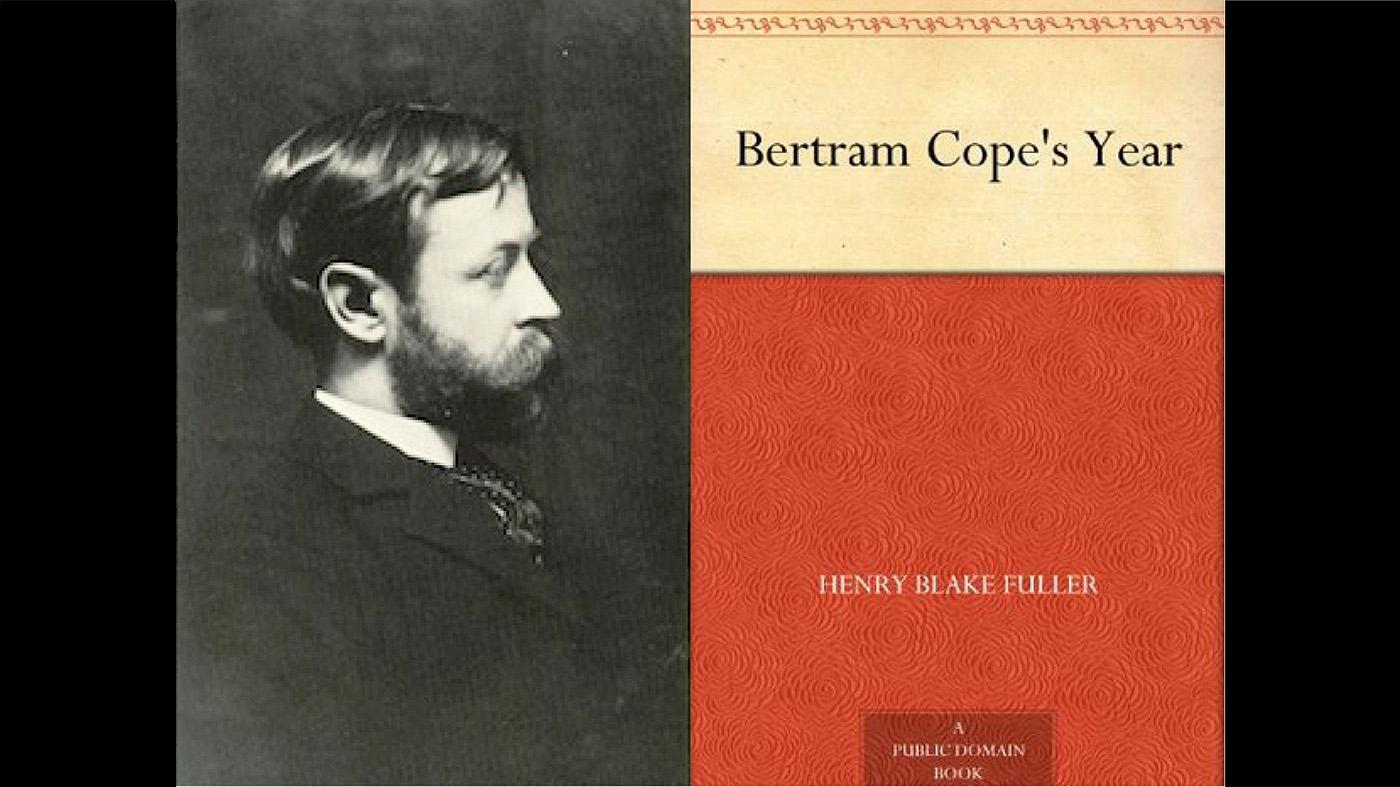 Henry Blake Fuller's novel, "Bertram Cope's Year," is considered by many to be the first American novel to feature gay themes and characters.

Henry Blake Fuller, an author who is now in the Chicago LBGT Hall of Fame, wrote what many consider the first American novel that explored LGBTQ themes. But his relationship with Chicago was complicated, and his writing style didn’t always paint the city in the most flattering light.

Fuller was the author of The Cliff Dwellers and Bertram Cope’s Year. The latter is considered by many to be one of the first American novels that features gay characters and themes, while his play At St. Judas’s is given a similar distinction in American theater.

Fuller was born in Chicago in 1857 and never left. He ran among some of the artistic greats in Chicago at the time, including Harriet Monroe, the founding editor of Poetry magazine; novelist Hamlin Garland; and architect Louis Sullivan. Chicago served as a source of inspiration for Fuller’s writing, but not always in a positive way. His biography in the Chicago LGBT Hall of Fame says he had a “love-hate relationship” with the city.

Liesl Olson, director of Chicago Studies at the Newberry Library, which has a collection of Henry Blake Fuller’s papers, agrees with that assessment.

“He was also totally crabby,” Olson said. “He didn't actually have a whole lot of good to say about Chicago, but he stayed …. He was so committed to it in some ways.”

“That's probably what is most distinctively Chicago about his style,” Olson said of social realism, a mode of writing that shows “things as they are” and paints reality in a stark, unadorned way. In Fuller’s writing, that involved depicting materialism in the city, exploitation of workers, and the role of commerce and industry in Chicago.

“A character in one of his novels says, ‘It's the only great city in the world to which all its citizens have come for the one common avowed object of making money,’" Olson says. Fuller’s writing often reflected that cynicism.

Olson considers The Cliff Dwellers to be the best example of Fuller’s work and style. The novel, which was published in 1893, takes place in a Chicago skyscraper and offers an unflattering (and at times, misogynistic) portrait of money-centric businessmen and their wives.

“Then, Hamlin Garland goes on to create an all-men’s literary club called Cliff Dwellers, which still exists,” Olson says. “Henry Fuller refuses to join. It's just funny. He was just such a curmudgeon in that way.”

Though The Cliff Dwellers might be the best example of Fuller’s realism, it is Bertram Cope’s Year that is considered groundbreaking in hindsight for its inclusion of gay characters. The novel, published in 1919, when Fuller was 62 years old, takes place at a university modeled after Northwestern University and follows a young English teacher who becomes the love interest of both male and female characters.

But Fuller’s thinking behind that novel — as well as his own sexual identity — aren’t clear.

“A lot of the correspondence around that book and letters from Henry Fuller were burned before his papers arrived at [Newberry Library],” Olson said. “So a lot of the documentation about how that novel was made, we just don't have partly because of ‘homosexual themes,’ as they called it.”

Olson acknowledges the difficulty in examining the internal life of authors like Fuller.

“When you're looking back at figures from the past who were not openly out — for so many political reasons, safety reasons, legal reasons — this is a common ethical quandary for historians and literary scholars. Who are you to out them when the record isn't there?”

So why isn’t Fuller a bigger name in literature? Olson offers some theories. For starters, many of his novels are out of print and were never reissued. Fuller also “wasn’t a stylist in the same way that his peers were,” Olson said, so some of his novels weren’t as successful. Additionally, the "homosexual themes" in Bertram Cope’s Year and the anti-gay sentiment at the time the novel was released might have influenced Fuller’s reception as an author.

“In the decades after his death, there may have been a disinterest in writers who were queer, in a sense that people didn't want to touch those things,” Olson says.

But now, many who know Fuller’s name know him as the first American writer to tell a story about gay characters. Olson also thinks he contributed something important to the literary world, particularly in Chicago.

“I think Henry Fuller is the city's first social realist, and social realism becomes a mode of critique that is distinctive to Chicago writers all the way into the twenty and twenty-first century. So if you want to trace that literary history of social realism, Fuller is where you start.” 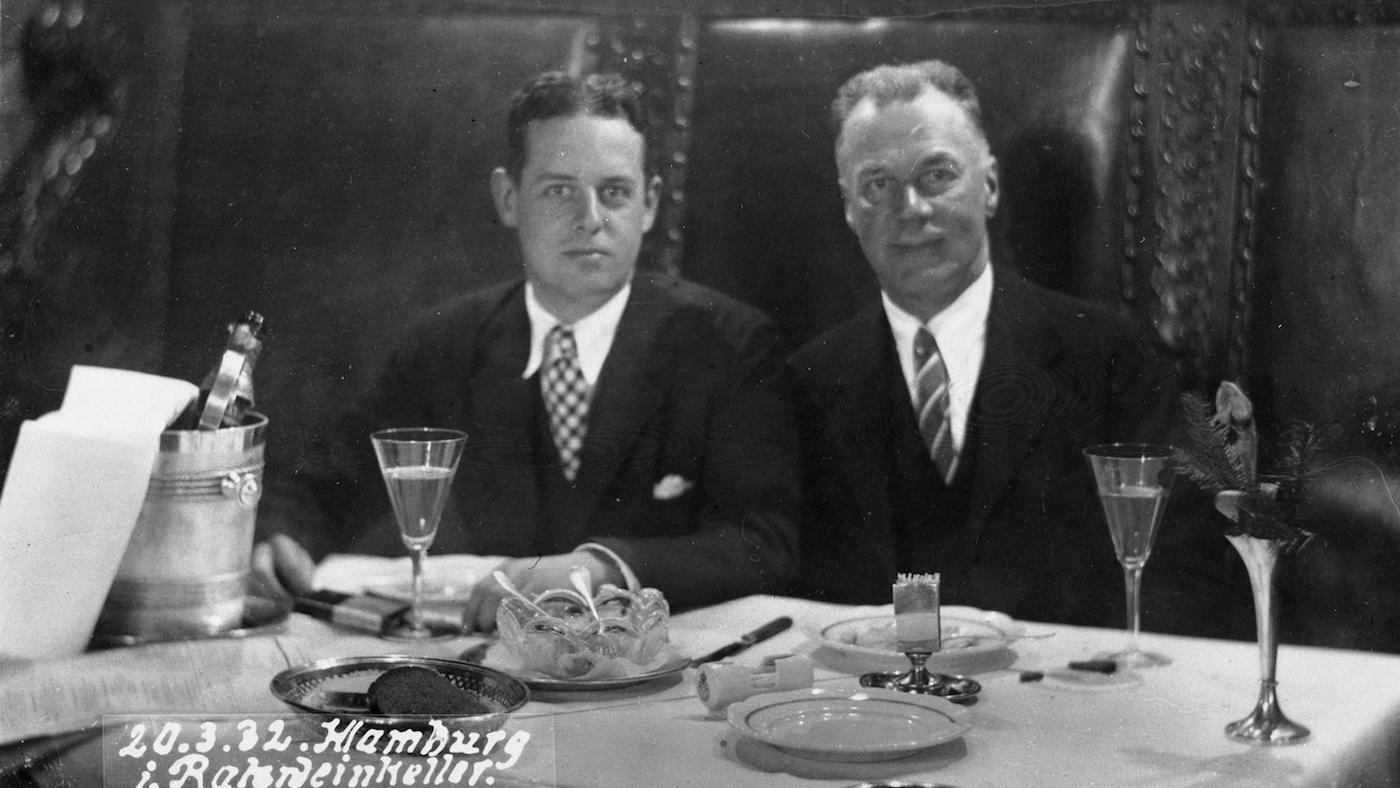