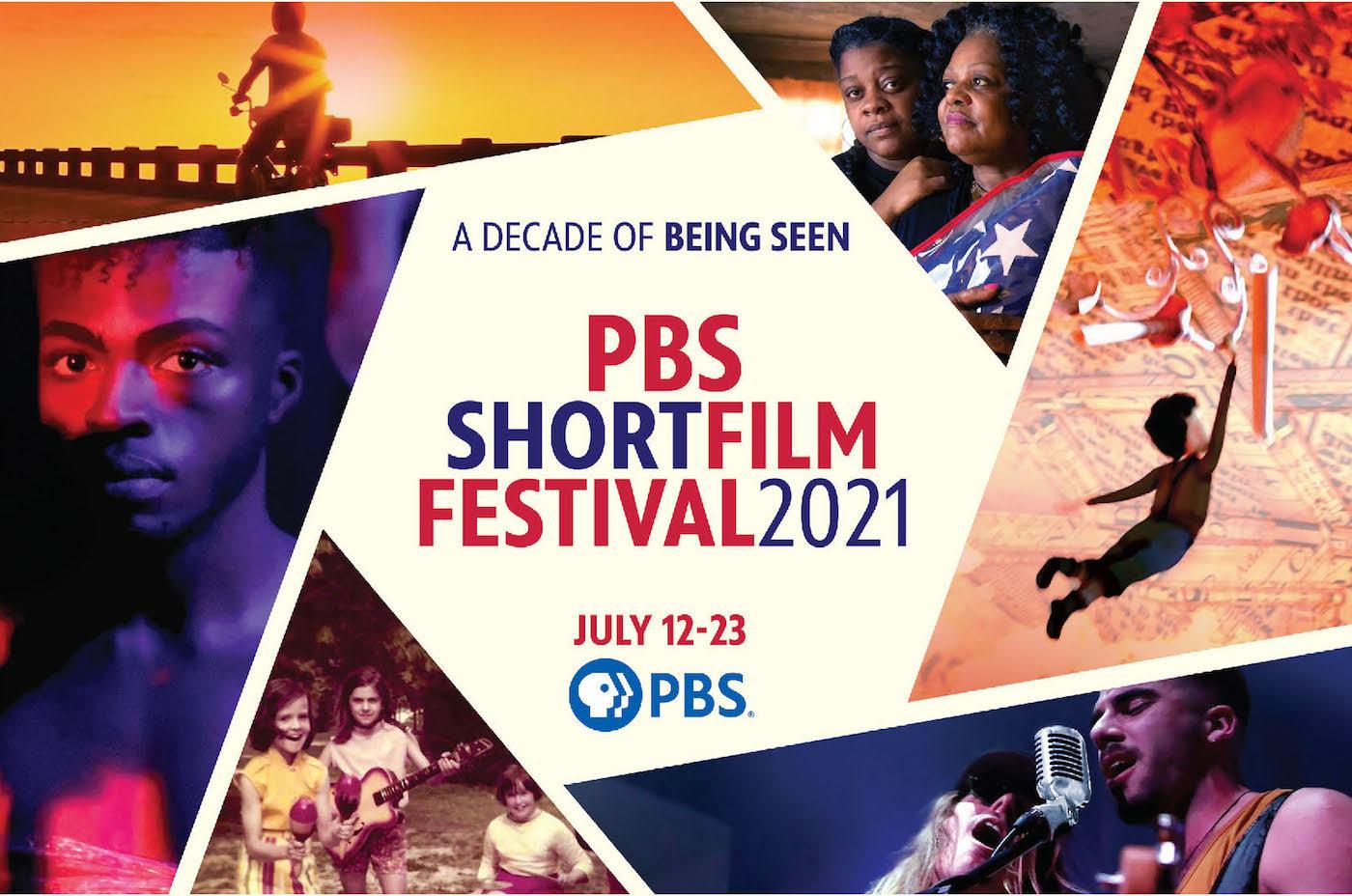 In the past year and a half, film festivals, like so many other events, have had to go digital. PBS was ahead of the curve with the Short Film Festival, which has spotlighted short-form independent films online for a decade now. This year, the Short Film Festival takes place Monday, July 12 through Friday, July 23 and will feature 25 films in the categories of culture, family, humanity, identity, race, and society.

The Festival kicks off with a virtual event on July 12 at 6:00 pm CT that will include a preview of this year's films and a discussion panel with previous winners of the Festival (register here). All the films will be available to stream on wttw.com and the PBS app beginning July 12, and will be released on the Festival's Facebook page over the next two weeks.

Settle in with some friends and family either at home or virtually with a viewing party kit containing everything from film-appropriate snack recipes from PBS Food to discussion questions to stimulate some engaging post-viewing conversations.

Nine jury members, respected professionals in independent film and public media, will select their favorite film of the Festival. Several films come from Illinois, selected by Illinois Public Media and Carbondale's WSIU. Find the full list of films in the graphic below, with descriptions of each separated by category below that and a preview of the entire Film Festival below that. 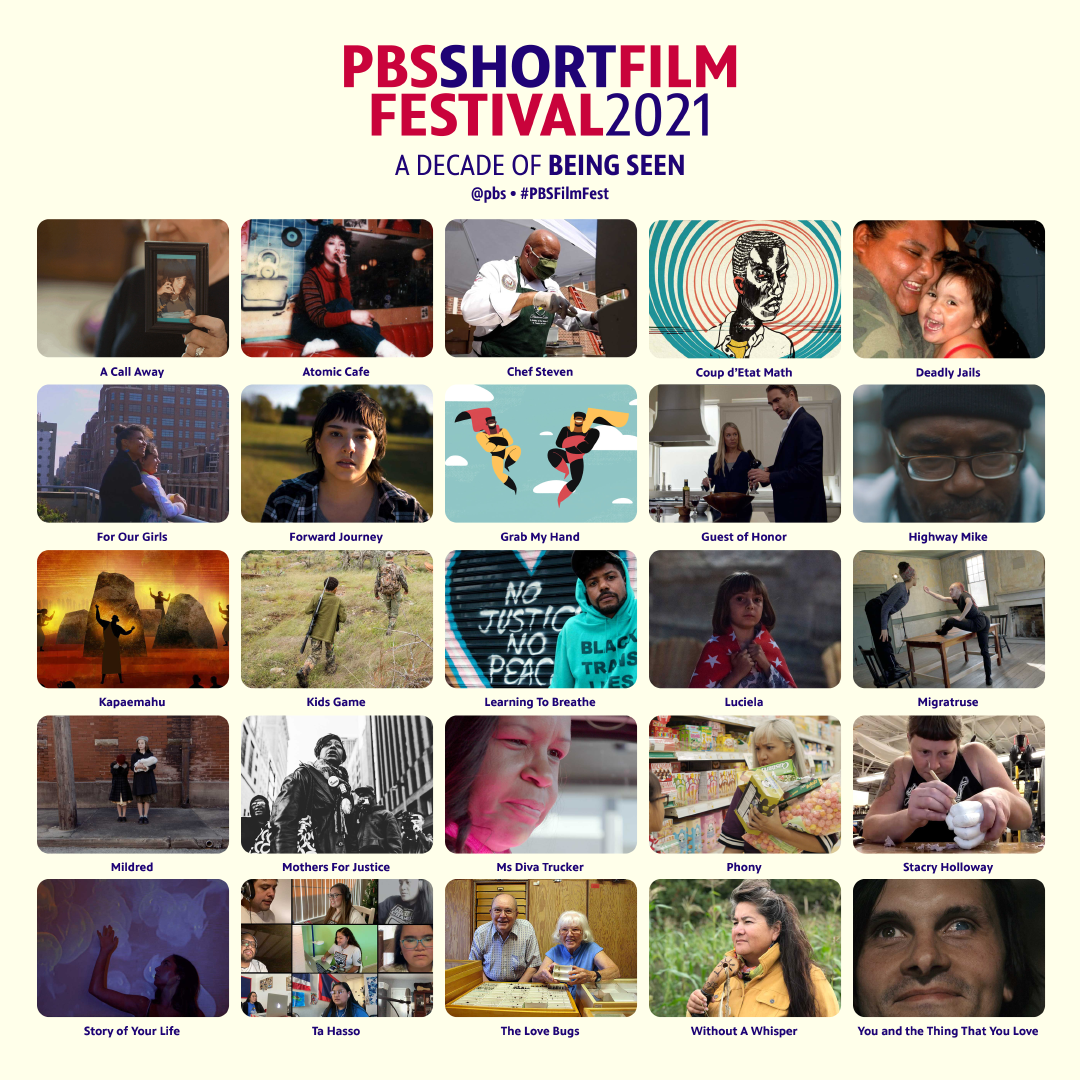 In the late 1970s, when L.A.’s punk rock scene was exploding, an unlikely family-owned restaurant in Little Tokyo, started by Japanese Americans returning from America’s WWII concentration camps, became one its most popular hangouts. That’s when “Atomic Nancy,” with her “take-no-prisoners” punk makeup and demeanor, took over the café from her parents and cranked up the jukebox. Infamous for its eclectic clientele—from Japanese American locals and kids from East L.A. to yakuza and the biggest musicians of the day—the Atomic Café became an important part of L.A.’s punk rock history.

Amidst the COVID-19 pandemic, a Chamoru cultural foundation attempts to continue its mission by having members create a new chant together, while they all remain in isolation.

Long ago, four extraordinary beings of dual male and female spirit brought the healing arts from Tahiti to Hawaii and imbued their powers in four giant boulders. The stones still stand on Waikiki Beach, but the true story behind them has been hidden—until now.

A powerful dance performance at an Alabama plantation has been repurposed for reconciliation and art.

A fiercely independent Latina is determined to celebrate the 4th of July with a bang.

Struck by tragedy, a couple has their anniversary party, when an unusual guest arrives.

A personal story of grief and a message to all to cherish every moment while we can.

Twelve-year-old Mildred must lead her family through the hardships of Depression-era America. Can a girl so young meet the challenges that lay ahead?

From hugs to high fives, this sculptor fabricates physical contact during quarantine.

You and the Thing That You Love

A decade ago, Nick Mullins was one of the most promising skateboarders to come from the Midwest. Then, overnight, it all changed. This is a story of pain, grit, fight, uncertainty, fear, desperation, and most importantly—love.

As of 2019, the San Antonio Metro Region in Texas leads the U.S. in poverty, with one in four children experiencing hunger. This cinéma verité-style short doc follows a group of unlikely underserved teenagers on a hunt to harvest wildlife for their families.

This animated short film depicts four stories that speak to the complex equation of each immigrant’s journey. Purposely ambiguous in place and time, each story builds upon the other—like battle raps of struggle—a fight to be born, to survive, to find a place and to go on in the face of immeasurable loss. Not everything adds up evenly or neatly, and that’s the point. We have an immense ability to feel compassion—if we just stop to hear what brings people from A to B.

Sunny, a young Asian American woman with anger management issues, returns home to the San Gabriel Valley seeking respite from her recent career failures—but a simple grocery shopping trip with her mother may prove more than she can handle. In this charming short, Jessica dela Merced shines as both the star and the director. What could be a mundane trip to the store turns into a thoughtful exploration into complex family dynamics.

Story of Your Life

What would you do if you only had 15 minutes left on Earth to live? (And if the filmmaker wasn’t allowed to leave her house?)

This surreal film follows a woman as she unravels the mystery of what happened to her.

A local chef helps during the pandemic and discusses his history and goals at the Franciscan Center in Baltimore City.

A long-haul trucker builds community and a new life on YouTube as @MsDivaTrucker43.

The film catches up with young Black men who were part of the 2015 New York Times digital short film “A Conversation about Growing Up Black.” These young men reflect on who they are now and how their perspectives on race, justice, and social inequity and inequality have changed.

The film is a love letter to Black daughters—acknowledging the sacred and, at times, tense relationship mothers and daughters share as they face challenges and accept each other’s flaws.

After her son, Dontre Hamilton, is shot 14 times and killed by a Milwaukee police officer in a popular downtown park, Maria rallies grieving mothers from across the country to join her in a cross-country trip to demand justice on behalf of their sons.

Christina Dawn Tahhahwah of the Comanche Nation suffered from mental illness and died in an Oklahoma jail. Brittany Weide, who was bipolar and suffered from addiction, after being incarcerated for sleeping outside and carrying illegal drugs, committed suicide in her cell. Like many states, Oklahoma has no mechanisms in place for handling or treating incarcerated people with mental illness. This investigative short looks at how advocacy organizations like the Mental Health Association of Oklahoma are trying to change the way these counties handle urgent mental health situations.

Oklahoma is one of 26 states with a “failure to protect” law, which prosecutes parents who fail to prevent child abuse. However, the ACLU and other groups say this law disproportionately criminalizes women, who are often victims of domestic abuse themselves. Hear the story of Clorinda Archuleta, a mother of twin boys, both of whom suffered severe injuries as infants. Clorinda and her ex-boyfriend pled guilty, but Clorinda received three consecutive life sentences under the Oklahoma law, while her partner was sentenced to 25 years. As Clorinda seeks commutation, the film shows how the law has contributed to a cycle of family separation and trauma.

This is a short-form documentary about Mike, an outreach worker with the Washington Heights Corner Project. There, he volunteers to distribute clean supplies to prevent overdoses. Mike received the nickname Highway Mike after panhandling along various highways in New York City while dealing with a drug addiction and homelessness. He now uses the knowledge that he gained to help others in need.

Explore the untold story of how Indigenous women influenced the early suffragists in their fight for freedom and equality. Mohawk Clan Mother Louise Herne and Professor Sally Roesch Wagner shake the foundation of the established history of the women’s rights movement in the US, joining forces to shed light on the hidden history of the influence of Haudenosaunee Women on the women’s rights movement.