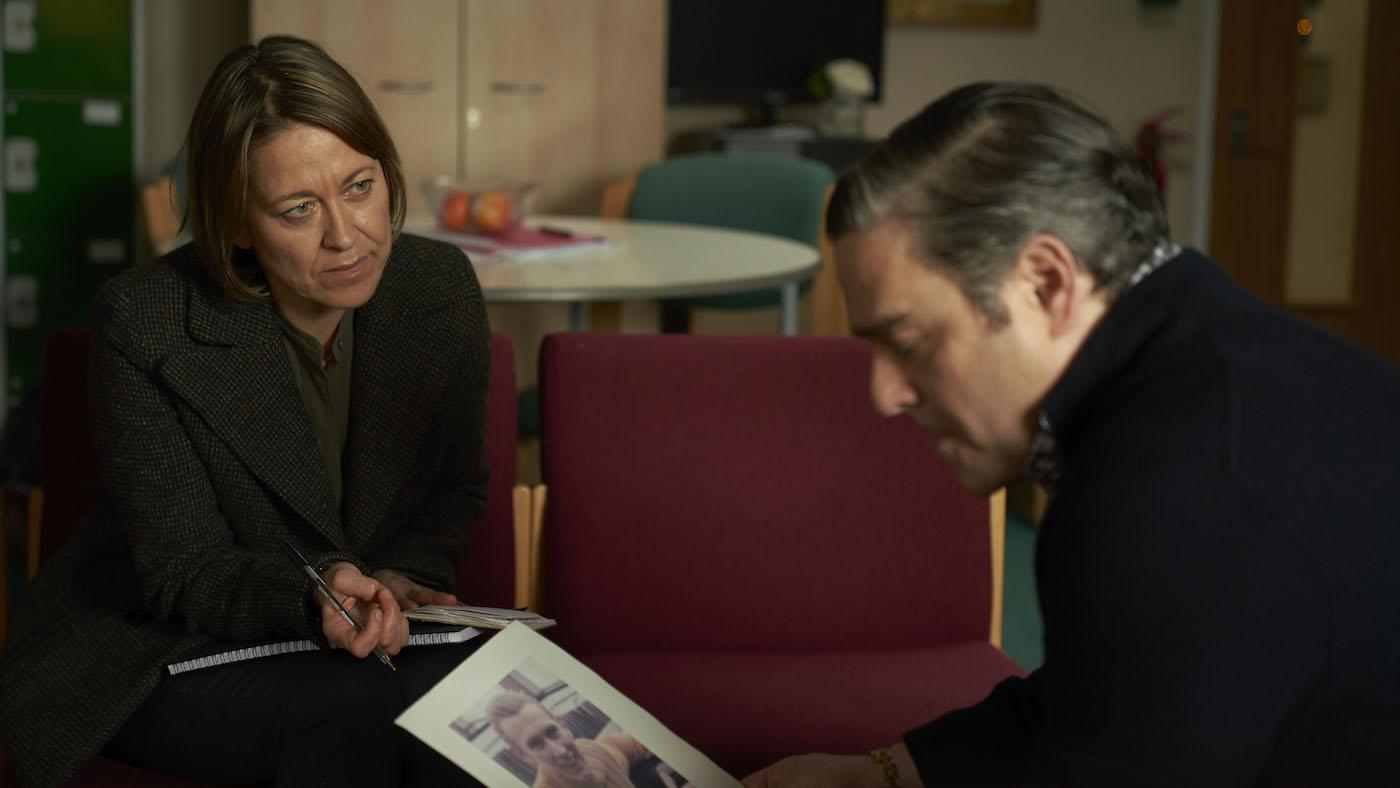 Cassie finds Dean Barton to be a kind and easy interview, although she's not sure if his charitable work is swaying her opinion. Photo: Mainstreet Pictures LTD

Since his cause of death is still unknown, there is not yet evidence that Matthew Walsh was murdered—although finding his headless, handless body in a freezer seems fairly conclusive. Despite ample cause to believe that Robert Fogerty is the murderer, given that Walsh’s body was traced to Fogerty’s home, Cassie has an instinct that four newly qualified policemen were involved—they were riding with Fogerty when he got a drunk driving charge the night Walsh disappeared. Sunny normally trusts her gut, but knows she is angry with the police—she recognizes that, too—and urges caution.

Based on the four’s reaction to the news that Walsh’s body has been found, Cassie may be on to something. Fiona Grayson is in the midst of buying a place with her husband Geoff, but tries to stop the deposit from going through at the last minute. It’s too late, so she turns to Geoff’s lawyer brother, asking if he can change her last name to Geoff’s on the documents. She’s afraid a criminal conviction from her past, which she says she can’t talk about, might derail the purchase. Mark says he could lose his license for that—what will Fiona do in return?

When Sunny interviews Fiona about Fogerty and the night of Walsh’s disappearance, she’s nervous and doesn’t want to talk. She vaguely recalls only Fogerty and Ram of the group. She doesn’t remember the night, though: she became an alcoholic while training to be a policewoman. Her father and grandfather were both policemen, so she tried to please her father by following in their footsteps, and drank to deal with it. Only after her father died was she able to quit the force and begin dealing with her drinking problem—but much of that time is hazy. Geoff doesn’t even know she was once a cop.

Liz Baildon is very visibly still a police officer—she’s about to become the chief constable of East Anglia, although the news isn’t yet official. When Cassie interviews her at her mother’s house, she claims no memory of Walsh, Fogerty, or any of the others except for Ram. Only when Cassie brings up Fogerty’s arrest for drunk driving does Liz recall the night—she took care of Fogerty’s car after the arrest.

“You’re good,” she compliments Cassie as the conversation concludes. But so is Eugenia, the caretaker of Liz’s mother. Having eavesdropped on the interview, she decisively tells Liz that they will speak about increased wages Friday, despite Liz’s continual delays.

And Liz seems to have reason to worry. When Fiona approaches her on the street asking to talk, Liz snaps, “Are you insane?” She instructs Fiona to meet her in a park the next day—wear a hoodie and pay for the train in cash.

Cassie seems to get more candor from Dean Barton, although he does quickly leave his office when he spots her. He has a fundraising gala he and his wife organized for his developmentally disabled son to clean up. When Cassie finally catches up with him, He says he remembers Fogerty and that night but has no recollection of Walsh. He left the police force soon after, not liking to take orders or working well on a team, and didn’t keep in touch with anyone.

Dean is lovely, Cassie tells Sunny, who has had the opposite experience with Ram. At first friendly because Sunny is a fellow South Asian policeman, Ram sends Sunny away as soon as he realizes why Sunny is there. “Maybe you’re just one of their coconuts,” he says to Sunny, before telling him that whoever sent him won’t have any luck. He then goes to a payphone, calls someone, and says, “We need to meet.”

Ram has a whole file of misconduct issues—allegations of drugs, prostitutes, and fabricating evidence—but he has fought all of them and had them dismissed as racially motivated. He even resorts to sub rosa methods to do so, as when he waits outside the flat of Lucy Myers, who has accused him of sexually harassing her, and offers her money then records her calling him a racial slur. He then approaches his boss—off the record—and plays the recording, noting that he recently arrested her cousin for drug trafficking.

He carries such confidence into his personal life as well, telling Anna that he wants to keep their child even though there is a chance the baby has Down syndrome, although in the end it is her choice, and she isn’t sure she wants to go through with the pregnancy.

Interfamilial dynamics are complicated, as evidenced by Cassie’s family. She suspects her dad’s girlfriend Jenny is manipulating him to get a share of his money. But when her son has a beer with his grandfather, he explains that Jenny has nothing financially, and including her in his will felt like recompense for the care she will give him as he descends into dementia. Cassie’s son, who would have been the beneficiary of the money otherwise, completely understands.

Meanwhile, a witness from the night of Walsh’s disappearance has been found who can confirm that Walsh was being chased. (The initial missing person investigation 30 years ago was less than thorough, perhaps because there was a warrant out on Walsh and it was assumed that he was in hiding or something like that.) The witness saw two men, one South Asian and the other unusually tall, chase after Walsh. One even called out his name.

Furthermore, the rest of Walsh’s body has been found. A key in Fogerty’s possession was labeled with the initials of a nearby storage facility. Inside his storage unit, behind lots of furniture and underneath a rug, there is a small freezer whose plug has been knocked out. It’s reddish brown around the edges. Inside are Walsh’s head and hands. 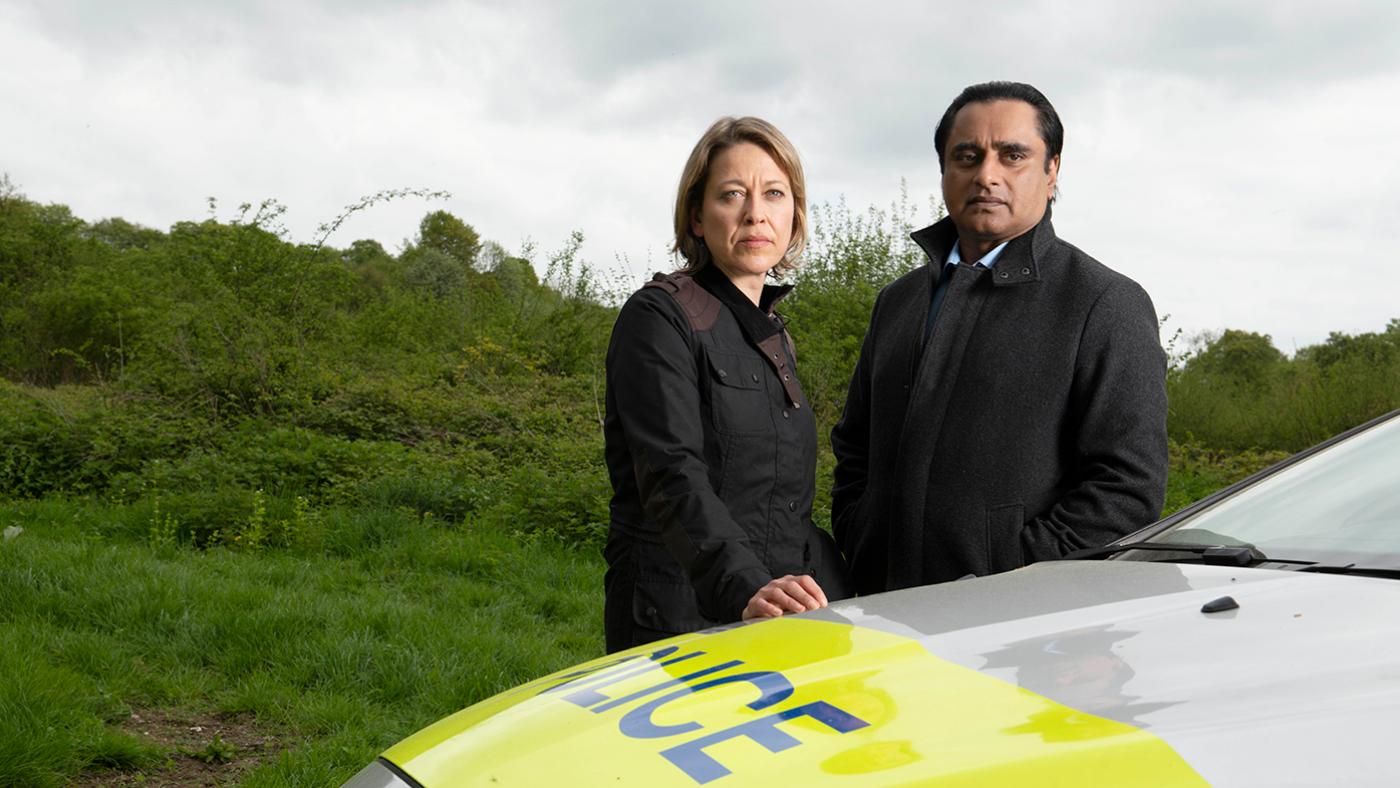 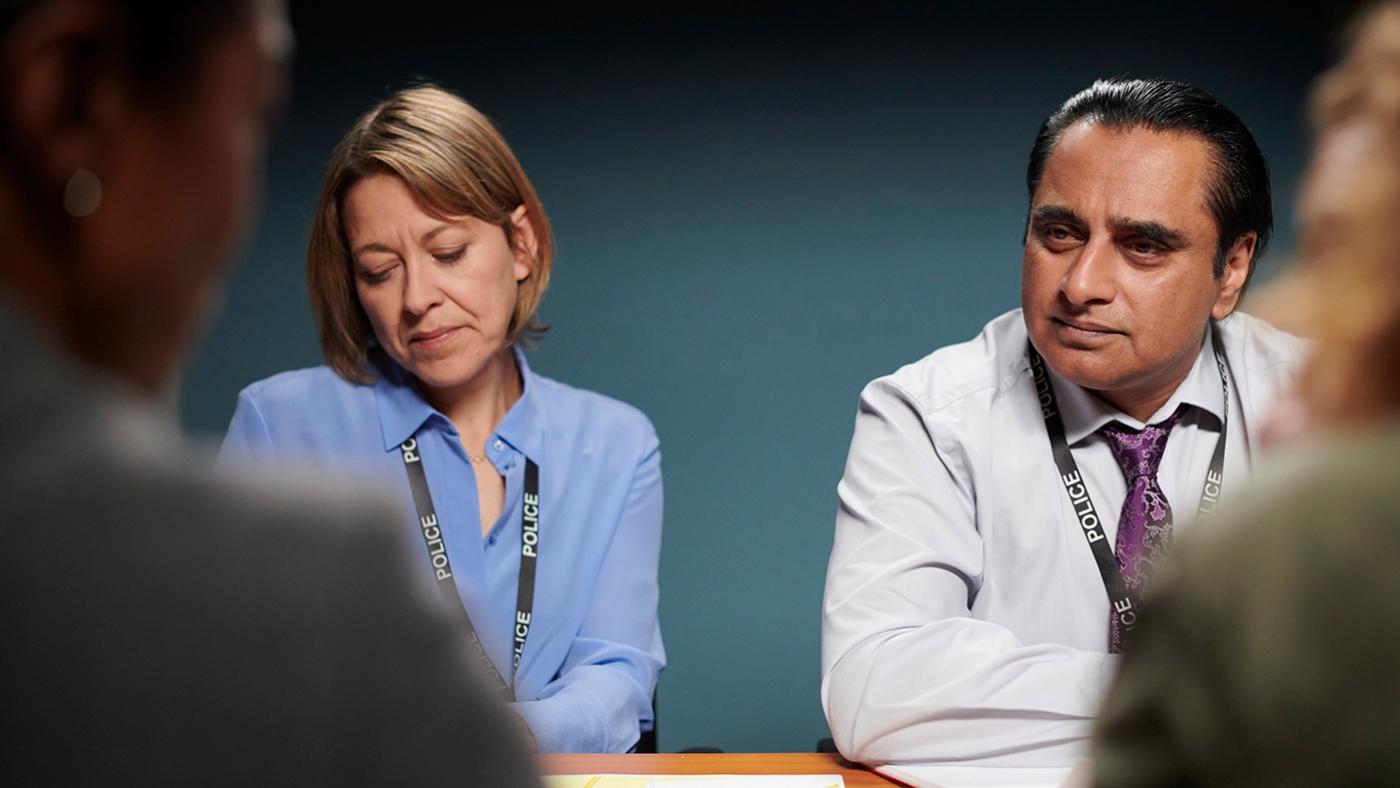 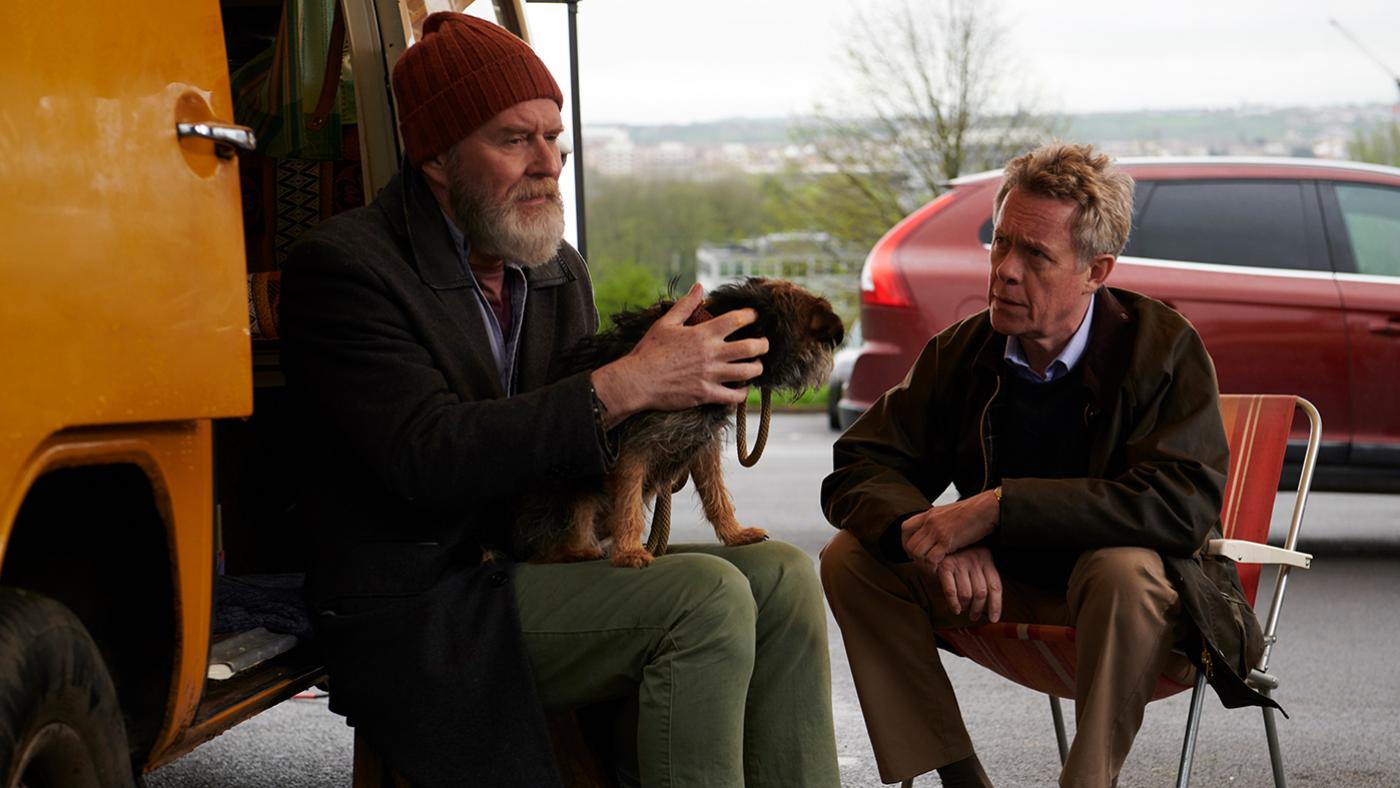 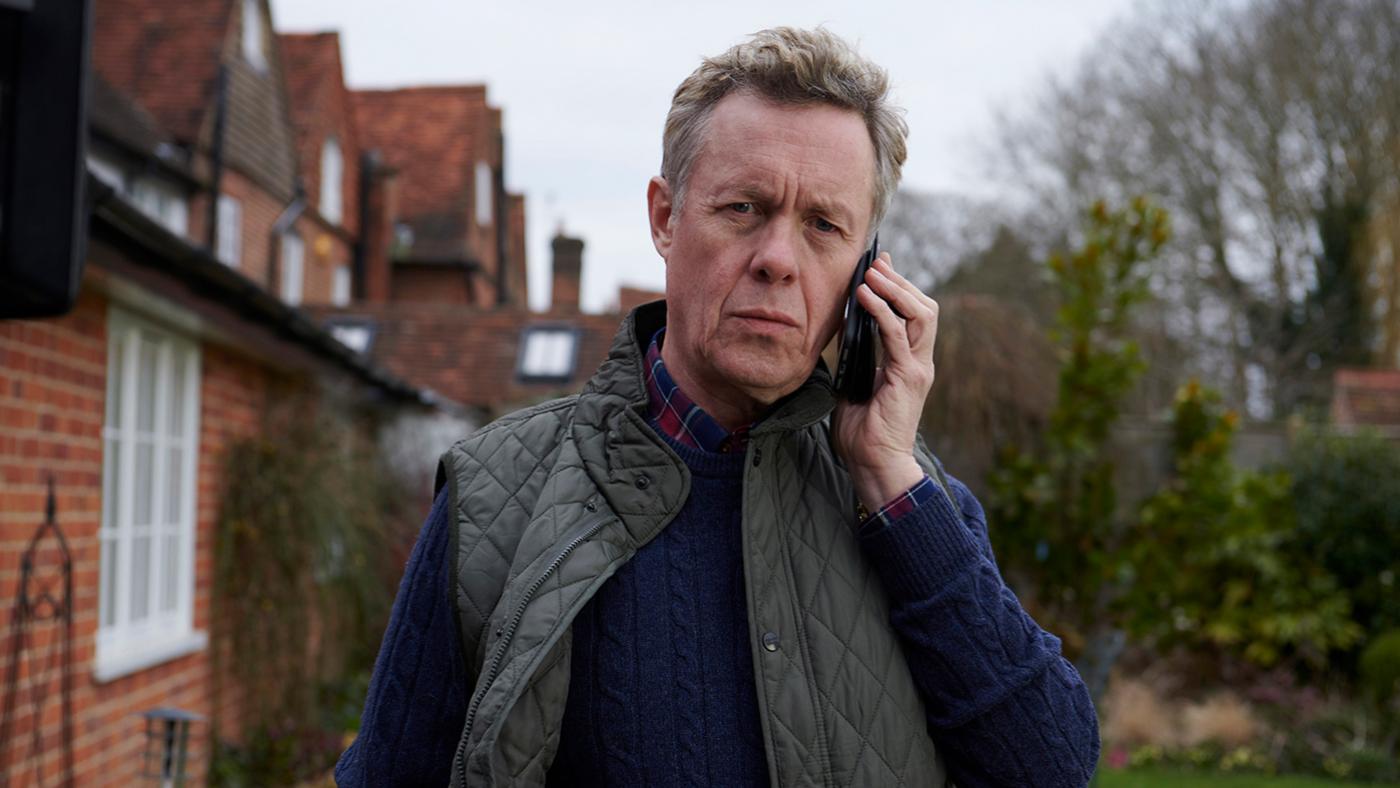 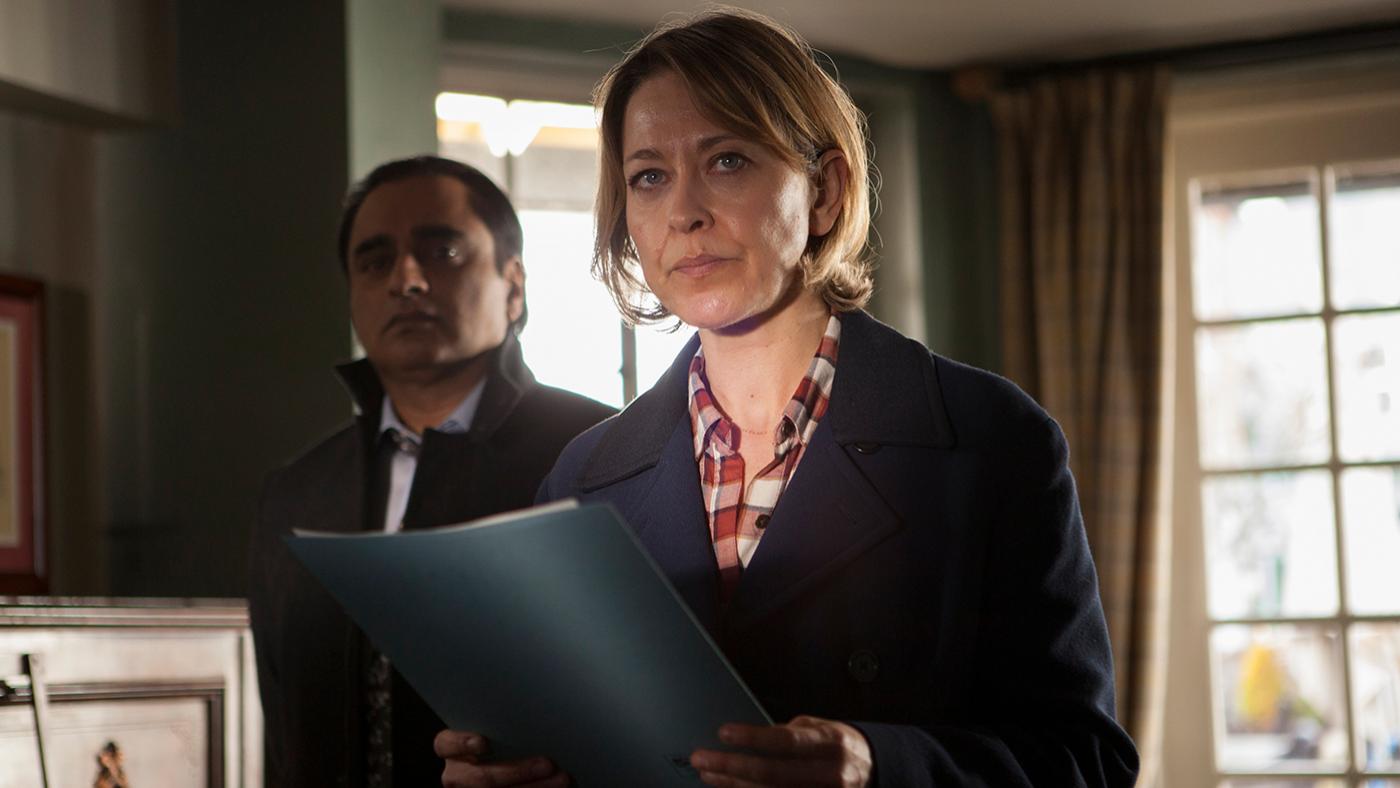 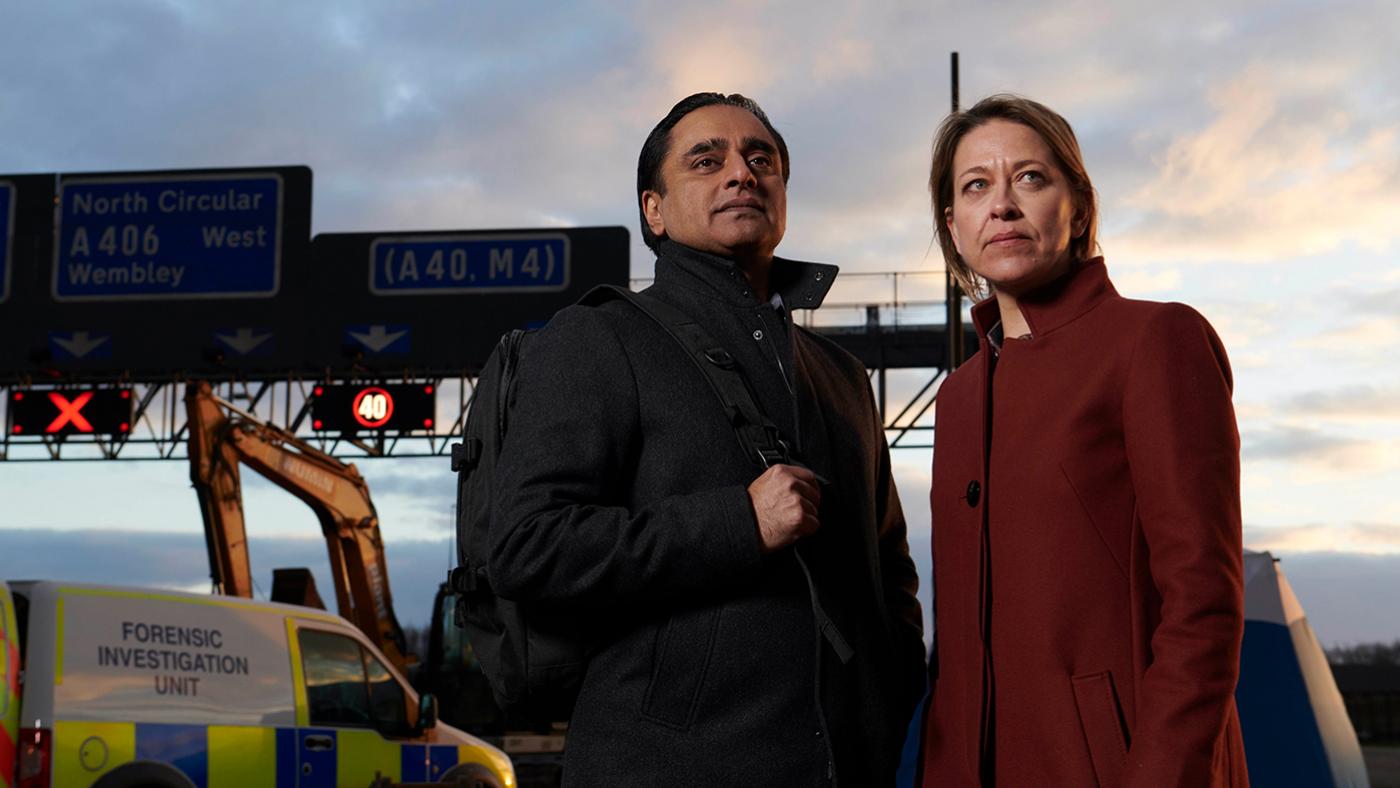