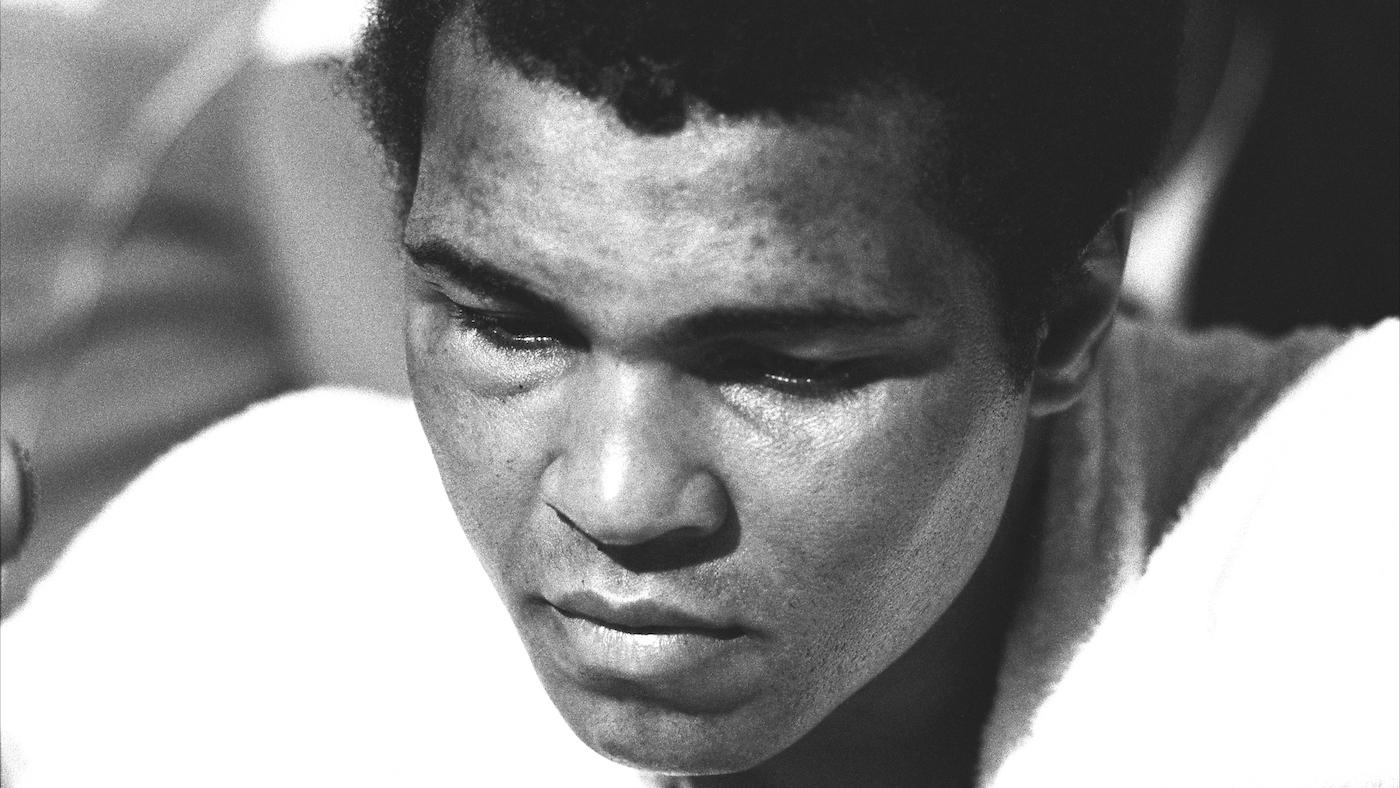 In his next documentary, Ken Burns knocks out “the greatest of all time” with a four-part series on Muhammad Ali. Written and co-directed by Sarah Burns and David McMahon, the film takes on a subject both lauded and vilified in and out of the ring, for his heavyweight boxing championships, opposition to the Vietnam War, and involvement with the Nation of Islam.

Ali’s most recent biographer, the Chicagoan Jonathan Eig, served as a consulting producer on the documentary. (The biography is Ali: A Life.) We spoke to him about Ali, the boxer’s time in Chicago, and his significance today.

Why did you want to write a biography of Muhammad Ali?

Eig: I think he's one of the most important and fascinating figures of the twentieth century, certainly the second half of the 20th century. He captured so much of what made America fascinating in his lifetime. His story is about race, it's about religion, it's about protest, it's about rebellion, all of it in one guy.

Why is Chicago significant in Ali’s story?

Eig: Ali lived here for some of the most important years of his career. You could say that he had his racial awakening here, because it's when he begins to box as an amateur and travels to Chicago for the first time that he sees that the rest of America is different [than Louisville]. There is a little bit more mixing of the races in the North than there is in the South. He hears the preaching of Elijah Muhammad and reads [the Nation of Islam newspaper] Muhammad Speaks, and his eyes begin to open.

You also point to Chicago as the place where Ali reaches adulthood as well as national stardom. How does that happen?

Eig: He says he lost his virginity in Chicago, so that's a big deal. But it's also a place where he started to get national attention. He loved those two things a lot: sex and media attention. But to be serious about it, Chicago was really where he began to find a national stage and to realize that he could be special.

He’s still in high school [when he first comes to Chicago for the Golden Gloves tournament], and he’s cocky, but he doesn't know yet whether he's special as a boxer. And there's reason to believe that he's not. A lot of people are skeptical: he's too small to be a heavyweight, he doesn't really have great technique. He’s seeing whether he can compete on that national level. When you combine that awakening with the discovery of the Nation of Islam and this record that he brings home called “A White Man’s Heaven Is a Black Man’s Hell,” he begins to think differently about what it means to be a Black man in America and to become a little bit more cynical about that. Those are two of the most important moments in his life.

Ali’s career not only took off in Chicago; it also ran into a roadblock here.

Eig: After he refused to fight in Vietnam, every town and city in the country was putting out a statement saying, “We don’t want Ali to fight here.” He was planning to fight Ernie Terrell in Chicago, and that got canceled because Illinois didn’t want to offer even a tacit acknowledgment that he was a legitimate heavyweight champion.

Why is it a good time to revisit the story of Ali with this documentary?

Eig: First of all: he was probably the greatest athlete of the twentieth century. Enough time has gone by that we can evaluate not only his career as a boxer, but to look at what he meant to the country. We're still fighting so many of the battles that Ali fought over our prejudices when it comes to race and religion. Ali took a stand against those things when it was really unpopular; he risked his entire career to do so. The fact that those issues are still so vital today and that he was fighting way out in front of the curve on those things makes his story really relevant and even stronger today.

You end your biography with a story about Ali quietly helping someone during Martin Luther King, Jr.’s campaign for fair housing in Chicago. Why did you choose that as a postscript?

Eig: Stories like that are everywhere. I can't go to a party or sit on a plane next to somebody without hearing stories about their encounters with Ali. It seems like everybody has a story of meeting Ali somewhere and him doing these magical things. When he saw somebody with a flat tire on the side of the road, he would stop and suddenly there'd be two hundred people helping to change the tire because Ali was there. I talked to somebody not long ago who said they were in a restaurant and their sister had just had this massive operation and was wrapped in bandages. Ali spotted this little girl and came over and sat at the table with her and paid all of this attention to her because she was obviously having a rough time.

Ali was unbelievably gracious and eager to give of himself. He was so generous with his time and money. He just genuinely loved people and needed to feel their energy. That's a really important part of understanding Ali: that he could be incredibly selfish at times, but he always gave more than he took.

The reason I wanted to end the story with that is that Ali's life can be very dark at times. He wrecked three marriages. He didn't pay as much attention to his children as he would have liked to. He boxed too long and underwent this significant brain trauma that left him in terrible shape. I wanted to leave the reader with one last little bit of magic. 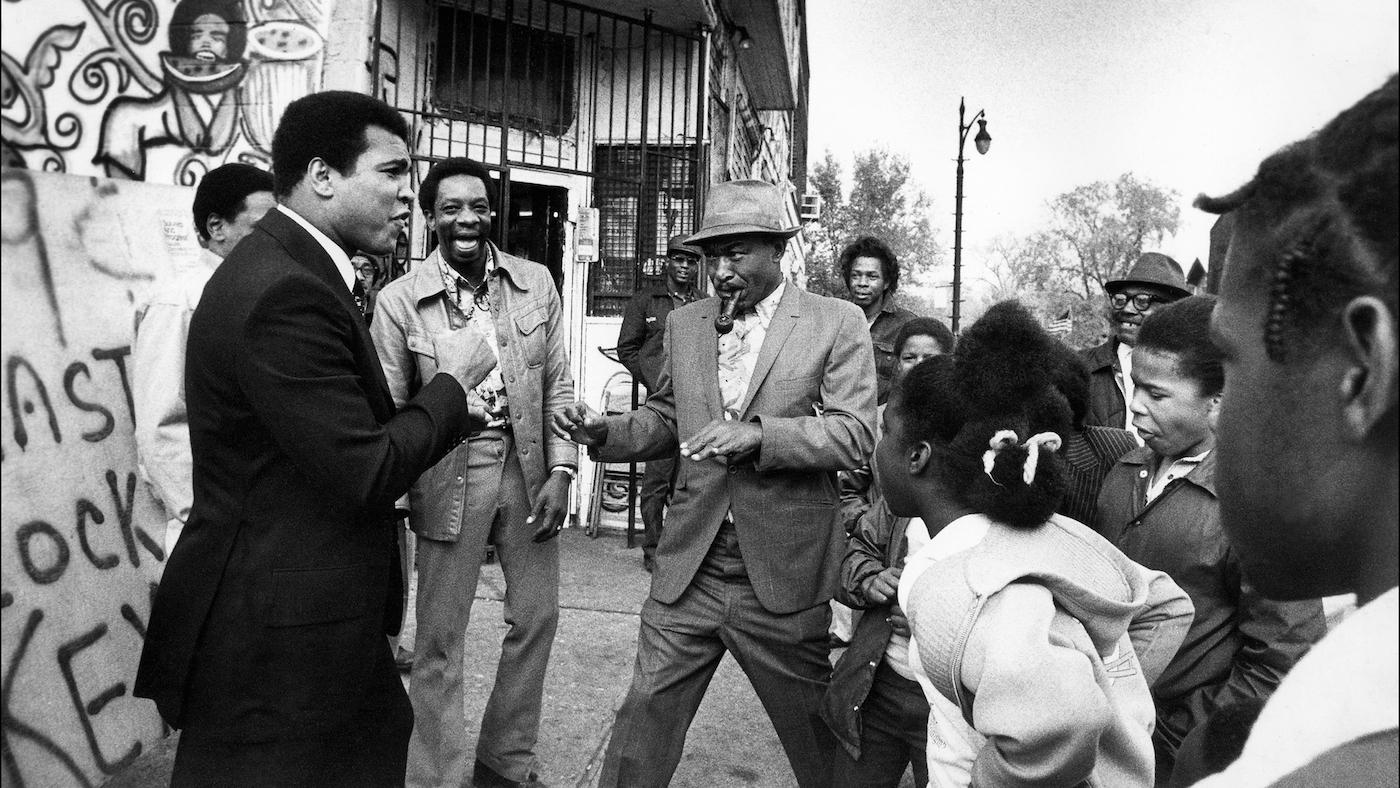