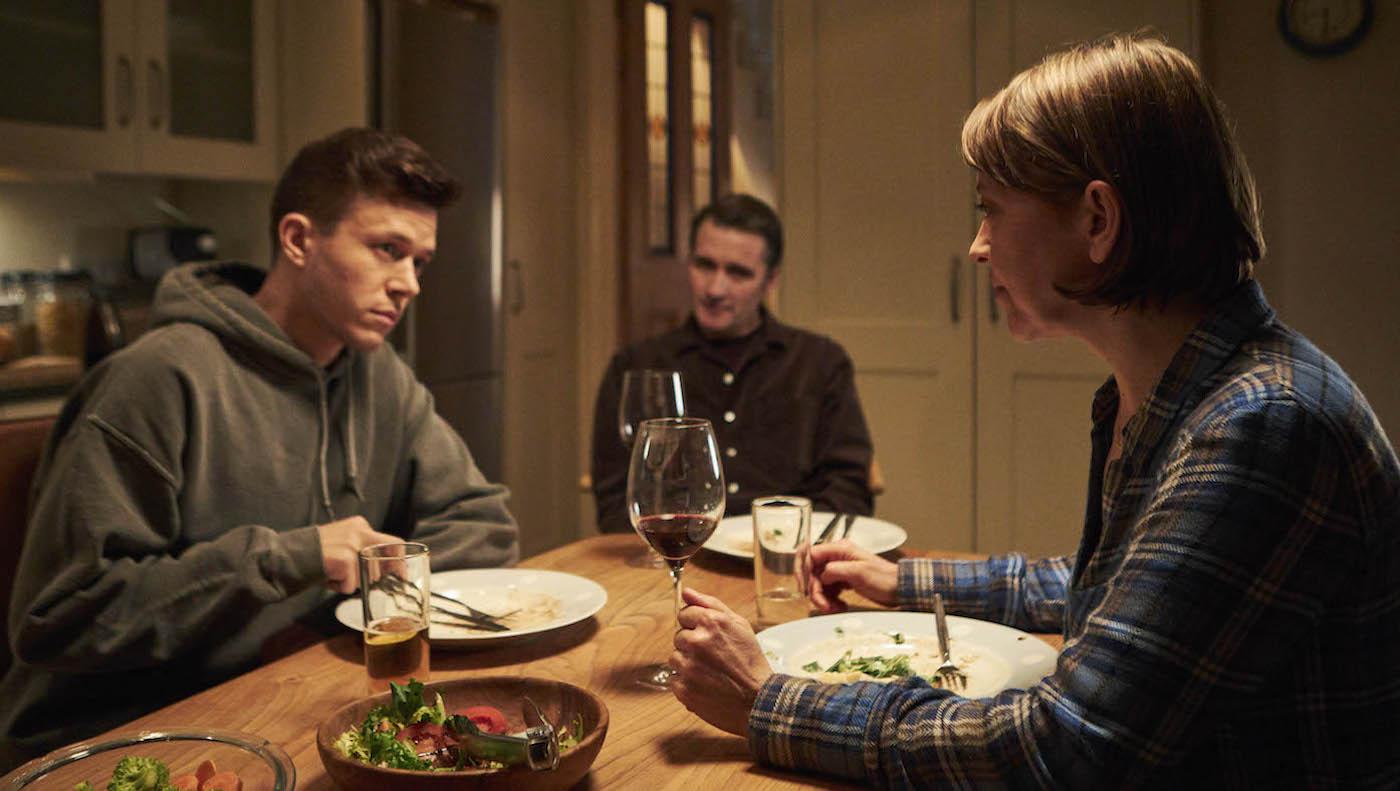 Cassie finally begins taking the warnings and advice of her loved ones to heart. Photo: Mainstreet Pictures LTD

Cassie is angrier than ever, so much so that her father’s girlfriend Jenny won’t let her in when she tries to see him. He intervenes and tells her to go home—it’s hard enough losing his mind without also losing his daughter, who has turned into an ass. Cassie’s partner John tells her he thinks she’s angry about losing her father, not about his will. He also reminds her that they don’t need her pension money—but she wants to see Matthew Walsh’s case through.

Ram believes the case could hurt him. He tells his wife Anna that he might go to jail because of the Walsh case, despite having nothing to do with it. But the police might use this as an excuse to get rid of him.

Ram is certainly memorable—the landlady of the pub where Matthew Walsh had an altercation shortly before he disappeared recalls him and the incident with Walsh. Walsh sexually assaulted a woman who often drank too much—Fiona, who was with Liz—in the alley, then Ram intervened and got beat up.

That’s not the only new information about Walsh. After an appeal for information is posted near the allotment where Walsh probably died, a man comes forward and says he saw two people carrying something in a tarp from the allotment to a car trunk the night Walsh disappeared, and a woman and man arguing. He jokingly asked if they had a body.

Perhaps this is the mistake Liz made that her mother’s caretaker Eugenia heard from her mother and is using to blackmail her. Liz finally gives Eugenia a raise, plus extra money, apologizing for withholding it. Eugenia also apologizes, and tells Liz that she doesn’t think she is a bad person and that she deserves better.

Liz goes upstairs and asks her mother how long she’s known the secret she told her father. Her mother says he mentioned it just before he died, in the midst of his babbling. Such a transgression makes Liz more interesting than the proper self she presents. Liz replies that she could never live like her mother, selfishly refusing to care for anyone. I demand respect, or I promise I will shut you up one night with a pillow, Liz tells her mother.

Liz does seem to have endangered her career for a friend. She was working at the police station the night Fiona’s blood samples, which might have revealed she was driving drunk, disappeared—Liz even volunteered for overtime then.

Liz withdraws her candidacy for chief constable and apologizes to her superior if she has embarrassed him, just before the police arrive to speak to her again about Walsh. In her interview with Cassie and Sunny, she dismisses their evidence but is caught in a lie about not having seen Fiona since training. She claims confusion, and admits they had an off-and-on relationship but denies being involved with the loss of the blood samples or disappearance of Walsh.

Fiona is less willing to hide the past. When her partner Geoff asks how she became a therapist with her conviction for dangerous driving, she admits that her license is fake. She does have a PhD, but was afraid of being rejected by the regulatory agency. Geoff is appalled that they are opening a business with a loan predicated on a job Fiona can’t legally do.

Dean also finally opens up to his wife about his past. The smuggling from France was a one-off repaying of a debt. He doesn’t know anything about his family, but he doesn’t want them in his life; he hated them and the values they instilled. Don’t make me go back there, he cries.

Cassie and Sunny find out more from Dean’s mother. They have discovered that Dean changed his name, and that his father and two of three brothers have extensive criminal records. (The detectives also have phone data showing that Dean and Ram met recently.) Dean’s mother tells the detectives that she hasn’t seen Dean for thirty years. After his father found out that he had applied to join the police, he and his sons beat Dean up. There hasn’t been contact since. Is he happy? she asks Cassie and Sunny. Where does he live? She is dying, so they share the answer against their instincts.

Dean’s mother shows up at his house and tells him she loves him, and is sorry. She is not expecting anything in return.

Ram is seeking such closure with his own father. Look at me, just once, he pleads as his father ignores him. Maybe then I could stop all this shit.

Fiona had her own issues with her father, she tells her and Geoff’s children as she comes clean about her past. She learned from his diary that he didn’t want to be a police officer either; in her case, she was so depressed she tried to commit suicide twice. As she explains, the police arrive. You’ve found the body, haven’t you, she asks.

She reveals everything to Cassie and Sunny. A fountain pen has been identified as the object that stabbed Walsh, but Fiona insists it was an accident—Walsh tripped. That’s what Ram told them all. While driving home from a party, Ram saw Walsh and recognized him from the pub. He wanted to search Walsh to scare him, and yelled at him then chased him along with Fogerty when he fled. Dean eventually followed to stop them from doing anything stupid. Fiona and Liz finally set off too, splitting up. Fiona found Rob standing over Ram while he did CPR on Walsh, but it was too late. Ram said they shouldn’t call an ambulance since Walsh was already dead, and suggested taking the body and having Fogerty dispose of it. Everyone thought he had. Fogerty drank whiskey from Ram’s flask to steady his nerves; that’s why he was over the legal limit.

If everyone hadn’t thought it was an accident, they wouldn’t have covered it up, Fiona says, distraught.

If it was murder, the pen found in Walsh’s skull may have a serial number on it, which could show who bought it.

Cassie calls her father again—he hasn’t been picking up—asking to speak in person. John has convinced her to reconcile. As she drives home, exhausted, she continually checks her phone for a message from her father. She drives into an intersection and a car smashes into the driver’s side.