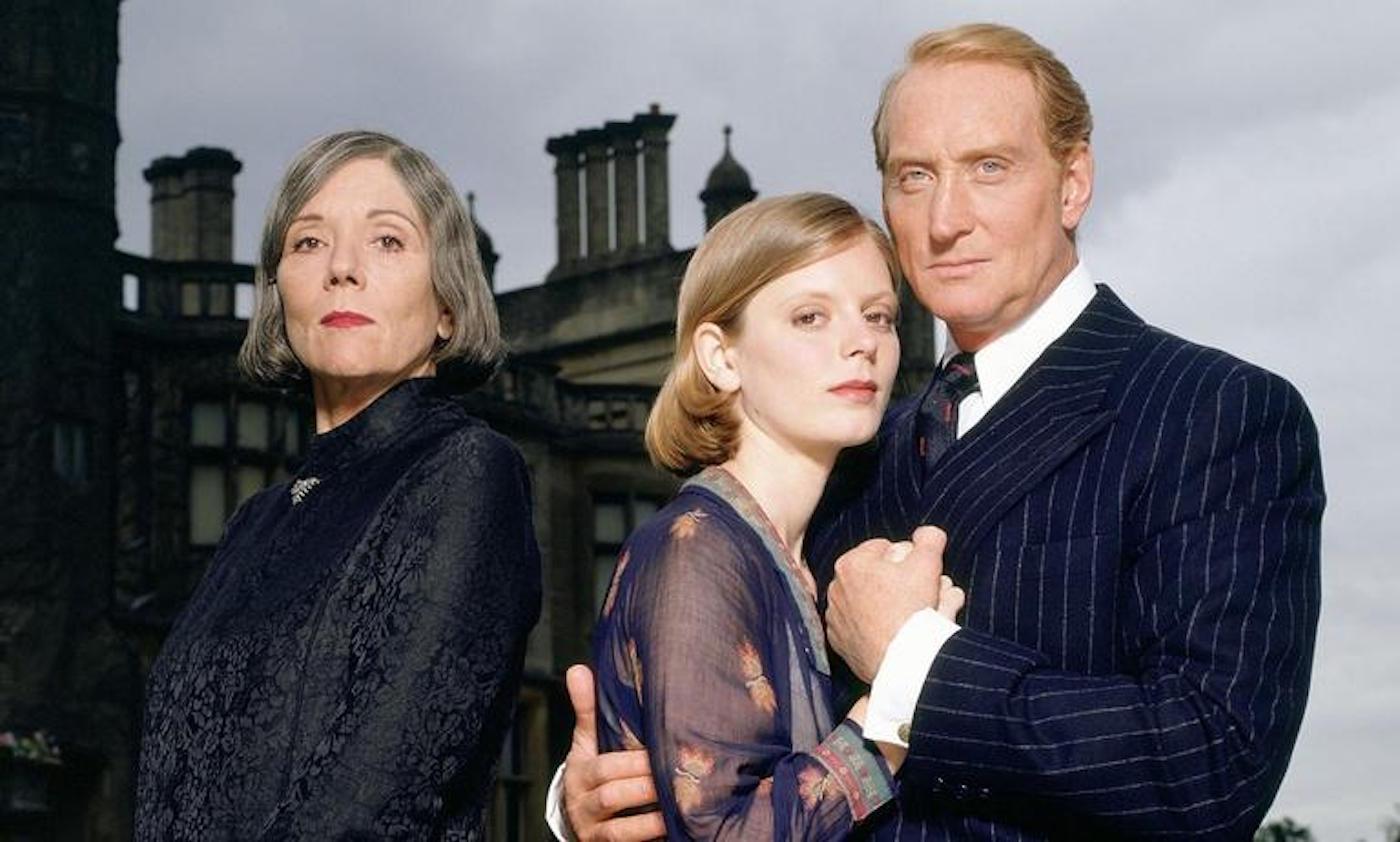 Diana Rigg, Emilia Fox, and Charles Dance in the 1997 'Masterpiece' version of 'Rebecca'

As you may have heard, public television’s storied Masterpiece series is celebrating a huge milestone this year: 50 years on the air, making it by far the longest-running television drama series ever.

From the moment Masterpiece Theater’s distinctive theme music—Jean-Joseph Mouret’s Rondeau—hit the airwaves on January 10, 1971, and urbane British host Alistair Cooke teed up the very first series, The First Churchills, from his antique armchair, American audiences have been hooked on this Sunday evening mainstay.

Over the past five decades, Masterpiece Theater diversified into Masterpiece Classic, Masterpiece Mystery!, Masterpiece Contemporary, and finally, just Masterpiece. But one thing that hasn’t changed is the dizzying array of topflight dramas, many of them based on novels. Chances are, if there’s a classic book or author that you love, Masterpiece has presented an adaptation of it – in some cases, more than one. Here are 12 notable ones, many of which WTTW Passport members can stream—find all the ways to watch here.

A 1967 BBC adaptation of this John Galsworthy novel series inspired the creation of Masterpiece Theater in the first place – it aired in America on National Educational Television, a predecessor to PBS, and was an immediate smash, proving that audiences had a craving for British drama on this side of the pond. In 2002, a new version premiered, starring Damian Lewis, Rupert Graves, and Gina McKee.

This controversial series set in the early Roman Empire and based on Robert Graves’ novel arrived on Masterpiece Theater in 1977 and featured Sir Derek Jacobi in the breakthrough title role of Emperor Claudius, who narrates the story as an elderly man. Also starring John Hurt as Caligula, the critically acclaimed series depicted shocking acts of sex and violence that audiences were unaccustomed to seeing on television at the time. 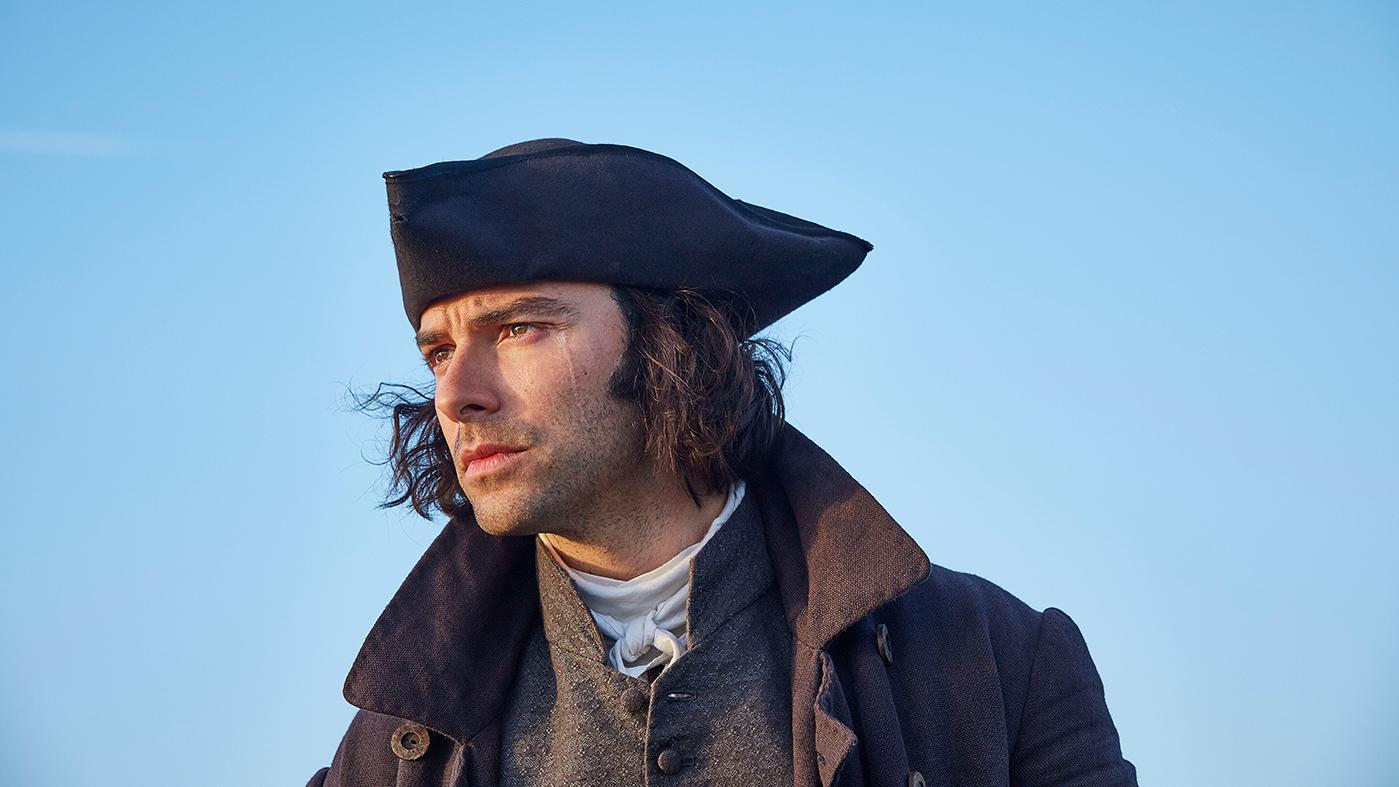 Aidan Turner as Ross Poldark in the 2015 remake. Photo: Mammoth Screen for BBC and MASTERPIECE

So nice it was produced twice, Poldark was based on a series of novels by Winston Graham. (Fun fact: only five of the eventual twelve novels had been published when the first Poldark series premiered in 1975; the final book came out in 2002, a year before Graham died). Hugely popular in its first incarnation, the series starred Robin Ellis in the title role of the swashbuckling Ross Poldark. Ellis later returned in a recurring cameo role in the equally successful 2015 remake, which featured Aidan Turner as Poldark.

Dame Daphne du Maurier’s classic suspense novel (which was one of America’s 100 favorite novels in The Great American Read) received the Masterpiece treatment in 1997, with Emilia Fox as the young and naïve second Mrs. de Winter, newly arrived at the Manderley estate; Charles Dance as her enigmatic new husband Maxim de Winter; and Dame Diana Rigg as the sinister housekeeper Mrs. Danvers, obsessed with the gorgeous and deceased first Mrs. de Winter…Rebecca.

Based on Sir Arthur Conan Doyle’s wildly popular series of detective novels, this very contemporary interpretation starred Benedict Cumberbatch as Sherlock Holmes and Martin Freeman as his sidekick, Dr. John Watson. Premiering in 2010 and set in modern-day London (except for one special that took them back to Doyle’s Victorian era setting), flatmates Holmes and Watson used 221B Baker Street as their base as they battled Holmes’s perennial nemesis Moriarty, played by Andrew Scott. 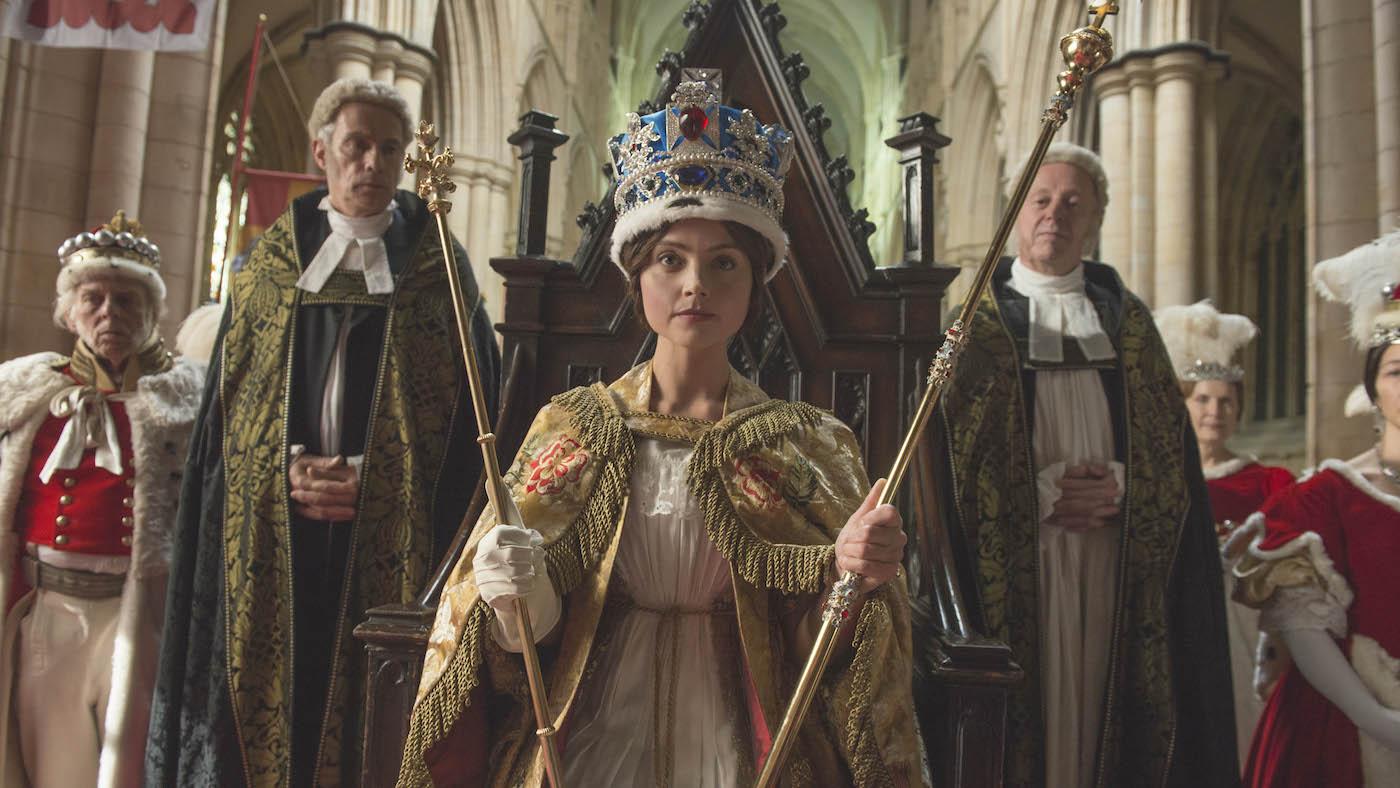 Jenna Coleman and Tom Hughes portrayed the young Queen Victoria and Prince Albert in Daisy Goodwin’s adaptation of her own novel. The three seasons of the series followed Victoria as she grew into her regal role (and gave birth to numerous children), eventually becoming a confident leader without the help of her beloved mentor Lord Melbourne (Rufus Sewell). Will there be a fourth season? One can only hope.

The Durrells in Corfu

Set in the 1930s, this delightful series follows the adventures of a British family who has relocated to the Greek island of Corfu. The series, based on a trio of semi-autobiographical books by Gerald Durrell, is based on his own family. Durrell relates tales of his own love of animals, his elder brother Larry who subsequently became a successful and prolific writer, and his colorful sister Margo, who came to love Greece so much that after the rest of the family decamped back to England, she stayed behind.

Jessie Burton’s bestselling novel of the same name became a suspenseful three-part miniseries set in Amsterdam in 1686 that starred Anya Taylor-Joy as the young Nella Oortman, who arrives at the home of her sight-unseen merchant husband Johannes Brandt (Alex Hassell) and his dour sister Marin (Romola Garai) to find that all is not as it seems…especially when Nella is gifted with an elaborate dollhouse that is uncannily accurate in predicting the future. 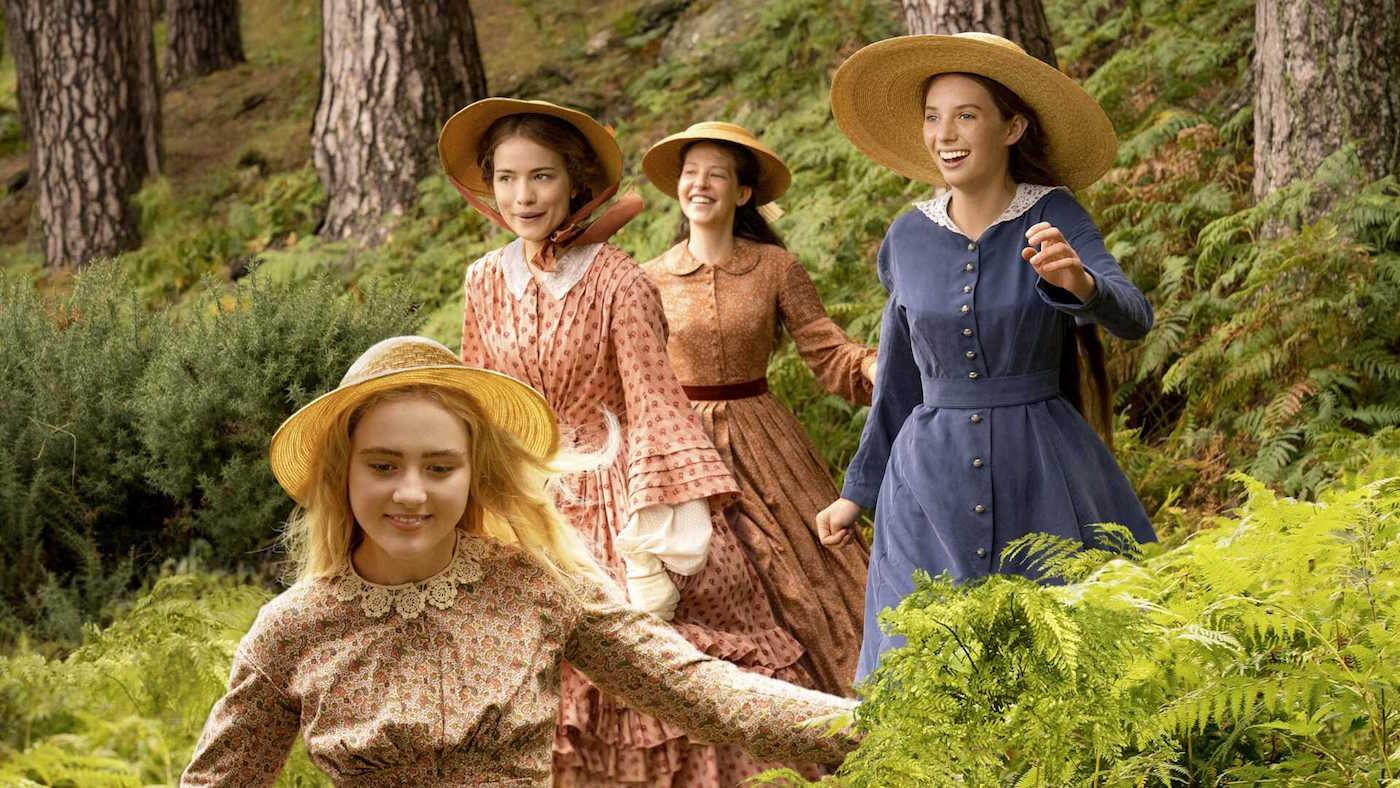 This timeless story of the four March sisters – Meg, Jo, Beth, and Amy – coming of age during and after the Civil War was based on the novel by Louisa May Alcott (another of America’s favorite novels in The Great American Read). Emily Watson starred as their selfless mother, “Marmee,” with an acerbic cameo appearance by Dame Angela Lansbury as the girls’ formidable Aunt March. The three-part series arrived on Masterpiece in 2018 – fittingly, on Mother’s Day.

The Woman in White

This spooky and evocative story, which has been adapted twice for Masterpiece, comes from Wilkie Collins’ 1859 book, one of the first examples of what was then called a “sensation novel” involving a mystery. The 2018 version of this Gothic mystery-romance-thriller stars Ben Hardy, Jessie Buckley, Olivia Vinall, and Dougray Scott. 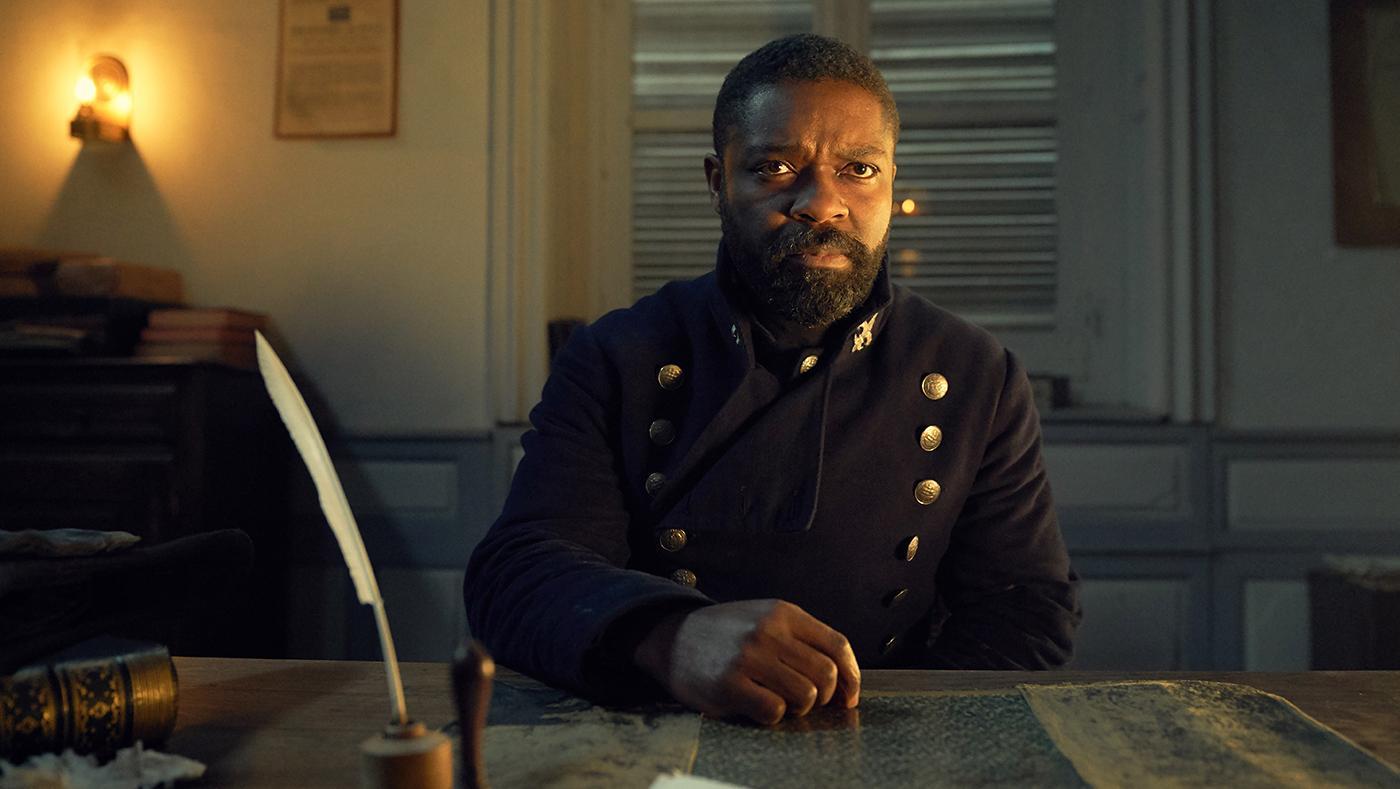 Victor Hugo’s 1862 novel, set in the first half of the 1800s, is an epic story of love, revenge, and redemption. It has been adapted numerous times (including, famously, as a musical), but this 2019 non-musical version starred Dominic West as ex-convict and subsequent philanthropist Jean Valjean; David Oyelowo as vengeful police chief Javert, always in pursuit of Valjean; and Lily Collins as the doomed single mother Fantine, later a prostitute. Decades after I, Claudius, Sir Derek Jacobi makes an appearance again as Bishop Myriel. Watch an all-day marathon of the series on Sunday, September 26.

Another series that boasted two Masterpiece incarnations is this heartwarming story set in the Yorkshire Dales in the 1930s, based on the charming memoirs of veterinarian James Herriott. The fondly remembered first series in 1978 was an unqualified hit (it ran off and on until 1990!), and its 2021 successor, starring newcomer Nicholas Ralph in the title role, is equally promising. A much-anticipated second season is in production now.