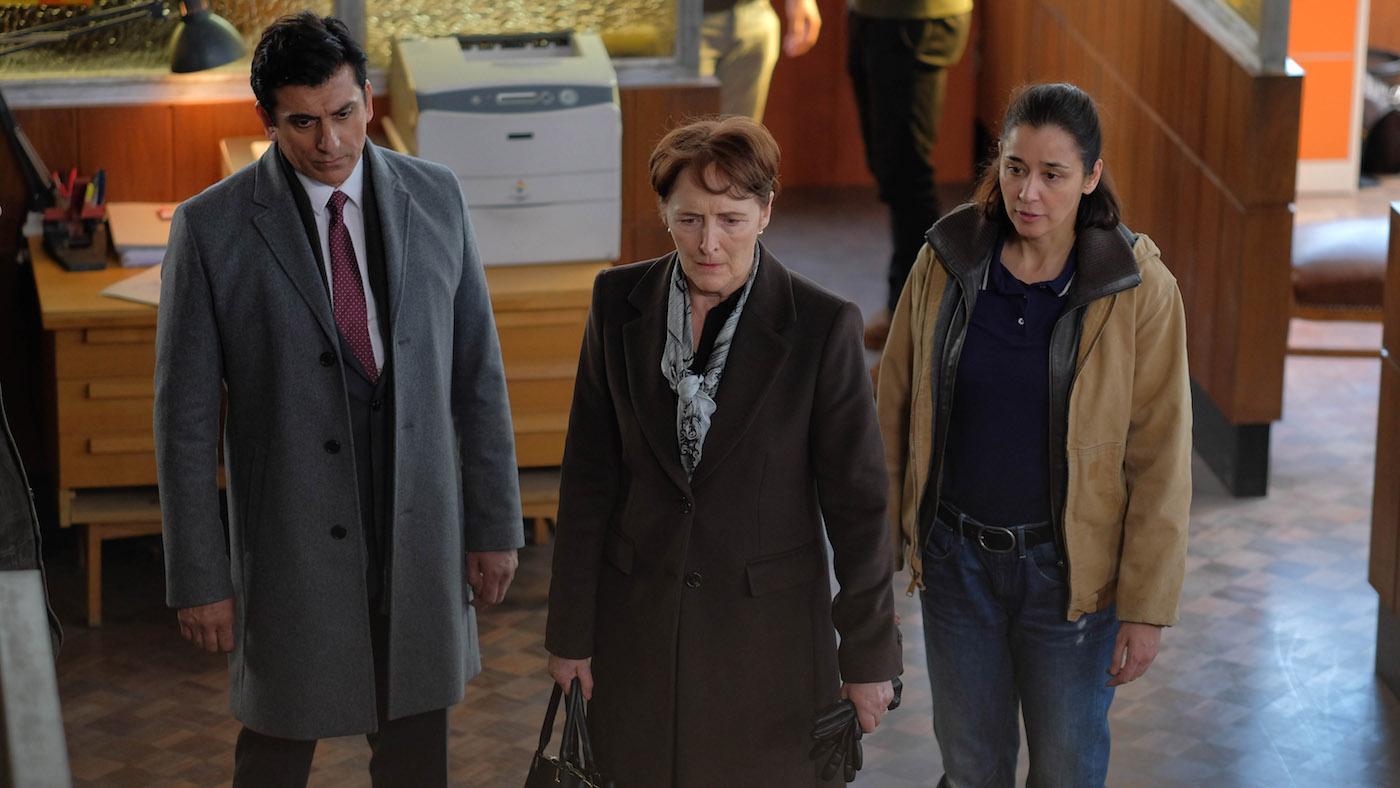 Emma begs Baptiste for help. The captured Andras Juszt doesn’t know where her son Will is, but he can try to find Will through his old contacts—yet he insists on Baptiste being involved. Why? Because Baptiste is a retired police officer and can let Andras go free when they’re finished—Andras doesn’t trust Emma to do the same. There’s a lack of trust all around.

Andras insists that he has changed—it’s why he brought flowers to the grave of Emma’s other son, Alex. He was just a follower in all of this; Gomorrah is to blame. He has cut ties with them, but he knows where the person who put Emma in her wheelchair lives.

So Baptiste takes the place of Toby, Emma’s late husband Richard’s nephew and a captain in the army, as Emma’s companion. Toby has too much to lose if he remains involved.

Others have already lost plenty. Take Zsofia, formerly high up in the Hungarian police, now a security guard at a shopping center. Emma and Baptiste enlist her help: they need her and any friends of hers to monitor Andras as he meets his former associate, lest he betray them or try to slip away. Emma will pay. Despite Zsofia’s qualms—Andras is a murderer and is connected to one of the worst atrocities committed on Hungarian soil, thanks to his association with Gomorrah—she finally accepts.

She sets up a radio system when Andras is sent in to a fancy house, but the signal cuts out once he’s inside. Zsofia’s friends have all the exits covered, so Emma asks them to wait for two minutes before they go in. Just as Zsofia is about to charge into the house, Andras emerges and walks back to Emma and Baptiste in their van, voluntarily presenting his wrists to be handcuffed again. His reintroduction to his former associates is just the first step in finding Will, he says. It will take time.

Fourteen months earlier, Baptiste was behind Andras’s initial capture. When Andras threatened him after Baptiste chased him through a train station, Baptiste took his wallet. The police raided Andras’s home and caught him with a vintage pistol—the same one that appeared in the cellphone video of Richard’s death.

Andras won’t talk, however, and his arrest leads to tragedy. Called to the police station, Emma ignores Baptiste’s warning not to watch a video they have received. It shows terrorists demanding the release of Andras, and then shooting and killing her son Alex.

Despite Emma’s pleas, Zsofia cannot release Andras—he most likely killed Richard, and the police don’t negotiate with terrorists. The language spoken in the video is Farsi; the police suspect it is an Islamist extremist group. Andras’s connection is unclear. He was raised by an elderly Muslim couple after his father killed his mother, and has lived a life of crime ever since their death when he was 15. But there are no known ties between him and extremist groups.

Zsofia is familiar with the immigrant neighborhood where Andras grew up: her Turkish father owns a store there. She wants him to move, as the neighborhood has become dangerous, but he refuses. He can handle himself, as when a group of nationalist thugs sends a young man, Balazs, to throw excrement through Zsofia’s father’s mail slot. He grabs Balazs’s arm as he sticks it through the slot, telling him to leave him alone.

Balazs’s friends later send him to throw a Molotov cocktail at the store, but Zsofia’s father stands his ground in front of it. Balazs hesitates, and the makeshift bomb burns his hand. Zsofia’s father then lets him into the store and treats the burn. I’ve lived here longer than you, he tells Balazs, who earlier told him to learn Hungarian. Such anti-immigrant behavior is stoked by people like Kamilla Agoston, whom Emma despises for her hypocrisy: Agoston is married to a Brit.

Emma is desperate. She goes to work at her embassy and demands to speak to the Prime Minister or chief of police so that Andras can be released, hopefully leading to the rescue of her last surviving son, Will. Her aide, Nadeem, tells her to go home. She shouldn’t work—this is exactly what she did after her daughter Laura died.

Instead she goes to speak to Andras, defying a police guard’s orders. Suddenly she is screaming, being held by Andras at knifepoint. He escapes; she explains that she got too close to him, he grabbed her and had a knife, and then made the guard open the cell door.

Baptiste meets with Emma. He knows she is responsible for letting Andras escape. He will not judge her, though: he knows what a parent will do for their child. The stress of a case he worked and the threat to his family led his daughter, Sara, to begin using drugs again. Baptiste and his wife found her on the floor of her home after he dallied in choosing a stuffed animal for his grandchild. Perhaps if they had not been late, they could have saved Sara. He now stops in to Narcotics Anonymous meetings, wondering if they could have helped Sara.

Emma admits that she received an anonymous message telling her how to help Andras escape, and did what she was told, on the slim chance that it would lead to Will’s release.

Baptiste also blames himself for the death of Emma’s son Alex, given that he led the police to Andras. But he has a lead. He has pored through Islamist extremist execution videos, and found that the one of Alex differs in a significant way: in most videos, the victim is made to speak, protecting the identities of the terrorists, and there is no text on screen. But in this one, Alex doesn’t say a word. Plus, the audio matches that of another video—exactly. Alex may still be dead, but the video is a fake.