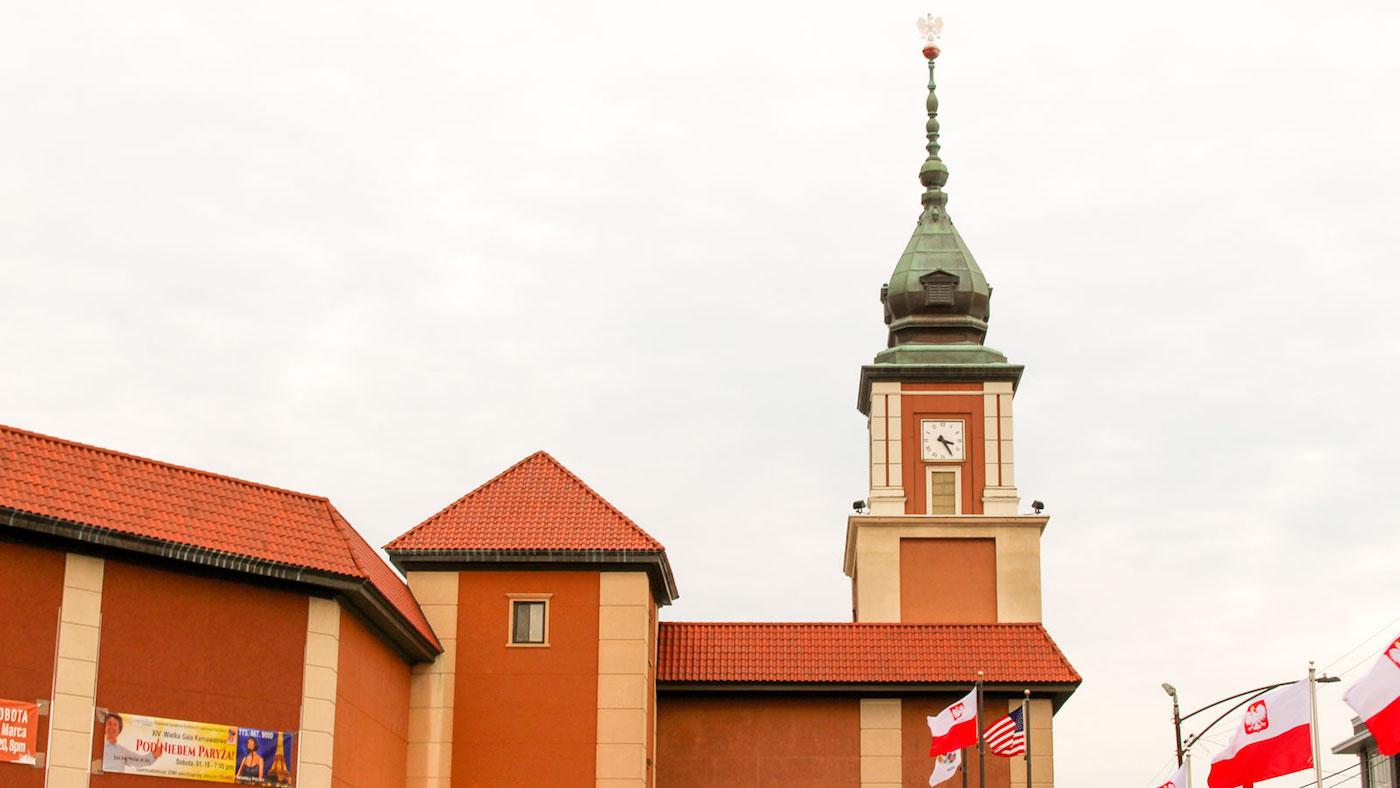 The Kennedy Expressway is a highway into the history and influence of Chicago’s large Polish community. As you drive south from O’Hare, you pass through Jefferson Park, a center of the community that retains Polish restaurants, bakeries, and delis, as well as a cultural hub. You’ll drive over two thoroughfares named for famous Poles—Pulaski Road and the “Rostenkowski Curve”—the latter unofficially and erroneously. That curve bends around a massive monument of Polish Chicago, a church that soars towards the sky. And you won’t be able to miss a sign on the side of a building just off the expressway advertising a museum and a fraternal organization.

But “Polonia,” as Polish Chicago is sometimes known, obviously extends much further and deeper than the Kennedy, and October—Polish Heritage Month—is the perfect time to explore it. Here are some sites that give a taste—literally, in one case—of Chicago’s Polish community. 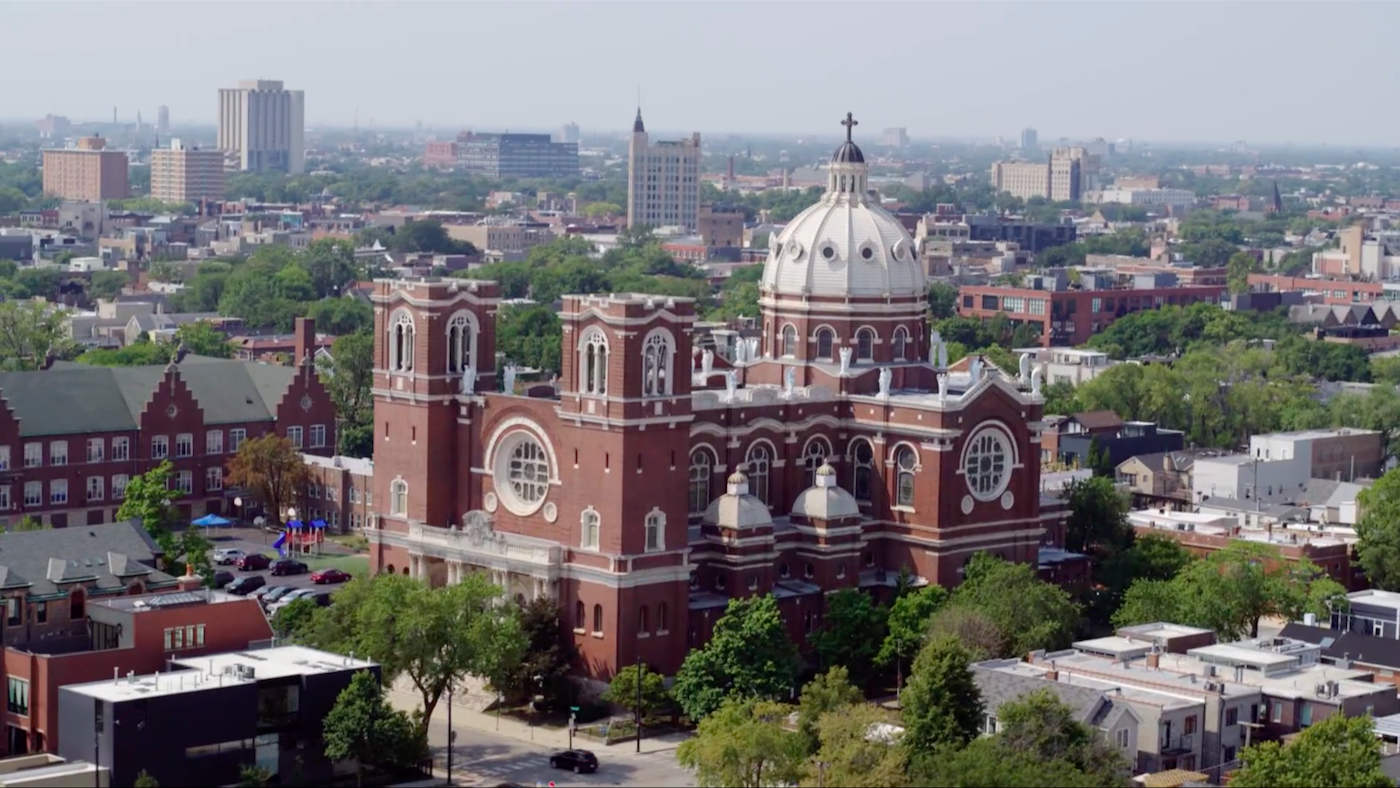 St. Mary of the Angels is a prime example of what's sometimes known as the "Polish Cathedral" style of architecture. Image: WTTW

That towering church that nearly touches the Kennedy just north of Division Street is St. Stanislaus Kostka, one of the earliest churches constructed in Chicago to serve the city’s immigrant Polish communities. Built in 1881, it’s a prime example of what’s sometimes known as the “Polish Cathedral” style of architecture, along with St. Mary of the Angels, whose enormous dome and twin towers are also visible from the Kennedy just north of North Avenue.

You can catch a bird’s-eye view of both in Chicago from the Air. 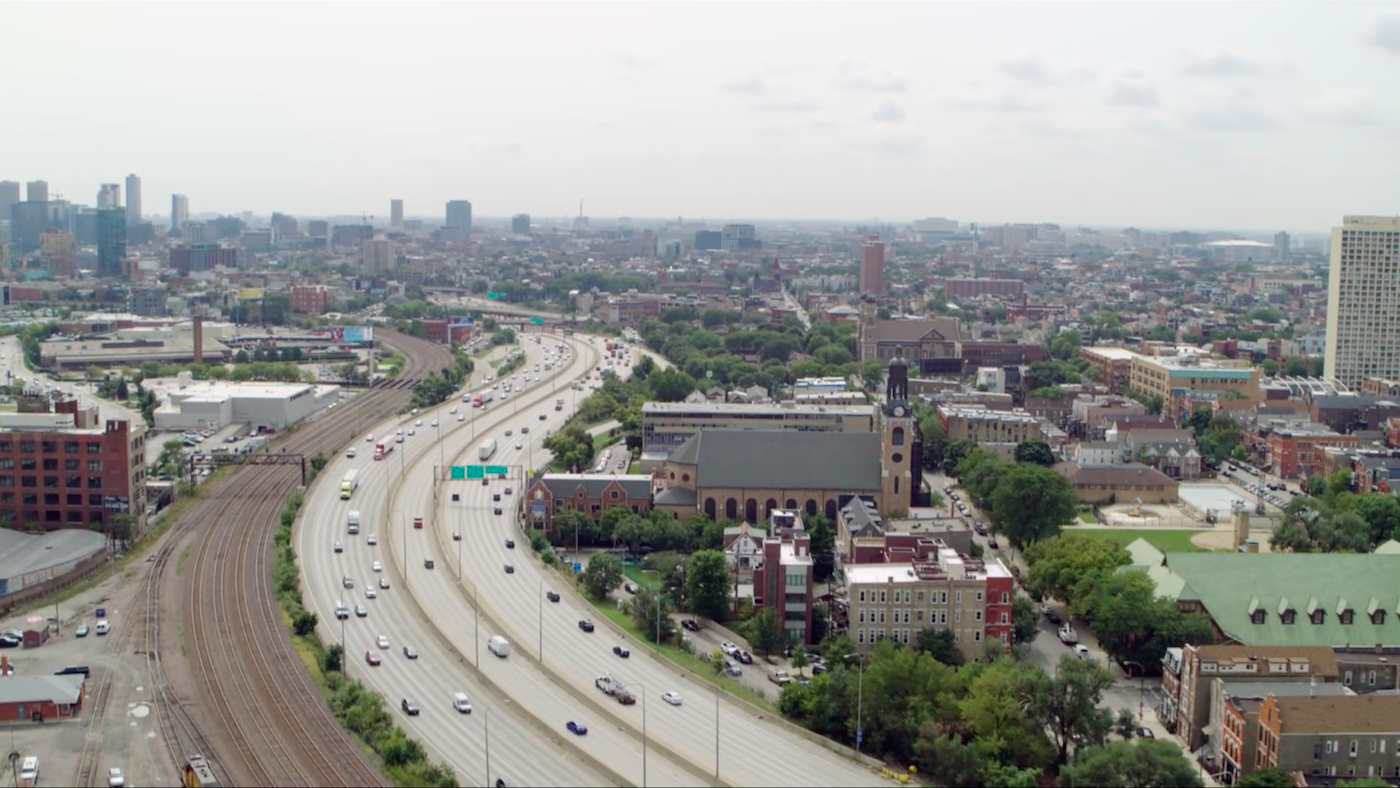 The "Rostenkowski Curve" of the Kennedy Expressway around St. Stanislaus Kostka is a misnomer. Image: WTTW

The reason the Kennedy veers so close to St. Stanislaus Kostka? When the expressway was being planned in the 1940s, it was set to run through the church’s sanctuary, but an influential Polish lawmaker intervened to change the expressway’s course and save the church from the wrecking ball. No, it wasn’t the longtime congressman (and convicted felon) Dan Rostenkowski, despite the curve’s popular name. It was state representative Bernard Prusinski, a civil engineer who had been a political rival of Rostenkowski’s father.

The Kennedy isn’t the only Chicago thoroughfare that has become wrapped up in politics related to the Polish community. In 1933, Mayor Ed Kelly sought to rename Crawford Avenue on the west side to Pulaski Road, in honor of the Polish Revolutionary War hero Casimir Pulaski, as a reward to his Polish supporters. Business owners along Crawford went to court to block the name change, citing the economic effect of having to change their addresses on advertising and stationery. At one point, it was suggested that Congress Street be named after Pulaski—a compromise that was echoed recently when Congress, instead of the proposed Balbo Drive, was renamed to honor Ida B. Wells. Eventually, the name change stuck, despite several legal back-and-forths (the Illinois Supreme Court weighed in twice). 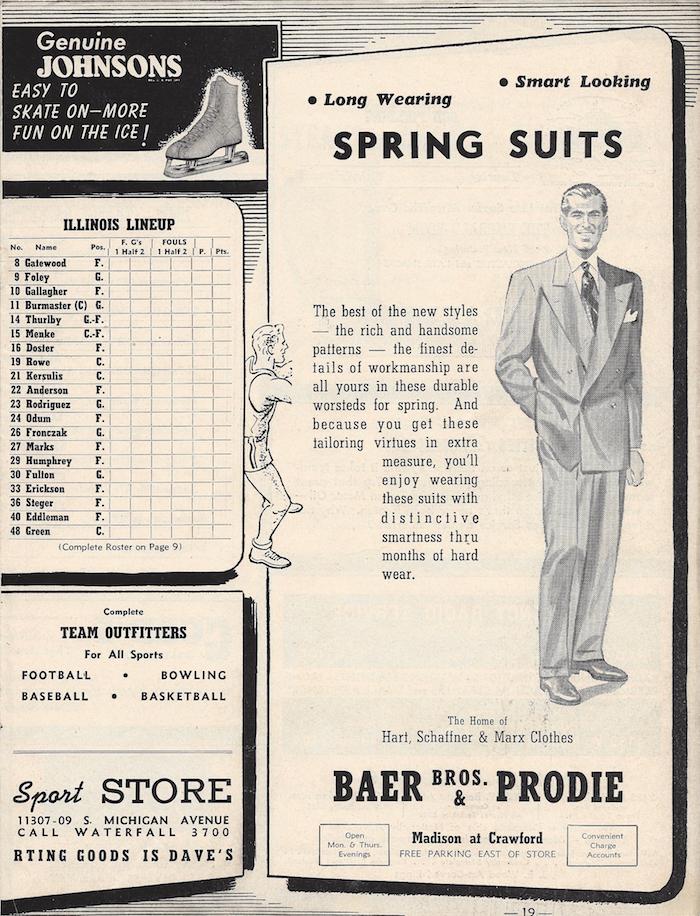 I have a personal connection to the battle over Pulaski Road. My grandfather worked in a men’s clothing store on Crawford Avenue called Baer Bros. & Prodie that was owned by his cousins. One relative, Bernard Baer, served on the Crawford Avenue Association, which led the opposition to the name change. He even once gave a presentation on the long legal fight to the West Side Historical Society, as a member of their board of trustees.

This West Town museum was established in 1935 by the Polish Roman Catholic Union—you can see it and its advertising signs from the Kennedy. The Polish Roman Catholic Union is the oldest Polish fraternal organization in the United States, founded in 1873 and holding its first convention at none other than St. Stanislaus Kostka in Chicago. Alongside its fellow organization the Polish National Alliance (also visible from an expressway, the Edens, just north of Peterson Avenue), the Union has been integral in supporting Polish immigrants and communities in Chicago for well over a century. 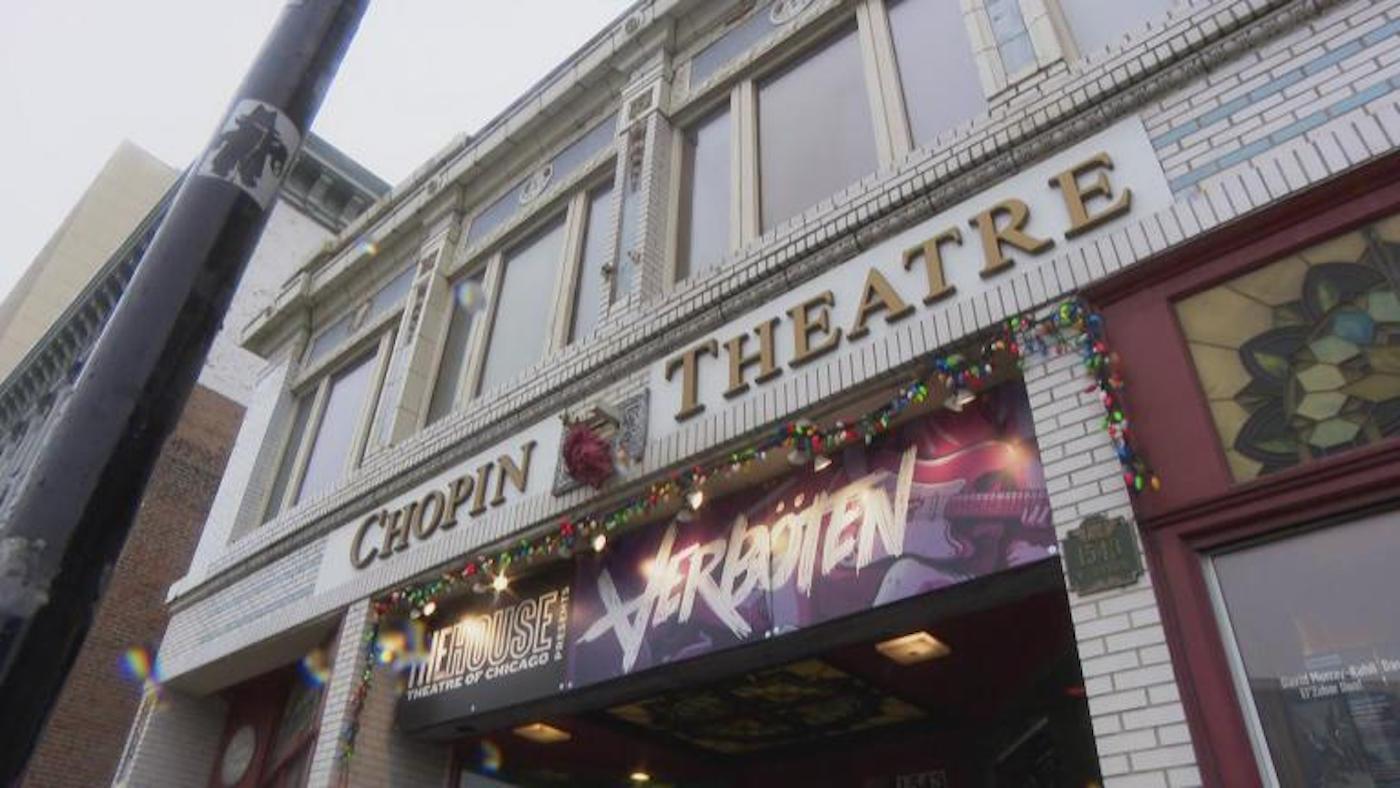 Opened in 1918 in the “Polish Triangle” of Wicker Park, once a bustling center of Polish life in Chicago, the Chopin Theatre went through several iterations over the decades before regaining its original name and Polish roots in the 1990s under owners Zygmunt Dyrkacz and Lela Headd Dyrkacz. It often presents Eastern and Central European stage productions as well as interviews with prominent Polish and Polish American figures, keeping the Polish character of Wicker Park alive.

Unlike the Chopin, Jefferson Park’s Copernicus Center was not originally a Polish-rooted theater. Built by the in-demand theater architects Rapp and Rapp in 1930 for the movie entrepreneurs Balaban and Katz, it was purchased by the Copernicus Foundation and made into a Polish Cultural Center in 1981. Now a center of Polish culture, it features a “Solidarity Tower” meant to resemble Warsaw’s Royal Castle. 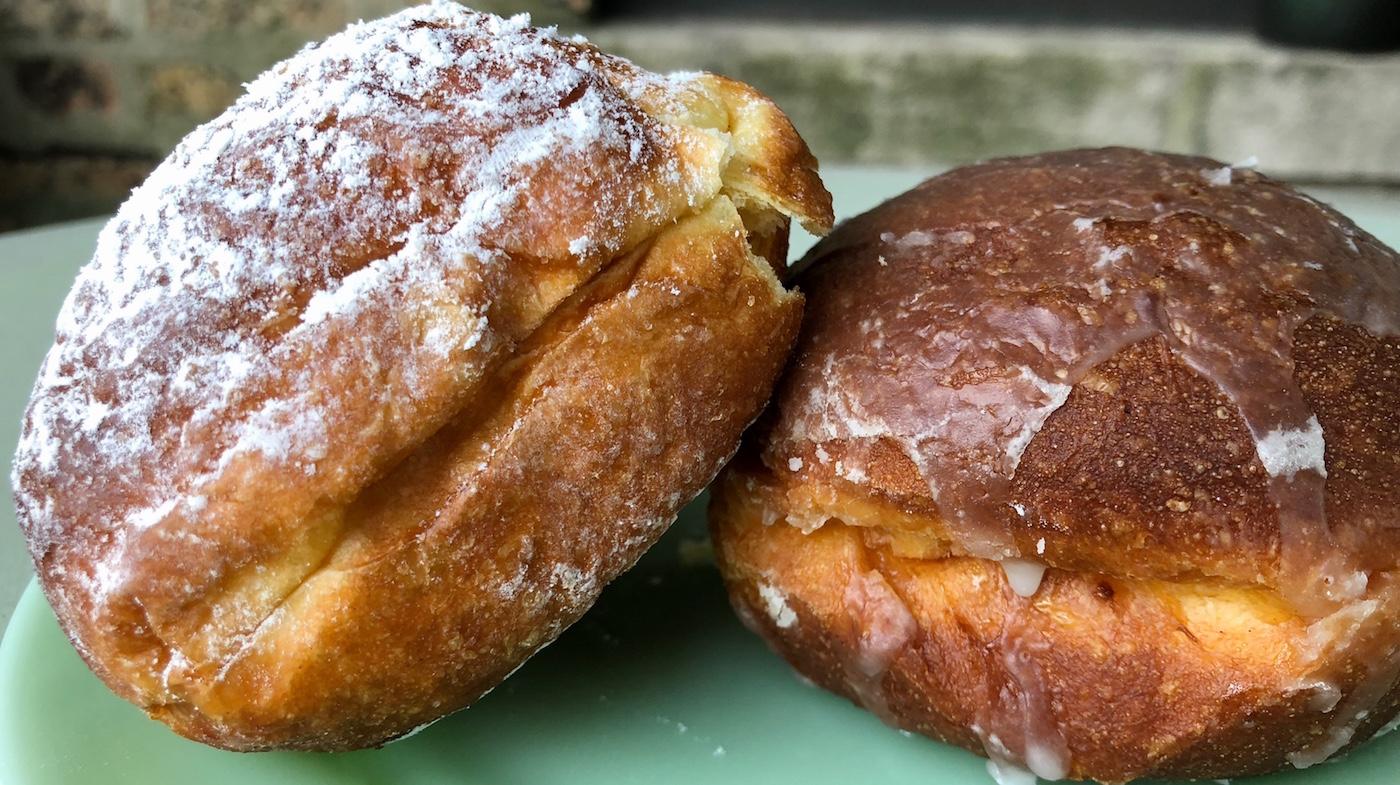 They may not be a site you can visit, but these decadent filled-dough treats are definitely an iconic part of Chicago’s Polish community. You’ll find them by droves in the week before Ash Wednesday and the beginning of Lent, a solemn Christian period of fasting and observance, as people celebrate Fat Thursday and Fat Tuesday—both of which are informally known as “Pączki Day.” 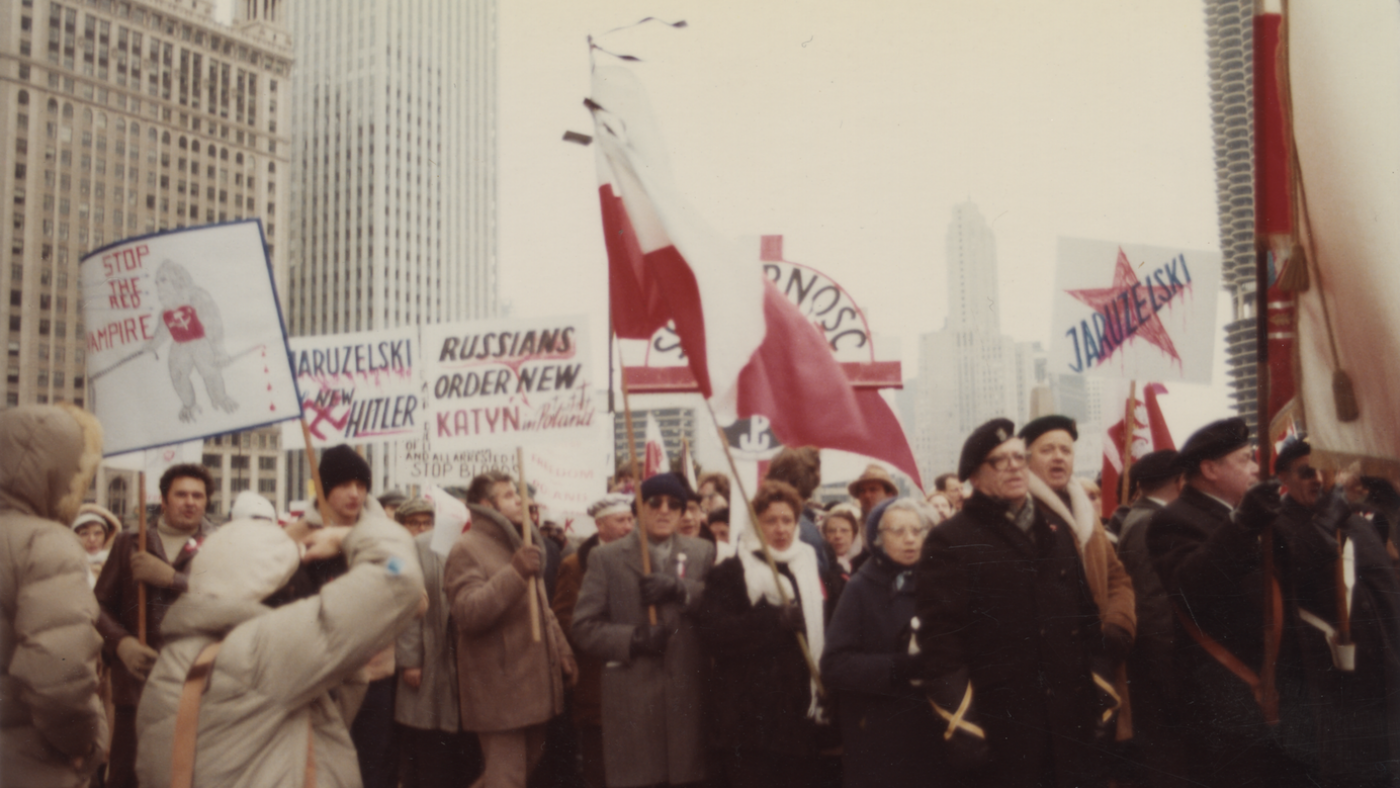 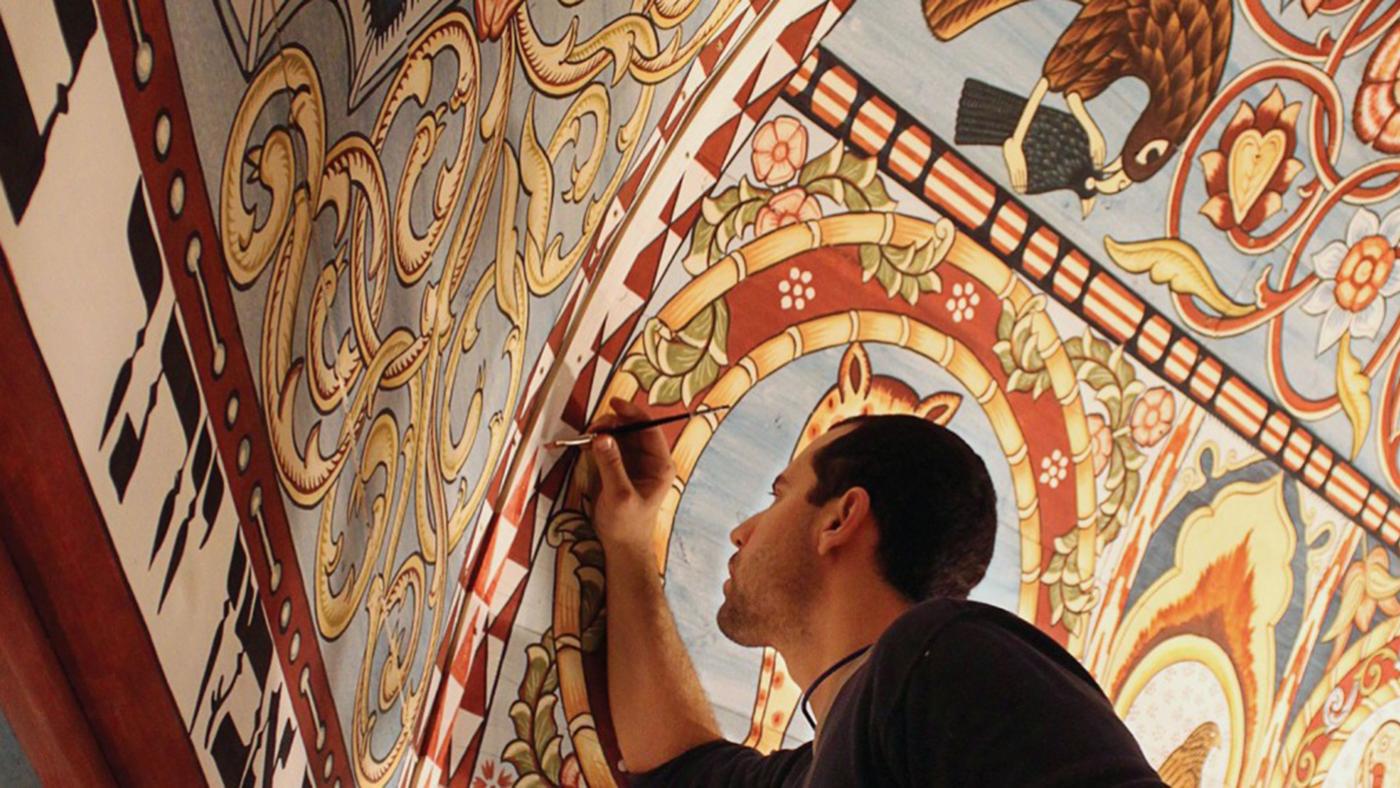