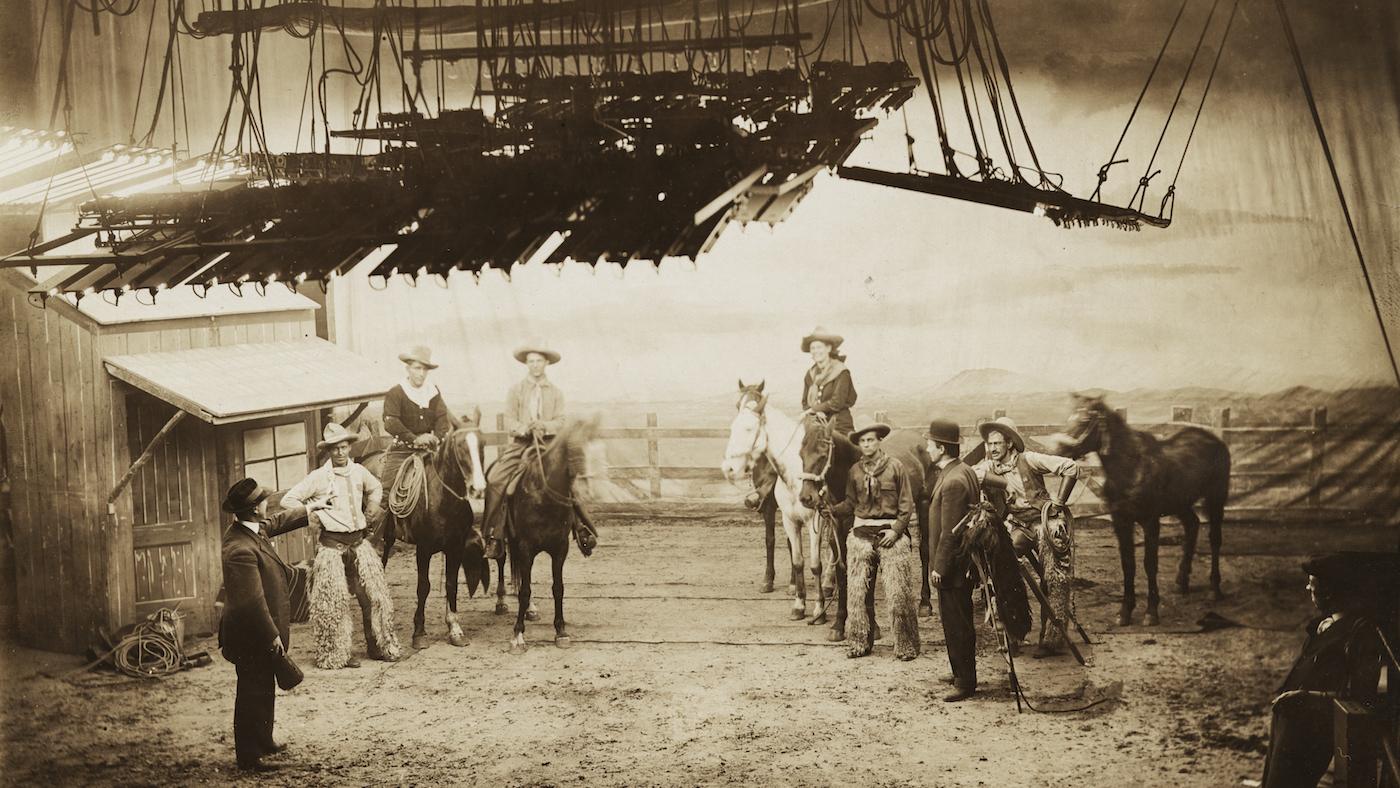 Chicago has become a major hub for film and television production in the past decade, thanks in large part to a tax incentive introduced by Illinois in 2008 and the subsequent success of Cinespace Studios, founded in Douglas Park on the West Side in 2010. Blockbusters such as Divergent and two Transformers movies as well as films like Spike Lee’s Chi-Raq and Southside with You. Then there are the TV series: Chicago Fire, Chicago P.D., Chicago Med, The Chi, and more.

In 2019, film and television production in Chicago created more than 15,000 jobs and generated $560 million in revenue. Earlier this year, Cinespace’s Chicago and Toronto studios were sold for a reported $1.1 billion. Cinespace Studios in Chicago now has 33 stages on 60 acres, with 15 more stages planned. A new, unrelated studio has been proposed for South Shore, and production seems to be recovering quickly after a pandemic downturn.

But Chicago has been an important part of the film industry almost since the birth of movies. (The Chicago Film Office has a list of movies filmed here over the decades.) Take a tour through some of my favorite uses of Chicago in films before the advent of Cinespace Studios in 2010.

This early film of the first Ferris Wheel, built for the 1893 World’s Columbian Exposition, shows the wheel in Lincoln Park, where it was relocated after the Fair closed. I love the slice of life, seeing people and horse-drawn carts pass through the frame. The 46-second film might seem insignificant, but it may be the first film of Chicago—and it’s definitely one of the first films in the world. It was made by the French Lumière brothers in 1896, a year after they publicly showed ten short films in Paris, an event considered the birth of cinema.

Even shorter than Chicago, grande roué, Something Good-Negro Kiss also packs historical heft into less than a minute: it’s an early on-screen kiss, sensational for its time, and is probably the first on-screen depiction of Black love, given that the two performers are African American. It was made in 1898 by William Selig, a former magician who began making and showing films in Chicago in 1897 using an imitation of the Lumière brothers’ camera that he called the Polyscope. He eventually built a production facility near Irving Park Road and Western Avenue that employed over two hundred people (the only surviving building is now residential) but Something Good-Negro Kiss was filmed at studios downtown. The film was rediscovered by scholar Allyson Nadia Field in 2018. 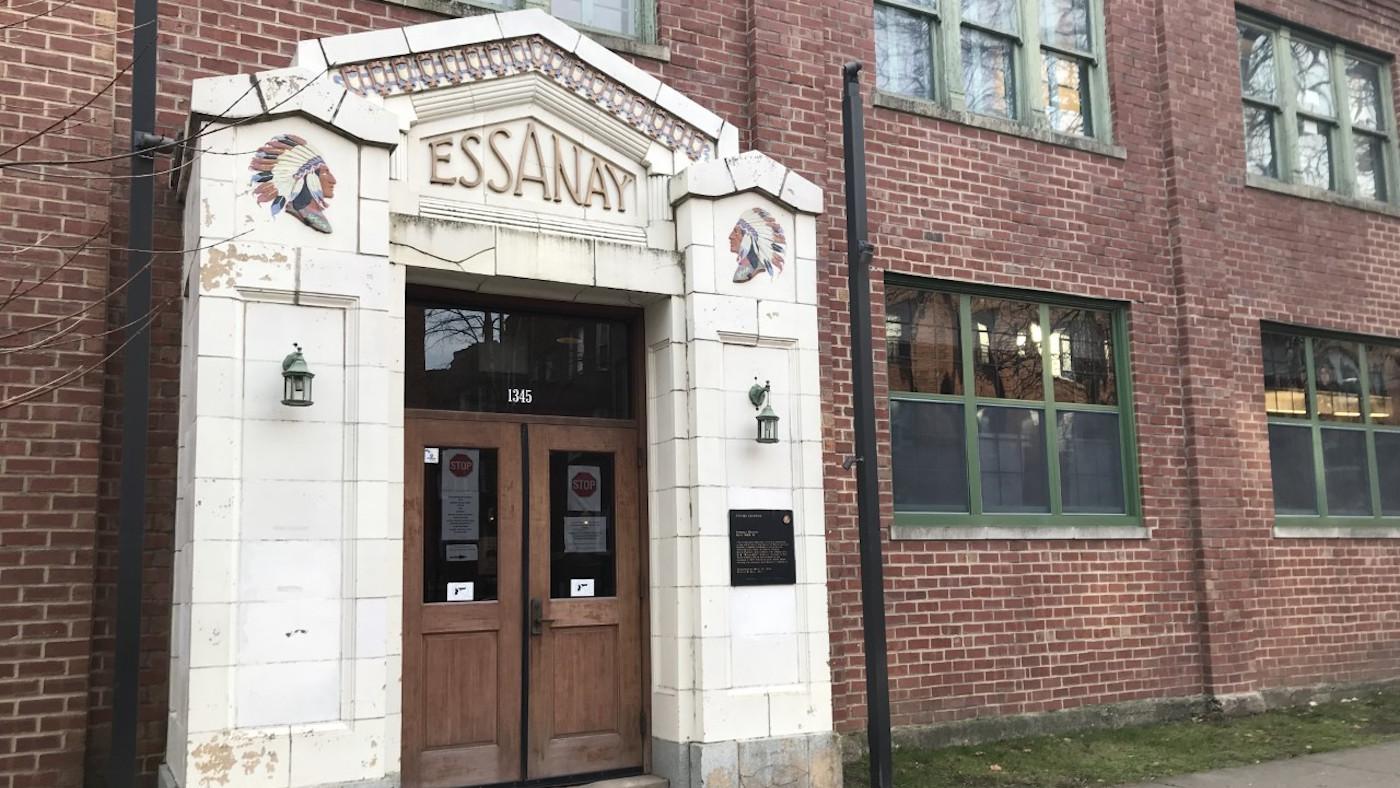 Essanay, on Argyle Street in Uptown, was once Charlie Chaplin's studio. Photo: WTTW

A more successful competitor to Selig’s Polyscope Company emerged in 1907 when the moving picture exhibitor George Spoor joined the film actor Gilbert Anderson to found Essanay. At the end of 1914, they lured Charlie Chaplin away from another studio and quickly produced a slew of films with him, starting with His New Job, whose title cheekily referenced Chaplin’s studio change. Chaplin made thirteen films with Essanay over 1915, then ditched the studio for warmer weather and a bigger paycheck. Essanay was eventually absorbed by Warner Brothers, but its landmarked building still stands on Argyle Street in Uptown and is now part of St. Augustine College.

Seen by many as a response to D.W. Griffith’s influential and racist epic The Birth of a Nation and appearing the year after Chicago’s deadly 1919 race riot, Within Our Gates was nearly barred from opening in Chicago upon fears that it would incite racial violence, given its scenes of lynching and attempted rape. Instead, the Chicago Defender called it “the biggest protest against Race prejudice and lynching…ever written or filmed.” The second film of Oscar Micheaux, a southern Illinois-born producer of “race films” made for Black audiences, Within Our Gates is the oldest known surviving film by a Black director. Micheaux was one of a number of producers to make race films in Chicago during the silent film era. In his 40-some films produced between 1919 and 1948, he combatted racist stereotypes common to films of the era. Working outside the major studios, he was a precursor to independent Black producer-directors like Spike Lee and Tyler Perry.

This 1948 film starring James Stewart may have been the first Hollywood film shot in Chicago, and its inclusion of recognizable sites like the Wrigley Building, the Merchandise Mart, and Noble Square’s Holy Trinity Church highlights the city. Based on a true story of a young Polish man wrongfully convicted of the murder of a policeman in 1933, it follows a journalist as he investigates the imprisonment. In reality, two reporters for The Chicago Times did manage to secure the wrongfully convicted man’s release eleven years later, after his mother placed an ad in the paper, which gave the movie’s title its name. 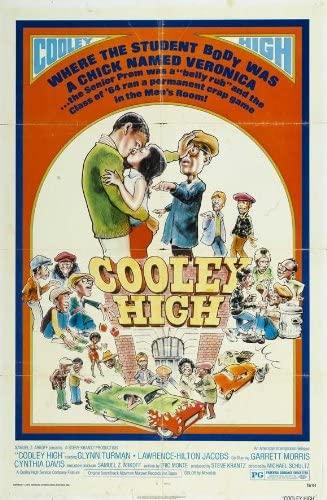 This 1975 film takes place primarily in the Cabrini-Green housing project and is deeply rooted in real life: it was drawn from screenwriter Eric Monte’s time at Cooley Vocational High School and featured two young Cabrini-Green residents playing versions of themselves. It launched the career of Jackie Taylor, who went on to found Chicago’s Black Ensemble Theater, inspired filmmakers like John Singleton and Spike Lee, and was memorialized in the title of Boyz II Men’s debut album, Cooleyhighharmony, on which they covered a song written for the film, “It’s So Hard to Say Goodbye to Yesterday.”

Steve McQueen’s last movie, 1980’s The Hunter is most famous for an iconic scene in which McQueen’s character pursues someone up the garage ramp of one of Marina City’s towers. The car chase ends with McQueen’s quarry launching his green Pontiac Grand Prix off the top of the tower’s spiraling parking ramp and plunging into the Chicago River.

How could you talk about movies filmed in Chicago and not mention The Blues Brothers? The 1980 comedy starring Dan Akroyd and John Belushi treats Chicago and the surrounding area as a co-star, featuring locations from Lower Wacker Drive to Old Joliet Prison, the Richard J. Daley Center to the 95th Street bridge over the Calumet River. (Its scenes of automobile carnage were filmed the same month—September, 1979—as The Hunter’s Marina City stunt.) Mayor Jane Byrne cooperated with the production, beginning a boom era of filming in Chicago. (You can see her posing with Belushi and Akroyd in some photos from the set.) 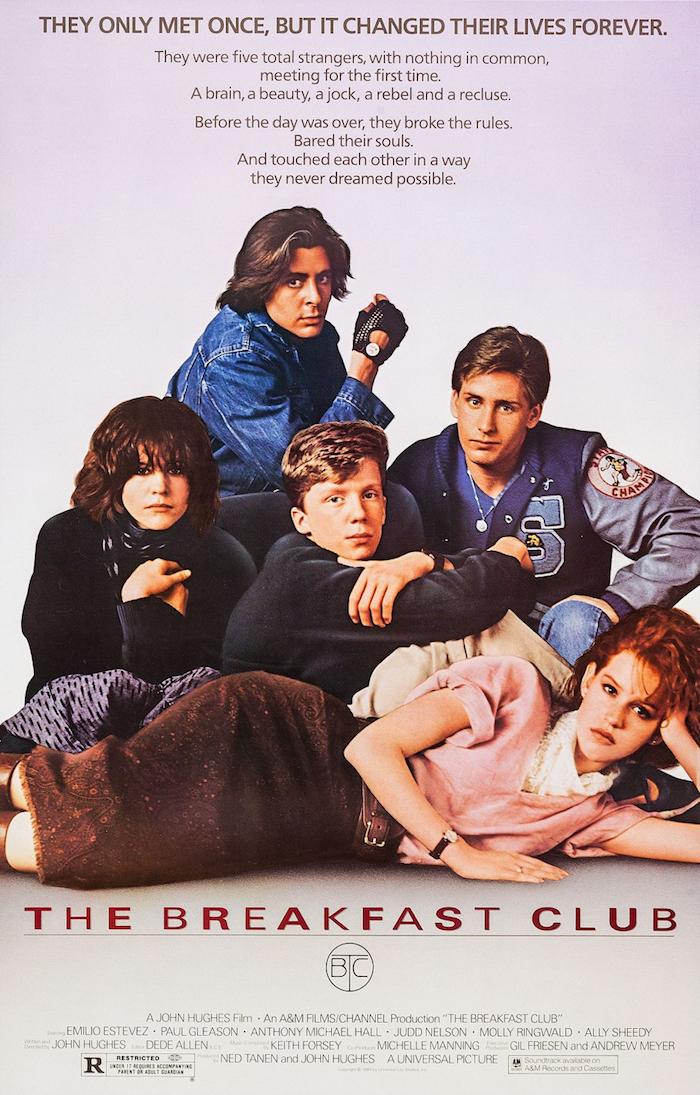 John Hughes filmed many of his most popular films, including 'The Breakfast Club' around Chicagoland

The filmmaker John Hughes epitomizes the Chicago production boom of the ‘80s and ‘90s. Sixteen Candles (1984); The Breakfast Club (1985); Ferris Bueller’s Day Off (1986); Planes, Trains and Automobiles (1987); and Home Alone (1990) are just the most popular of his movies to be filmed around Chicagoland. Hughes’s family moved to the northern suburb of Northbrook when he was in junior high, and he filled his films with locations throughout Chicago and the North Shore. Hughes once said of filming in Chicagoland, “the more people who get upset with the fact that I film there, the more I’ll make sure that’s exactly where I film. It’s funny—nobody ever says anything to Woody Allen about always filming in New York.”

This 1991 Ron Howard movie starring Robert De Niro, Billy Baldwin, and Kurt Russell is notable not just for filming in Chicago but for the training the actors underwent: they joined recruits at the Chicago Fire Academy to learn the trade. With the varied styles of residential architecture visible throughout the film, it also especially feels like it takes place here as compared with movies that stick more to downtown.

Chicago’s ‘L’ has often played a starring role in films, including in The Hunter (there’s an action scene on top of a train), The Blues Brothers (Elwood lives directly next to the ‘L’), and Planes, Trains and Automobiles (an ‘L’ ride is the last stage of Neal Page’s journey home). 1983’s Risky Business contains an infamous sex scene on the ‘L,’ scored to Phil Collins’ “In the Air Tonight.” An ‘L’ car nearly becomes the scene of a gang fight in 1987’s Adventures in Babysitting, while an actual fight takes place on the train in 1993’s The Fugitive. Sandra Bullock works for the CTA in 1995’s While You Were Sleeping. 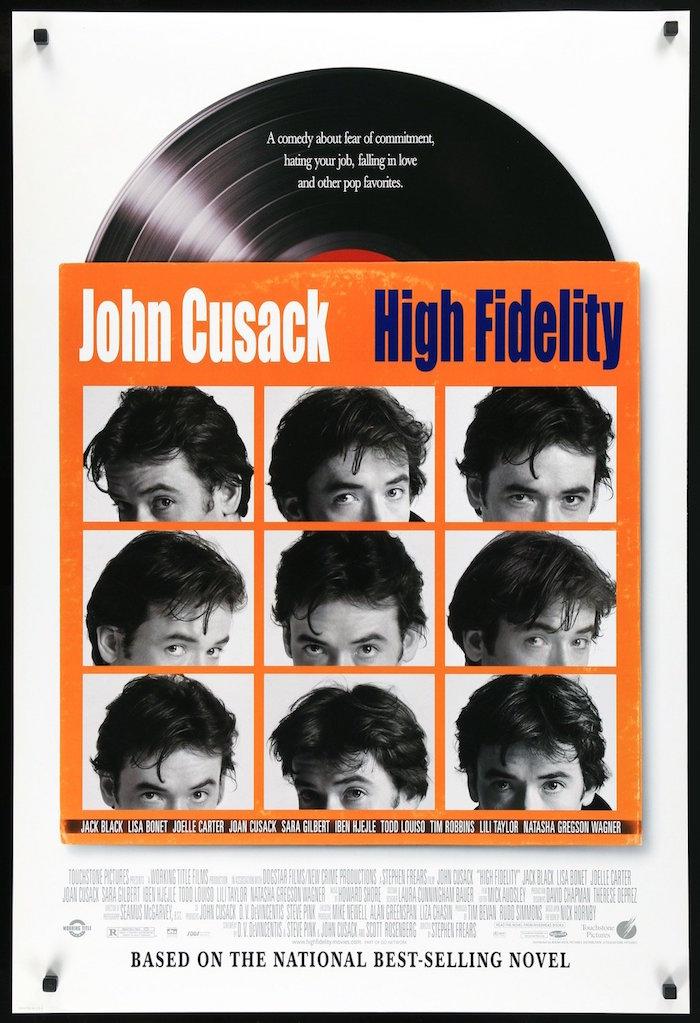 2000’s High Fidelity also features the ‘L,’ which is unsurprising given the film’s textured depiction of Chicago. (Esquire has called it the “truest Chicago movie ever,” even though it’s based on a British novel set in London.) From its setting in Wicker Park to venues and bars like The Green Mill, Rainbo Club, and the Music Box Theatre, it’s full of locations that Chicagoans hold dear.

Batman Begins and The Dark Night

I’d be remiss not to include these two Christopher Nolan films from 2005 and 2008 that, like The Blues Brothers, are filled with Chicago locales and seemingly inaugurated a new era of production in Chicago. While production moved to Pittsburgh for The Dark Knight Rises, the final film in the trilogy, Chicago is once again standing in for Gotham City in a new The Batman starring Robert Pattinson, Zoë Kravitz, and Colin Farrell that’s due out in 2022.