A Hamantashen Recipe with a Mexican Twist from Masa Madre 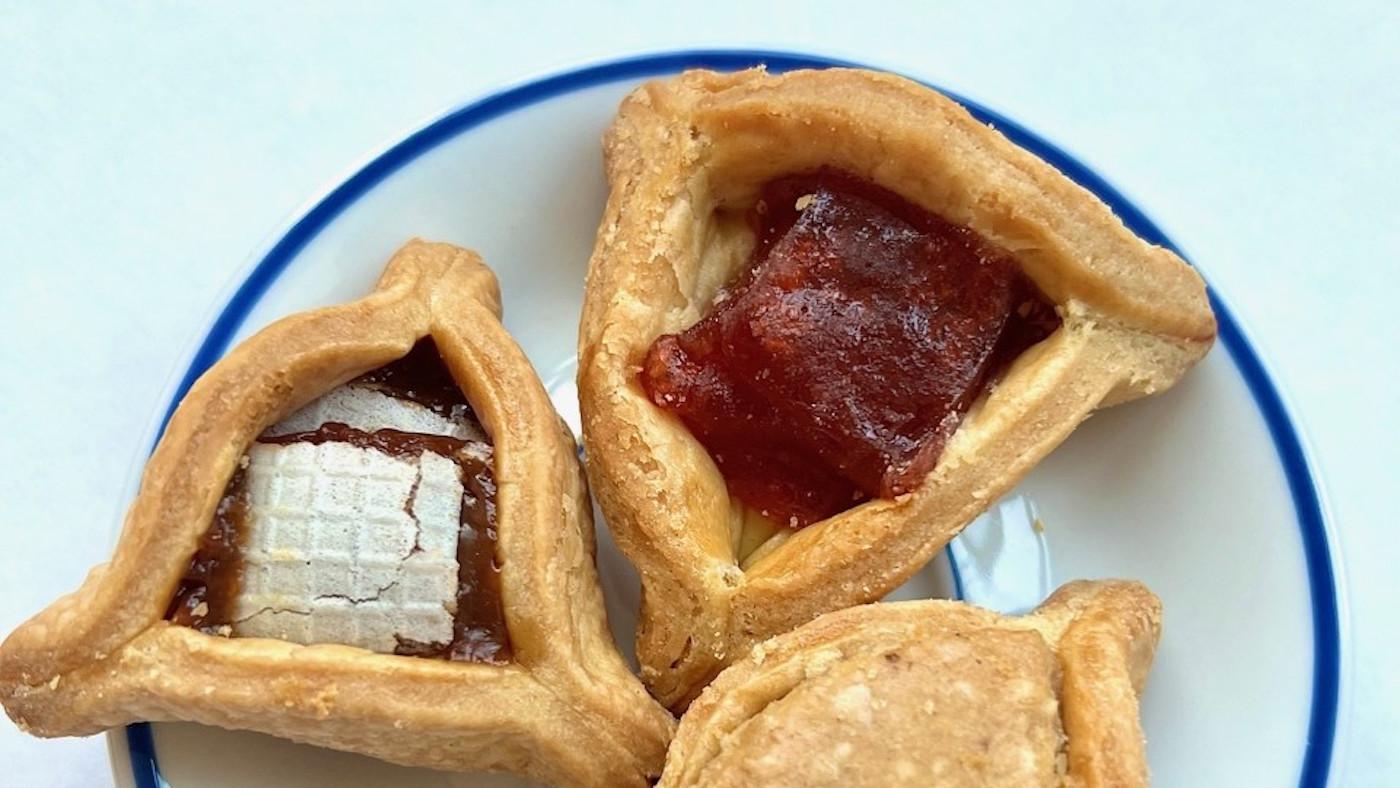 Tamar Fasja Unikel always hated jam fillings, finding them overly sugary. But she has found an ingenious workaround for the hamantashen she and her co-owner Elena Vázquez Felgueres are selling this year for Purim from their bakery, Masa Madre. Rather than fill the three-sided cookies with the traditional poppy seeds or jams, they are using a form of fruit with perfectly calibrated sweetness: Guava Ate, or guava paste.

The guava is one of three Mexican candy flavorings for Masa Madre’s hamantashen this year; the other two are crumbly peanut mazapán and rich cajeta oblea. Fasja Unikel and Vázquez Felgueres came up with the idea because they both love cajeta—dulce de leche made with goat’s milk—but disliked working with it because of its stickiness. Cajeta oblea, a treat in which the caramel is sandwiched between thin wafers, was a brilliant solution. Fasja Unikel’s father always loved peanut mazapán, so that was another easy inclusion.

“We thought it was a great trio of Mexican picks to put into our very Jewish hamantashen,” Fasja Unikel says with a laugh.

Why incorporate Mexican flavors into Jewish desserts? Fasja Unikel is Jewish and grew up in Mexico City along with Vázquez Felgueres, and Masa Madre refracts their blend of cultures into unique baked goods such as a churro babka and hibiscus za’atar challah. (Learn more about their story and see them in action in this Chicago Tonight story.)

Hamantashen are commonly made and eaten at Purim. The recipe below comes from Fasja Unikel’s husband’s family, while the Guava Ate filling is her own contribution. In Hebrew, the cookies are known as oznei Haman, or “Haman’s ears,” after the violent official who tries to kill all the Jews in the Persian Empire upon being offended by Mordecai, but is foiled by Mordecai and his cousin Esther, a wife of the king.

“I really love that a woman is the one who saves the Jewish people” in the story of Purim, Fasja Unikel says. “But it’s sort of strange, thinking about how it’s a holiday that celebrates how we were not destroyed and killed—which is great, but it’s just so sad to think how many times the Jewish people have been running away from something.”

Her own ancestors had to flee from Poland because they were Jewish, while her mother’s grandparents on the other side had to escape a part of Russia that is now in Ukraine because they were members of the elite, she says. So she feels a connection to the refugees now fleeing Russia’s invasion of Ukraine—and decided to aid them through Masa Madre after being approached as part of a worldwide project in which bakeries are donating proceeds from hamantashen sales. Thirty percent of sales of Masa Madre’s hamantashen will go to the aid organization Polish Humanitarian Action on behalf of Ukrainian refugees.

“Those horrible events that happened so long ago, you feel like history is repeating,” Fasja Unikel says. “You feel so helpless.” Donating some of Masa Madre’s sales allows her to act against that helplessness.

1. Mix flour, baking powder, and salt. Beat all the other dough ingredients together, then add the flour mixture and beat until just incorporated.

2. Place dough in a ziplock bag and let rest in the fridge overnight, or at least one hour.

4. Use a 3-4 inch round cookie cutter to cut out as many circles as you can.

5. Refrigerate the dough scraps for 30 minutes before rolling them out again to 1/4-inch thickness and cutting out more circles.

6. Preheat oven to 325F. Brush the dough circles with egg wash and place about one tablespoon or one 1-inch cube of filling in the center. Pinch the corners of the dough on three sides to create a triangle that encases the filling, letting a triangle of filling show on the top.

7. Place cookies in the fridge for 30 minutes, uncovered, then bake for about 20 minutes, or until a little golden. 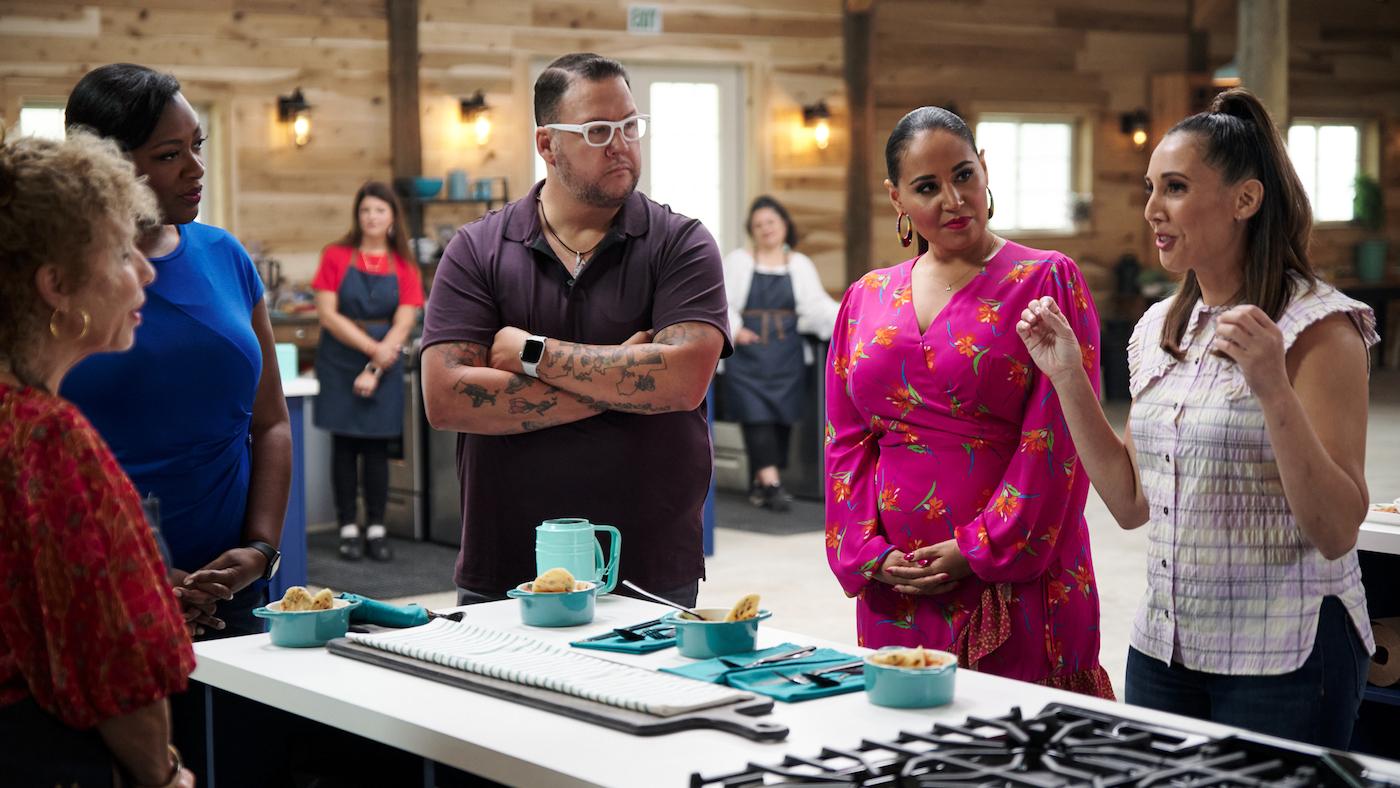