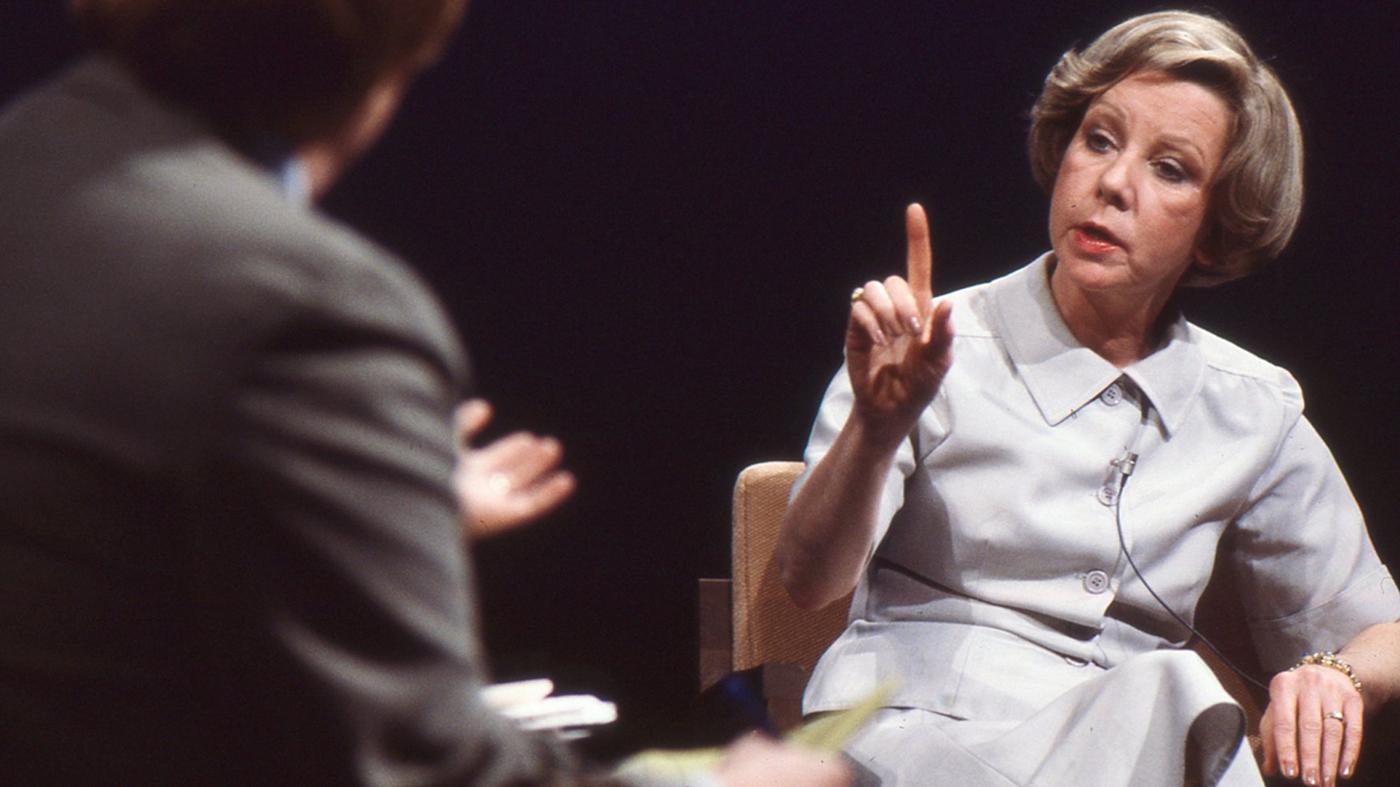 Jane Byrne speaks at a mayoral forum in 1979. Photo: WTTW

In 1979, Jane Byrne became Mayor of Chicago and the first woman to lead a major U.S. city. A new Chicago Stories documentary traces Byrne’s rise from protégée of the powerful Mayor Richard J. Daley, to underdog mayoral candidate, to an at-times controversial mayor. We spoke to producer Rachel Pikelny, who discussed Byrne’s legacy and how the documentary tackles the former mayor’s tenure.


This interview has been edited and condensed for clarity.

Why were you drawn to Jane Byrne as a Chicago Stories topic?

Rachel Pikelny: I have lived in Chicago for 20 years. In the last couple of years of Jane Byrne’s life, they decided to name the interchange after her, and I wondered, “Why have I never heard of this woman?” In starting to dig into her story, I realized that she was really a divisive character. She was loved by some, hated by many, and even hated by those who had loved her. A lot of those people gravitated away from her as she made decisions and allegedly turned her back on them. Then she just faded into history. So it's a sad story, to be honest. It's one of a woman who was instrumental in moving Chicago in a new direction. She came in at a time when there was a lot of chaos at City Hall. Mayor Richard J. Daley had just passed away unexpectedly. After that, it was a question of, do we just do more of the same, or are we going to really open up government to a new voice? And Jane Byrne came in and she was nothing like any of the other candidates.

Byrne began her political career with Mayor Richard J. Daley, but eventually found success by positioning herself against the machine. Why do you think her first campaign appealed to so many people?

Pikelny: I think people, particularly in the African-American community in Chicago, were just fed up. They were not receiving the services that they deserved and they were starting to see that other neighborhoods were receiving those services. Their voices weren't being heard. And she was somebody who came in and said, “I'm going to do things differently. You matter. I'm listening to you. I have a plan. I'm going to elect more people of color to leadership positions.” People were ready to hear that message, and they got behind her because of it.

What sorts of challenges did Byrne face running for Chicago mayor as a woman in the 1970s?

Pikelny: There's one line in the show that I love, and it is so true. Mayor Lori Lightfoot says, “Women, people of color are held to a different standard, and that's still true today.” But it was even more true back then, and Byrne would do certain things that perhaps a man would do, but she would get so much more flak for it. This was also happening at a time when television news was really becoming a reality. So people not only read about what she was doing, they saw her. She was a very feminine woman, too. She had an amazing sense of style. These things shouldn’t matter. She's a politician. She should be judged on her ideas, how she relates to people and how she manages people. But the fact that she was a woman became the headline.

One of the things Jane Byrne is known for is her decision to move into the Cabrini-Green housing projects. Why was that a controversial move?

Pikelny: People felt very strongly about this. Some people said it was just a publicity stunt and that she wasn't really helping the people who lived in that community. It was just to draw attention to herself and say that she did something big. And then there were people who patted her on the back. But she made the decision on her own. Nobody convinced her to do that. Could she have done more to help the people living in that area? Yes, of course. But she got the media talking about it. I think that was the first thing that needed to happen. People needed to really see what was happening in that area and not have it be relegated to a small headline on page 10.

Many people in the documentary point to Jane Byrne’s commitment to bringing arts and culture to Chicago. What contributions did she make to Chicago’s cultural scene?

Pikelny: I was floored when I found out how much she was responsible for in the city. So many films have been shot in Chicago, and we're used to seeing our city on the big screen. But back then, it just wasn't happening. She brought The Blues Brothers to Chicago. She made that a huge source of revenue for the city at a time when the city was really struggling financially. Navy Pier is another thing that I just always assumed had been there forever. But you see these images of Navy Pier around the time that she took office in 1979, and it was not a place that you would want to go spend time. She turned it into a gathering place where people from all walks of life come. Think of all the festivals that we now have, like Taste of Chicago and all the music festivals. Many of those started under her tenure. She was only in office for four years, but she did so much to help put Chicago on the map.

What do you hope people take away from the documentary?

I hope Chicagoans realize what an impact this woman had on our city. I just have crazy respect for her. I recognize her faults. I don't think that she was perfect by any stretch, but I think she was a pretty impressive woman. I hope that people realize that she took the city in a new direction and Chicago would not be the city that it is today if it were not for Jane Byrne. I realize that it's all somewhere in the gray. It's not all positive, it's not all negative, and that is true of any politician. Even the most effective politicians out there still have haters. She was someone that elicited very strong feelings on both sides.