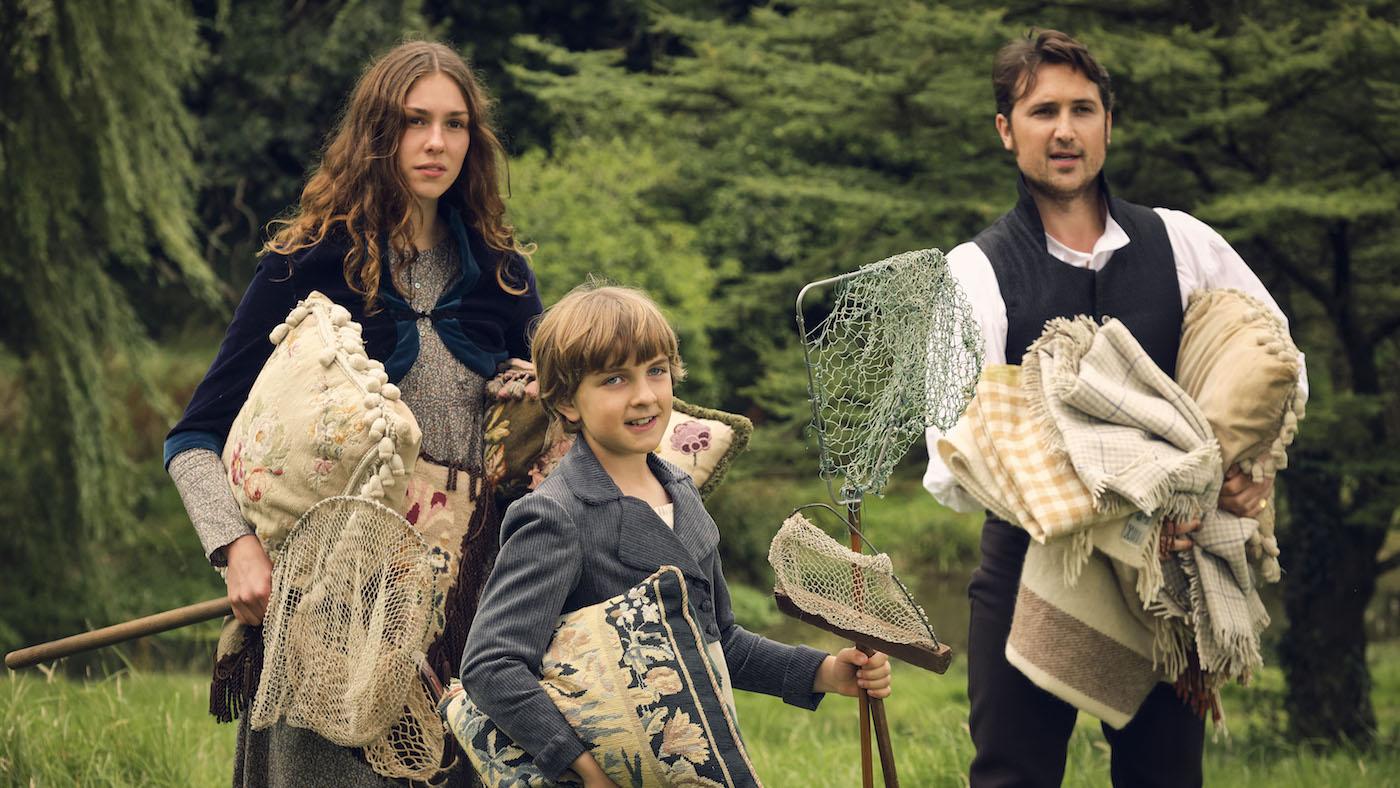 Sanditon’s Midsummer Fair is approaching, and Tom has outsized plans: he has booked an elephant for the festivities. But after he and Arthur poster the county, they are outbid on the elephant at the last minute. Arthur manages to secure a giant horse as a replacement, but Tom decides to instead take Colonel Lennox up on an offer of something thrilling for the fair. No matter that there are rumors that the army hasn’t paid any of the bills it has accumulated in Sanditon, riling the shopkeepers; Tom still wants the army to build a barracks in the town.

Prompt payment is not the only place where the military seems to be dishonest: Captain Carter is so besotted with Alison (and she with him) that he is presenting himself as someone he isn’t. Asking Captain Fraser for help sending her poetry, he learns that Fraser has always carried a book of his favorite poems with him in battle and sends Alison a selection from that well-used tome.

While promenading with her, he also spins tales of his bravery in battle. Later, Alison runs into Fraser in a meadow; they are both collecting flowers. (Fraser says his are for Colonel Lennox; perhaps they are the flowers later sent to Charlotte along with an invitation to accompany the Colonel to the fair.) Caught in a downpour, they flee to shelter and Alison rhapsodizes about Carter. When Fraser returns to camp, he tells Carter that Alison deserves better than lies about battles he was too young to have fought in.

Georgiana’s difficulty in a budding romantic relationship is not based on false pretenses but an unusual amount of forthrightness. Charles sends her a sketched portrait of her, piquing her. She marches to his bohemian abode and chastises him for his boldness. He tells her he would simply like to know her better, and then Miss Hankins, Georgiana’s chaperone, finally catches up to Georgiana, and the conversation ends.

As Georgiana explains to Arthur, she has always been stared at due to her skin color; Charles’ portrait was that feeling made physical. Arthur tells her that Charles made him feel seen for how he’d like to be seen when the artist sketched him. He believes Charles has an admirably unprejudiced view. Mary may not approve of the artist as a suitor, but Arthur, who has promised her to watch over Georgiana, has taken a liking to him.

Georgiana again visits Charles and tells him that he will paint her portrait, on her own terms. He asks her to stay, but she turns her back and leaves.

She still has no idea why Sidney was in her birthplace of Antigua on her behalf when he died. Her father sold the plantation and is dead, and her mother died while giving birth to her. She is persisting in her sugar boycott, despite the scorn of Lady Denham, who points out that Georgiana’s fortune was made from her father’s sugar plantation.

Esther fears that Lady Denham’s own fortune is once again under threat from Denham’s dishonored niece, Clara. Clara insists that Edward, who she claims is the father of her unborn child, has ignored all her letters. She is surprised to learn that he is in Sanditon.

Lady Denham summons him and springs Clara on him. He claims that he has not received any letters and that Clara is once again scheming. Lady Denham believes Clara, and sends Edward away. He pockets an unopened letter to Esther on his way out, and angrily confronts Clara, who has been told to stay out of sight lest people learn of more Denham family shame. She tells him his presence is simply a complication; she doesn’t need anything more from him than his child.

Augusta Markham apparently doesn’t need much from Charlotte, her purported teacher: the orphaned young woman knows more French than her governess. At least Augusta is around to be taught; Leonora is nowhere to be found. Charlotte searches for her on the expansive grounds of the Colbourne estate and finds its owner trying to calm a horse frightened earlier by the gunfire of military exercises.

Charlotte soothes the frenzied horse, and Alexander happily sets off with her to find Leo instead of chastising her for losing his daughter. As they search, Charlotte asks him why he avoids spending time with Leo and Augusta, sharing that Augusta believes she is a burden upon Alexander. He finds Leo in a tree at that moment and leaves them.

But he apparently heeds Charlotte’s observation. When Leo calls to him to join their picnic later, he does. Augusta has been telling Charlotte about her mother, who was always sad after her twin sister—Leo’s mother—died.

Augusta and Alexander at first quarrel over when she will be allowed to be independent of him and debut in society, but tensions soon ease thanks to Leo’s delight at spending time with her father and Charlotte. When Charlotte packs up to go to the fair, everyone admits that they had a wonderful day—even Augusta.

At the fair, Charlotte offers to be the first to enjoy the Colonel’s promised attraction: a military observation balloon, which everyone else is afraid to try. Lennox ascends with her, but they are almost swept out over the ocean when soldiers on the ground lose hold of the balloon’s tether. Arthur, of all people, manages to grab hold of it and save them. As Charlotte and Lennox disembark, everyone else clamors to try the balloon.

Charlotte tells Lennox that her charges and her employer have all started to warm to her. Lennox warns her against Alexander, telling her that he was once in love with Lucy, Alexander’s late wife, before Alexander “stole” her from him and then destroyed her.

Esther stays home from the fair to watch over Clara, whom she distrusts absolutely. With everyone gone, Clara goes into labor. Esther helps her through it, the two of them yelling at each other all the while. Esther is desperate for her own child—she has even given herself intestinal inflammation by taking the herbs of a midwife—and lovingly holds Clara’s baby. Clara herself is less interested in the infant.

The baby is sure to be a bargaining piece in both Clara and Edward’s schemes. When asked by Captain Carter why he is brooding, Edward answers that he is soon to be a father—but that such a circumstance may still turn out to be cause for celebration.

Meanwhile, Tom is once again drawn into gambling with the military men by Colonel Lennox. He has come to speak to Lennox on behalf of the shopkeepers clamoring for their bills to be paid, but is first distracted by dice on Lennox’s urging. When he loses a hundred pounds that he doesn’t have, he decides to wait to bring up any owed money. 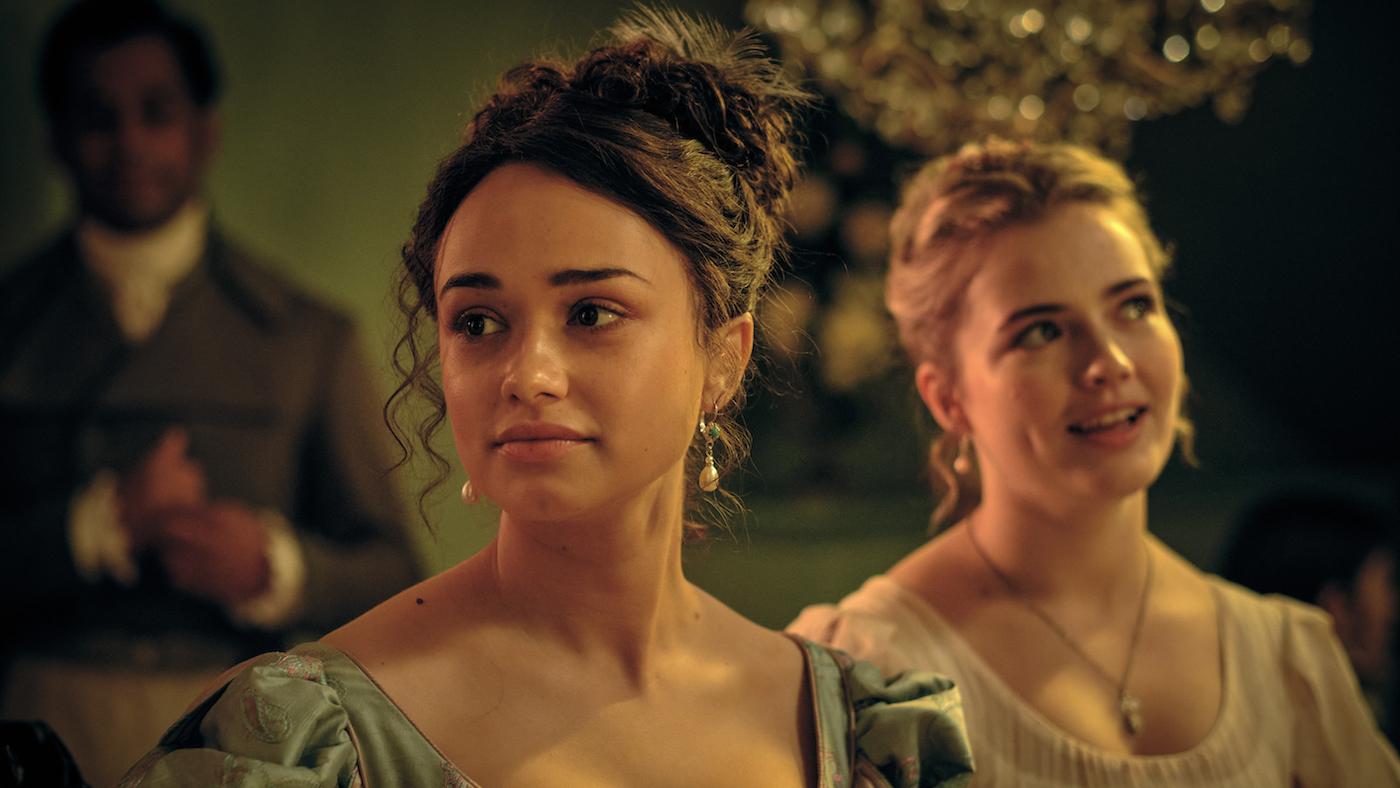 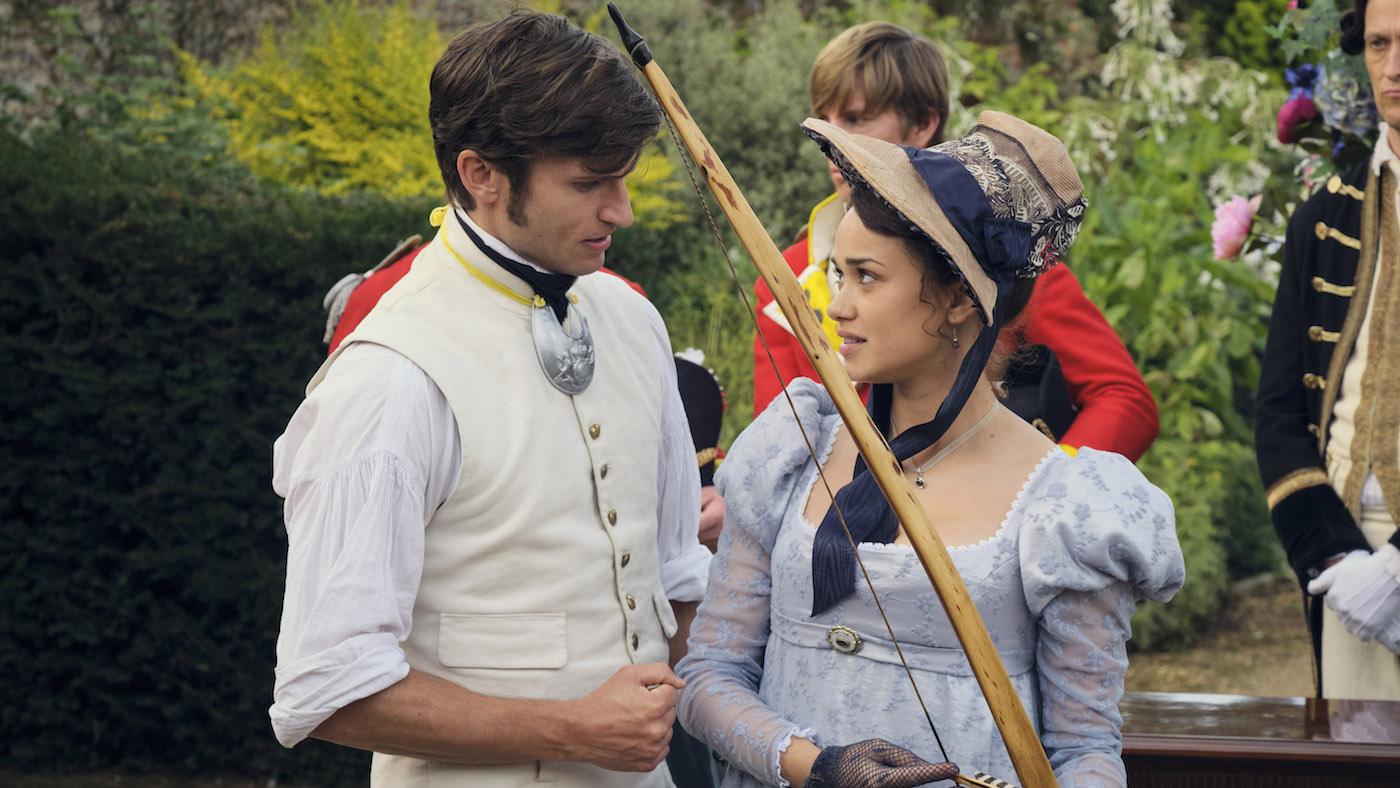 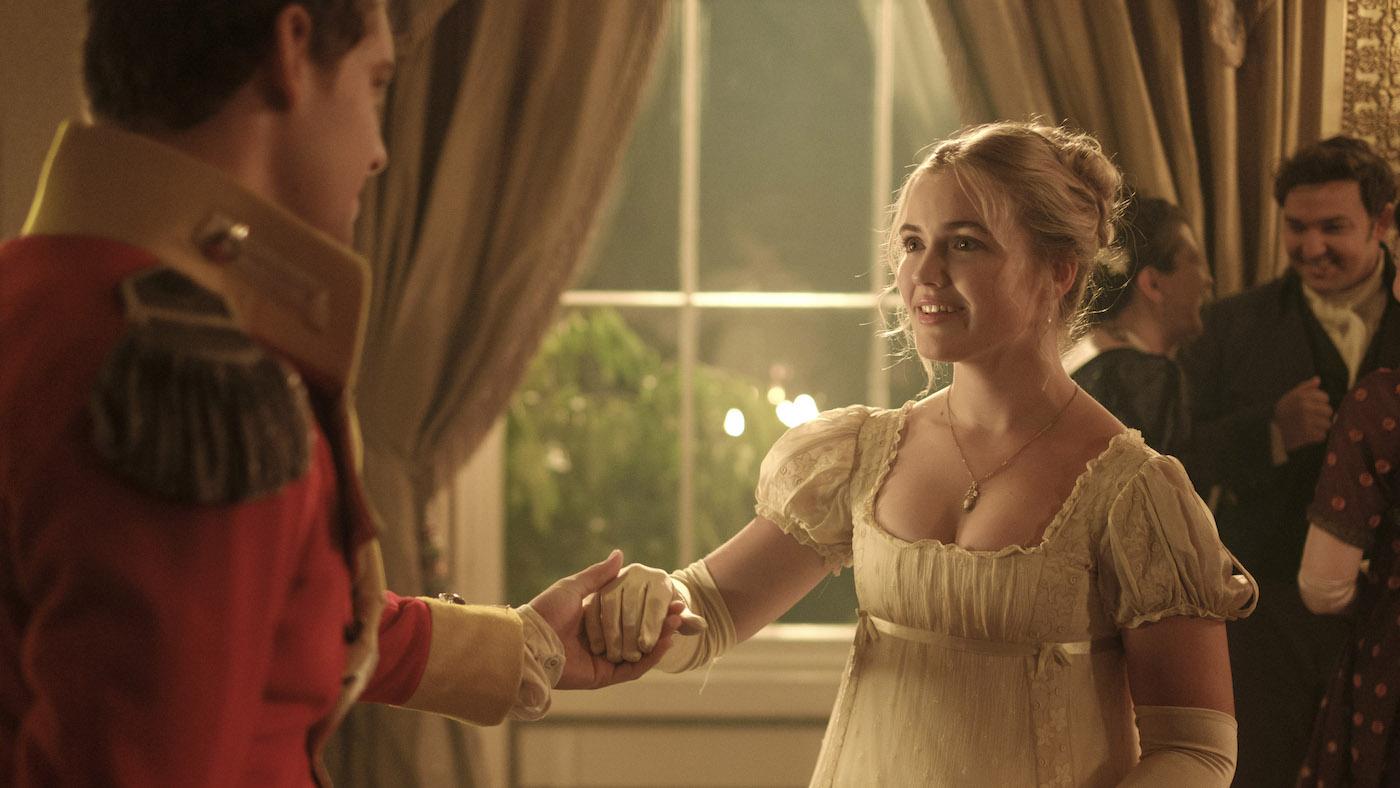 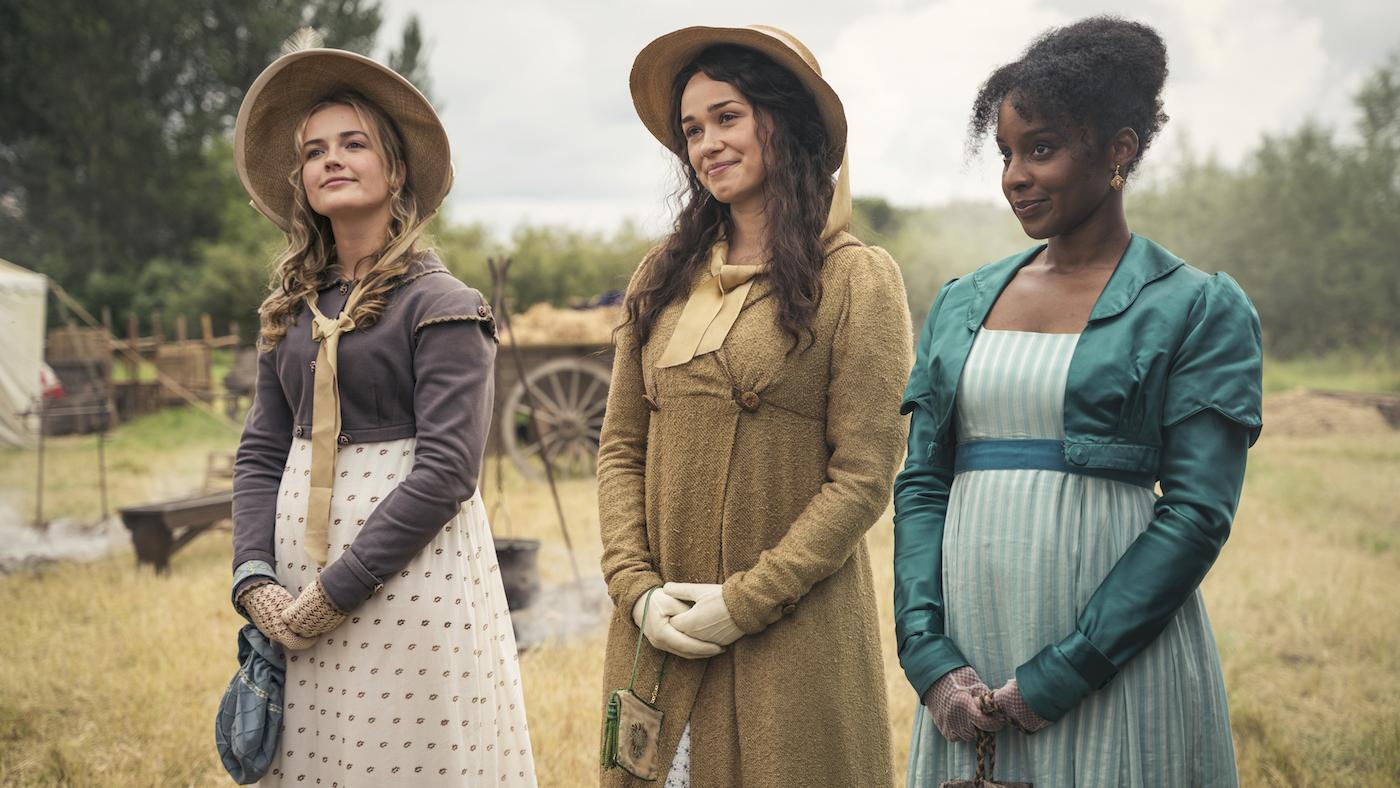