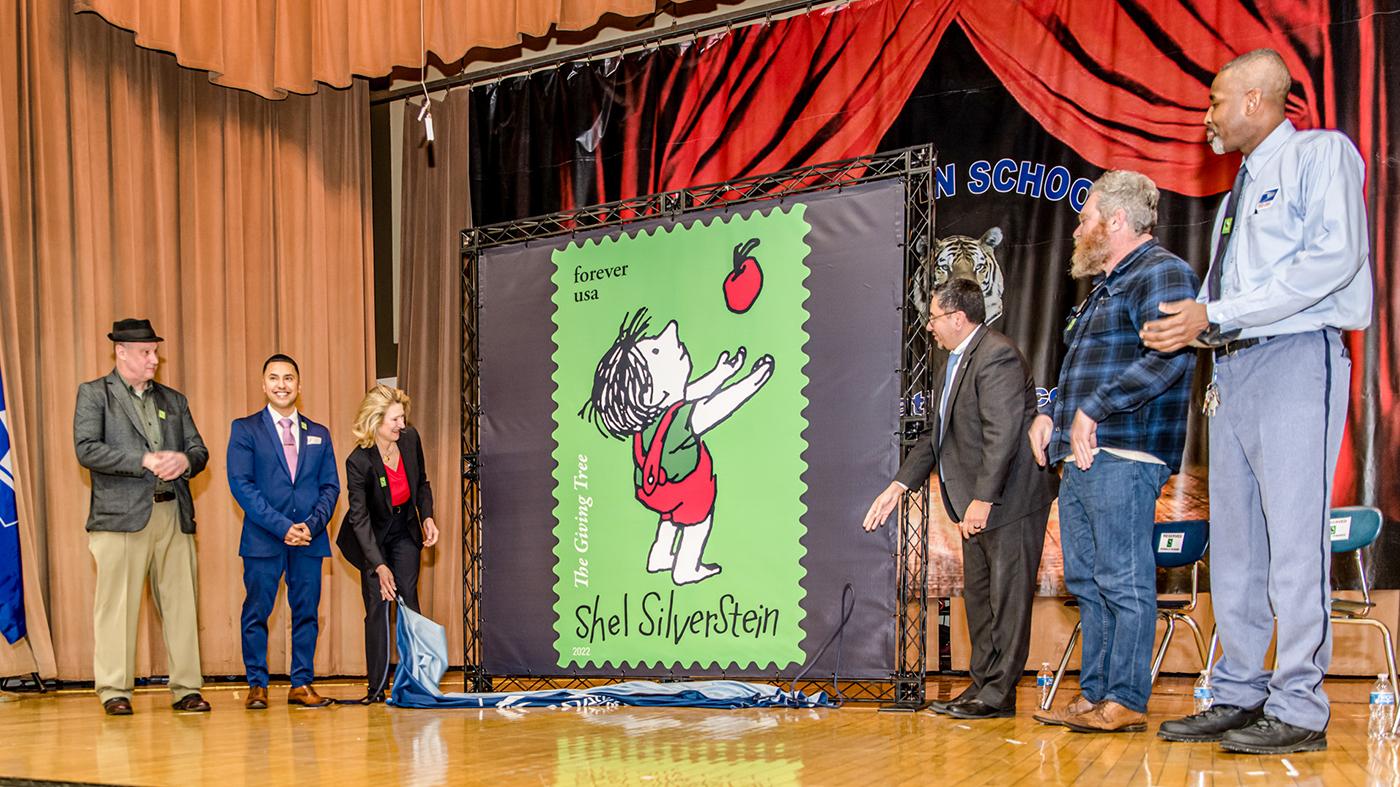 The memorable image of a beloved children’s book by a Chicago-born author and illustrator is now preserved on a stamp.

Shel Silverstein, the late author and illustrator of The Giving Tree, was recently honored at a Forever Stamp dedication ceremony by the United States Postal Service. The ceremony took place at Logan Square’s Darwin Elementary School, which Silverstein attended as a child. The new stamp features the boy from The Giving Tree reaching out to catch the tree’s apple. 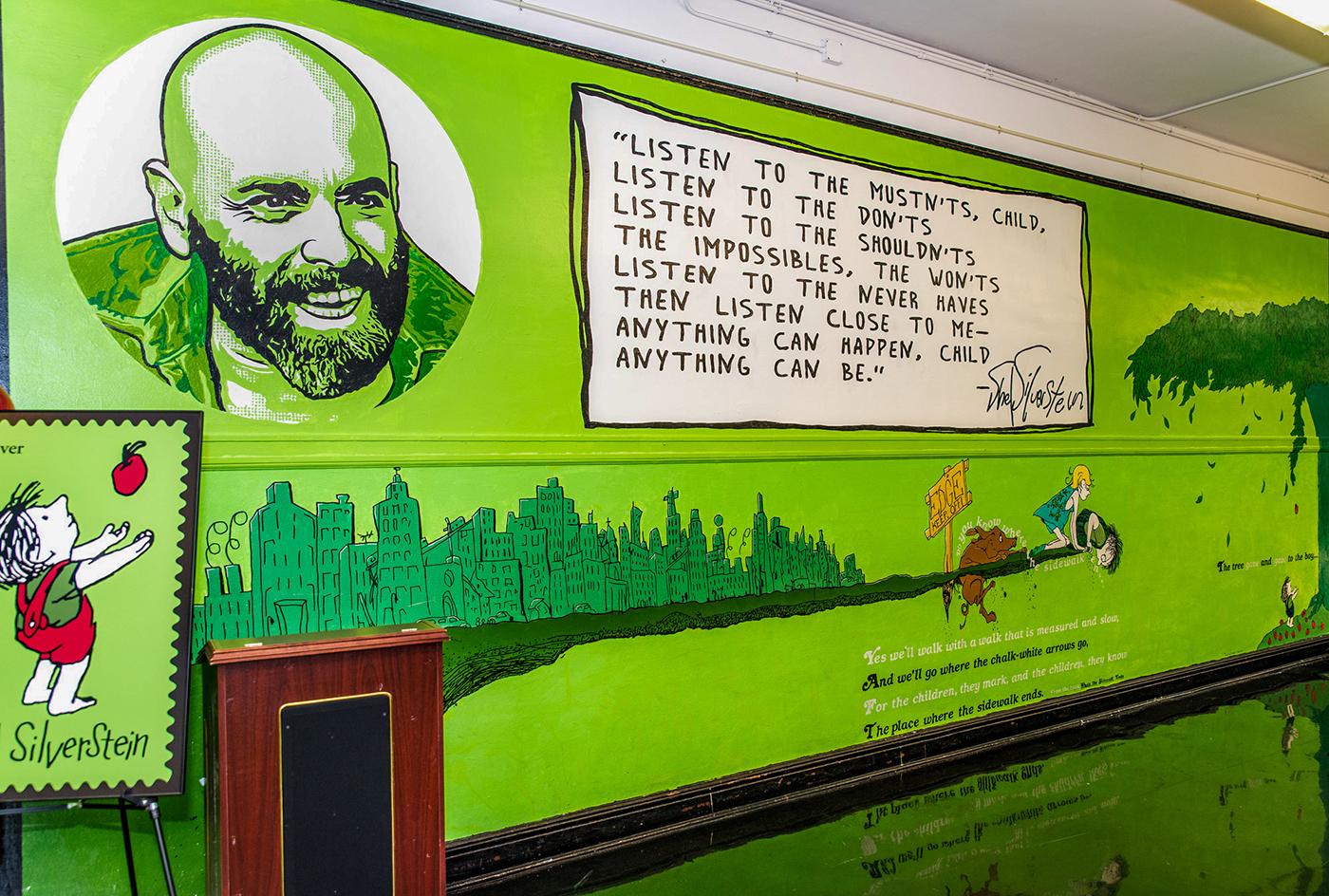 Shel Silverstein attended Darwin Elementary School in Logan Square as a child. The school has this mural of him. (Photo: USPS photographer Nate Chavis)

Born Sheldon Silverstein in 1930, the writer grew up in Logan Square and began drawing as a child. He attended Roosevelt High School in Albany Park and later the University of Illinois and Roosevelt University. Silverstein was a devoted White Sox fan and even worked as a hot dog vendor at Comiskey Park as a kid, according to the Chicago Literary Hall of Fame. As a soldier serving in Japan and Korea, he began publishing his cartoons in Pacific Stars and Stripes, per his website.

Silverstein had varied creative interests, most often with an adult audience in mind. He was a cartoonist for Playboy magazine, for which he created humorous, illustrated travelogues while traveling around the world.

“He could be silly or serious—and anything in between,” Judy de Torok, the Postal Service’s vice president of corporate affairs, said at the stamp dedication ceremony.

Silverstein also wrote music and played guitar. His 1969 song “A Boy Named Sue,” most popularly sung by Johnny Cash, earned him a 1970 Grammy Award. He also wrote the 1972 song, “The Cover of ‘Rolling Stone,’” performed by Dr. Hook and the Medicine Show. In addition to his songwriting and cartoons, he also worked as a playwright.


But there was another side to Silverstein. A whole generation of children knew him not for his music or adult cartoons, but as a children’s poet and author of beloved classics.

In 1964, Silverstein’s The Giving Tree was published. It tells the story of a boy and a tree from youth to old age. As the boy grows up, he takes more and more from the tree, until returning as an old man to rest against the stump that remains, in a somber reflection on love and selflessness.

Silverstein wrote popular children’s poetry, including Where the Sidewalk Ends; his recording of it won him another Grammy in 1984, for Best Recording for Children. According to Silverstein’s website, his 1981 book of poems, A Light in the Attic, was “the first children’s book to break onto the New York Times bestseller list, where it stayed for a record-breaking 182 weeks.” His books are published in 47 different languages and have sold 20 million copies around the world.

Silverstein died in 1999 at age 68 and is buried in Norridge, Illinois. He was inducted into the Chicago Literary Hall of Fame in 2014.

“With his witty rhymes and whimsical, nonsensical verse, it was clear that he loved to play with language,” Torok said. “It was also clear that his many readers—young and old alike—loved him for his clever word play."