How Czechs Have Shaped Chicago's History 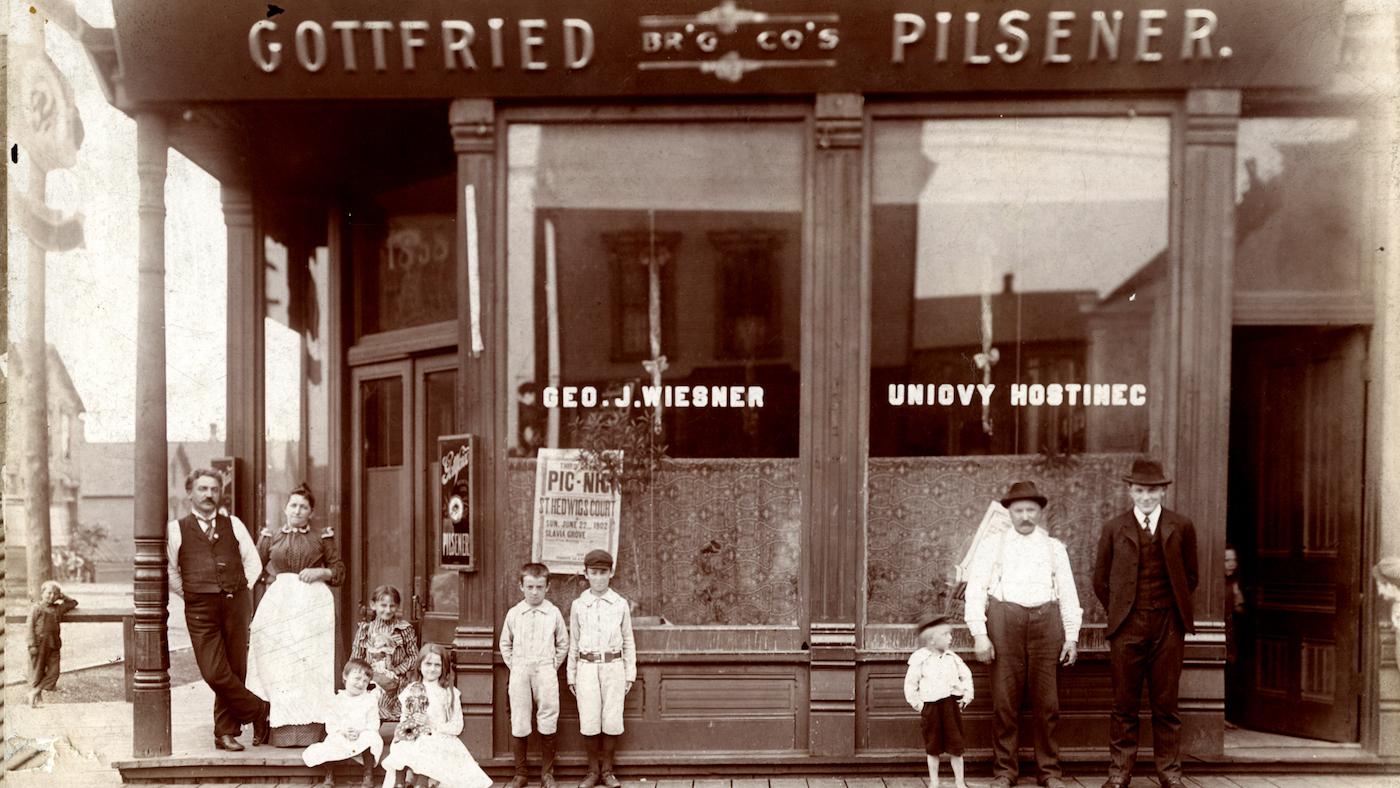 “[The Czechs] had a very strong feel for commerce, and they assimilated very quickly,” says the producer of a new documentary about 'Czechs in Chicago.' Photo: Courtesy Czechs in Chicago

At the turn of the twentieth century, Chicago had the third-largest Czech population in the world, according to the Encyclopedia of Chicago, behind only Prague and Vienna. The prominent presence of Czechs in the city was evident in the names of neighborhoods like Pilsen or sites like the Bohemian National Cemetery on the Northwest Side, and in the emerging political career of the Czech immigrant Anton Cermak, who would be elected mayor of Chicago in 1931 as a Democrat. There has not been a Republican mayor since.

Cermak “is kind of the George Washington of the Democratic machine,” says Laurence Jacobs, the producer and editor of the new documentary Czechs in Chicago, which premieres on WTTW on Friday, May 20 at 8:00 pm. “And he represents the freethinker movement to Czech Chicagoans,” adds Susan Marcinkus, the producer and director of the documentary. “There’s this progressive independent strain in the Czech people.”

The freethinkers were anti-Catholic, and made up a significant portion of the Czech population in Chicago—Bohemian National Cemetery was founded by them, and they had their own newspaper. “The Czechs always had a more liberal take on religion, going back centuries to the reformer Jan Hus, and they always felt strongly about their native language and their traditions,” explains Marcinkus. “So it was hard for them being under the domination of the Austro-Hungarian Empire for so long. If they wanted to move forward in life, they had to become Catholics, and their language was repressed.”

According to Marcinkus family lore, her grandfather, a Slovak, was arrested for speaking Slovak in public. (Slovaks, neighbors of the Czechs, were also part of the Austro-Hungarian Empire. The two peoples were combined in an independent Czechoslovakia first established after World War I. After various iterations, it split into two states in 1993: the Czech Republic and Slovakia.)

“Like many immigrants, Czechs came to America and Chicago for economic reasons,” says Marcinkus, “but—this is a wonderful thing—many of them I think came for the freedom. They wanted that freedom that they were so deprived of during the empire.”

The long Czech tradition of dissent and anti-institutionalism, especially among the freethinkers, manifested itself in political action in Chicago. Czech laborers were a major part of the tumultuous labor movement in late-nineteenth century Chicago, playing a substantial role in both the nationwide railroad strike of 1877 and the 1886 strike for an eight-hour workday that led to the tragic Haymarket Affair.

“I didn’t know about the Czechs’ involvement in labor, and along the way we realized, wow, this is quite a contribution,” says Jacobs. “Their sense of rebellion and independence impressed me the most.”

Czechs in Chicago also worked for the independence of their nation from the Austro-Hungarian Empire, providing funds and support and frequently hosting one of the eventual founders of an independent Czechoslovakia, Tomáš Masaryk. “Chicago was the major U.S. city for the activity that ultimately brought freedom and sovereignty to the Czechs right after World War I,” says Marcinkus. “There was, and still is, a very strong connection between Chicago and the Czech lands.”

Masaryk’s daughter Alice, a sociologist, also spent time that she described as formative in Chicago, working with Jane Addams at Hull House. She was one of several Czech women writing in Chicago: “There was a huge Czech women’s press, and it was all women, from typesetters to printers to publishing and writing,” says Marcinkus—another instance of Czech progressivism.

“I think the U.S. and Chicago specifically gave the Czechs a great feeling of empowerment to attain their goals,” says Marcinkus, “They were very appreciative of democratic ways and felt strongly about engaging in the democratic process.”

They were also deeply involved in their communities, including through sokols, or gymnastics societies, which served as gathering places and cultivated a sense of community. “They had a very strong feel for commerce, and they assimilated very quickly,” says Marcinkus. “Several Chicago historians, including Dominic Pacyga, have told me how the Czechs assimilated faster than almost any other ethnic group. Their upward mobility was huge.”

As Czech communities became more established, they moved continually westward: first from the near west side, then to Pilsen and what is now Little Village, and then out to the suburbs of Cicero, Berwyn, and Riverside. (The trajectory follows Cermak Road, named after that Czech politician.) But they retained their culture and connection to Europe: “Oftentimes, people said English is the second language, and until fairly recently there was more Czech spoken than English” in some of those neighborhoods, says Marcinkus.

George Halas, the founder of the Chicago Bears, was Czech, as was Ray Kroc, who was responsible for the global expansion of McDonald’s. Judy Baar Topinka, Illinois’s first woman state treasurer, broke with the Czech tradition of allegiance to the Chicago Democratic Party that had culminated in Cermak’s election as mayor.

As Marcinkus says, “The Czechs contributed a profusion of gifts to Chicago.”