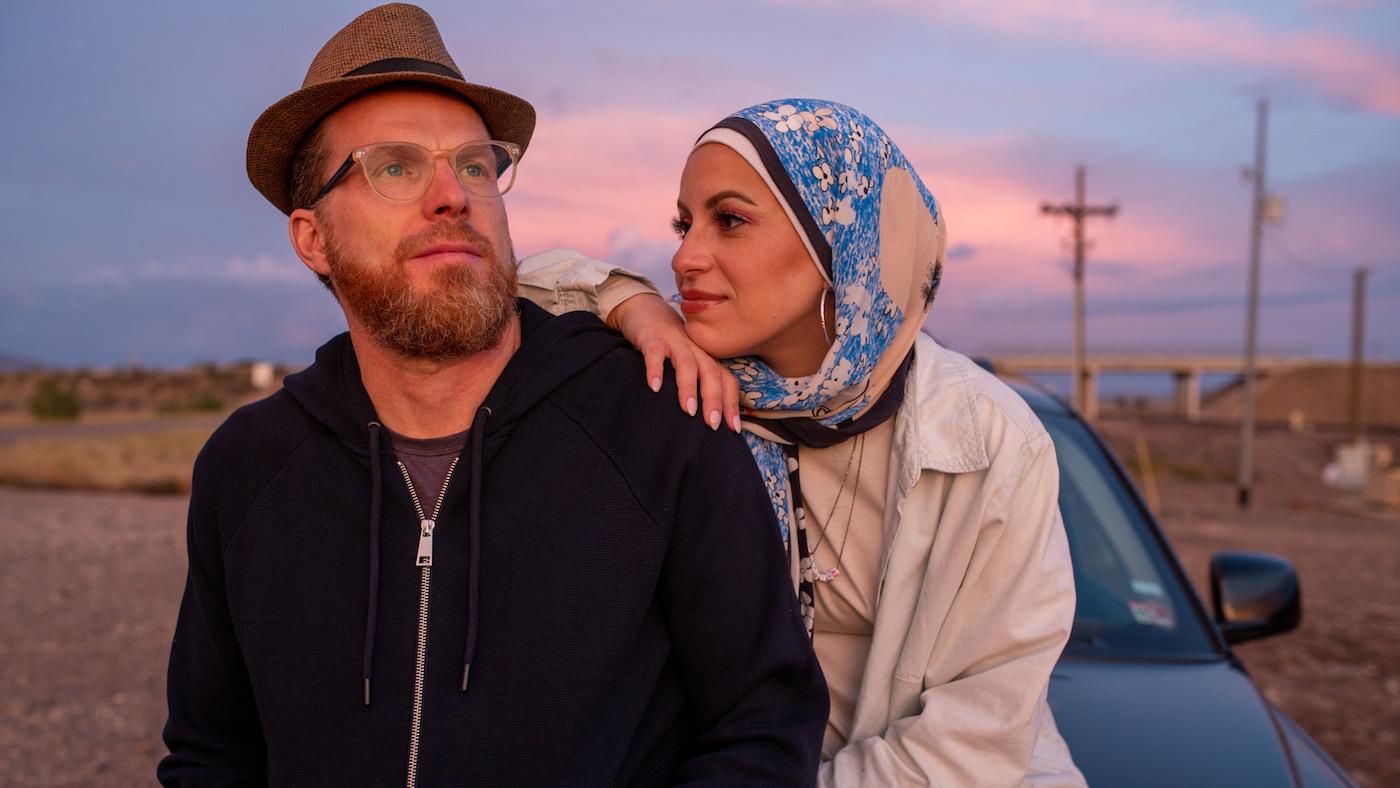 There are as many ways to be Muslim in America today as there are Muslims in America—around 3.5 million as of 2017. Mona Haydar and Sebastian Robins, the stars of The Great Muslim American Road Trip, set out from Chicago in their new show to travel Route 66 across the country and discover just a few of the different ways Americans adhere to Islam, as well as the long history of Muslims in this country.

Haydar and Robins themselves are exemplary of the diversity within Islam in America. Haydar is a hijab-wearing rapper who was raised by Syrian immigrants in Flint, Michigan; Robins, her husband, had Jewish and Christian parents but converted to Islam after meeting Haydar in New Mexico. We spoke to both of them about the show and what they learned on their Great Muslim American Road Trip.

Why did you want to explore Islam in America via a cross-country road trip?

Mona Haydar: It was a really exciting opportunity, coming out of a really intense year and a half of isolation. It just felt like a beautiful trip to take. My mom was so gracious; she took our kids. We had this great trip where we could reconnect and explore the heartland, which is something that neither one of us had ever really done before.

We would stop at these mosques and want to pray and we would be welcomed with a lot of generosity and openness, even by communities that had experienced great hardship and loss: at least two of the communities we visited had experienced arson. Their mosques had been burned down in Islamophobic hate crime-type acts. We were just welcomed in as travelers, as visitors. We were having this sort of micro experience, which was reconnecting inside of our marriage, and also this macro experience of learning about ourselves as Muslims in America, and the history of Muslims in America, just by virtue of being Muslim taking this trip.

What was the most surprising thing you learned on your trip?

Haydar: One of the most surprising things was when we visited the Zuni Pueblo in New Mexico and learned this indigenous oral history that’s been passed down for generations that shares the story of possibly the first Muslim that came to this land. It was really kind of mind-blowing to learn that history of Mustafa Azemmouri, who was brought as a slave by the Spanish and was so adept at language that he taught himself indigenous languages. Growing up Muslim in America, you would think I would hear this fantastical folk tale of the first Muslim on this land, but I’m well into my thirties, I have two children, and I had never heard this before.

Your trip starts in Chicago. Do you have any connections to here, or impressions of the city?

Robins: I lived in La Villita, near Pilsen. It’s where I got my first experience as an educator: I became a teacher and I started teaching down there.

In Chicago, we meet Maryam Ali, Muhammad Ali’s daughter, who is just gracious, beautiful, powerful, funny, warm…she was such a great person to meet at the beginning. She kind of blasted us off on our journey.

Haydar: I love Chicago. I grew up in Flint, Michigan, so Chicago was where we went to have fun. It was our own little, personal metropolitan excursion. I had family there growing up, my siblings went to Northwestern, my brother-in-law taught at University of Chicago.

I had never been to the Sears Tower, even though I spent so much time in Chicago growing up. And I had no idea that it was designed by a Muslim. [The Bangladeshi-American structural engineer Fazlur Khan designed the structural system for the Sears Tower as well as the John Hancock Center.] That was like, “What?!” Hearing about this genius architect and this iconic building in American history, in American movies, in American culture, and for me growing up not to have known that it was designed by a Muslim. The genius that went into the construction and design, and the level of engineering prowess that he had to make this building be the tallest in the world for decades. I wish I had known about that growing up, because it’s such an affirming thing: “Hey, young Muslim kid, you could do this amazing thing. You could design this incredible structure that the entire world will know about.”

Do you have a goal with this show?

Muslims really haven’t been invited to that table just yet, at least in American media. It felt cool to have that invitation: you just get to be who you are without having to be positive or be bubbly. You just get to be Mona and Sebastian being married, traveling down Route 66. It doesn't have to be bigger or different than that. That was pretty great for me, that invitation to just be ourselves. 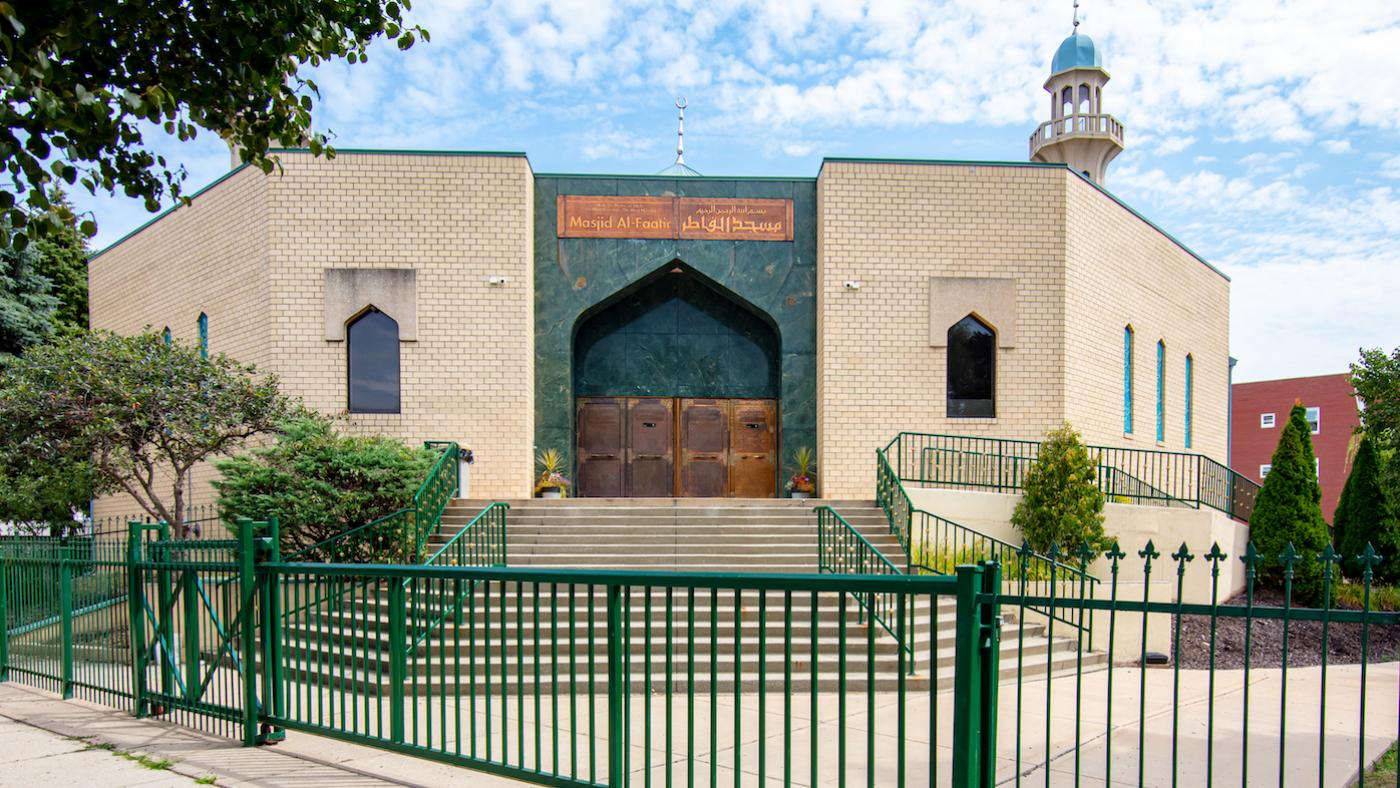