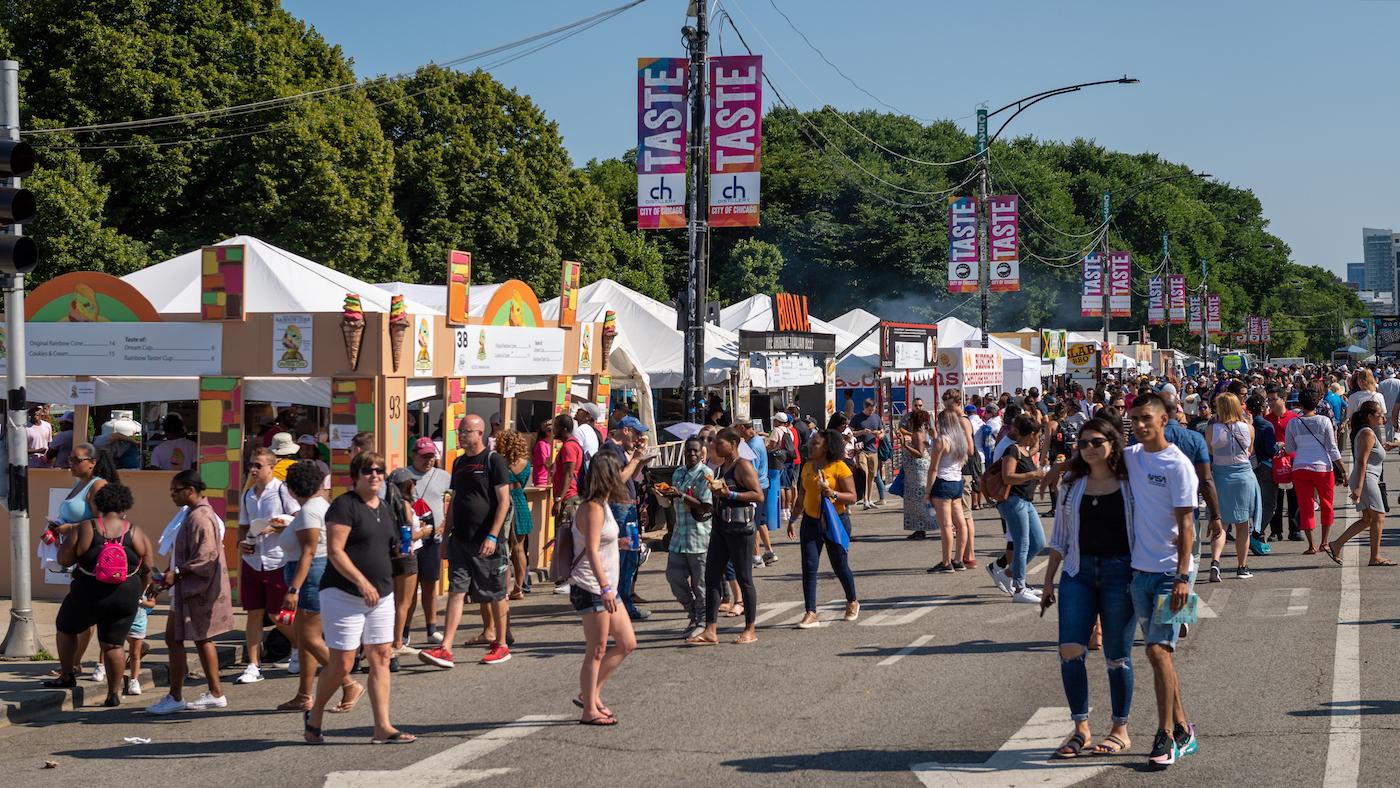 This year's Taste of Chicago will have fewer vendors, but that means more of a chance to try them all. Photo: City of Chicago DCASE

This year's Taste of Chicago, which takes place in Grant Park this year from 11:00 am - 9:00 pm on July 8 through 11, will be a "bite-sized" version due to restaurants' struggles with staff shortages, its programmer told Block Club Chicago. (The Taste also lowered fees for vendors to take part and trashed its ticketing system, allowing people to buy food directly from vendors.) The smaller number of vendors could actually be a silver lining: you'll feel like you're missing out on less vendors due to the constraints of your stomach.

While stalwarts such as Eli's Cheesecake Company and BJ's Market and Bakery are at the Taste, there are also some lesser-known and more unusual eateries participating. Here are seven with some intriguing concoctions. (We don't actually know what each restaurant will be serving at the Taste, so not all of their dishes may be available there.)

This food truck offers steamed Asian dumplings and "baowiches" featuring proteins such as braised pork belly or panko-crusted shrimp nestled into a fluffy bao. Most unusual, however, are fried "kimcheesy" rice balls and a sriracha-spiked pecan fudge brownie for dessert.

Is encrusting a burger, burrito, or tamale with Hot Cheeto dust gimmicky? Of course. Would we try it? Definitely! Especially paired with a refreshing agua fresca to cut the flaming flavor.

The Lincoln Park restaurant, with a takeout-only location in River North, has some fusion-y treats that sound perfect for an outdoor festival: curly fries flavored with Indian spice, chicken wings sauced in a tamarind chutney, Indian-spiced shrimp ceviche on a crackly papadum.

What's more fitting for a festival than fried food or barbecue? This Southern place with locations in South Chicago, the West Loop, and Midway combines both, offering deep-fried ribs and pork chops, as well as smoked brisket nachos, bacon-wrapped shrimp, and more.

Another quintessential outdoor summer food is, of course, the hot dog. Why not try something unusual like a Hawaiian-influenced Obama Dog with pineapple salsa, bacon, and teriyaki, or a Midway Monster with colby cheese, giardiniera, bacon, and BBQ sauce—or sausages with unusual meats such as alligator or rabbit and rattlesnake.

You would normally have to go to Elk Grove Village or find the food truck to sample this Southern restaurant's rich-sounding mac 'n' cheese bowls topped with Philly cheesesteak, jerk chicken, veggies, and more.

It's not too often you encounter vegan Mexican food, but that's what this Garfield Ridge spot offers: everything from gorditas to tamales to smoothies and tacos. A cranberry mole tamale with mushrooms and a green mole tamale with asparagus and zucchini are especially enticing. 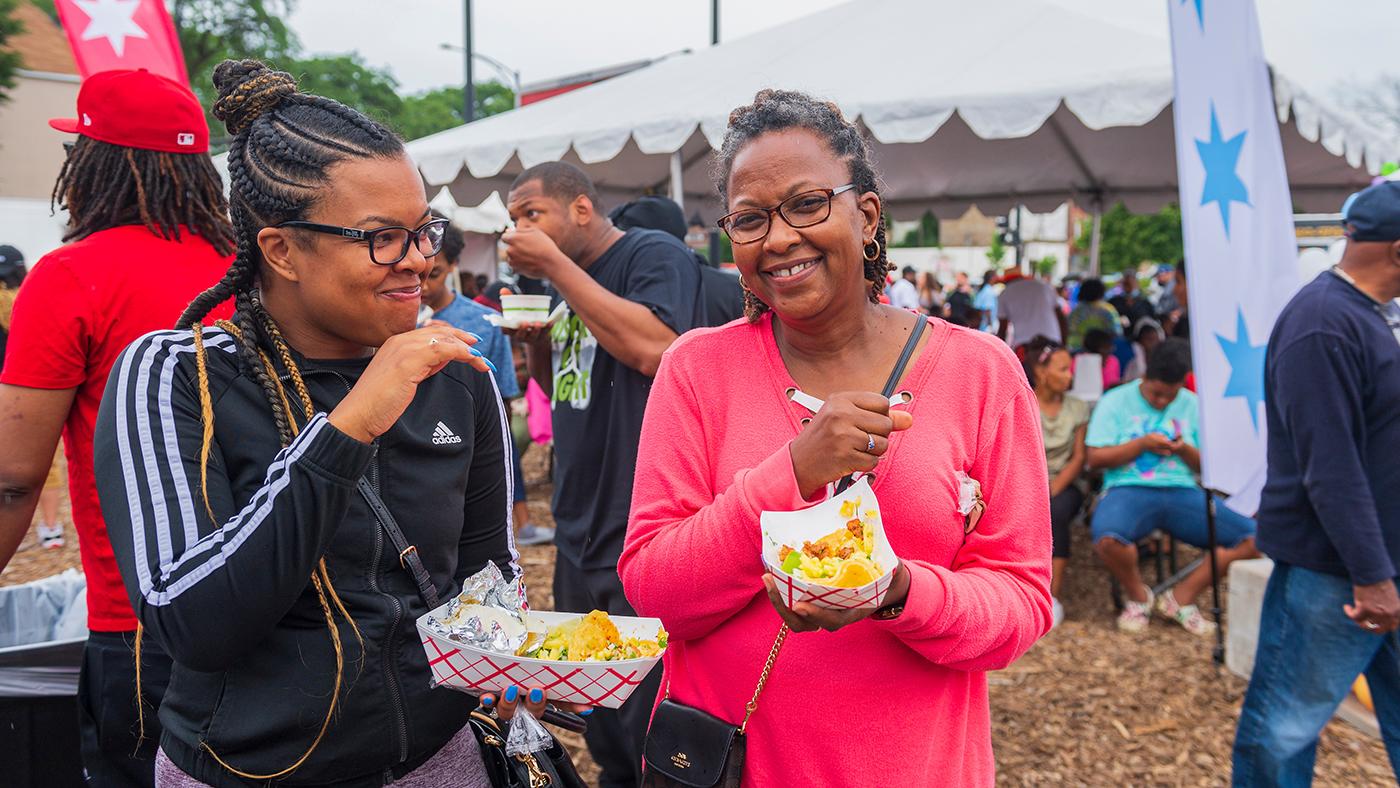 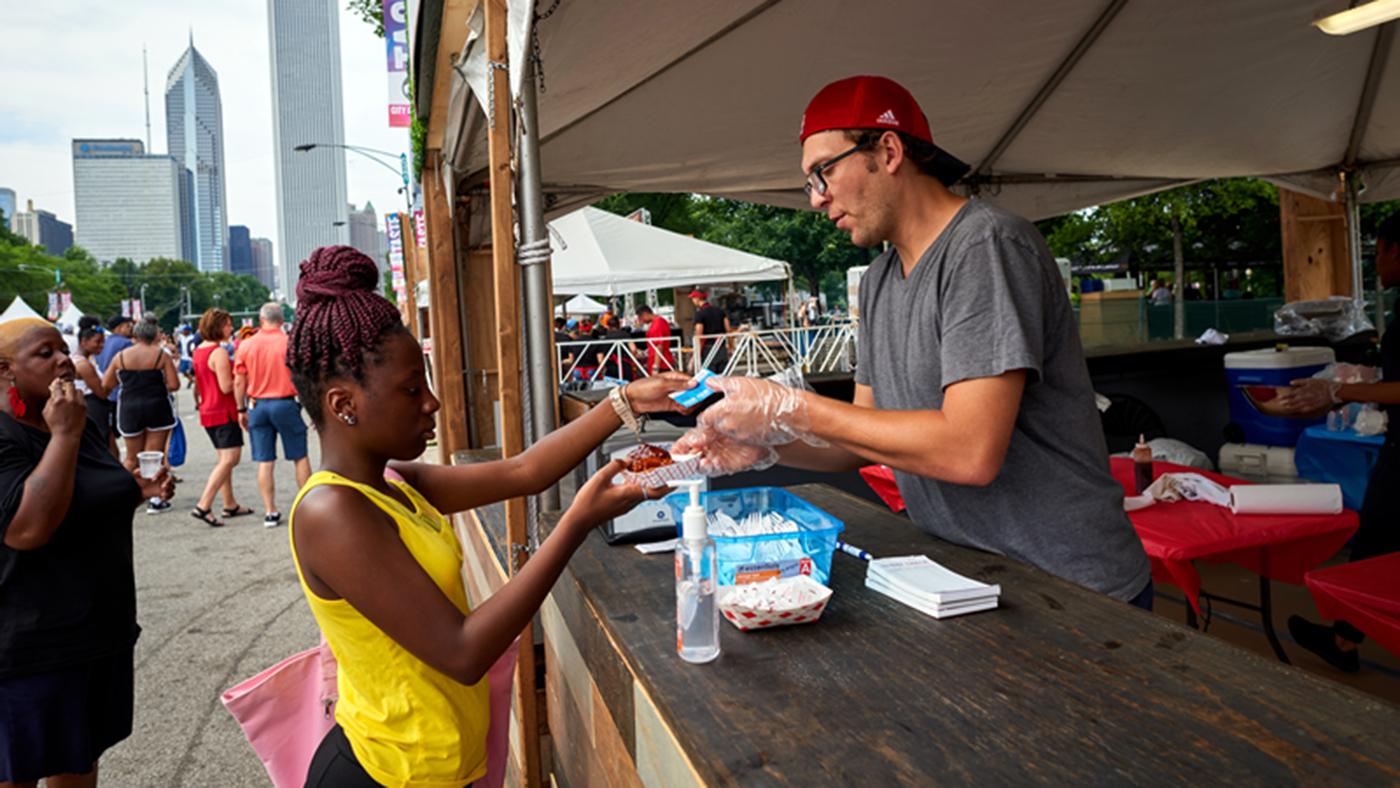 The Taste of Chicago: A Forgotten Predecessor and Vendor's Stories