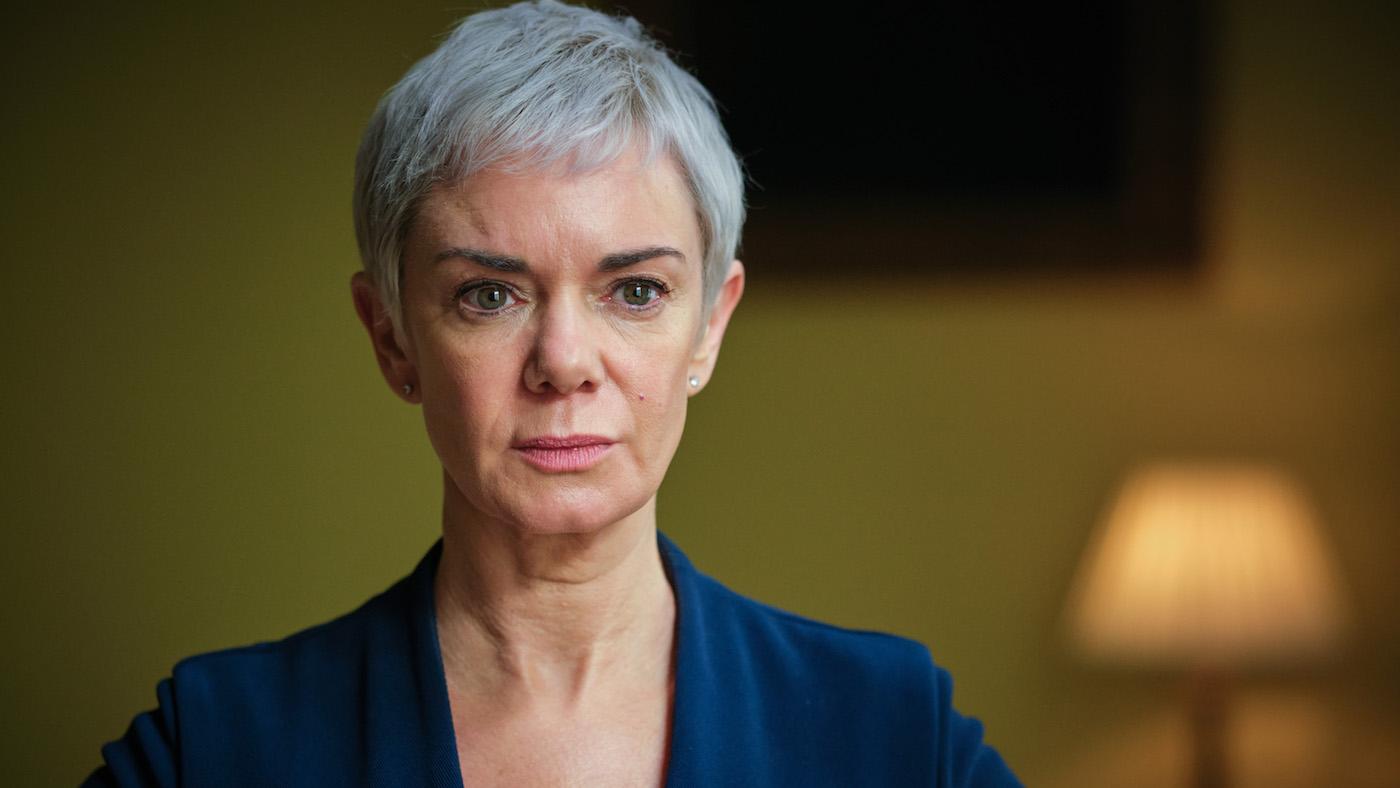 Anna is beginning to disagree with more and more of Robert's decisions. Photo: New Pictures Ltd.

Southeastern England (and Prime Minister Robert Sutherland) can’t catch a break. First, flooding and disaster caused by the explosion of an old munitions ship that sank off its coast; now, the closure of its port of Dover. The system that scans incoming shipments for radioactivity is down in another cyber attack, meaning a dirty bomb could get into the country. Worse, the system was down for five hours before anyone noticed.

The government closes the port and sets off to find and scan every vehicle that came through while the scanners were down. Robert doesn’t want to scare people into stocking up at grocery stores out of fear that more ports will close and disrupt supply chains, so he doesn’t let out much information publicly.

When a truck from Ukraine is discovered to be among those not scanned, the government thus immediately tries to remove people from the industrial park where the truck is found when the military descends to examine it—it’s feared the truck might be a part of the chaos surrounding the assassination of the oligarch Kostenko in England.

The truck is giving off traces of radiation—but they’re coming from blueberries, not a weapon. The fruit was grown near Chernobyl, and was a last-minute shipping substitution. It will be destroyed.

Some people have managed to snap pictures or video of the military approaching the truck.

All of this takes place as Robert’s government is being criticized by the opposition Labour Party as secretive, given the possibility that a Chinese company given a contract by the government may have caused the ship’s explosion by drilling in the ocean. Labour’s leader, Chris Edwards, criticizes the exonerating Singer report leaked by Robert’s government as an attempt to distract the public from the government’s problems.

Amongst these problems, Robert has named his rival Archie Foreign Secretary, to his adviser Anna’s horror. Anna thinks Robert is catering to his party’s far-right supporters—see his list of candidates for a by-election to replace Kent’s Member of Parliament, who died in the chaos following the ship explosion. But Robert argues that he needs strength and experience, and that the move vouches for the integrity of the Singer report, since Archie is returning to the Cabinet from which he resigned after the report’s release.

Robert also agrees with Archie that the government shouldn’t issue a statement about the blueberry truck raid, despite Anna and Joseph’s argument that footage will get out.

And they’re right. Anna first hears of rumors concerning poisoned food from her son. The malware that attacked the scanners has been disarmed, so the port can reopen, but conspiracies are now circulating online. Eleanor is worried about some far-right theories that aren’t far from the truth. But Robert won’t make a statement until all the trucks that got through have been scanned, and there are still nine left to find.

Anna is thus frustrated by Robert when Francine calls her, so she’s happy to meet up with her old friend on the opposing political side. But Francine has an ulterior motive: Chris Edwards wants her to run for the by-election in Kent, and to learn whom the Tories are planning to run. Anna’s upset that Francine didn’t want to see her for her own sake, but warns her that Robert’s top choice will run a dirty, racist campaign. You should run against him, Anna tells Francine. You’d have my vote.

Francine also asks the radio journalist Hari Misra if he would support her. He says yes, but has to quickly hang up to look into his latest tip.

Anna wakes up Robert early when Hari’s news comes out: Robert’s wife Rachel was on a legal team for Kostenko that worked on murky payments. Robert didn’t know; it was years ago, before he and Rachel met. Rachel insists that she didn’t know anything illegal was happening; she was young and barely involved. She didn’t do anything wrong. That’s why she didn’t tell Robert about her association when Kostenko’s name appeared in the news.

Now Robert wants to put out a statement about the port closure—it’s a way to feel like he’s doing something in the face of the scandal with his wife. Anna advises him to wait at this point: there’s only one truck left to find and scan. But panic buying has begun at grocery stores, and mobs are assembling at open ports, convinced that terrorists are bringing in nuclear weapons.

The final truck’s paperwork was falsified, so it has been difficult to track down. But it has finally been found: it’s under bustling Waterloo train station in central London.

The truck has been left in a maintenance area without public access. Whoever deposited it took out CCTV cameras. It’s emitting a high level of radiation, so Fraser begins to institute protocols for sealing off central London, lest it is a weapon.

The truck is empty except for one thing: a human body hanging by its hands from the ceiling. The corpse is the source of the radiation.

Robert addresses his COBRA: does this country need to be ready for war?