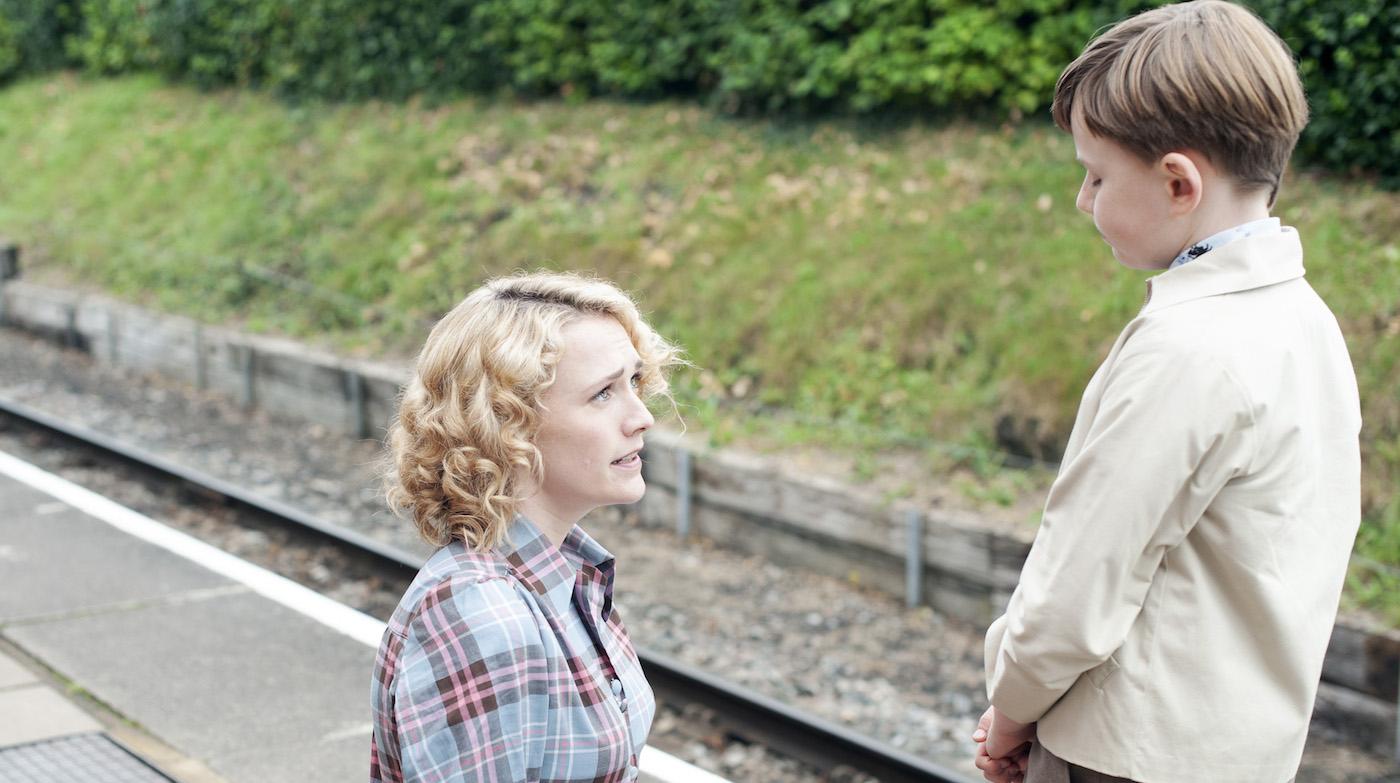 Bonnie is considering leaving Grantchester with Ernie, but is still holding out hope for Will first. Photo: Kudos Film and TV Ltd

Grantchester airs Sundays at 8:00 pm and is available to stream. Recap the previous episode and other seasons. WTTW Passport members can stream more seasons of the show.

Will is on an apology tour—but is it sincere, or just to make himself feel better, as Elliott suggests? When Will tells Bonnie that Maya was a “mistake” from the start, Bonnie says that she’s thinking about leaving Grantchester, now that Geordie is back with Cathy. Will sadly agrees that there’s little reason for her to stay.

He’s even admitting his “liaisons” to Jim Baker, the young man who wants to become a vicar. I’m going to “abstain from love” for a while, Will tells Jim.

He directs his attention to Mrs. C instead, as she goes through her cancer treatment. He prays over her, to her distaste.

Geordie’s newly restored domestic bliss is darkened by the murder of another vagrant, in the exact same method as the previous three. Did he arrest the wrong man? The press didn’t know about the washing and shaving of the men, so it’s probably not a copycat killer. Robin Fellows confessed, so Elliott assures Geordie that he did the right thing, but his guilt deepens even further when he goes to visit Robin and finds that the young man has hung himself.

Robin had been improving with psychiatric treatment, but an orderly did tell him about the new murder that day, thinking it would prove him innocent. Robin also had a visitor that morning: his impassive professor.

Geordie and Will visit her and learn that Robin had asked her to come see him, but he just rambled on. She has an alibi—she was with the master of the college all night—so she’s not carrying out murders on Robin’s behalf. But she does suggest, for the sake of argument, that Robin and the vagrants might be better off dead, given their suffering and inability to adapt to the world. “What harms often teaches,” reads a Latin motto on her office wall.

That motto is written on a slip of paper found on the dead man.

But when Geordie returns to the professor’s office, she’s bleeding on the ground. “He attacked me,” she says as she rouses.

Will is back at the vicarage, smoking and drinking and blasting music as he muses on Bonnie. Geordie has advised him to tell her how he feels. A knock disturbs his solitude: Jim has heard that Robin died, and wants to talk. He admits that Robin confessed to the murders without Jim asking him to—even though Jim committed them. The vagrants couldn’t be helped in this life, he believes, so he freed them from it. Robin helped him wash and shave them but couldn’t go through with the killings—that’s why he had a breakdown. He hoped that by confessing he might stop Jim from more killing, but Jim couldn’t help himself.

And he has his next tortured soul to free: Will. He stabs him.

Will is thus missing as Mrs. C goes into her final treatment, making her extra fearful. But she tells Leonard that she’s proud of what he has done with the café—even though Leonard wants to leave the business behind, having found a new calling helping homeless people.

After Mrs. C wakes from her treatment healthy, Daniel tells Jack when he visits the bustling café that Leonard wants to do other things, like set up a shelter or soup kitchen. I prayed that I would give up my wealth for Mrs. C to come through her treatment, Jack says, and she did. Do what you want—I’ll fund it! Just keep making us proud.

Mrs. C has also returned to prayer, and rediscovered its power after her loss of faith. She prayed at Will’s bedside as he recovered from his stab wound, and thanked God when he finally awoke, with help from blood donated to him by Leonard.

Will was saved by Geordie, who learned from Robin and Jim’s professor that Robin told her he was innocent and that Jim was the murderer. She wasn’t sure whether to believe Robin, so she confronted Jim herself, and he attacked her. Knowing that Jim was religious, Geordie rushed to the vicarage, which Bonnie was just leaving. She had come to talk to Will, but Jim told him he would kill her if Will called to her. Geordie rushed into the vicarage as Jim prayed over Will. Will spotted Geordie and pushed Jim away, and Geordie grabbed him.

As Will faded, waiting for the ambulance, Geordie told Will that he couldn’t die: Bonnie and Ernie needed him—and so does Geordie.

When Will wakens in the hospital, he learns that Bonnie sat with him until he was stable, but is leaving town today, despite Ernie’s wish to stay in Grantchester. Even though he has barely recovered, Will takes off with Geordie to intercept Bonnie at the train station.

Geordie takes Ernie for an ice cream while Will tells Bonnie he wants her to stay and try a relationship, if she’ll let him. He tells her he loves her, and they kiss.

Soon enough, they’re getting married by the bishop. Will’s half-sister Tamara offers Bonnie good luck and goes off to flirt with the bishop; Bonnie charms Will’s stepfather St. John after his mother tells her she’s never seen Will happier. Mrs. C catches Bonnie’s bouquet and hands it to Daniel, while Will and Geordie—his best man—both make speeches.

After the party, Will and Geordie share a moment together—Geordie will be an uncle to Will and Bonnie’s children if they have any. Will tells Geordie he loves him. Geordie reluctantly accepts Will’s hug, and returns the sentiment: “I love you too, son.”