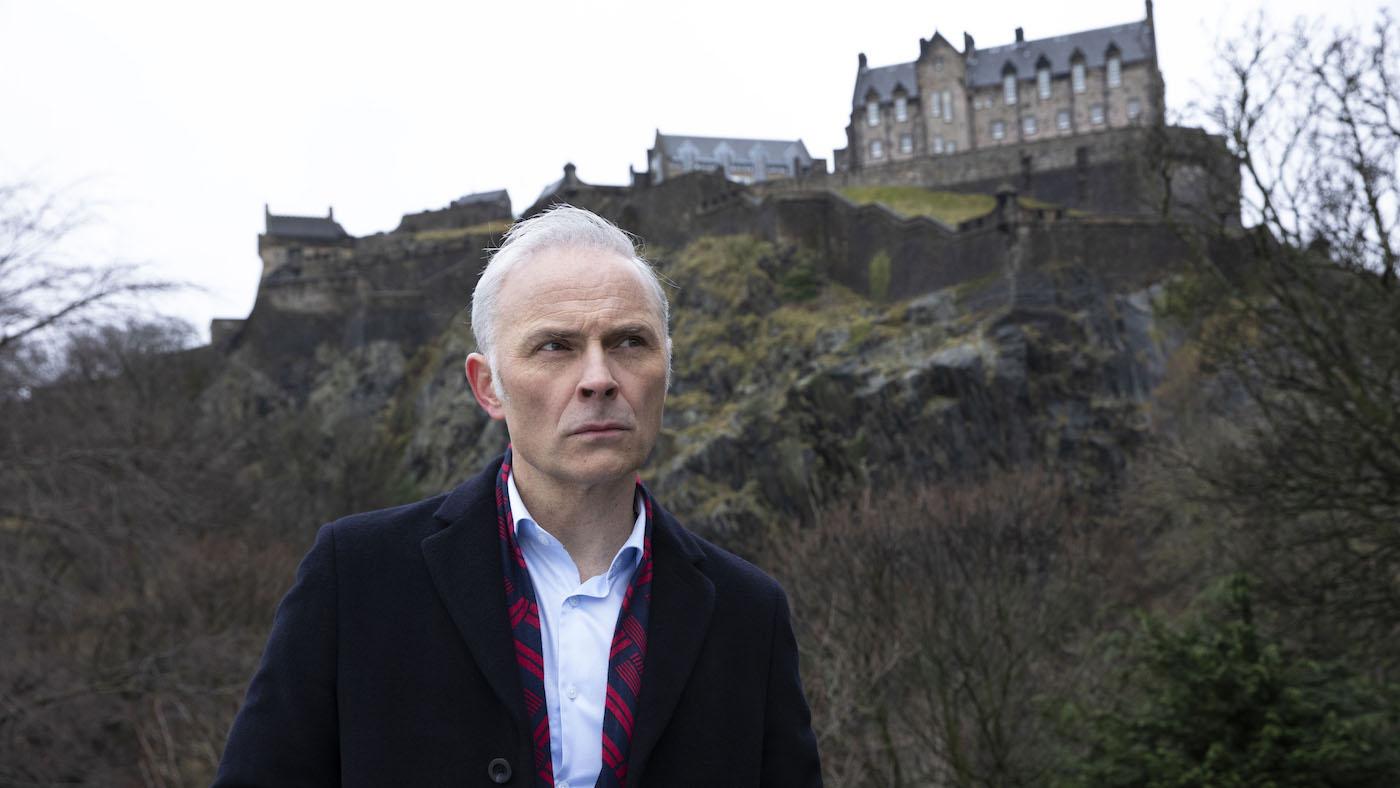 Max is out of prison and trying to build a new life. Photo: Expectation/Happy Tramp North

Guilt airs Sundays at 8:00 pm and is available to stream. Recap the following episode and previous season.

It starts, once again, with an unexpected death. Adrian has been out of rehab for a year, and his partner, Erin, hopes he will finally “stay boring.” But as she sleeps he slips out for some fun. He returns to their palatial home high and with a bag full of cash—and is caught stashing it in the basement by Erin. I took an opportunity, he tells her.

Upstairs, the sound of breaking glass is followed by footsteps. Erin hides; a man comes down the stairs; he shoots Adrian. Erin hits him with a golf club and grabs his gun. He stumbles back onto his feet and lunges at Erin—but she shoots him, to her own surprise. She leaves him lying there, sputtering to death.

Meanwhile, Max has been released from jail after two years. His brother Jake is in Chicago; his only message to Max was a set of keys to his apartment above a Chinese restaurant. Max is determined to claw back his old life, and so visits the crime boss Roy Lynch, who has taken over Max’s law firm and claims to have gone legitimate. I kept quiet for you, Max tells Roy—could you help me out? But Roy tells Max he’s already done him a favor: Max is still alive.

Kenny, the private investigator whom Max once employed, also wants to improve his life. He attends regular Alcoholics Anonymous meetings, where he meets and is drawn to a divorced woman named Yvonne. He has also set up a small legal and investigatory practice in a former day care, where Max visits him. Max tells Kenny he wants to atone for the wrongs he did Kenny by offering his legal expertise to complement Kenny’s legal license.

Kenny sees through it: he’s Max’s last resort, since Max has been disbarred. He asks Max to prove his seriousness by painting over the colorful animals on the walls of his office. When he calls Max that night, exasperated by the noise of his neighbors in his loud apartment and embarrassed by his beat-up car, he tells him he wants a better life. Max has painted the office, so Kenny takes him on as a partner—but you work for me, he reminds Max.

Max is good at manipulating Kenny, however. When Roy turns up at the newly rebranded office of “Leith Legal,” to Max’s surprise, and asks Max to clean a bag of money for legal use and take his usual cut, Max convinces Kenny against his better judgment that they should look into it. Kenny finds a tracker in the bag and they decide to see who comes searching for it.

Where did the bag come from? Turns out Roy is Erin’s father. They’re estranged, but she calls him to deal with the death of Adrian and his pursuer. I don’t know anyone else who does what you do, she tells Roy.

Her father cleans up for her: a policeman will put in a report that Adrian suddenly disappeared and was seen at the airport. Erin finally left him because of his drug problem. The other dead man smells like a drunk and was ex-Army—it can be made to look like a suicide. Roy also offers Erin the money, once it’s clean: it can make up for the damage Adrian did to her. But she doesn’t want it.

Roy tells her he doesn’t do this kind of thing any more; he’s legitimate now. She doesn’t believe him. When she wakes up in the morning, everything is taken care of.

Except that Adrian had been forging her signature on checks, so she has much more debt than she thought. She’ll take the money after all.

If it comes through. Max visits her at her house—he has unraveled the amateurish blind trust Roy set up for him to give her the clean money without knowing her identity. Max claims to be doing due diligence for the trust; she tells him she doesn’t know Roy and that she’s separated from her husband, so he couldn’t have set anything up for her either.

She also tells her mother, who is in a wheelchair and lives in a retirement community, that Adrian is gone. Her mother is delighted. She’s separated from Roy, but Erin admits to her that she contacted her father.

Later, her mother warns a cocky salesman for new units in an upcoming development in Leith not to take advantage of the residents of the community. Roy and an associate visit the man later, and he ends up with a knife in the chest.

Yvonne finally talks about herself in an AA meeting, and Kenny decides to take her up on her offer to have tea together, even though it’s frowned upon in AA circles. They enjoy each other’s company, and want to see each other again—although Yvonne doesn’t reveal that she’s a policewoman.

Stevie, the corrupt cop who works for Roy, was recently promoted over Yvonne to everyone’s surprise. Stevie dumps a ton of paperwork on her desk while asking her about AA. Later, another colleague hands her a missing persons report filed by Stevie that has a mistake. She’ll re-file it. It’s for Adrian.

Roy tells Erin that she should have embraced his notorious name rather than running from it while growing up. You’re made of steel, he tells her—you could be my heir. You didn’t call the police after you killed a man.

She thanks him for the money.

Kenny dumps said money, in its duffel bag, near an underpass. He watches it and eventually sees a car pull up at night. A grizzled priest gets out, takes the bag, and leaves

Max meets a woman named Jackie in the park. They have met before; she came to see him and offered him just what he needed: an opportunity for revenge. He hands over a flash drive.