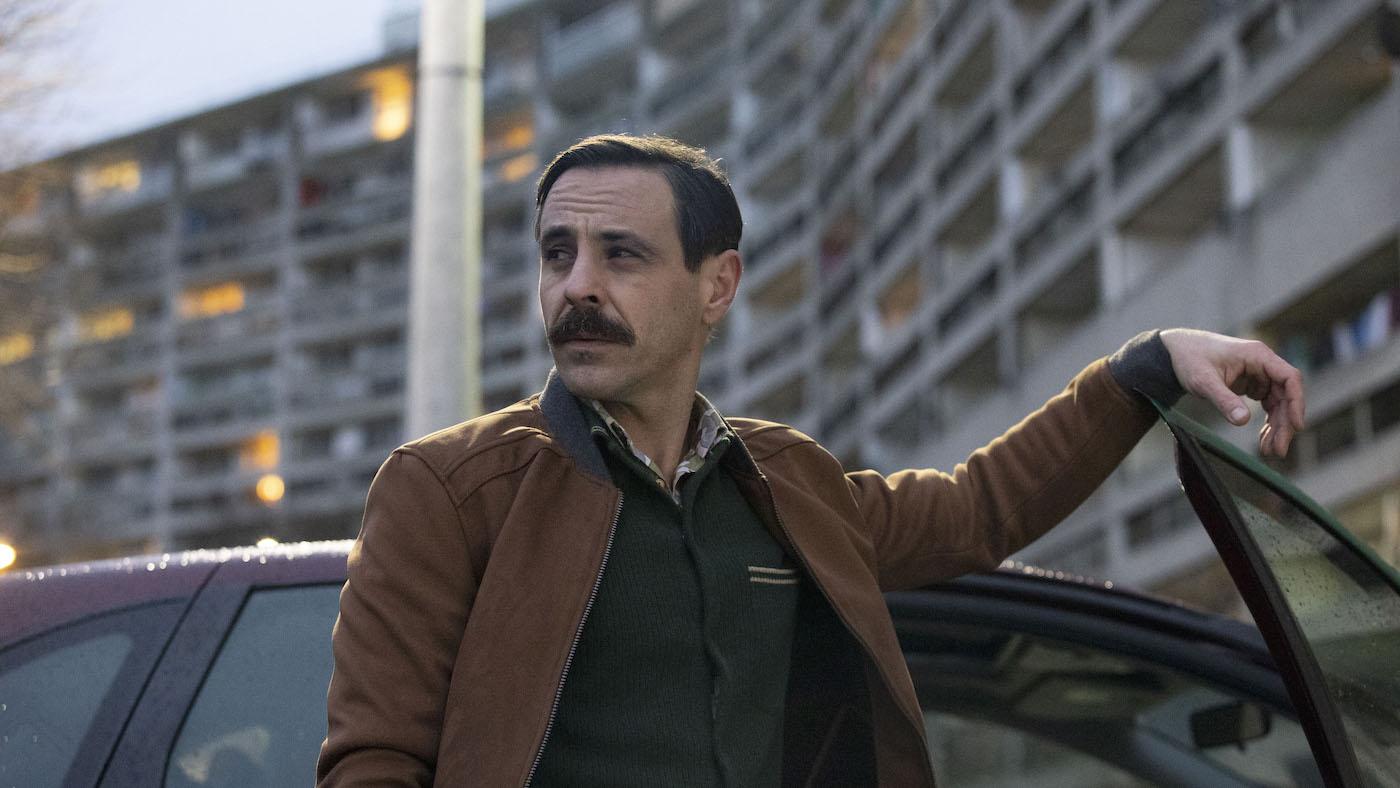 Kenny gets caught up in the complications of his new girlfriend and Max. Photo: Expectation/Happy Tramp North

Guilt airs Sundays at 8:00 pm and is available to stream. Recap the previous and following episodes and previous season.

Max and Erin are both self-conscious that they slept together. But they’re not embarrassed about their plan to take down Roy: Erin wants to prevent her father from leaving a legacy by constructing a huge development in Leith. Max has seen through the holding companies disguising Roy’s identity as the developer.

Erin puts a plan in motion: she tells her mother she saw Roy leaving her mom’s home, and that she has decided to leave Edinburgh. To keep Erin from leaving, Maggie admits that Roy and she own the Leith land together, and that she wants it to bring the family back together—they can share it. Roy has spent decades working towards this, she says, to make you proud. Erin pretends to acquiesce to owning part of the land—but wants her own lawyer.

And that’s where Max comes in. Roy suggests him as a clean-seeming outside party—but first he’ll check to make sure Max doesn’t have a deal with the police, given that he got out of prison early. And Maggie insists that they set up a form of insurance.

On Roy’s order, Stevie asks Yvonne to pull Max’s file for him. She runs it by Jackie first, who tells her to remove a note about Max’s cooperation with her and then give it to Stevie. Stevie tells Roy Max is clean.

Yvonne also mentions to Jackie that she knows someone—Kenny—who works at one of the addresses Jackie is surveilling. Jackie says Kenny is not the target but asks if his association with Max will be a problem, and Yvonne says no: she is willing to work Kenny for information.

Kenny invites Yvonne to dinner at his place. Yvonne pries a bit into Kenny’s business, asking if he trusts Max, and later tells Jackie that Kenny is clean and doesn’t know what, if anything, Max is doing under the table. She sleeps with Kenny.

Kenny has been doing his own investigating on behalf of Teddy: he recognized the card that was found in Joe’s pocket after he died, and visited the casino it’s from, where he got security footage of Joe and Adrian and the bag of money. Max doesn’t want to know anything about it: he’s terrified of Teddy, Joe’s brother and Max’s former cellmate, and wants plausible deniability.

But when Teddy appears at Leith Legal—he’s good at picking locks—he finds the security camera photos and scares Kenny into telling him where the casino is. He then proceeds to follow the casino employee visible in the security camera footage, from whom he gets Erin’s address—and then shows up inside her house to watch her.

Meanwhile, Max has been learning more about Erin. She narrates the beginning of her estrangement from her dad: one Christmas Eve, she saw her mom washing blood from her dad’s hands. Soon afterwards, her mom was driving her dad’s car and was forced off the road, leaving her in a wheelchair. Erin threatened to call the police, but her mom forestalled it: Roy was leaving, and a policewoman—Jackie?—was already after him. That was the end of Erin’s relationship with Roy.

Max then recognizes Adrian in a photo in Erin’s house from the casino footage and leaves in a rush, afraid that she’s involved with Joe’s death. Except he’s grabbed by Jackie before he gets anywhere, and put in a jail cell. She thinks Max is too close to Erin, but he insists he’s working her to get information on Roy and a murder he committed some twenty years ago on Christmas Eve. Jackie gives Max two weeks to produce a “confession or a body.”

Max is thus free in time to write up a deal for the Leith land, which Erin signs. But Roy is suspicious: Erin accidentally gave away that she already knew Max.

Max and Erin have suspicions about each other, but decide to leave them aside and not ask too many questions as their relationship deepens.

While Max’s romance intensifies, Yvonne has to end hers with Kenny. On Jackie’s behalf, she looks into a missing person report, on a man who disappeared on Christmas Eve twenty years ago, a week after retiring. He had previously worked at a children’s home that burned down. The barman at the pub where the man was last seen initially said in a police statement that he left with Roy’s wife Maggie. But the barman came in the next day to remove mention of Maggie from his statement—witness intimidation, anyone?

Jackie is excited to be closing in on getting Roy for the murder of this man. She tells Yvonne to dump Kenny, to allow Max the space to get a little bit more evidence on Roy. Yvonne reluctantly calls Kenny and tells him they have to stop, even though she doesn’t want to.

Kenny begins to suspect Max has something to do with the sudden end to his relationship, since Yvonne is a policewoman and Max can be shady. He picks the lock on a drawer in Max’s desk and finds the flash drives of Max’s recordings of conversation with Roy. He hears one in which Max tells Roy he doesn’t care about Kenny. Kenny calls Yvonne and asks her why she asked him if he trusted Max. She won’t answer.

Kenny has already warned Max that Teddy saw the casino camera footage, so Max is terrified when Teddy appears in his apartment. He tries to warn Teddy against pursuing Erin, if she was involved in Joe’s death, since she’s Roy’s daughter. Teddy doesn’t care—and he warns Max that even Max is not safe from Teddy’s anger. Max promises to find out what happened to Joe, and tells Teddy he hasn’t forgotten what Teddy did for him.

Roy, meanwhile, knows Erin is working with Max and is trying to turn her away from him. Roy can help Erin find a way out from this mess; if she accepts, he can do the same for Max. But Erin is beginning to suspect that it’s not her father she should worry about but her mother.

She’s right. Roy has failed to convince Sandy to sell his church for the Leith development. Sandy wants redemption first, twenty years later, for the thing he and Roy did that Christmas Eve—that they buried nearby, and that Roy will build a park over so that no one ever digs it up. Sandy wants to tell Albert’s family.

So Maggie has a go at Sandy. She knows how Albert affected Roy and Sandy—Roy had nightmares for years, which she tried to allay by having the school burned down. But when Albert retired and was lauded in the newspaper, everything came back. She knows Roy and Sandy were simply going to confront Albert and try to get a confession, but she also knew that wouldn’t solve anything, so she stepped in. Albert was already dying by the time Roy and Sandy arrived; Sandy just put him out of his misery. It was an act of mercy.

As was driving Maggie off the road. The crash allowed her to hide behind a wheelchair just as the police were closing in, and to let it seem like Roy was behind everything—a lie, just like the wheelchair. She stands up and grabs Sandy’s crotch, simultaneously threatening and flirtatious. You didn’t kill Albert, you didn’t cripple me, and our little betrayal can stay between us, she says.

She then sends someone to break down Max’s door and bring him in to see her. We have insurance against you messing things up, she tells him. It takes advantage of your weakness, and it has just arrived. It’s his brother Jake.