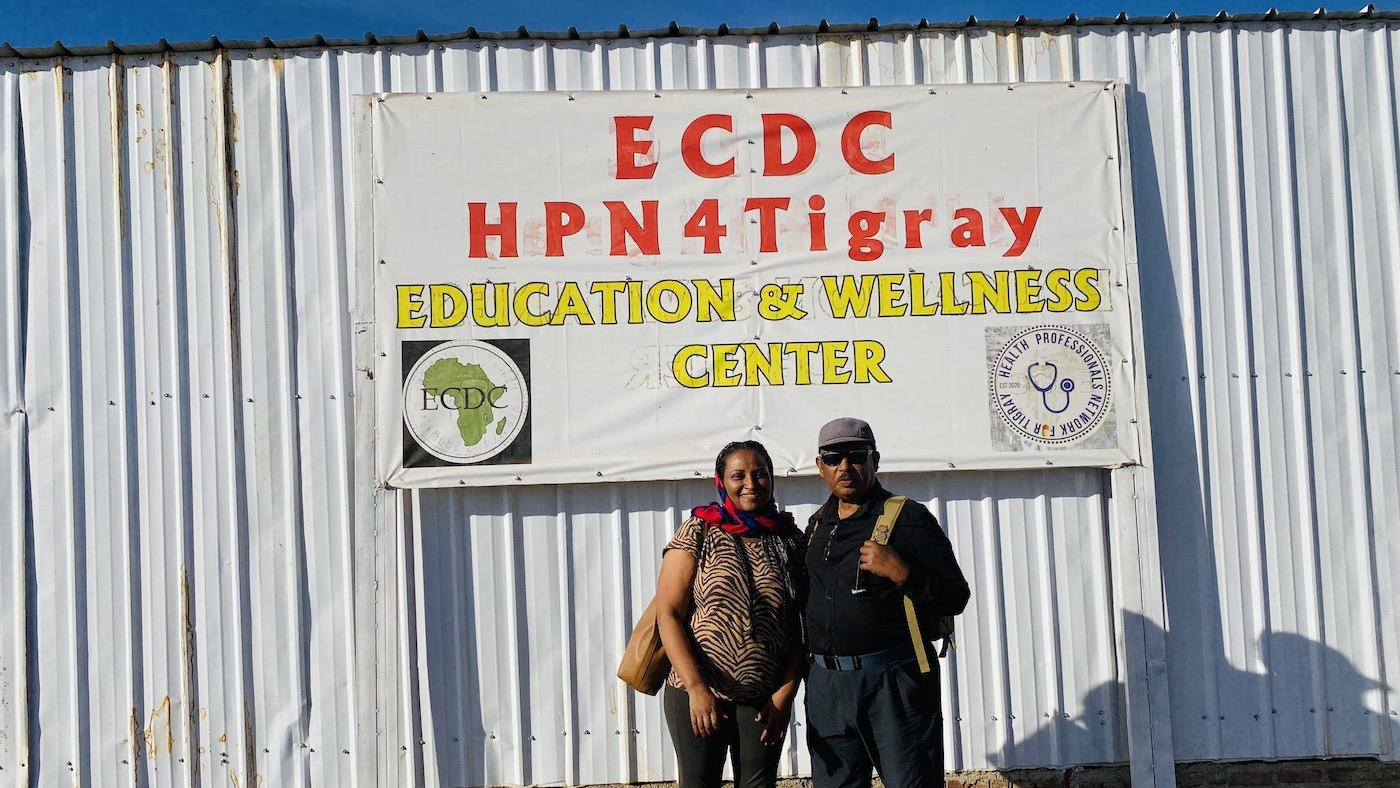 Fundraising by Tigist Reda (pictured) for Tigray has helped build a wellness center at a refugee camp in Sudan. Photo: Courtesy Tigist Reda

For almost two years, Tigist Reda, the chef and owner of Demera Ethiopian Restaurant in Uptown, has barely been able to communicate with her family back in the Tigray region of Ethiopia, which has been the site of off-and-on violent conflict since November 2020. She only heard that her brother had a baby secondhand via a WhatsApp text. She hasn’t been able to reach her 68 year-old mother or other siblings.

There are desperate shortages of food, fuel, and medicine in Tigray, with the United Nations estimating that nearly half of the region’s six million people are on the verge of starvation. Aid organizations have struggled to deliver food, fuel, and medicine, due in part to the reluctance of the Ethiopian government to allow aid to reach the Tigray forces whom the government has been battling. Thousands of people have been killed in the conflict, which began after the Ethiopian government began a military campaign in Tigray, the base of rivals to Prime Minister Abiy Ahmed.

“Right now, Tigray has no bank, no internet, no phone, barely light. People have not been paid salary for over ten months,” Reda says. “And if you walk out on the street [in the United States], no one knows this is happening.”

Reda is working to change that—and even more so, to help people whose lives have been upended by the conflict in Tigray. She has been holding pop-ups and other events for more than a year to raise more than $110,000 to benefit women and children who have fled Tigray and are living in refugee camps in Sudan. On September 21 at the National Museum of Puerto Rican Arts & Culture in Humboldt Park, she will host her biggest fundraiser yet: Chicago Chefs Cook for Tigray. 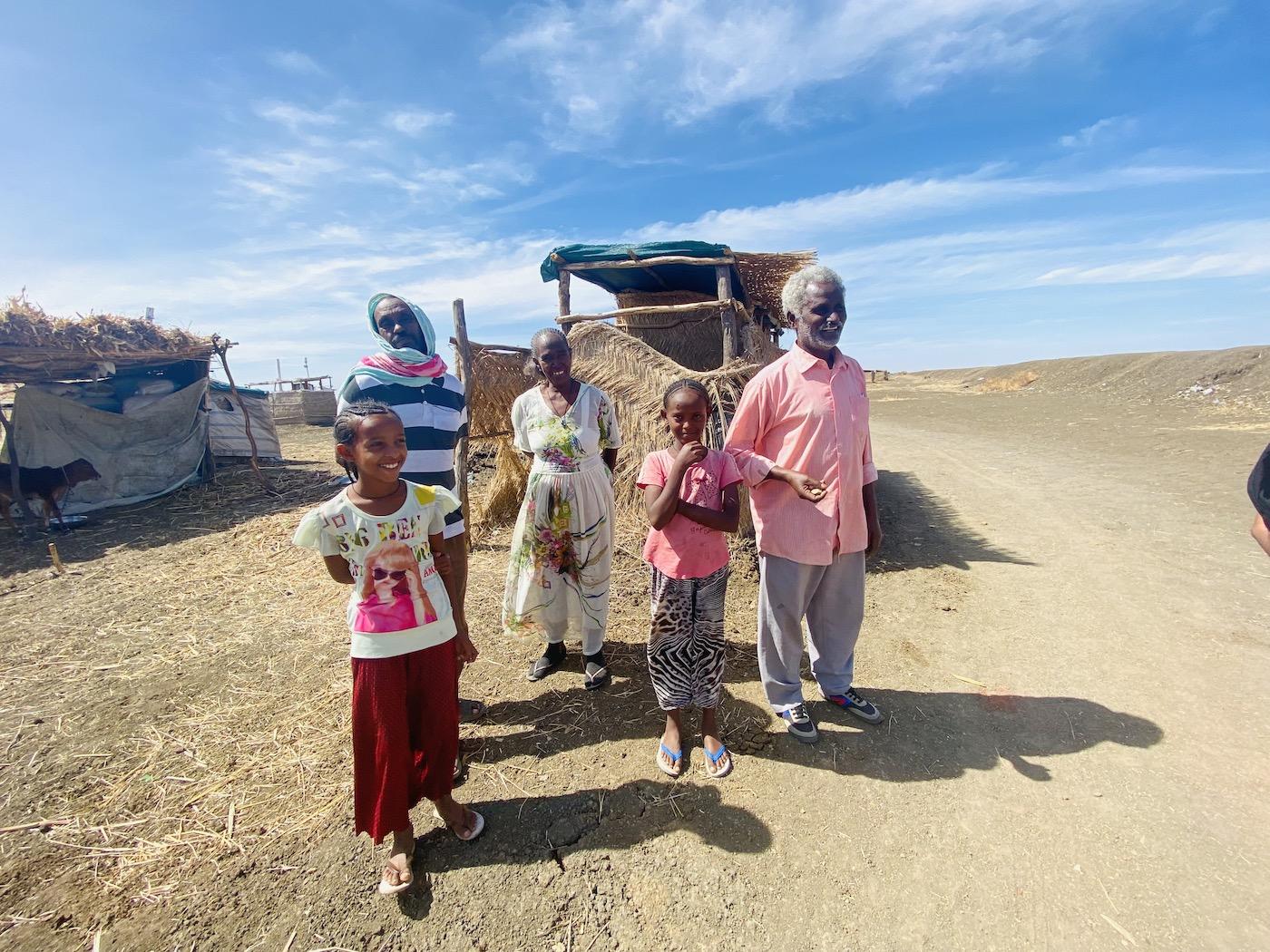 "I can't stop the war, but I can do something," says Reda about helping people who have fled Tigray to refugee camps in Sudan. Photo: Courtesy Tigist Reda

The event will feature food from an all-star line-up of Chicago chefs that includes James Beard Award medalists, a Top Chef winner, recipients of Michelin stars, and neighborhood favorites, in addition to music and some speeches.

Reda took part in a similar fundraiser organized last year by Sarah Stegner of Prairie Grass Café and others for Ukraine. “I was glad to do it—I know what they’re going through,” she explains. “But it started a conversation: ‘By the way, do you know this is also happening in Ethiopia and Tigray?’ So we asked the chefs, and they were like, ‘Definitely, we’ll do it.’ I’m hoping it’s much, much bigger than what I was able to do on my own.”

The money raised will go to Health Professional Network for Tigray, which has set up wellness centers, pharmacies, and operating rooms for delivering babies in the refugee camps in Sudan. They also provide food and other aid. Reda directs her fundraising primarily to their work with women and children, for instance a school lunch program run through HPN’s wellness center. 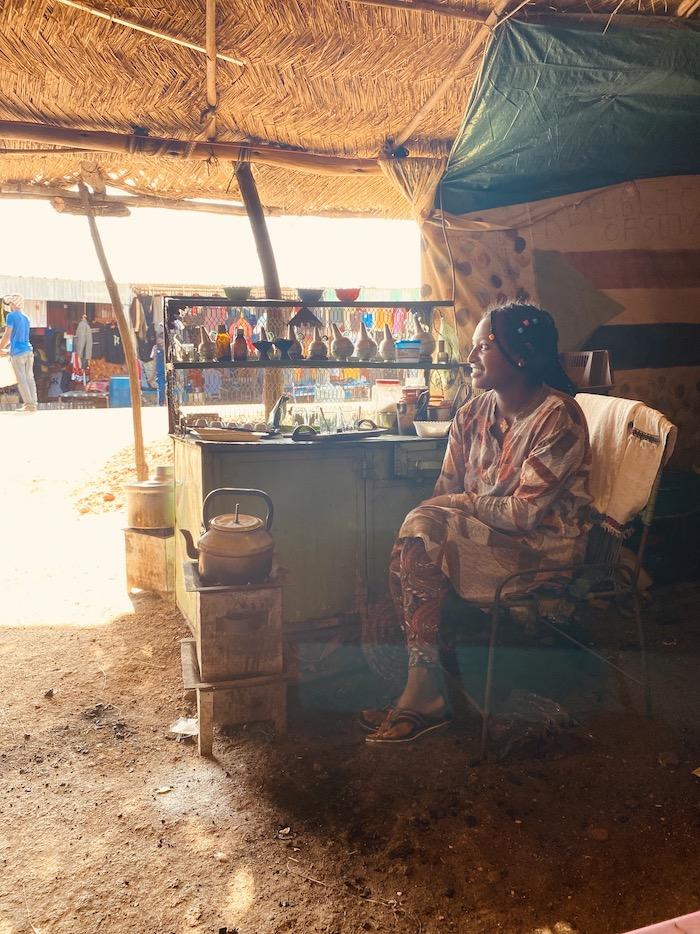 Reda has also supported women running small businesses such as this cafe in the refugee camps. Photo: Courtesy Tigist Reda “My focus has been especially women that have experienced gender-based violence but also children,” she says. “We saw a lot of malnutrition within the kids at the age which affects their development. We wanted to fill in that gap. Kids coming to school hungry was…It just came close to my heart because I have an 11 year-old, and food is what I do.”

Reda also helps women in the refugee camps set up small businesses such as cafes or spice shops, but she also knows that food and medicine are necessities that come before even a livelihood. “You have to eat and be healthy to do anything, even to support yourself,” she says. She has heard stories from doctors who have no medication to treat patients, or don’t have enough food to feed them even once a day.

“I don’t want to give up hope,” she says, even as fighting flared up again after a truce of several months. “We have to be the hope for them, because we have access to all of these things.”

While Reda has not been able to see her family in Tigray, she visited two refugee camps in Sudan in January and was able to see the effects of her fundraising, observing HPN’s wellness centers and meeting some of the women who have set up businesses. She plans to make another trip in December. “We heard a lot of the stories of what happened to our people, to women,” she says. “To actually sit down and talk to them was overwhelming. But also, I was at peace because I was no longer worried. When you’re here [in Chicago], you’re just worried.”

She has been able to deal with that worry, which was at first almost incapacitating, by fundraising and helping from afar. “It has been lifesaving,” she says. “This just gives me focus. To put all that energy somewhere, it honestly just feels good that at least I can do something. I can’t stop the war, but I can do something.”